In the Beginning: Fernando Botero

Fernando Botero (1932 - ), Wikipedia entry here, is not one of my favorite artists, as I have posted. I like neither his art nor his politics, but do not particularly begrudge his success.

Since the mid-to-late 1950s, when he was in his 20s, Botero stumbled on his trademark subject matter of grossly fat people. That takes in nearly his entire career. But for a few years his style was different, though quickly evolving into what made him wealthy.

I found a few examples of the early Botero to show you: 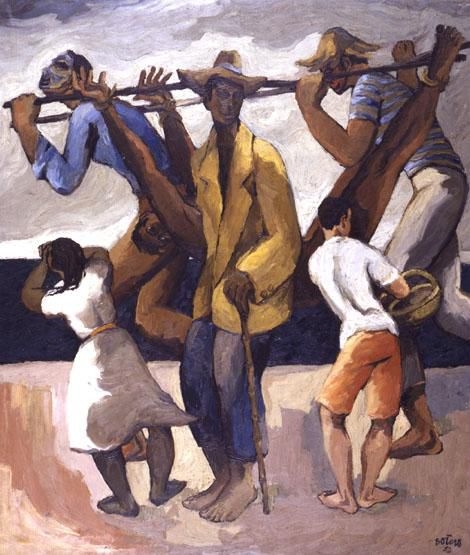 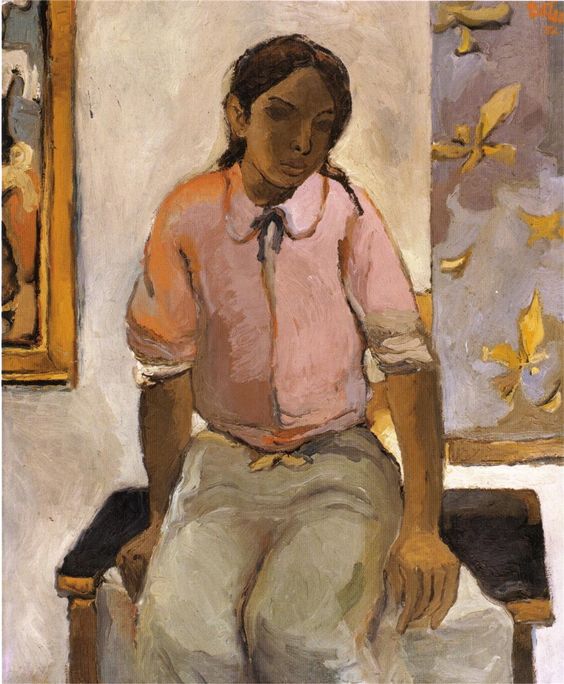 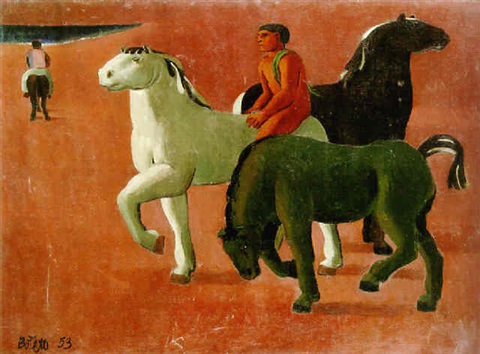 Horses on the Beach - 1953
Now we see some unnaturally chubby horses. 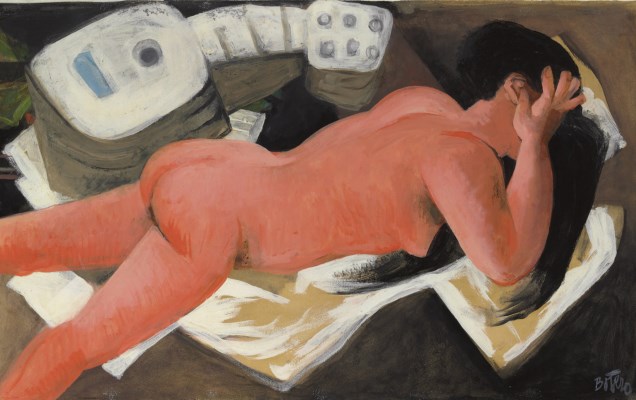 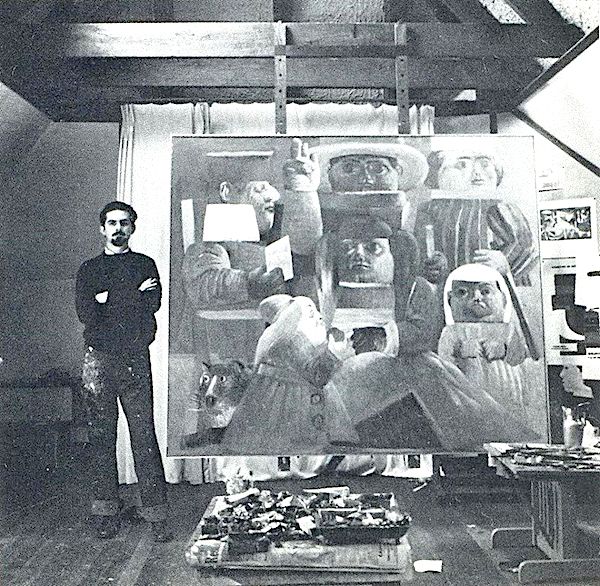 Photo a Botero with La Camara degli Sposi (Homena a Mantegna) - c. 1961
I almost think the overweight Diego Rivera should have been the artist here and not the normal-size Botero.
Posted by Donald Pittenger at 1:00 AM

You're right about him, I like his early style a lot better than this gimmick that became his trademark.