Anatol Kovarsky (1919-2016) was born in post-revolutionary Russia, lived in Poland and France until 1941, then was able to escape to the USA. He became a cartoonist for The New Yorker magazine, later concentrating on painting. Some biographical information can be found here, though you will have to scroll down to find it.

Given The New Yorker's method of supplying cartoon ideas to its cartoonists, it can be difficult to be sure which ideas came from the artist and which from others. That said, Kovarsky cartoons had a unique "feel" to them, so I suspect many or even most ideas were his own.

Art was a major subject for him. Below are examples. 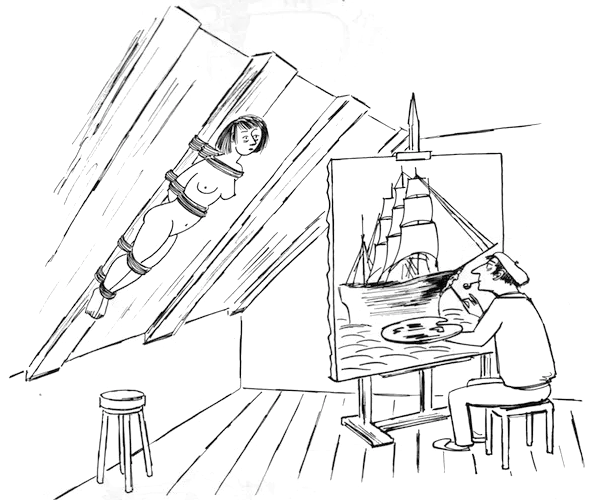 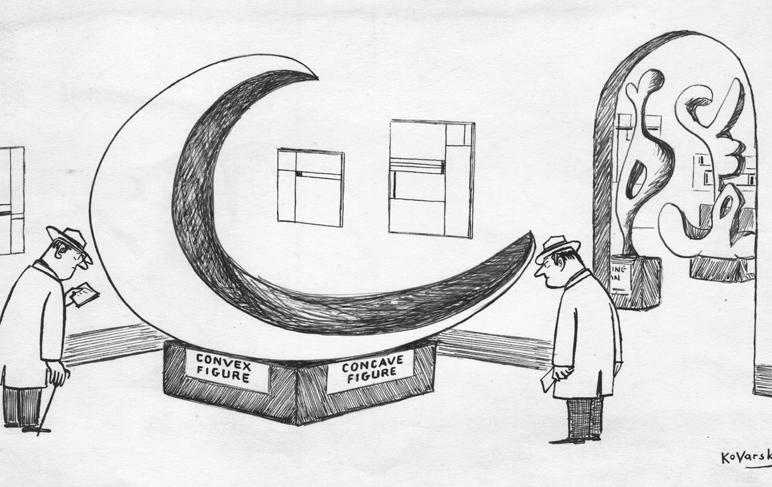 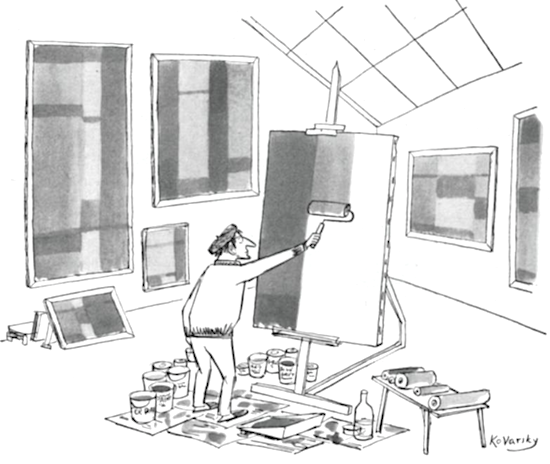 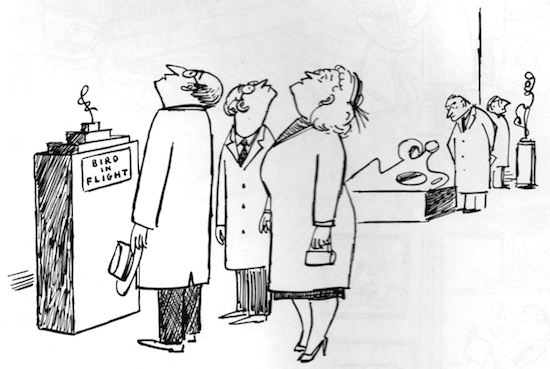 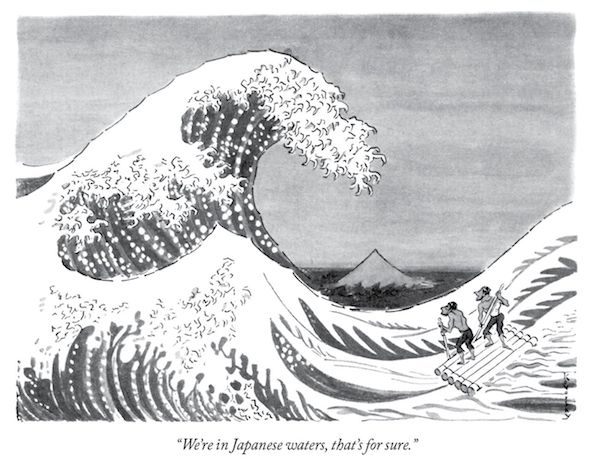 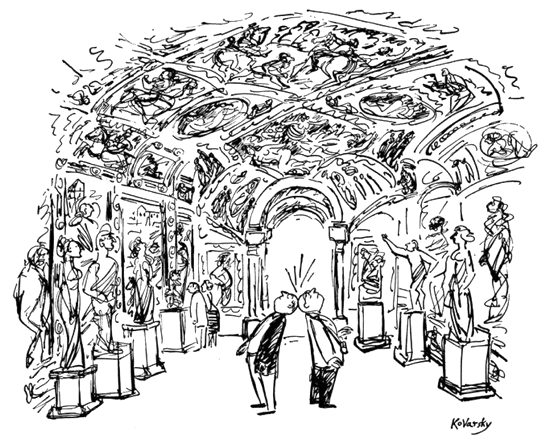 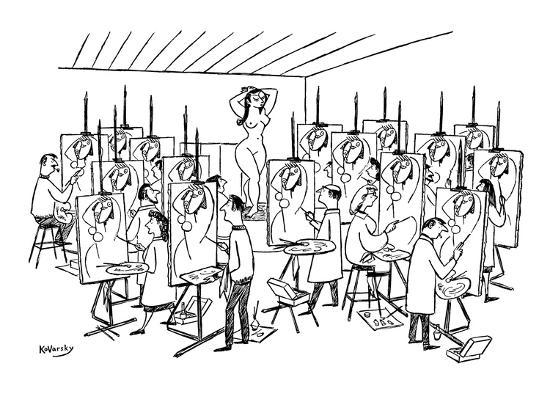 Now for two cartoons that might be considered politically questionable nowadays ... enjoy! 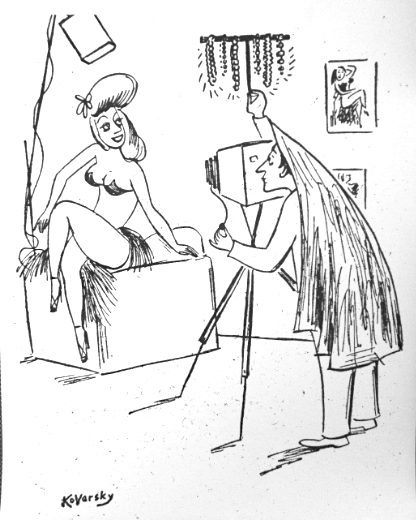 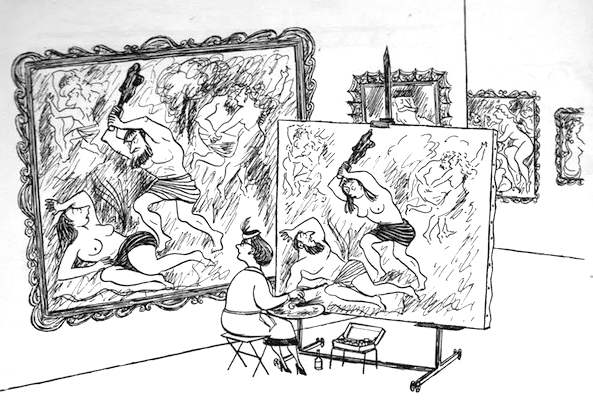