John Melhuish Strudwick (1849-1937) seems to be classified as a Pre-Raphaelite, though that's not strictly so. He was born about the time the Brotherhood was formed, and therefore was never a member and was of the following generation. I think a fair label would be "Victorian."

Strudwick was greatly influenced by Edward Burne-Jones (1833-1898), for whom he was an assistant for a while. It seems that he painted slowly, so his production was not large. Contributing to this was that his sponsors dropped him in the early 1900s and he essentially gave up painting for the next 30 years of his life. This is noted here and here.

Apparently he had salted enough money aside so as to exist without sales of paintings. I wish I knew more about his curious circumstances.

As for his art, it is well-crafted in the Burne-Jones manner. 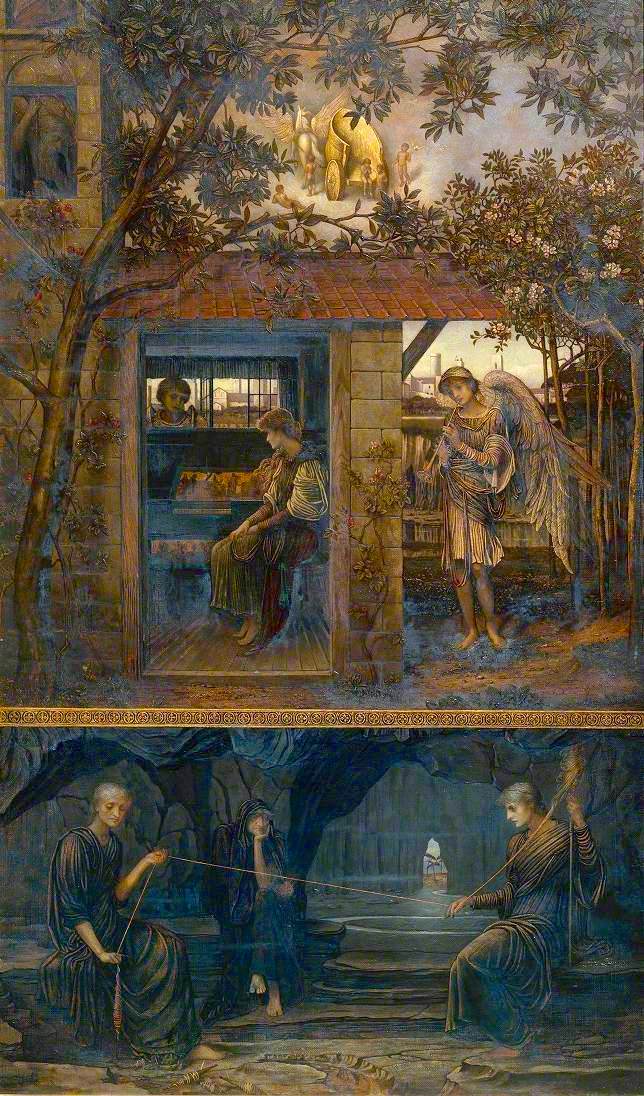 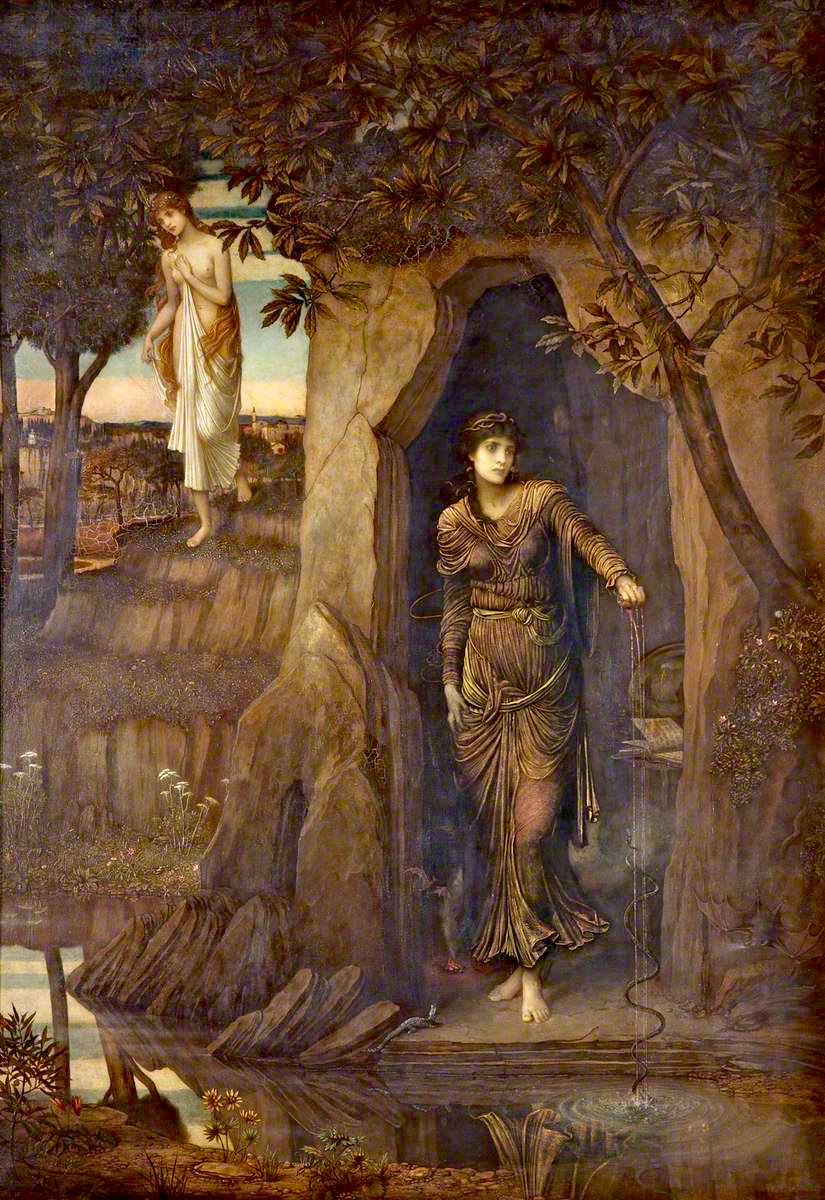 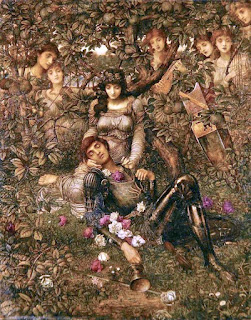 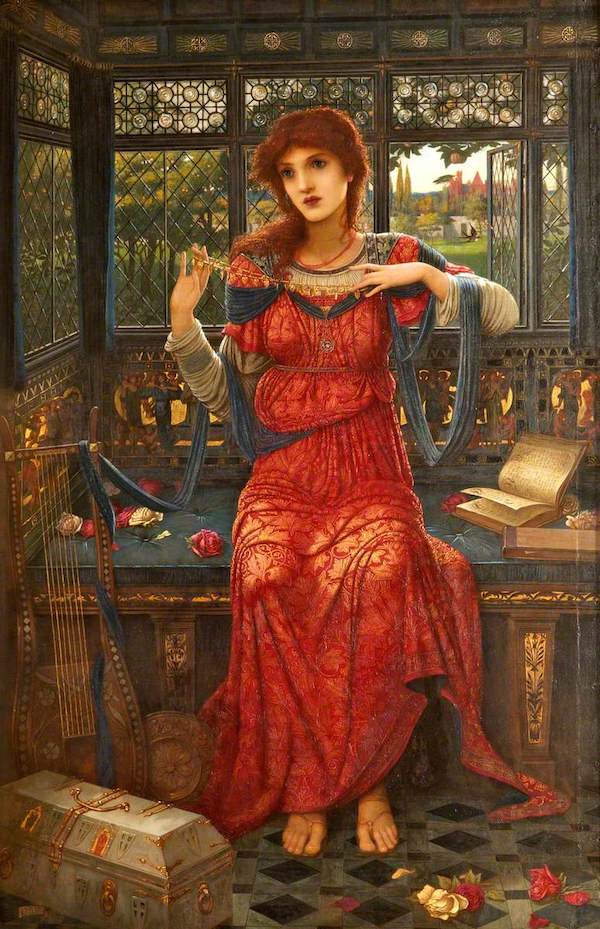 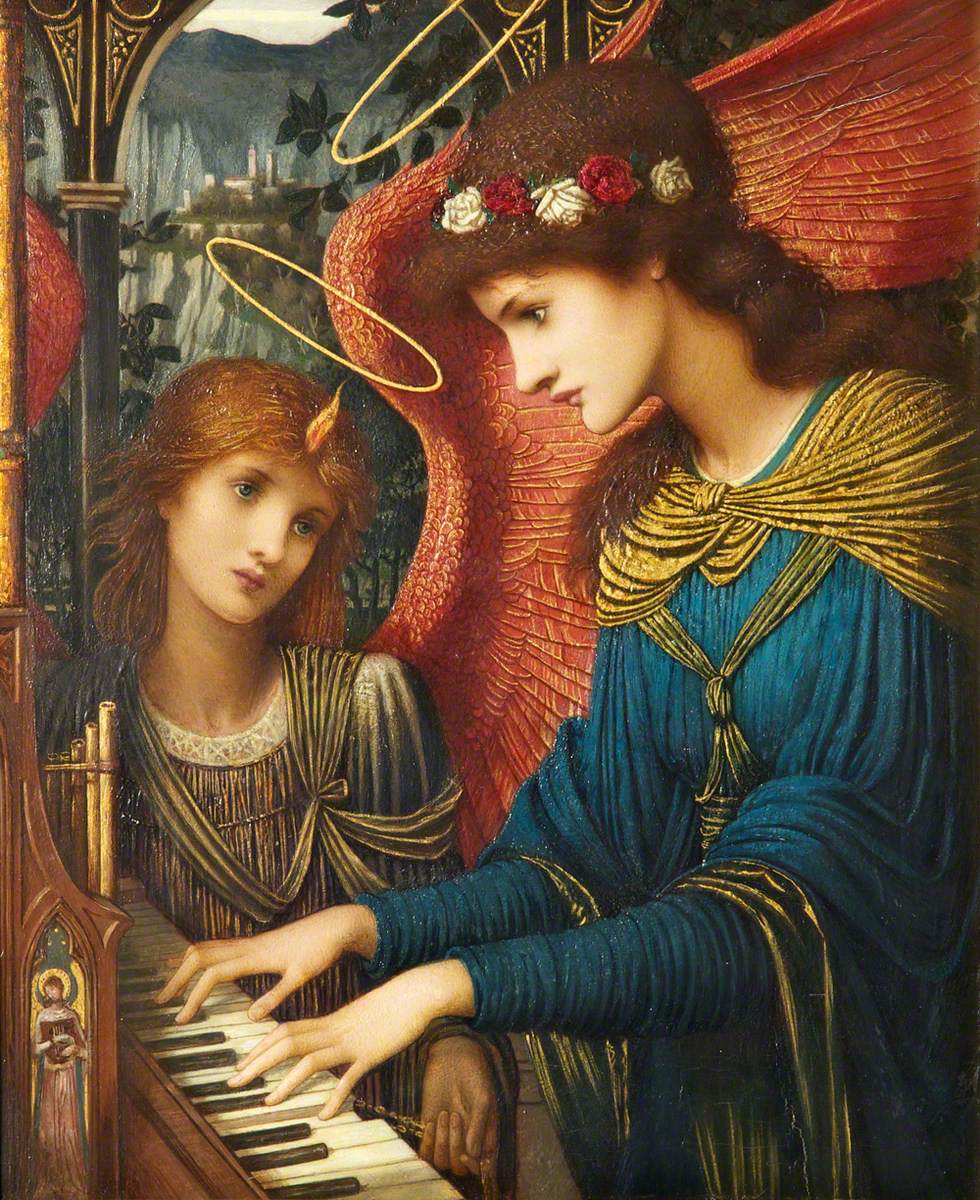 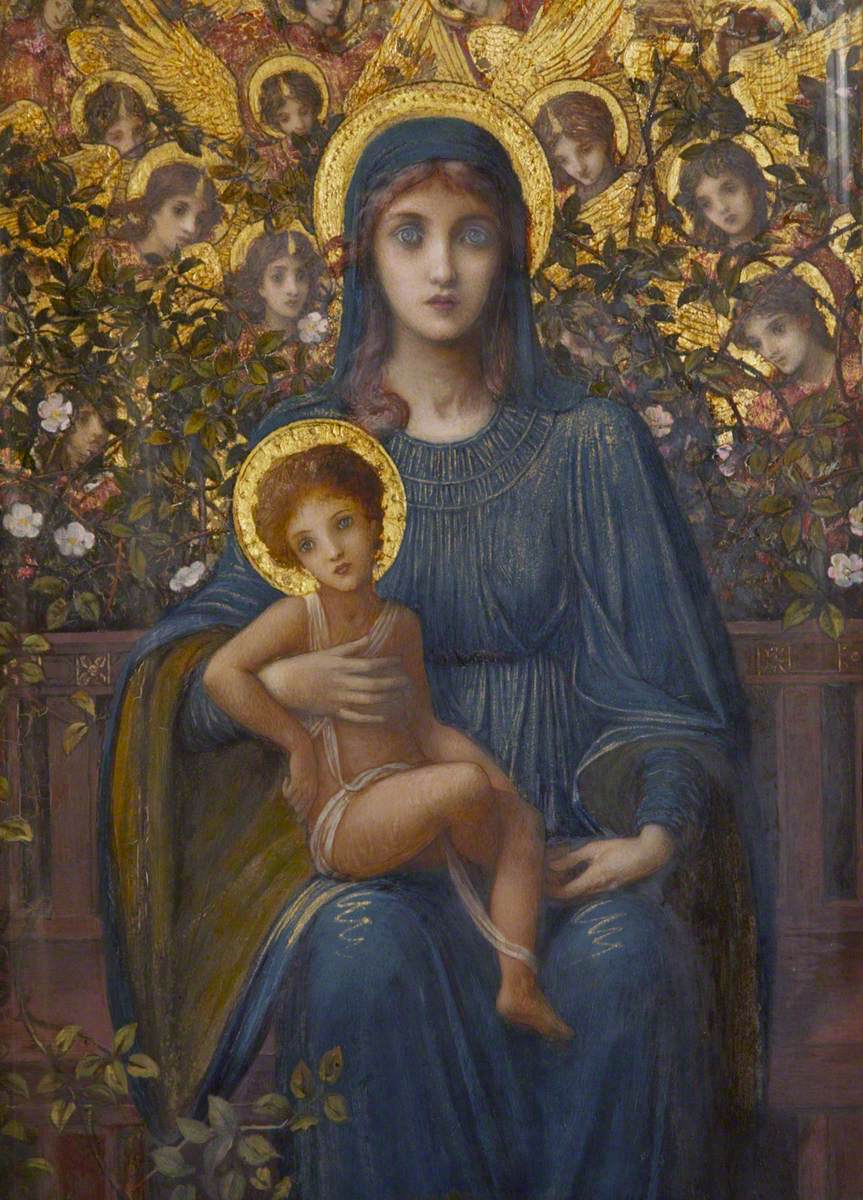 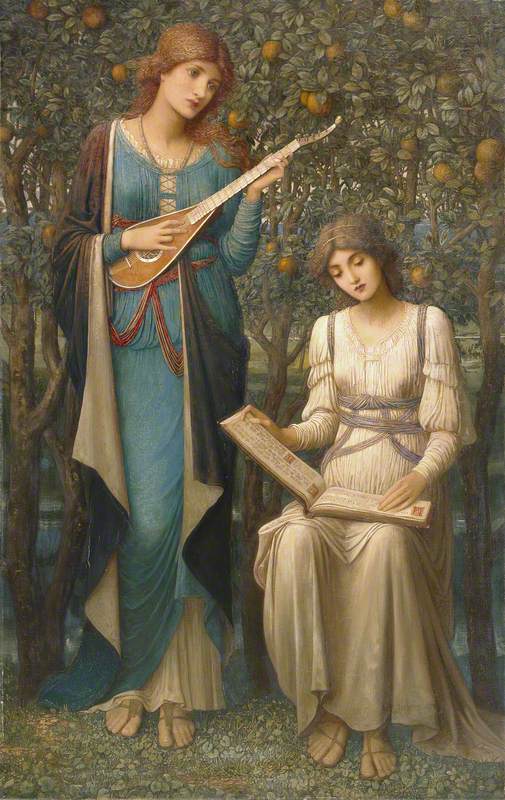 When Apples Were Golden and Songs Were Sweet but Summer Had Passed Away - c.1906 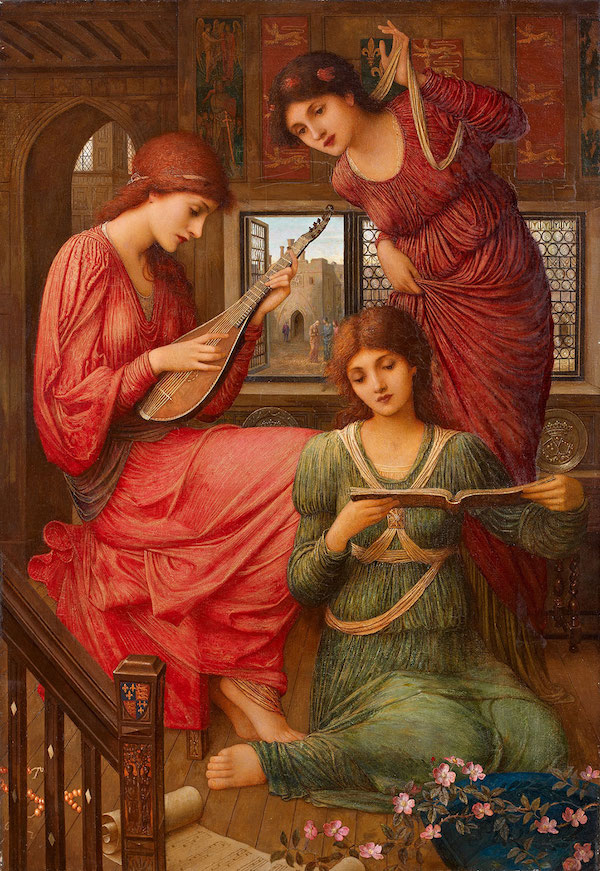