Robert Maxwell Weber (1924-2016) was a New Yorker magazine cartoonist for many years, though his professional career began as a fashion illustrator -- unusual for a cartoonist. He probably didn't realize at the time what a wise career move that was, because fashion illustration began to give way to photography in the 1960s whereas the New Yorker continues to feature cartoons.

For more information on Weber you might link here and here.

Weber's style was sketchy, and done often using charcoal sometimes supported by wash. I suppose he might be rated as an above-average New Yorker cartoonist (its cartoons were well above the general average). But he did not achieve the fame of members of the previous New Yorker generation such as Charles Addams and Peter Arno. 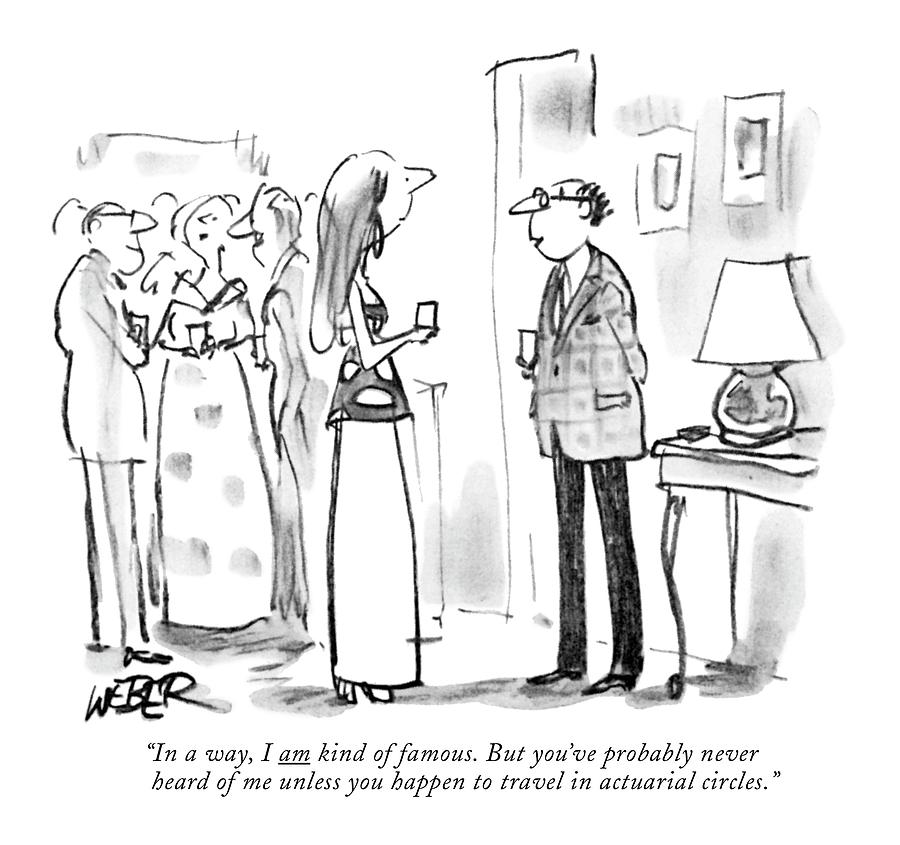 "In a way I am kind of famous.  But you've probably never heard of me unless you happen to travel in actuarial circles."
I happen to be a demographer, a distant cousin of actuarial work. Makes me wonder how famous I am. 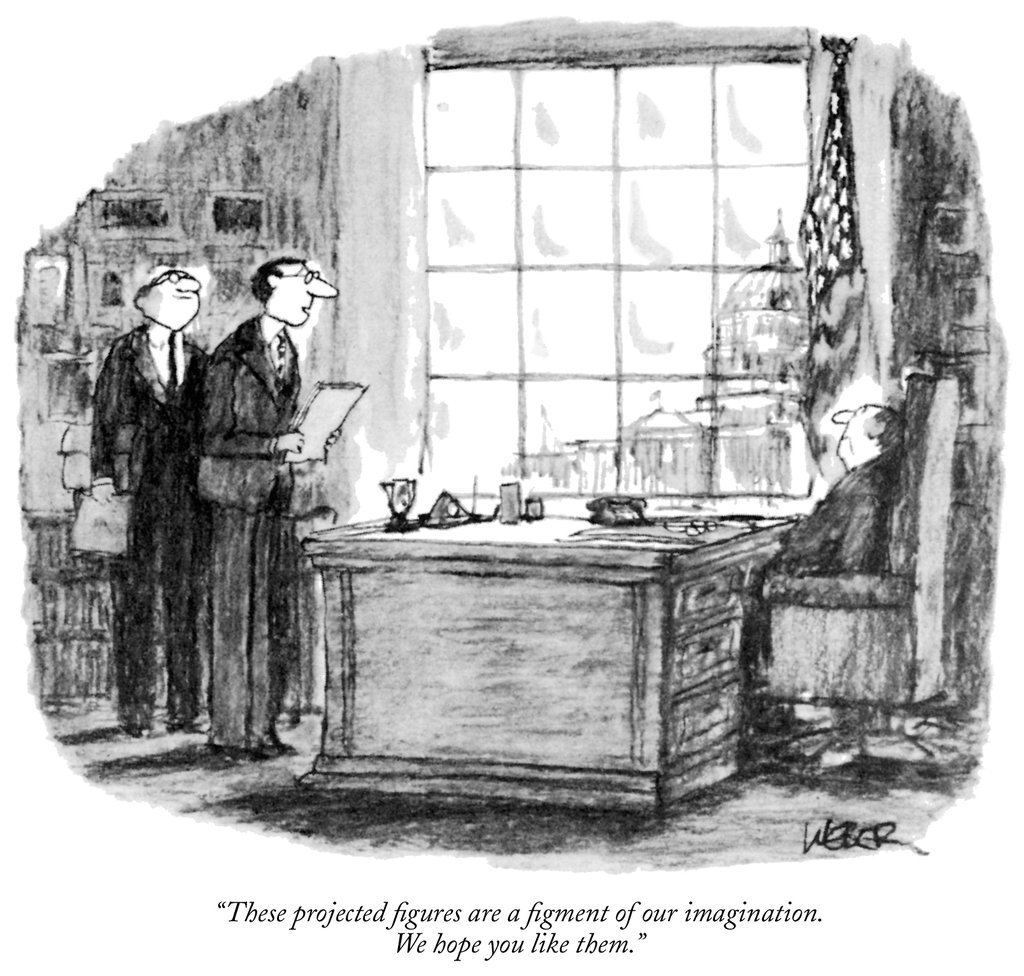 "These projected figures are a figment of our imagination.  We hope you like them."
As the author of a book on population forecasting, this cartoon also hits home. 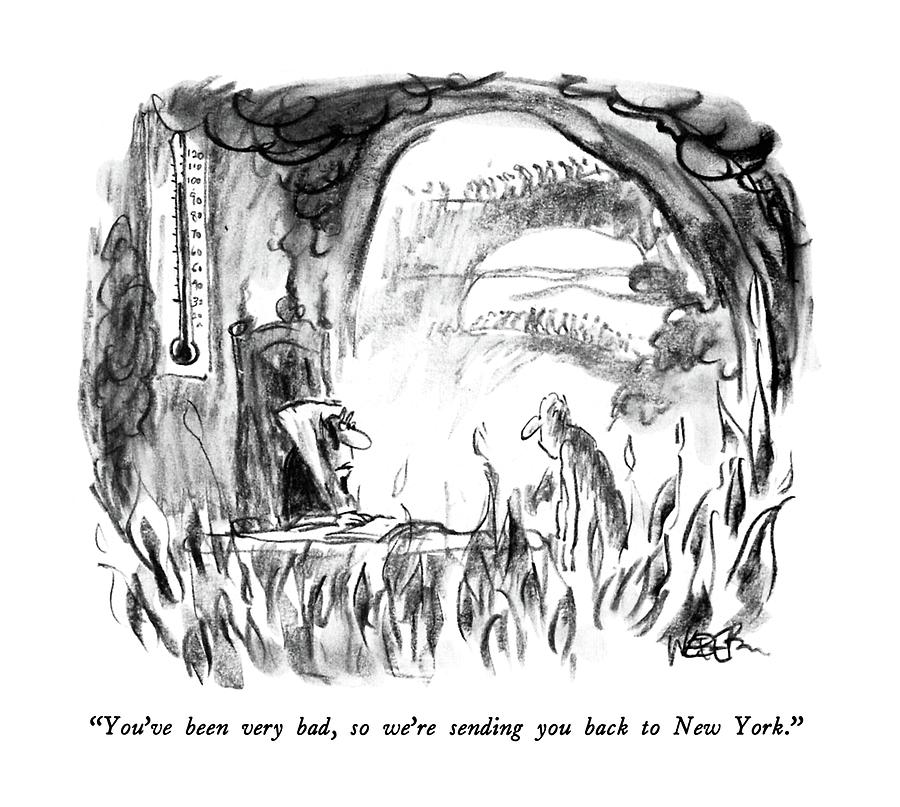 "You've been very bad, so we're sending you back to New York."
Oh so true. 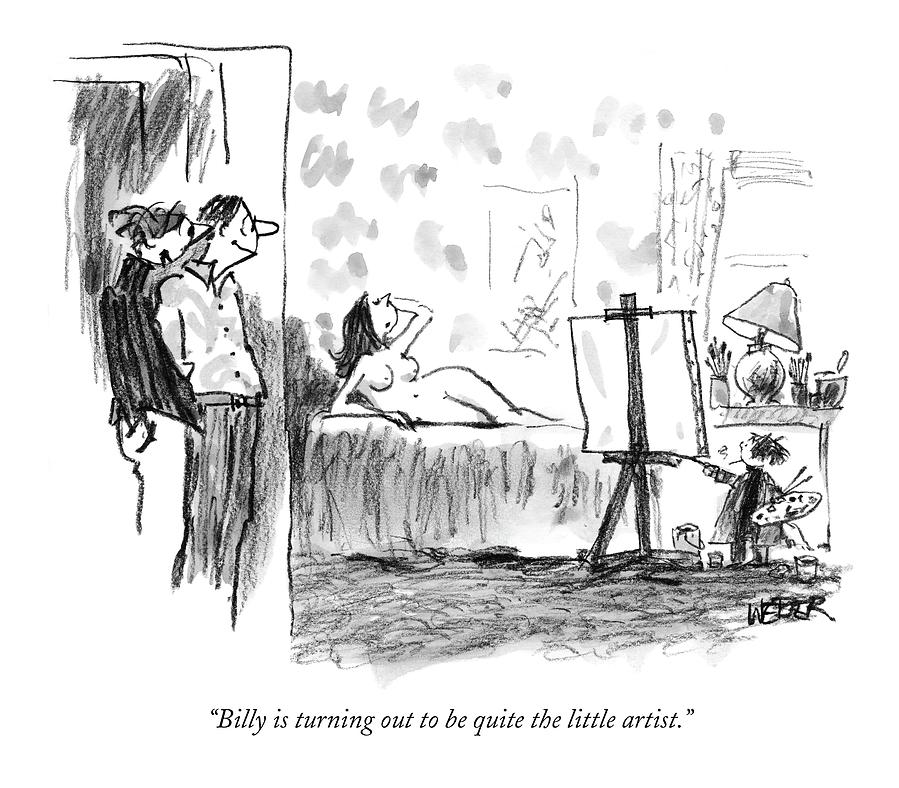 "Billy is turning out to be quite the little artist." 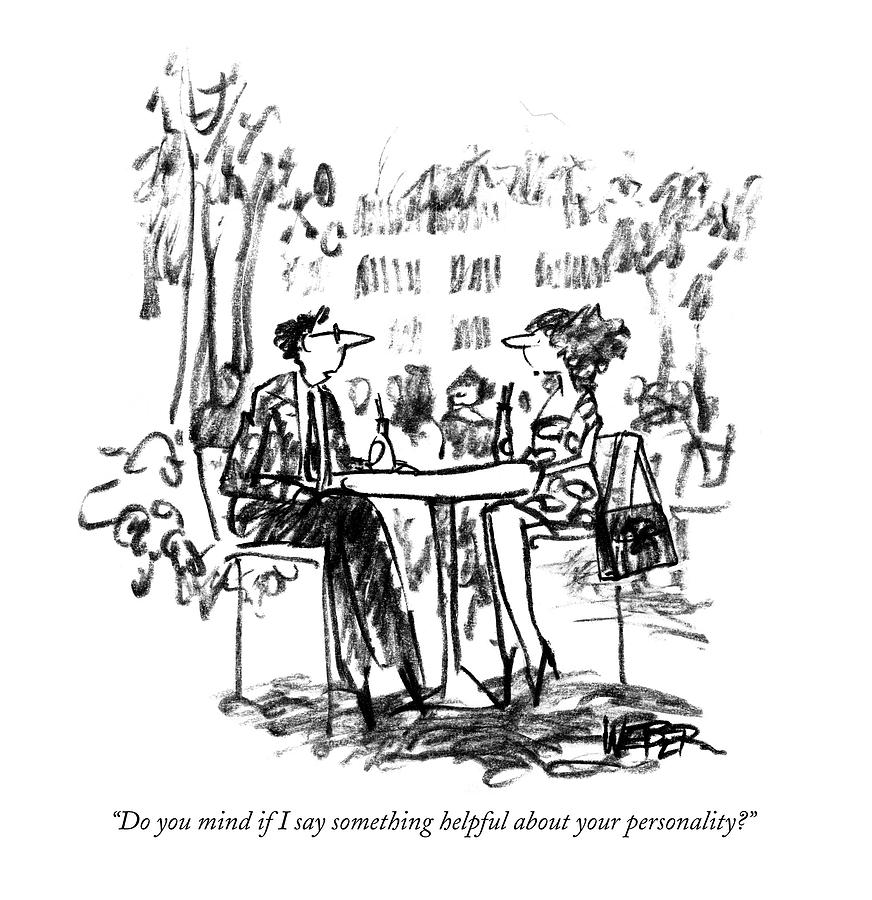 "Do you mind if I say something helpful about your personality?" 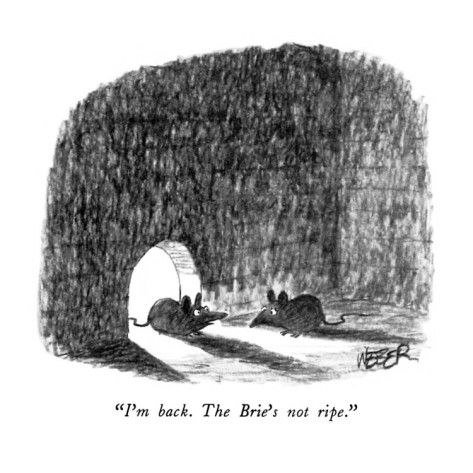