Stanley Cursiter, Painter, Keeper of the National Galleries of Scotland

Stanley Cursiter (1887-1976) was at his best when depicting people, though he dabbled in Modernism early in his career and abstraction towards the end. As this Wikipedia entry mentions, he was born in the Orkney Isles to a well-off family, was an officer during the Great War, and served as Keeper of the National Galleries of Scotland.

I plan to write in more detail about his paintings of women. For now, I offer a sketch of the styles he used. Many of the images are copyrighted by the artist's estate and are shown here to acquaint readers with his work so that they might appreciate his skill. 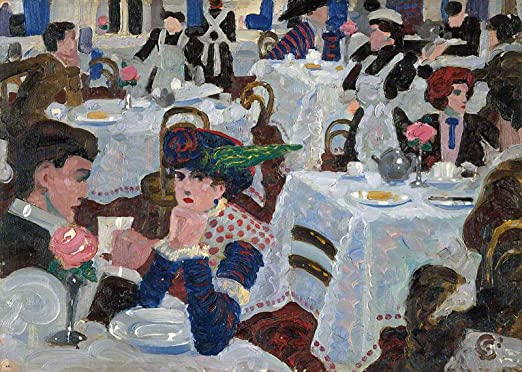 Tea Room - 1913
We begin with several paintings made in 1913.  This was a time when he did a good deal of stylistic experimentation.  Here he simplifies his subjects while painting with heavy brush strokes. 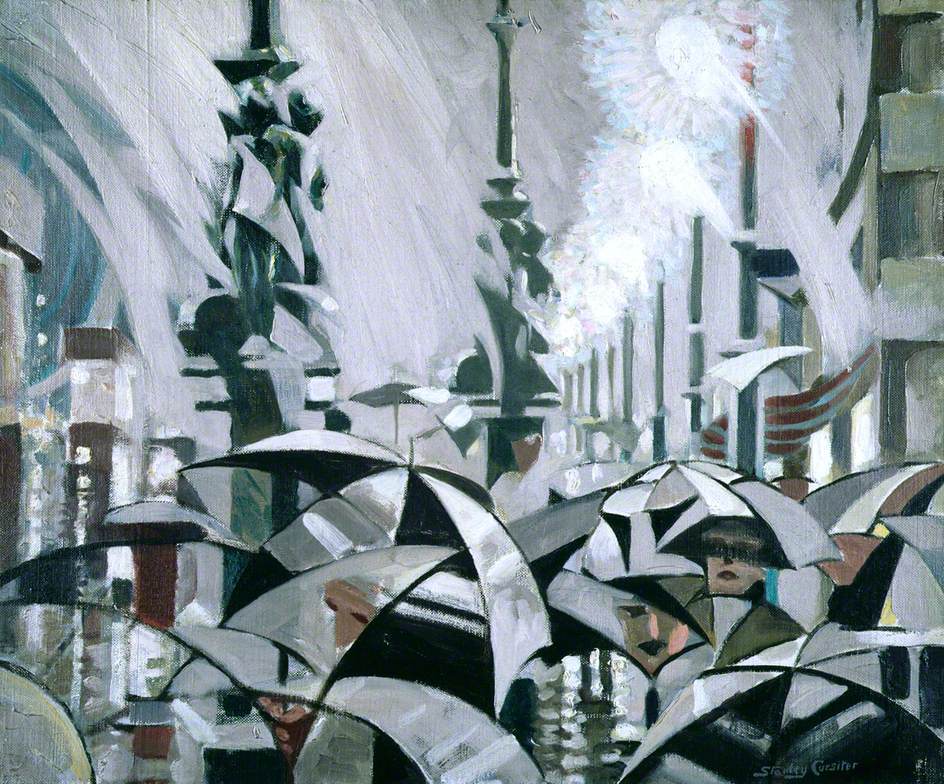 Rain on Princes Street - 1913
Princes Street is Edinburgh's main shopping street.  This somewhat Cubist work shows umbrellas, faces, the facades of stores on the right and stylized versions of monuments that can be seen nearby. 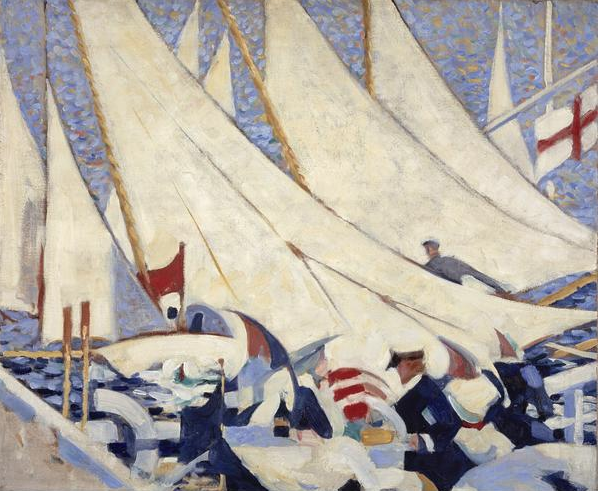 Regatta - 1913
Not Cubist here, but an exercise in patterns with recognizable people and flag of England. 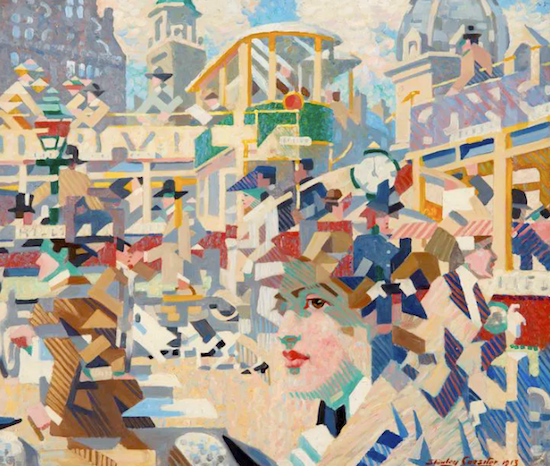 The Sensation of Crossing the Street – West End, Edinburgh - 1913
Finally, fragmented patterns with an image of a woman's face with stylized coloring. 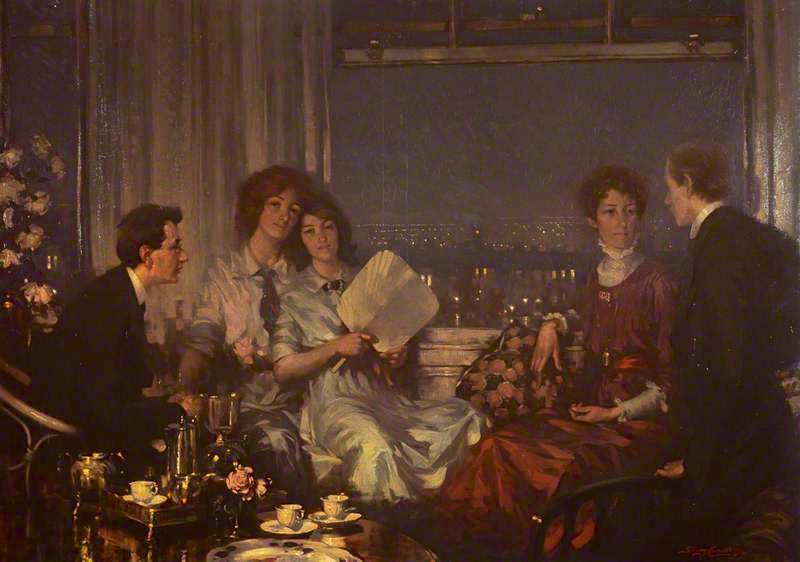 Twilight - 1914
Yet a year later Cursiter painted this representational scene. 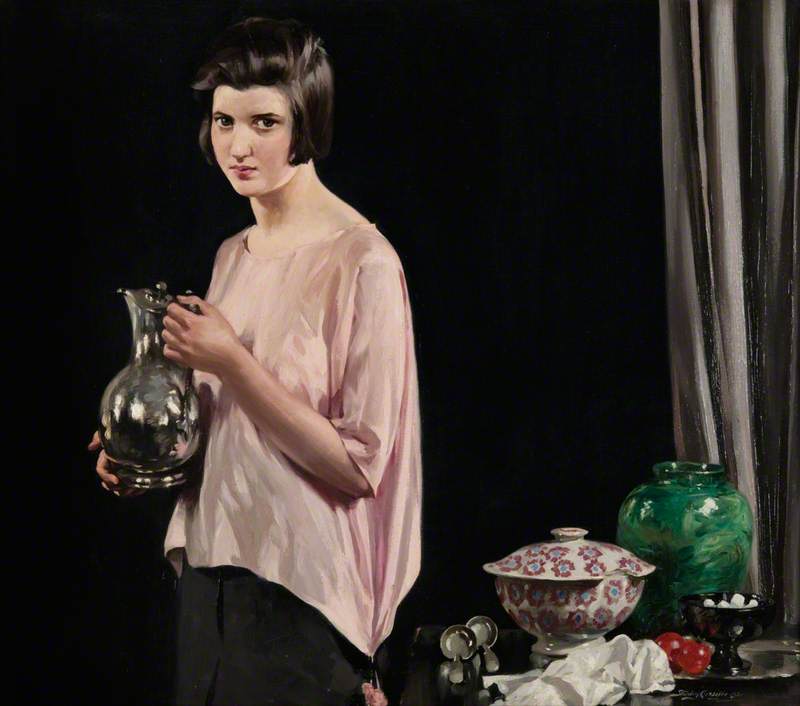 Girl with a Jug - 1921
Representational works continued following the Great War.  Here is a combination of portraiture and still lifes.  This is the style that he did best, in my opinion. Musicians - 1923
I'm not sure about the date because other paintings from that time resemble the previously shown style. 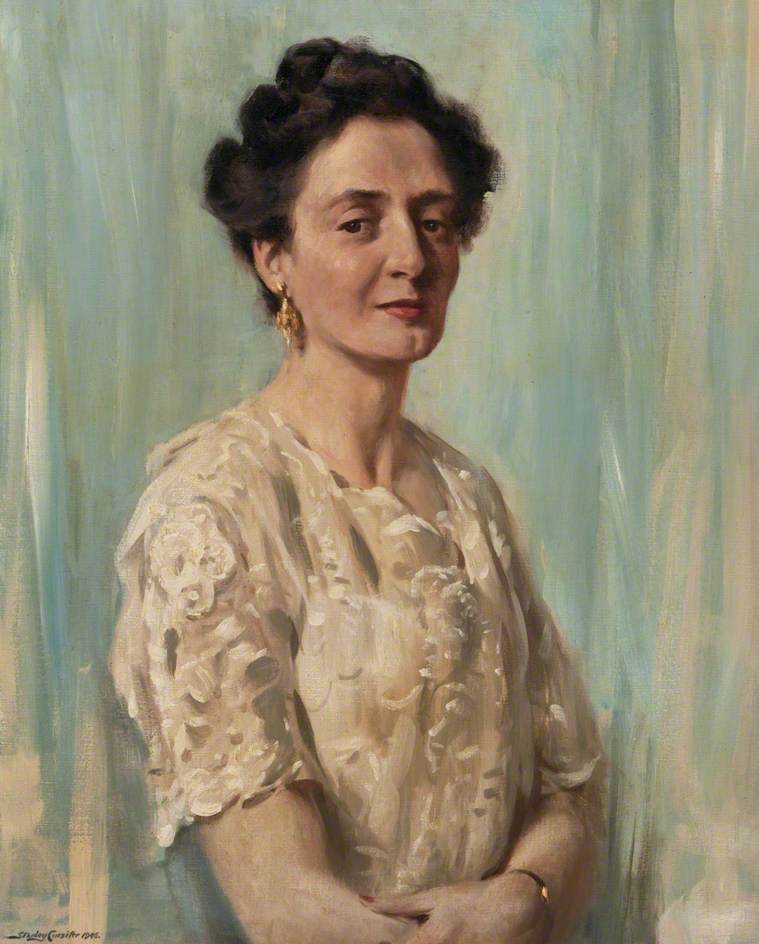 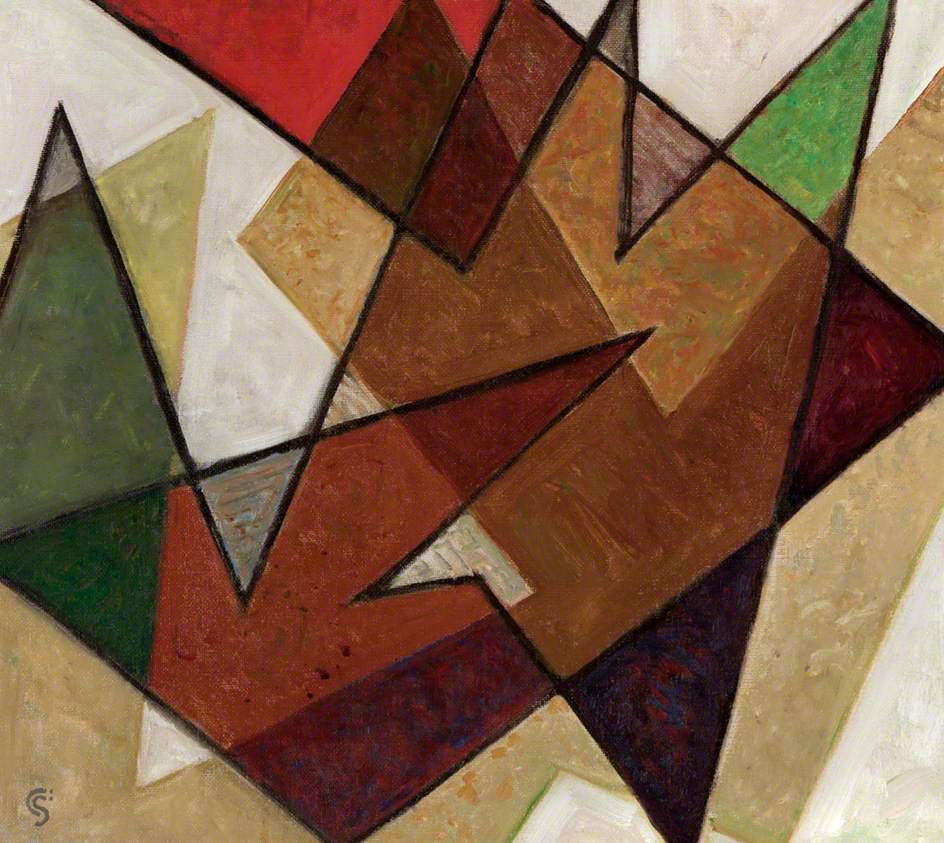 Abstract - c. 1962
Finally, one of the abstractions he painted in the early 1960s.  This sort of image might easily have been made 50 years earlier.
Posted by Donald Pittenger at 1:00 AM