Byam Shaw, Whose Career Was Ended by the Spanish Flu

John Byam Liston Shaw (1872-1919), known as Byam Shaw, was one of those competent British artists who I often write about here. According to his Wikipedia entry, his career began to fade by the early 1900s, so he turned to teaching at what became the Byam Shaw School of Art in London.

Besides painting, Shaw also did illustration. He died early in 1919 due to the Spanish Flu epidemic. 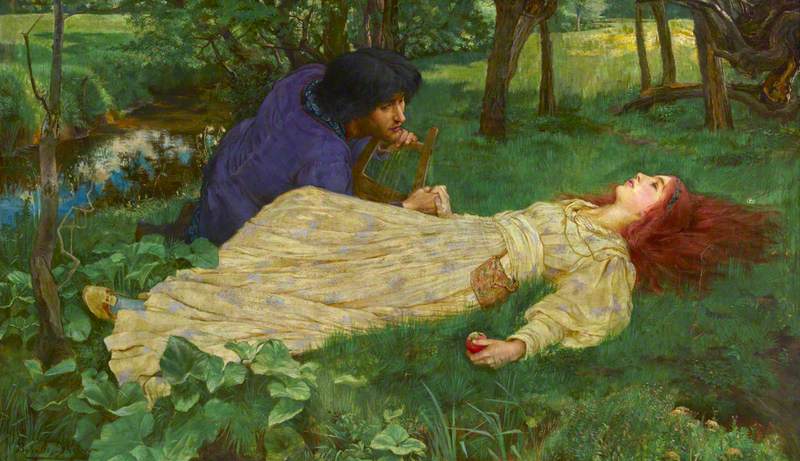 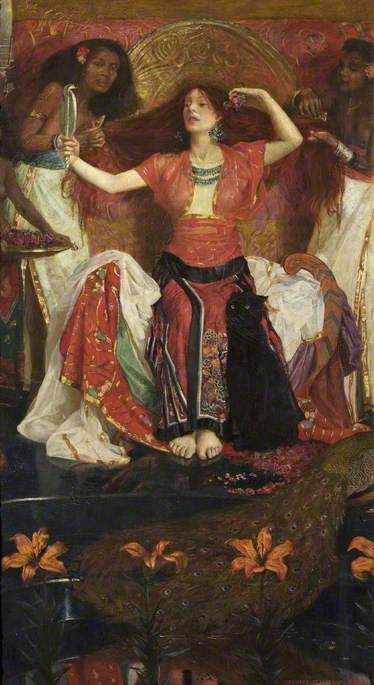 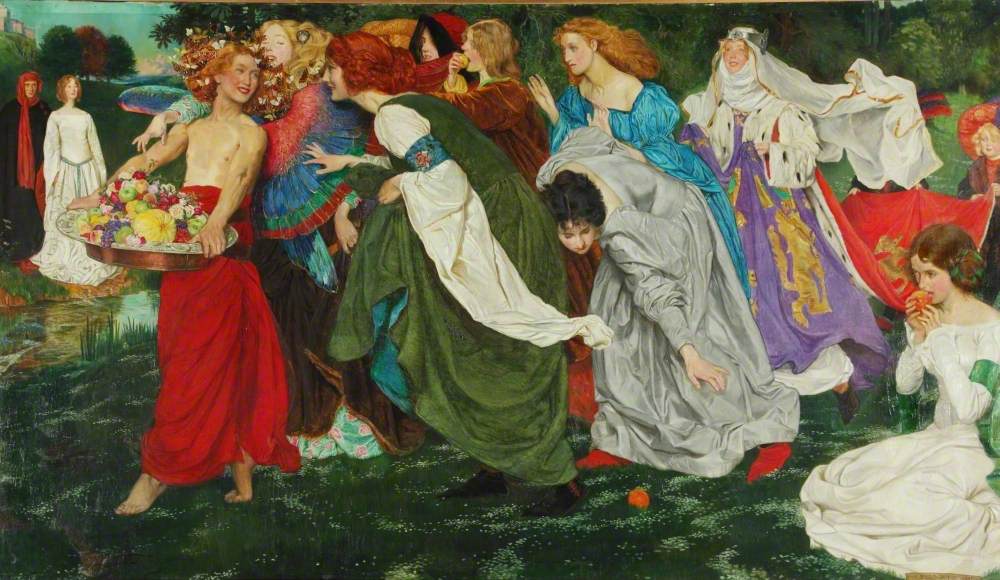 Love's Baubles - 1897
Here his painting becomes slightly more mural-like or even poster-like due to the inclusion of some small areas of flat color. 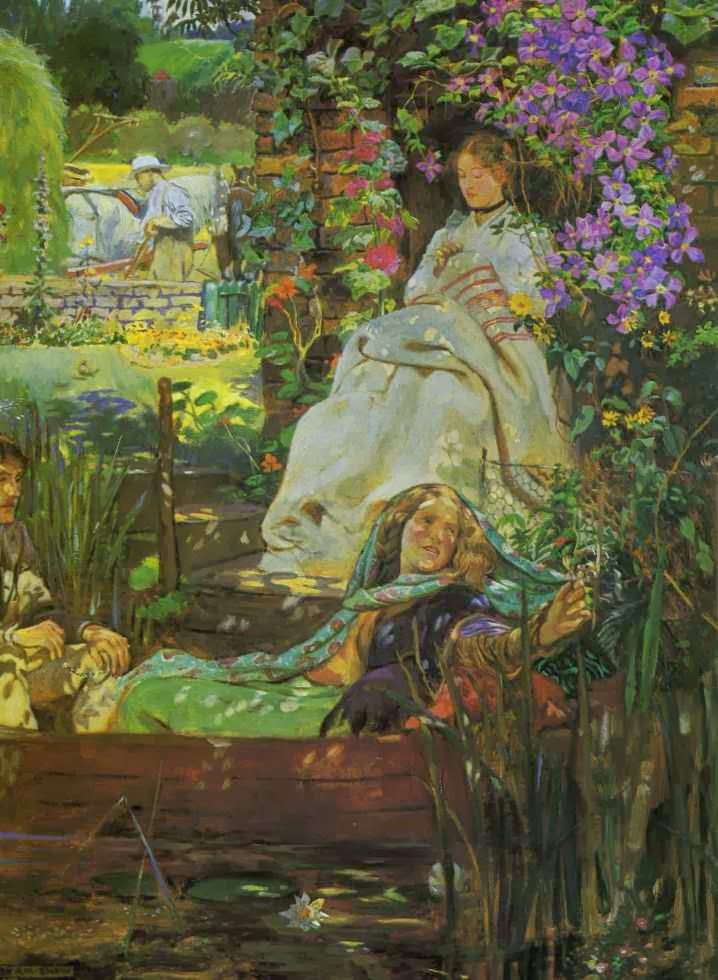 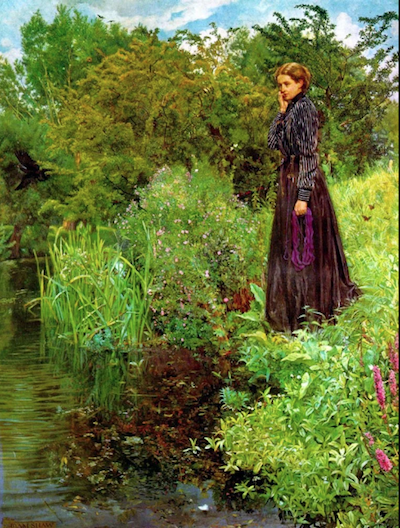 The Boer War, Last Summer Things Were Greener - 1901
Her man was away in South Africa. 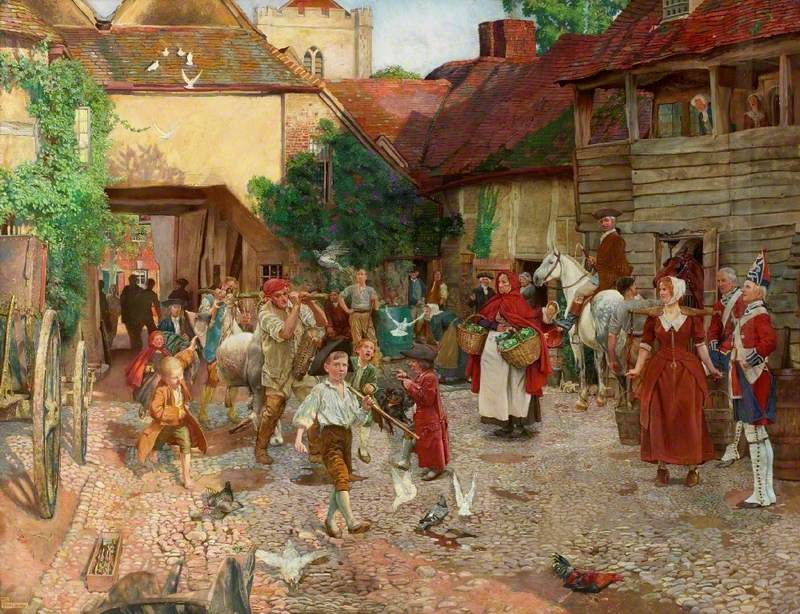 Margaret Nettlefold before Her Dining Room at Winterbourne - 1904
Like many artists in his day, Shaw painted some portraits to earn money. 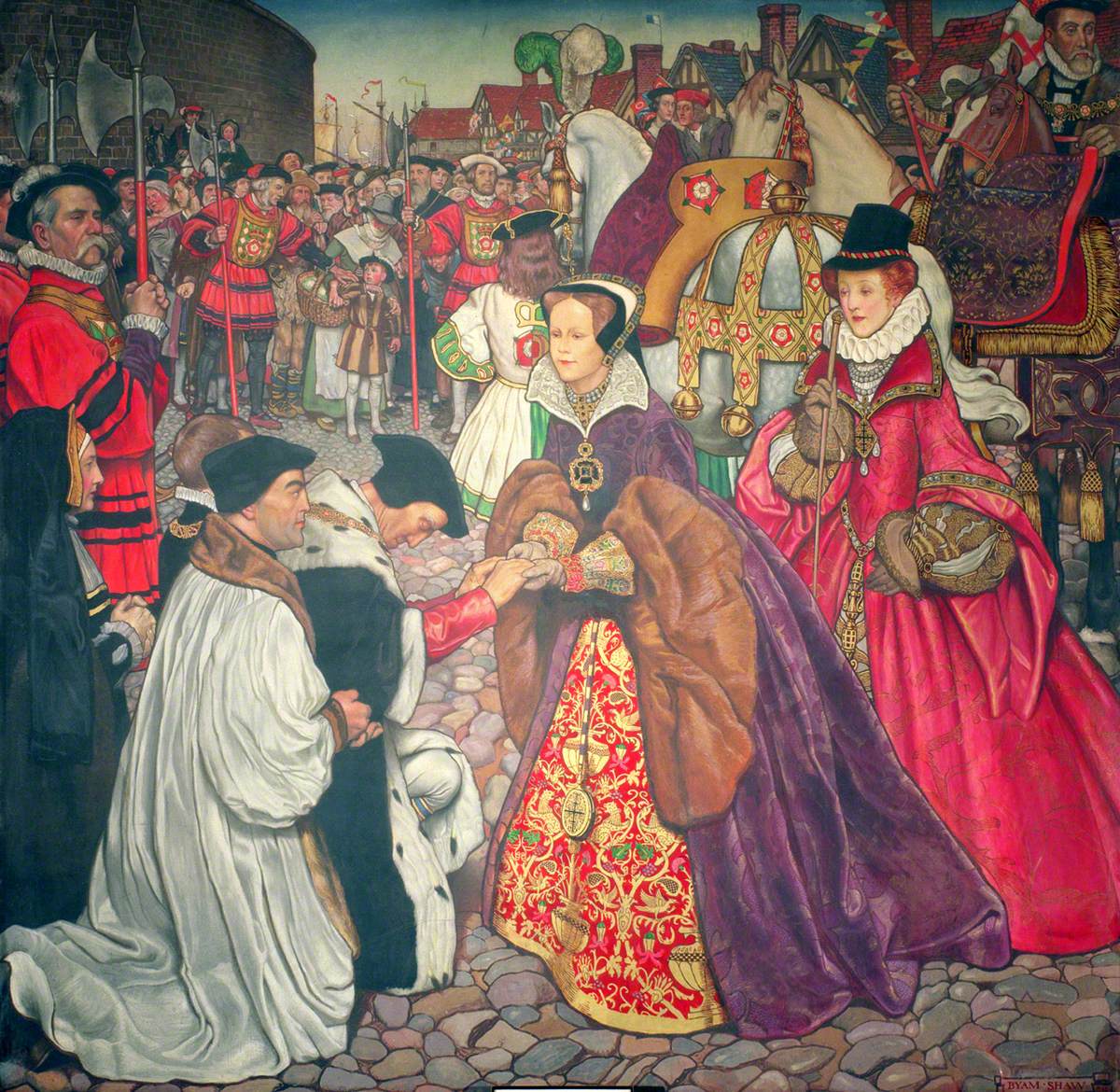 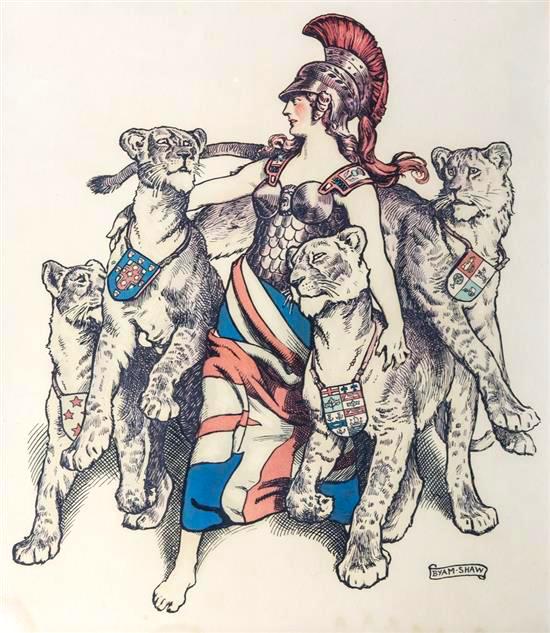 Britannia with lionesses
I don't have a date for this, but it's probably early Great War vintage showing the Empire coming to Britain's help. 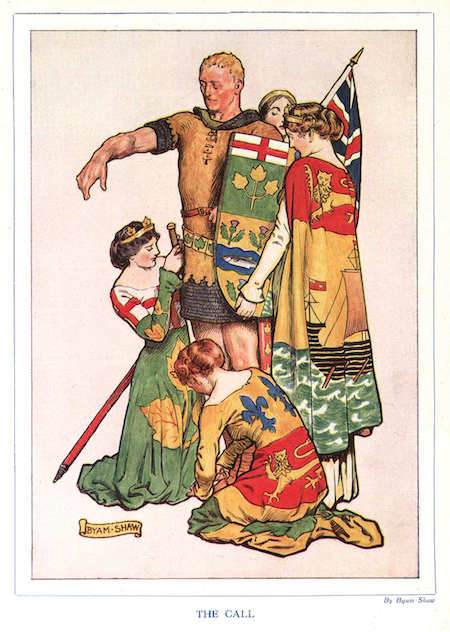 The Call - 1917
An appeal to Canadian patriotism during the war.
Posted by Donald Pittenger at 1:00 AM