Harold Sandys Williamson (1892-1978) was both a Fine Art painter and a commercial illustrator, but mostly the latter. As best I can tell from the limited number of images on the Web, he had no set, distinctive style. His Wikipedia entry is here.

For many years he was head of the Chelsea School of Art. 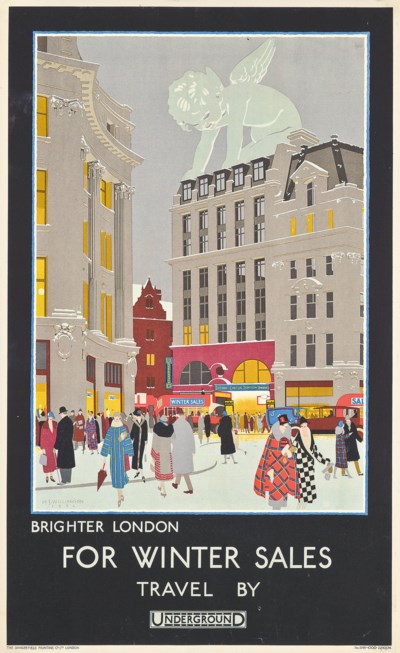 Underground poster - 1924
Also something to do with Valentine's Day? 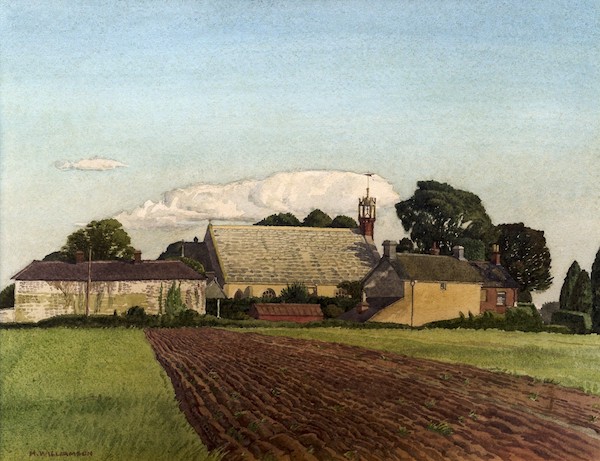 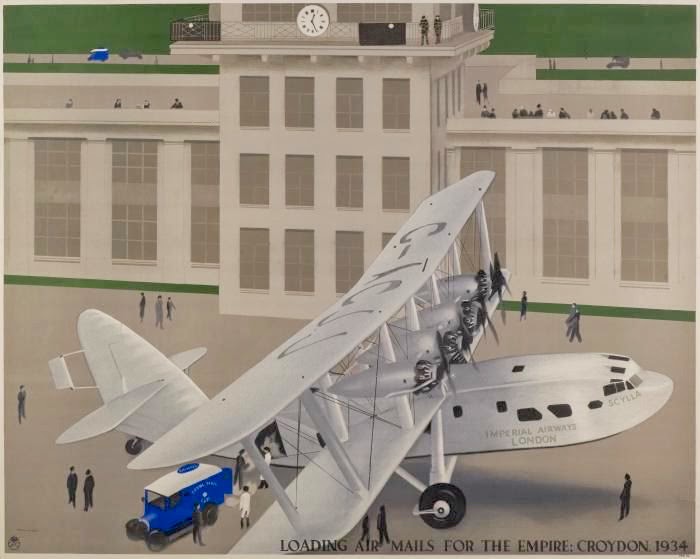 Imperial Airways, Croydon poster - 1934
Perhaps only a segment of a poster.  Croydon, south of London, was the city's main airport for passenger travel to Paris.  The airliner looks curiously toy-like. 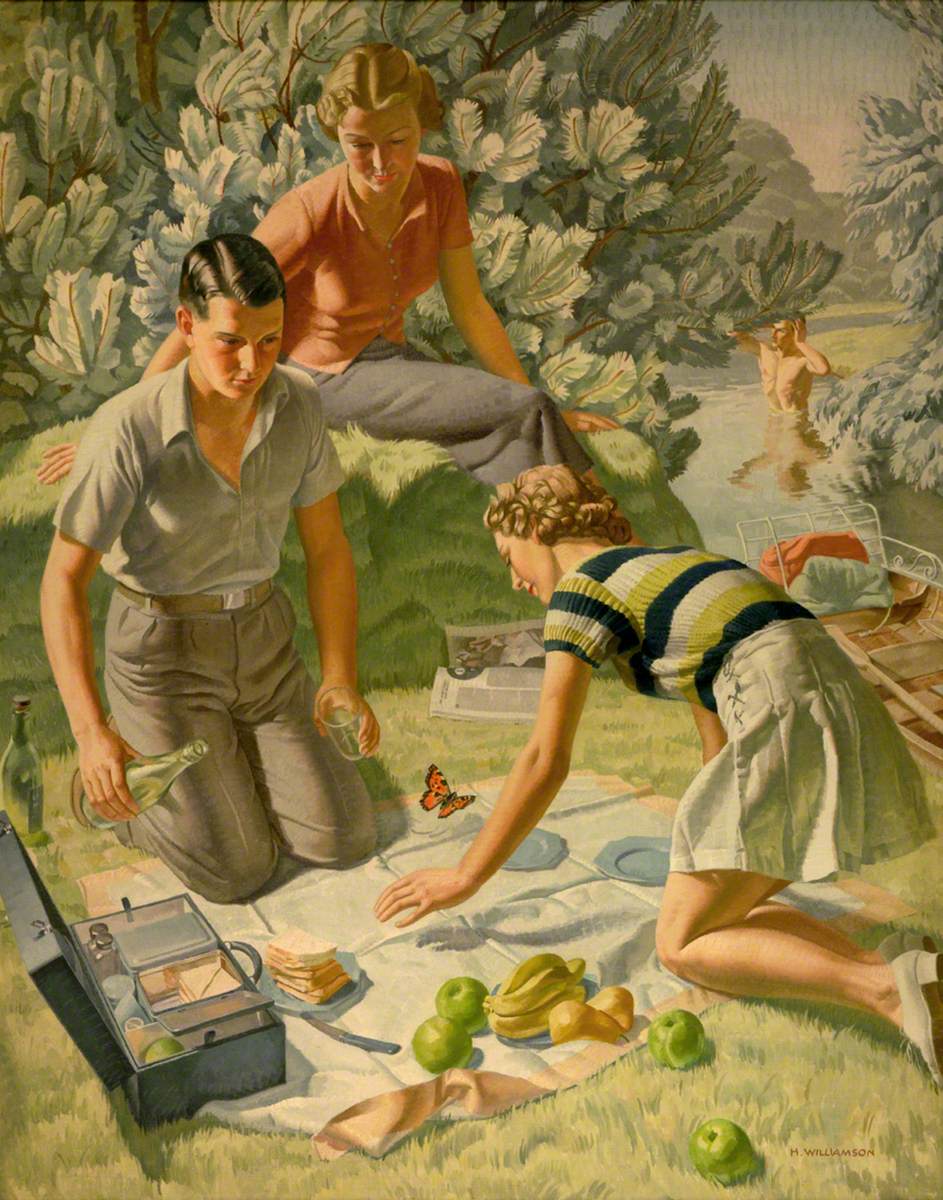 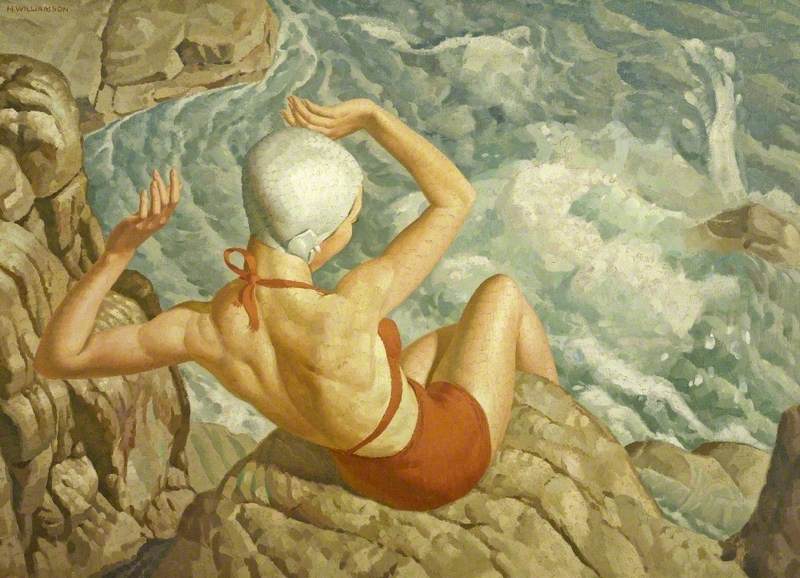 Spray - 1939
Now for a puzzle.  This strikingly done work is shown in an image submitted by a gallery for the catalog of the 2017 exhibit "True to Life: British Paintings in the 1920s & 1930s" at the National Galleries of Scotland in Edinburgh. 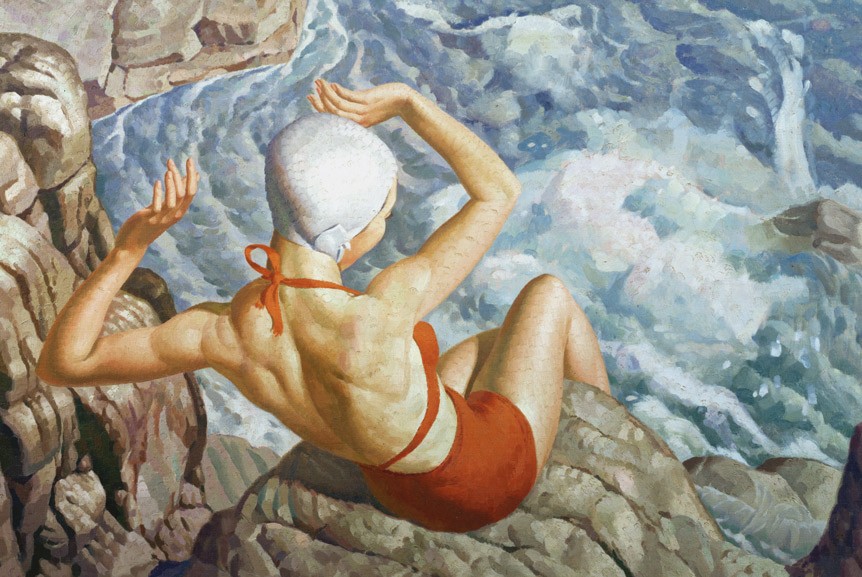 Spray - 1939
Yet elsewhere on the Internet one can find this (slightly cropped) version featuring more natural colors.  I suspect that this is what the painting actually looks like, though the other version is also nice to look at.  Yet I still can wonder if the more naturally colored one might be a Photoshopped alteration of the sepia tinted first image.
Posted by Donald Pittenger at 1:00 AM

This is the work of 2 different artists Harold Sandys Williamson and Harold Williamson 1898-1972, who was my grandfather. His works are Spray, Holdenhurst and Picnic.

Claire -- Thank you for clarifying this. I have to rely on the Internet for information about most artists I write about, knowing full well that it might not always be reliable.

Hi Donald, as Claire Broadhurst has pointed out the fact that you have unintentionally mixed up two different artists, perhaps you could change your blog entry to reflect this?