For some reason, Belgians are very fond of comic strips. So of course Brussels has a museum, the Centre Belge de la Bande Dessinée dedicated to that field. The Web site for the museum is here.

I had a few spare hours on a recent visit to Brussels, so hiked over to it. It's on a nondescript side street, but the building itself, the former Magasins Waucquez store, is an Art Nouveau design by architect Victor Horta.

The displays were nicely done but, as would be expected, featured comics and artists familiar to Belgians and unfamiliar to Americans. One plus was that I learned how to pronounce the name of the most famous Belgian strip -- Tintin. It's not tin-tin as in the metal tin. Nor is it tin-tan, where the final "n" is nasal, French. It is tan-tan with the nasal "n." So there.

First, some views of the building. 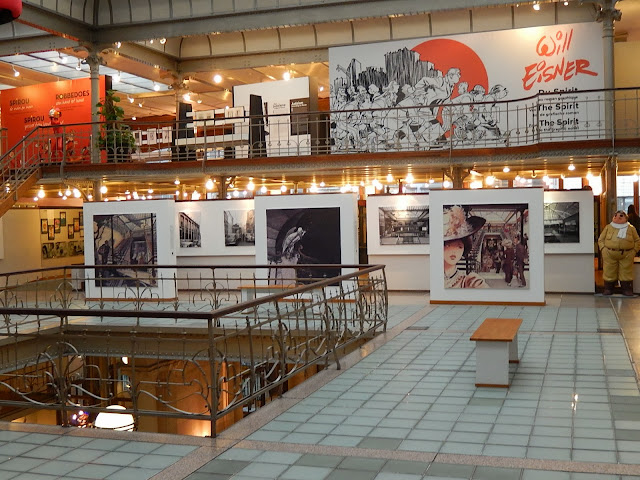 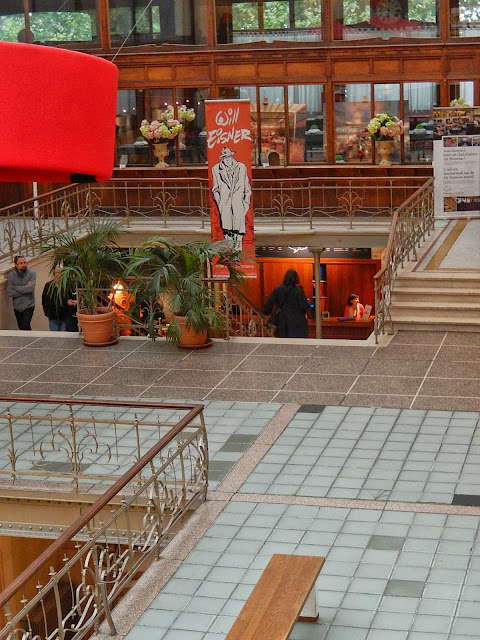 Shown here is the first floor (the second floor, if you're American). Note that Horta's Art Nouveau décor is comparatively restrained here. 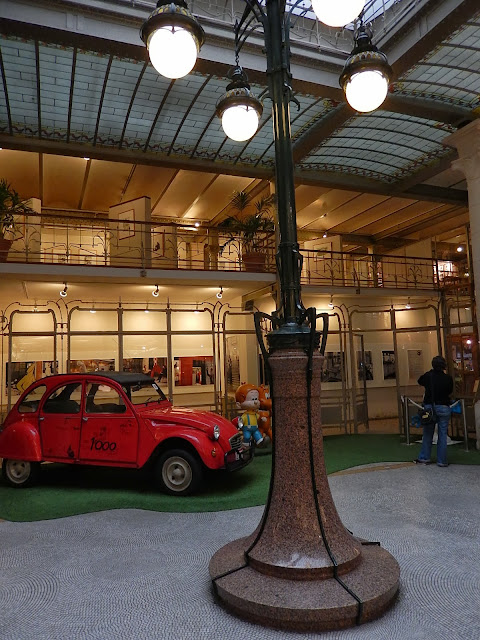 The street level floor, with a comics display that includes a Citroën 2CV. 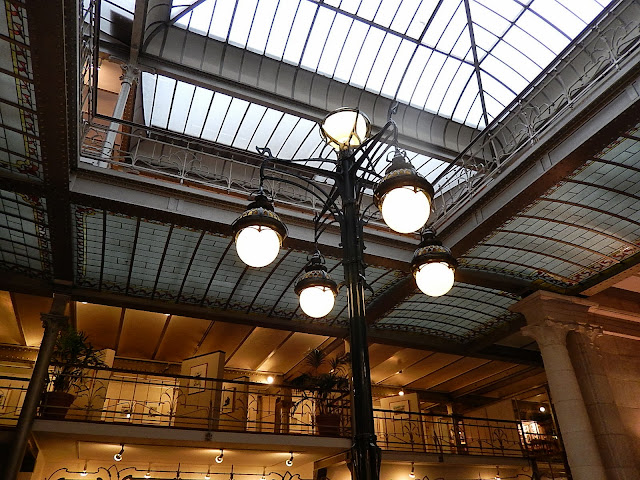 Looking up towards the first floor and the skylight ceiling. 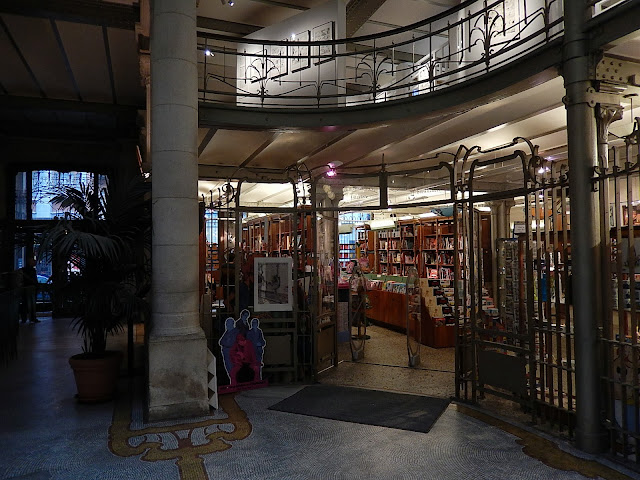 The ground floor again, the entrance at the left and the museum shop taking up most of the view.

You might have noticed that the first two photos included promotional material for a current exhibit dealing with Will Eisner, a major player in the American comics scene and widely considered the inventor of the "graphic novel" comic book genre.

I enjoyed very much seeing workups and finished art for some of Eisner's graphic novels and pages from his comic strip, The Spirit. Below are a few snapshots of the displays, the first three of graphic novels, the last of a 1950 Spirit strip. You'll see some reflections because the material was in display cases or otherwise behind glass. 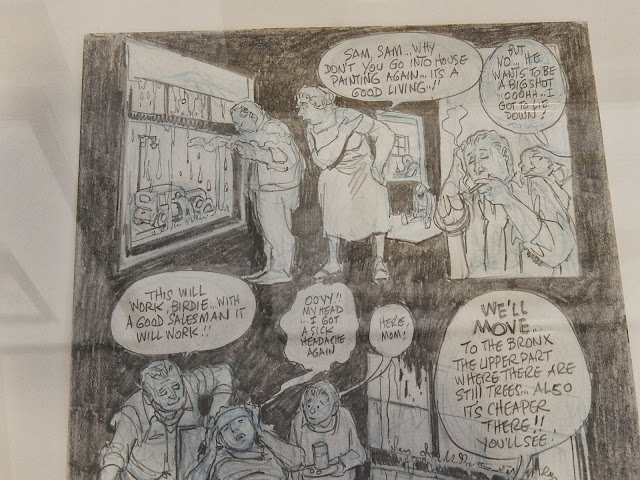 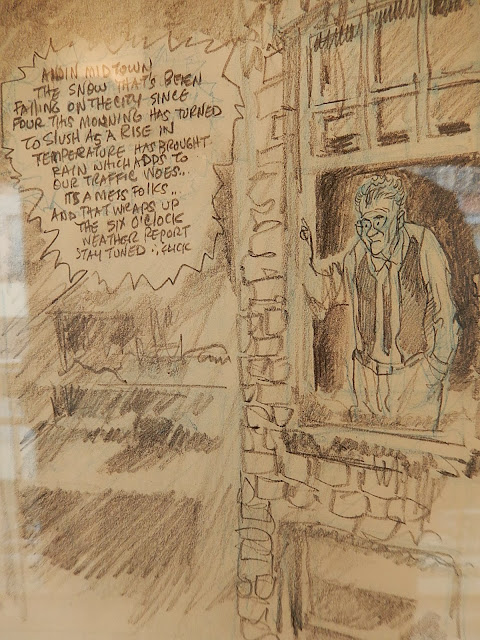 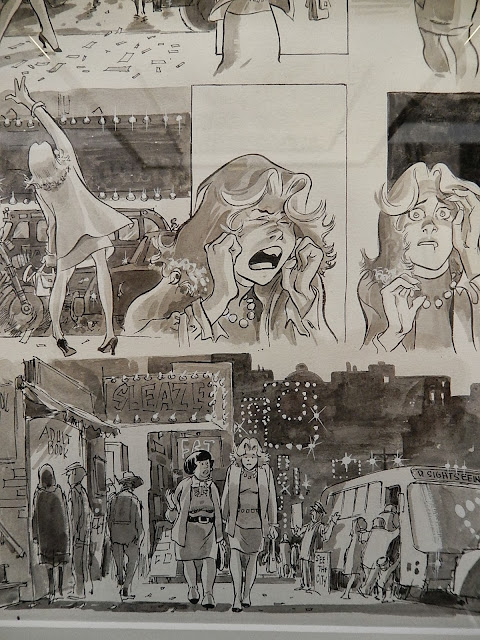 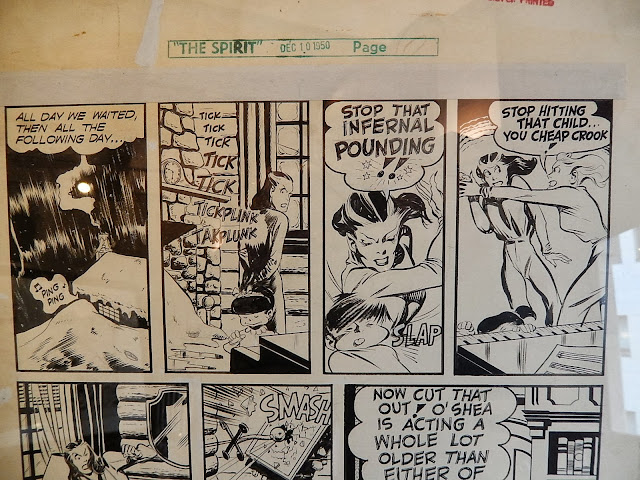