Wikipedia has a useful entry dealing with her life and career. Books about Beaux have appeared in recent years, so I can assume that she is gradually regaining the recognition she had during her productive years.

As the Wikipedia article notes, although she spent time in Paris in the aftermath of French Impressionism and at the time what is now called Post-Impressionism was underway, Beaux resolutely remained a representational painter. Which was almost essential, given that she earned her living in portraiture. Nevertheless, representational painting suited her temperament, so commerce and personality were in synch. 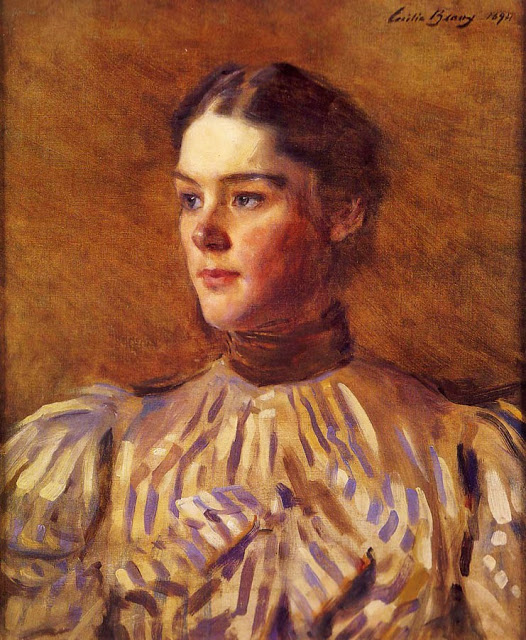 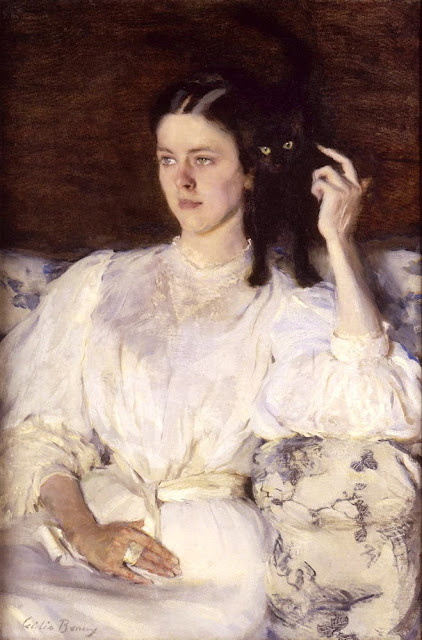 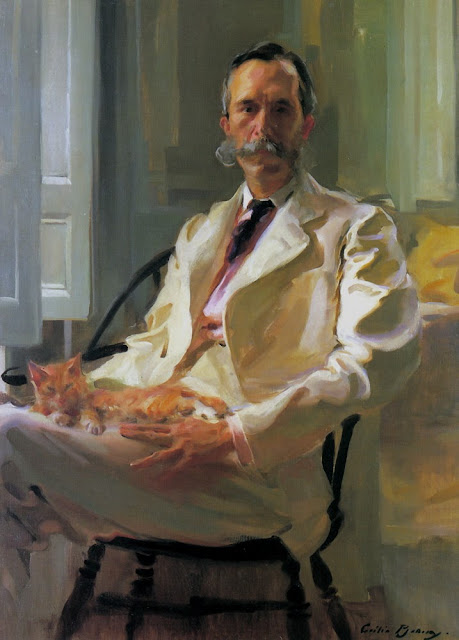 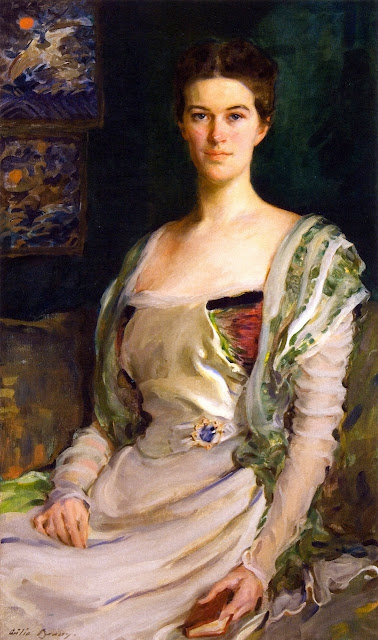 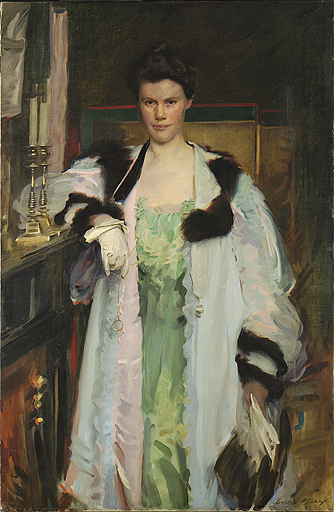 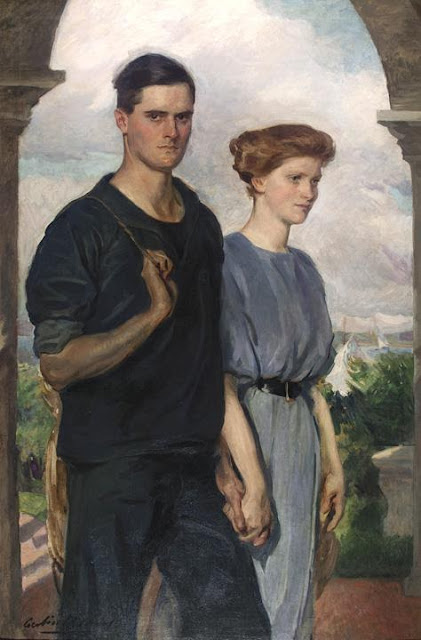 Portrait in Summer - (Henry Sandwich Drinker and his wife Sophie) - 1911 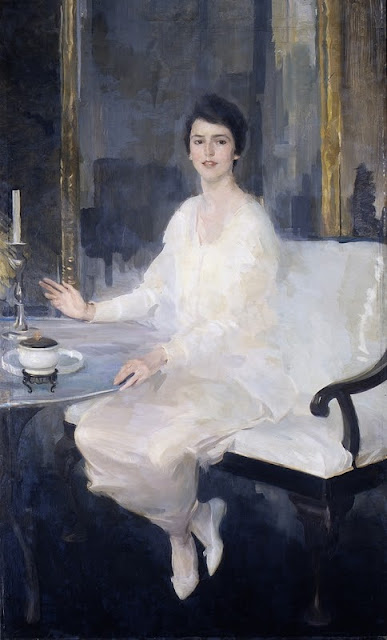 That painting of the Man With Cat is located in Washington and in person it is a real stunner. If I hadn't seen the original, I would have questioned Beaux's stature in the era on Sargent, but that one painting is enough to make me agree with you that she was "one of America's best portrait artists."

David -- Good as internet or book images have become in recent years, they never quite tell the whole story, as you mentioned.

That makes doing my blog chancy, because I seldom see paintings by obscure artists in the original, and sometimes I get their merit wrong. An example is Ramon Casas' "Before Bathing" (1895) that looked great in reproduction, but not quite so good when I finally tracked it down at the Museo de Montserrat, outside Barcelona.