C.C. (Cecil Calvert) Beall (1892-1967) was an illustrator who has become so little-known these days that a quick Web search came up nearly dry where biographical information is concerned. I did find this small site devoted to him. As this is written, it was "under construction," but contains a short sketch about him.

Beall was technically skilled. He almost had to be, considering that he was usually working in what I consider the most difficult medium of all: watercolor. And he did better than many illustrators, being featured in advertising campaigns for Maxwell House Coffee (a leading brand for many years), doing cover art for Collier's magazine (a leading general-interest publication) and illustrating government posters supporting the World War 2 effort. Nevertheless, so far as his career can be evaluated, fairly or not, he probably should be rated as a second-rank illustrator.

Below are examples of his work, some of which I consider really nice. 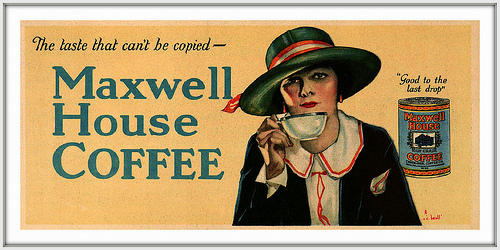 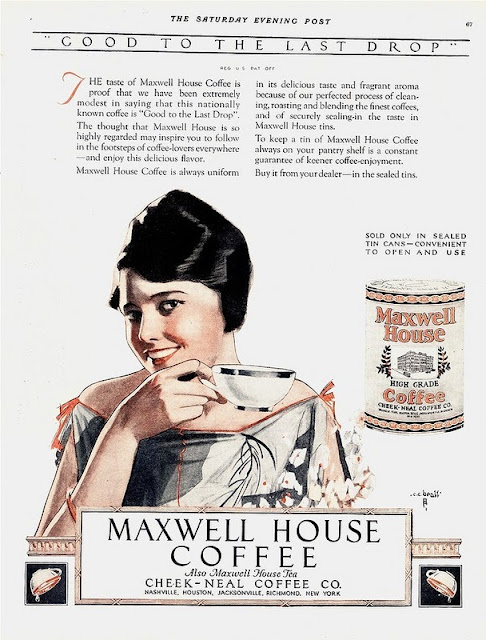 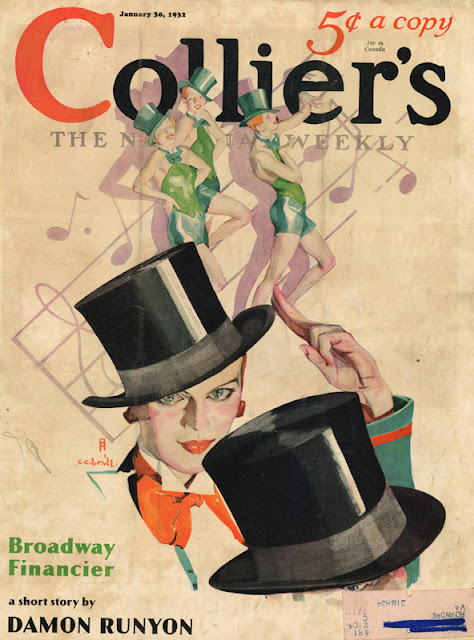 Collier's Cover - 30 January 1932
I really like this illustration.  Interesting composition and content -- very 1931-32.  But Beall's treatment of the gal with the top hat is smashing.  Well, the hat is way too large for her head -- but look at that face! 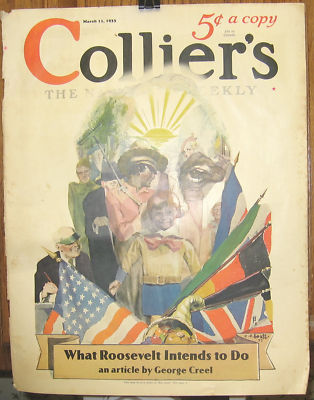 Collier's cover - 11 March 1933
A poor quality image, but it is significant.  For one thing, Beall uses the old trick of creating an overarching image made up of smaller ones.  Another example is directly below.  The main subject here is Franklin Roosevelt, whose first inauguration took place around the time this Collier's issue was on the news stands.  The featured author is George Creel.  He was Woodrow Wilson's propaganda / public relations supremo during the Great War.  His son, also a George Creel, was in charge of Public Information for 8th U.S. Army when I was stationed in Korea.  Though I did PIO work for another command, I met him a time or two. 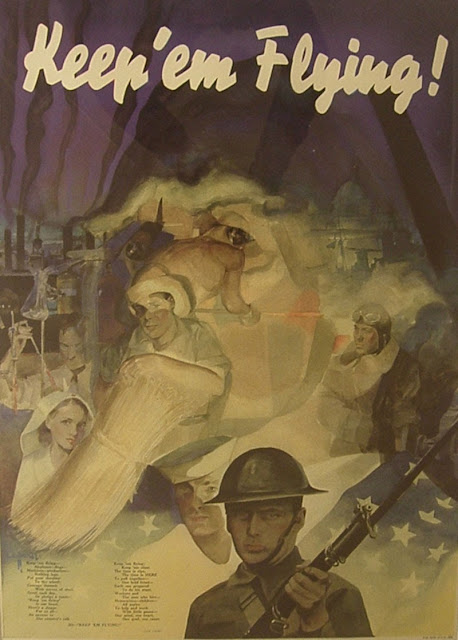 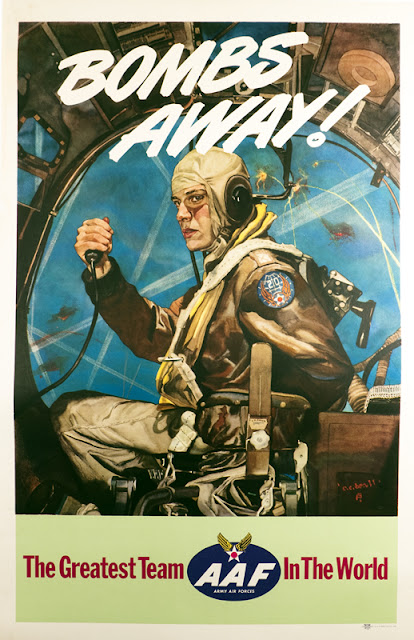 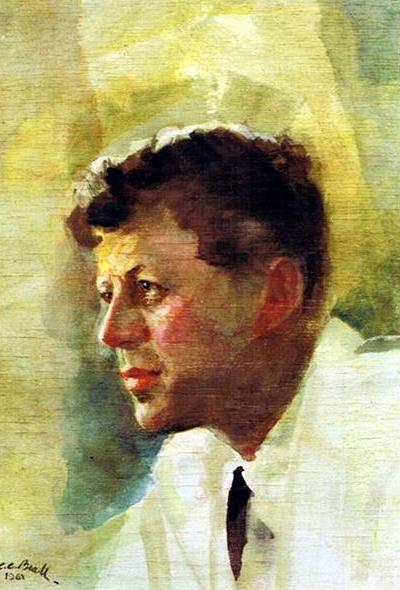 The reason these posters and ads are so attractive is that the art work is crisp and colourful, and the advertising not intrusive. It is a pleasure to look at the 1922 Maxwell House lady enjoying her coffee, not overlaid with a whole lot of rubbish that ruins the moment.

Two or three well chosen words should be enough to get the message across to the viewer.

That is MY GRANDMOTHER in the Maxwell Coffee ad. Do you have the original? Thanks. robyn@robynspangler.com

But sorry, the image is one I grabbed off the Web someplace.

the soldier in the foreground of the keep em flying poster was my dad before he went to Europe....how would one go about finding the original

Robert -- I can't help, but suggest you check with Illustration House or other illustration specialists such as those that advertise in Illustration Magazine.

Does anyone know where I can purchase a Beall illustration? I once owned the New Rochelle property that Beall converted from a carriage house into his home. Unfortunately, there were no illustrations left behind.

i have a c.c.beall 'mock-up'cover for Colliers Magazine.
i would be happy to image it for you to look at.
it honors a heroic Navy gunner.

CC Beall is my Great Grandfather. I am fortunate to have my Mom's life documented in paintings from her birth to her wedding portrait and everywhere in between. Thank you for the kind words. Our family takes great pride in his amazing legacy.

I have a beautiful Today Magazine cover done by Beall that I am putting on Ebay. The issue is from 1936 and depicts an Olympian...

Today Magazine used some well known artists for their cover art. Check this one and others out at jenniferh1974 on Ebay.

Does anyone know where C C Beall originals can be found?

I have two C.C. Beall prints that hung my childhood room (our whole house was asian inspired). The prints are simply called "Oriental Girl with Bird". Are they worth anything? Not sure why mom kept them all these years.

C. C. Beall is the grandfather of Laura Labadie who owns Colonial Court Inn in Indian Rocks Beach, Florida. One of her apartments, #4 The Heart, features many of C. C. Beall's original and published works. When we stayed Colonial Court, Laura gave us a tour of the apartment and told us many wonderful stories about her grandfather.

I have a wonderful original Watercolor by C.C. Beall that was the cover art for the June 18, 1932 Collier's Magazine. I was wondering if anyone had one of the original magazines as I would like to frame it alongside the original painting. Also, where can I post a picture of the original that I have?

Hi! I have 2 frames with artwork signed by your great grandfather. They are both pictures of oriental girls and birds. One named oriental girl with bird with the number SM211, the other doesn't have a name. I'd be interested in seeing if these are originals. My email is nutter.randy@yahoo.com thank you

I found a watercolor of Charleston South Carolina for $3.07with C C Bealls autograph.Does anyone know if it's worth anything?