It seems like I've recently been stumbling across quite a few works by artists who might be known in their home countries, yet were unknown to me (and probably many others) here in the States.

So it is with today's subject, John Stanton Ward (1917-2007), an English portrait painter and, for a time, illustrator. Even though he was tight with the royal family, he was never knighted, so that might have helped reinforce his relative obscurity. And of course he wasn't a hardcore modernist or some species of postmodernist. In fact, he resigned from the Royal Academy in protest of the likes of Tracey Emin being featured in exhibitions at Burlington House.

You can learn a fair amount of detail regarding Ward on his Wikipedia entry here, but perhaps even more via his obituaries in the Guardian and, as one might expect, the Telegraph.

And yet. If Ward had no use for British postmodernism, his own work tended to be casual, though usually based on sound drawing. (However, aside from his deliberately sketchy paintings, Ward seems to have had trouble drawing subject's arms convincingly.) To some degree this was in the spirit of modernism, if only in the sense that conventions of academic painting were reacted against -- Ward's reaction being highly selective. Besides a casual style, he tended to paint thinly (obviously so when using watercolor, a favorite medium) while relying on linework to carry the image. Also of interest is his approach to composition, where elements strike me as being a bit "off" from conventional practice. All told, I find him a very interesting artist. Let's take a look: 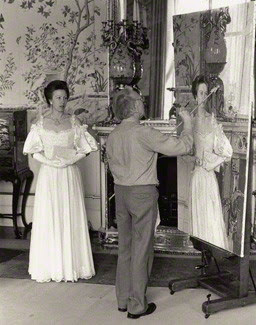 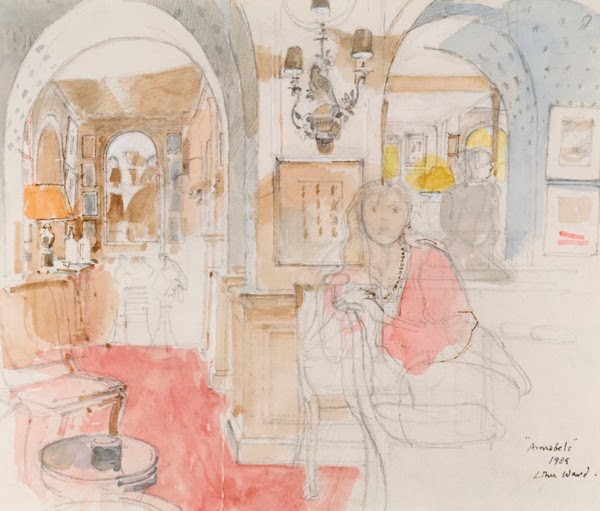 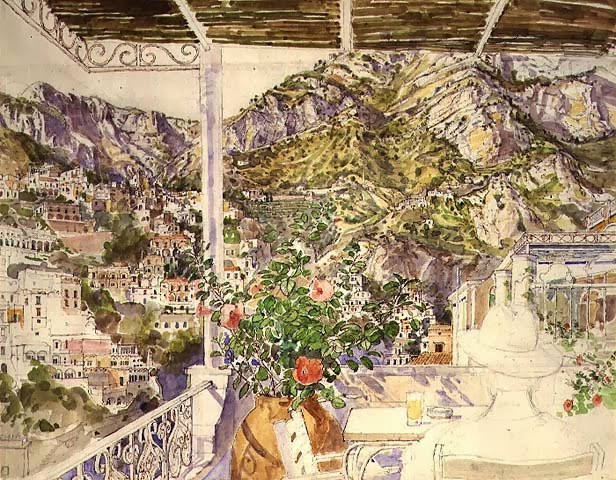 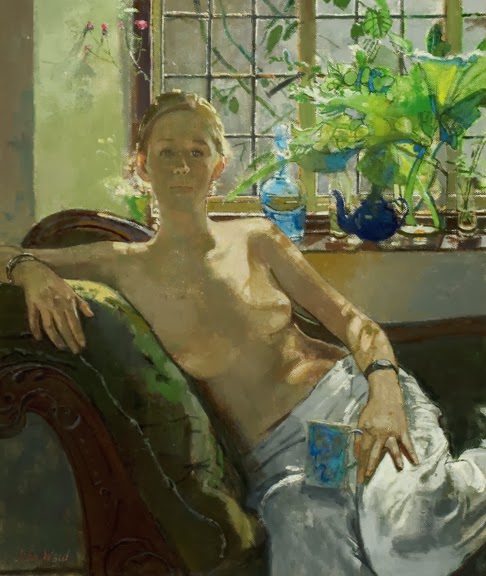 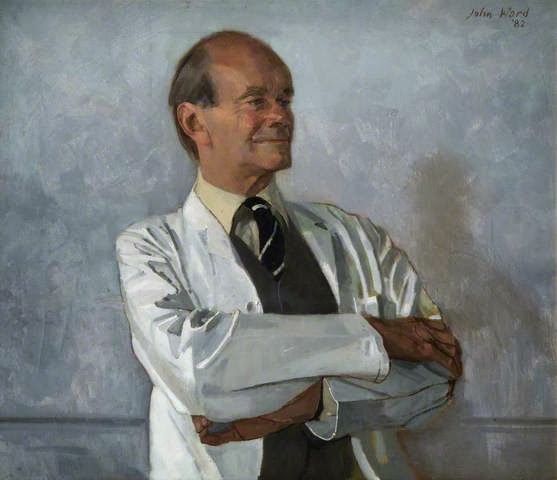 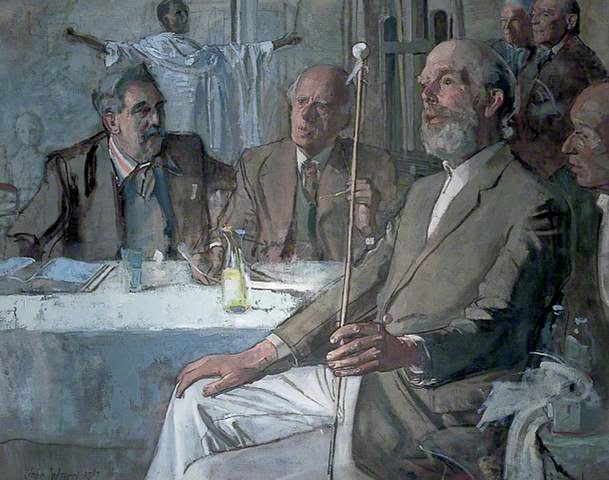 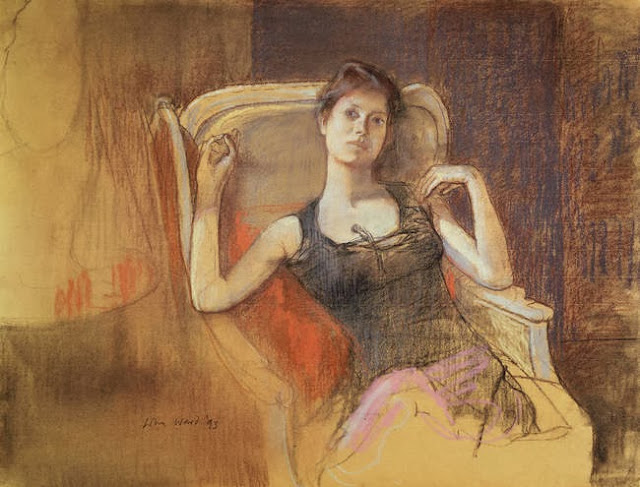 Two Girls, Pictured Inside, with Grapevine - 1993

Was wanting to peruse John Stanton Ward and came to your blogs. Just sublime in the wispy ink-work and washes familiar to me from his advertising illustrations so numerous during 1960's+ Britain. But, what took me was his "Poppy" nude which you show. That lovely dappled light on this delightful relaxed pose? He clearly, loved women so evident in many compliments paid in his artwork. As an adolescent I met him in 1959 at his home in Godmersham, Kent, UK while I was in the company of my foster mother another artist who lived nearby. The Ward house seemed pleasantly ramshackle and homely. Warmly welcomed we all congregated in John Ward's large studio where his heavily pregnant wife relaxed in an old armchair while a happy waif of a ragamuffin daughter lolled in her mother's lap stroking her distended tummy. I sensed a pleasant, uninhibited eroticism of a bright summer studio of pregnancy of the mystery of an artist's eccentric magical domain full of dusty untidily attended bric-a-brac and an artist's studious accoutrements. My foster mother introduced me and showed a little canvas of coppiced willows I had painted from life done a day or two before when foster mother and I painted by the River Stour at Wye Village. I recall John Ward pulling at heavily laden drawers of a plan chest and carefully withdrawing large A1 sized flimsy papers upon flimsy paper he had in blue lined brushwork or pen executed page after page rooftop views of an Italian townscape. I got the impression these were studies for a commission, or that he had become mesmerised by the mediaeval undulating housetop scapes from his holiday hotel windows. Many thanks for you recognition of this wonderfully distinctive English artist.

Anonymous -- Interesting. It's nice to have reports by readers who've met the artists i write about in person. Greatly appreciated.

What a lovely man he was.

Although not slow to speak his mind, he had that rare combination of humility, craftsmanship and sensitivity of touch seldom found and unfortunately impossible to teach.

’These paintings I do to make a living.....these ones I do for myself’. I was fortunate to have seen those ‘myself’ ones during my visits to his Bilting studio between 1989 -2006 but mostly I will remember his humility, craftsmanship, generosity of time and kindness.

If you find the time, look at the work of Martin Yeoman. A living U.K. artist whose craftsmanship is being overshadowed by the mass of mediocrity.