Eric Sloane, born Everard Jean Hinrichs (1905-1985) was a prolific and popular illustrator and writer of books dealing with rural life, largely in New England and the northeastern United States. I was well aware of his publications when I lived in Upstate New York and he was still active.

His Wikipedia entry explains why he used a pseudonym to launch his career. Some other sites with biographical information regarding Sloane are here and here.

Sloane's illustrations are rather tightly drawn or painted, probably because he thought it necessary to document how the components of the structures he was depicting were assembled. He was more lyrical when it came to the buildings' settings -- particularly skies and other atmospherics.

Sloane spent time in Taos, New Mexico as well as in the Northeast, but the images presented below deal with the latter, because that region was his main focus. 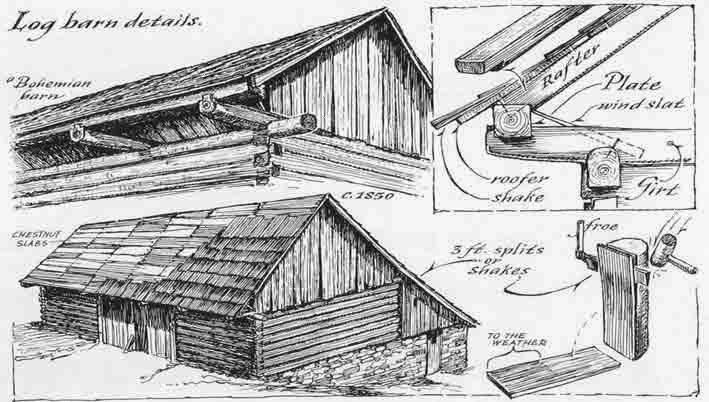 Page from one of his books illustrating mid-1800s construction methods 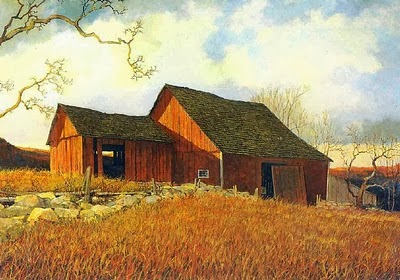 View of an abandoned barn 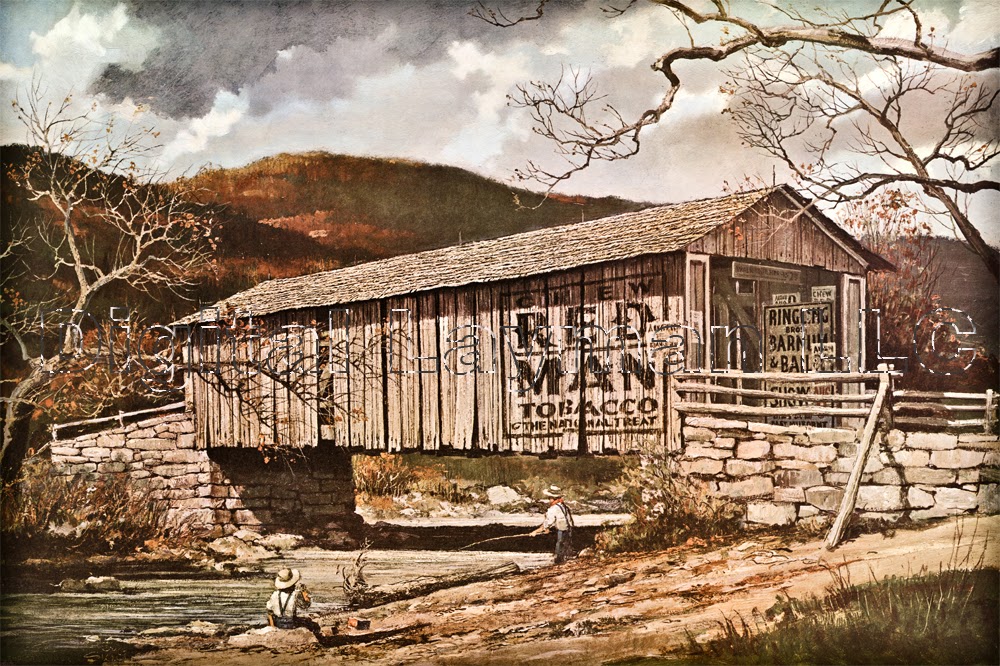 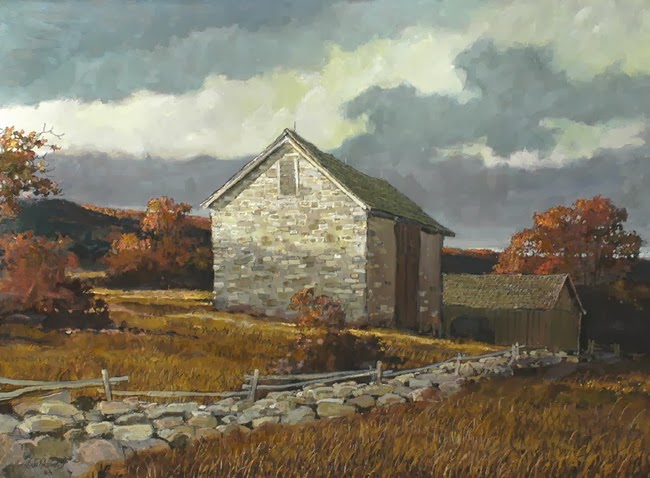 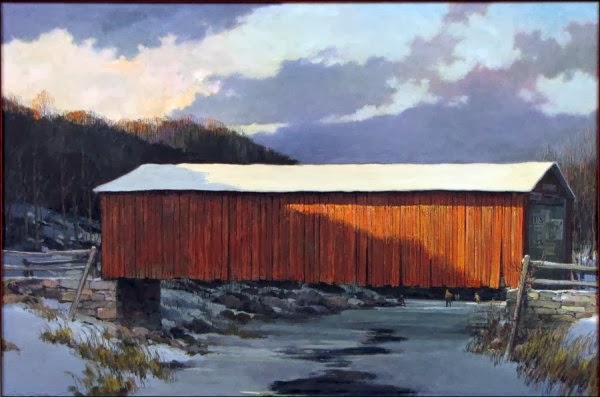 "Skating by the Bridge" 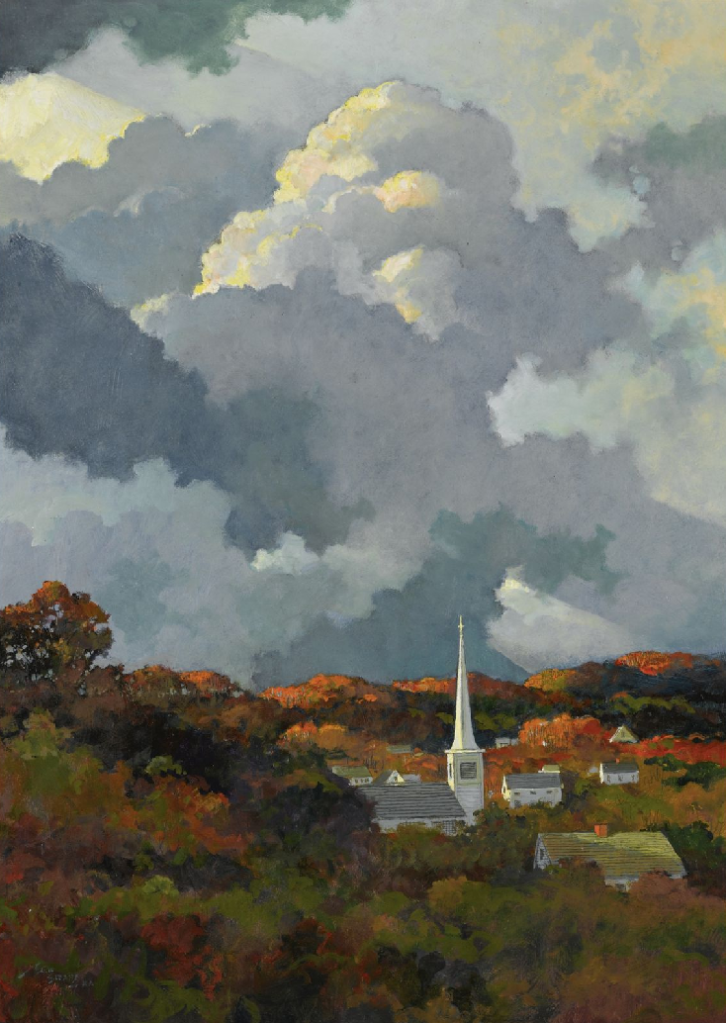 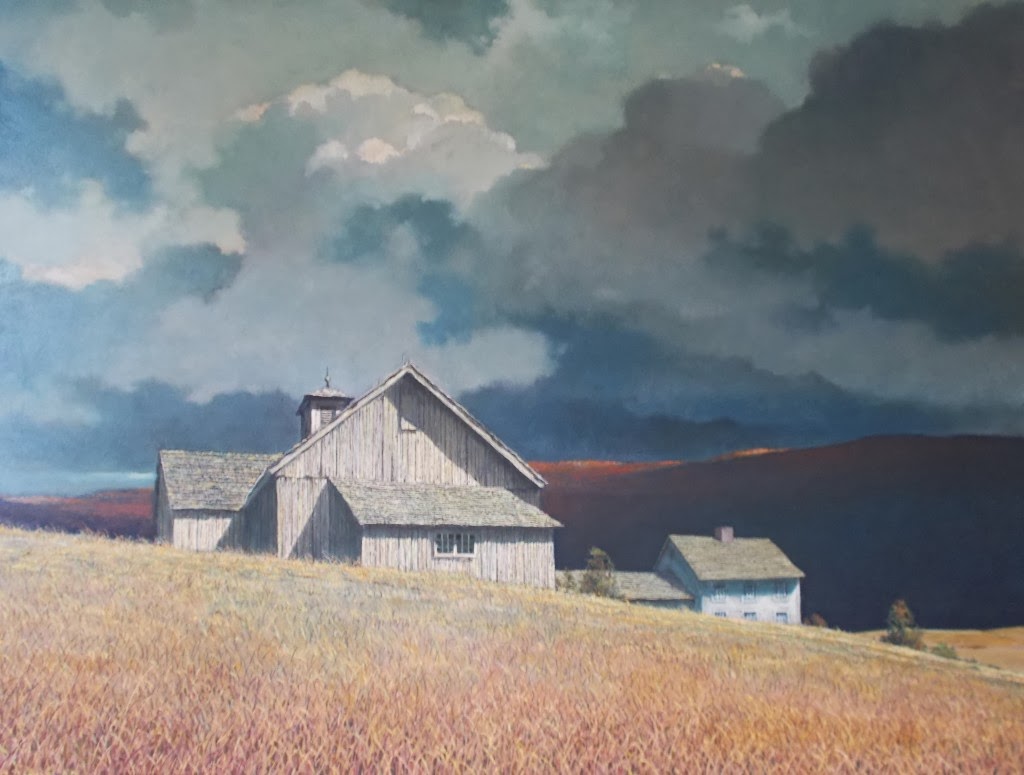