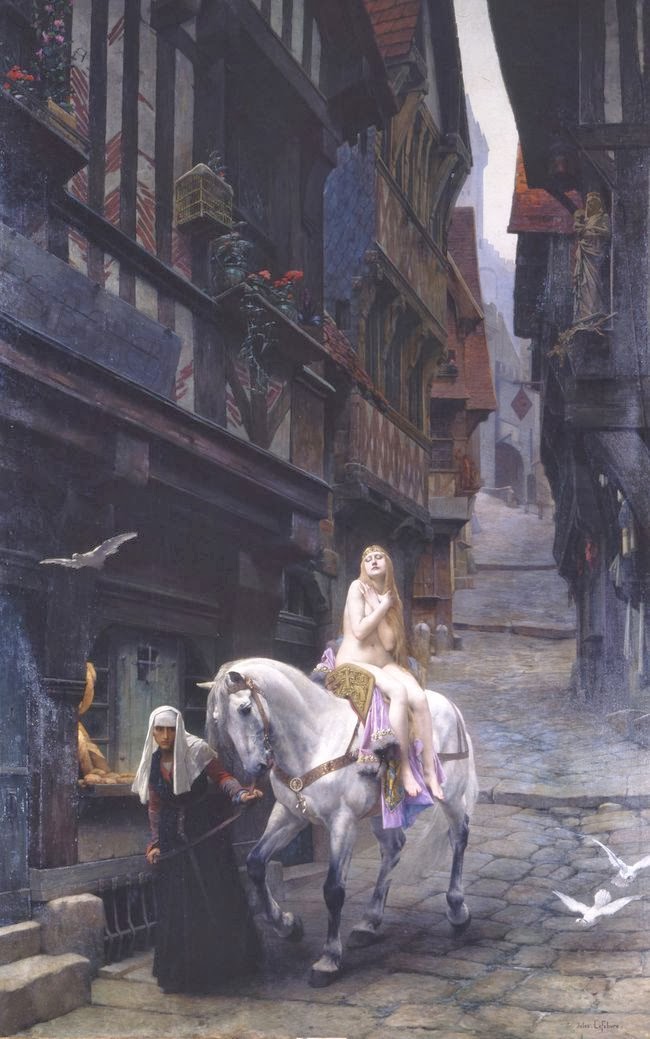 The large image above is of the huge "Lady Godiva" (1890) by Jules Joseph Lefebvre (1836-1911) that was displayed at, among other places, Paris' Grande Palais during the 1900 Exposition Universelle. It was recently restored, and now hangs in the Musée de Picardy in Amiens, according to this article (in French).

Lefebvre was a noted painter in his day, as this brief Wikipedia entry indicates. The link also contains a fairly long list of his works. For more biographical information, click here on the Art Renewal Center site. Included is an extensive list of Lefebvre's students, where one will find names such as Frank Benson, Childe Hassam, Fernand Khnopff and Edmund Tarbell.

Lefebvre was no slouch with his brush, having won the Prix de Rome early in his career. He favored pretty women subjects, as can be seen below. 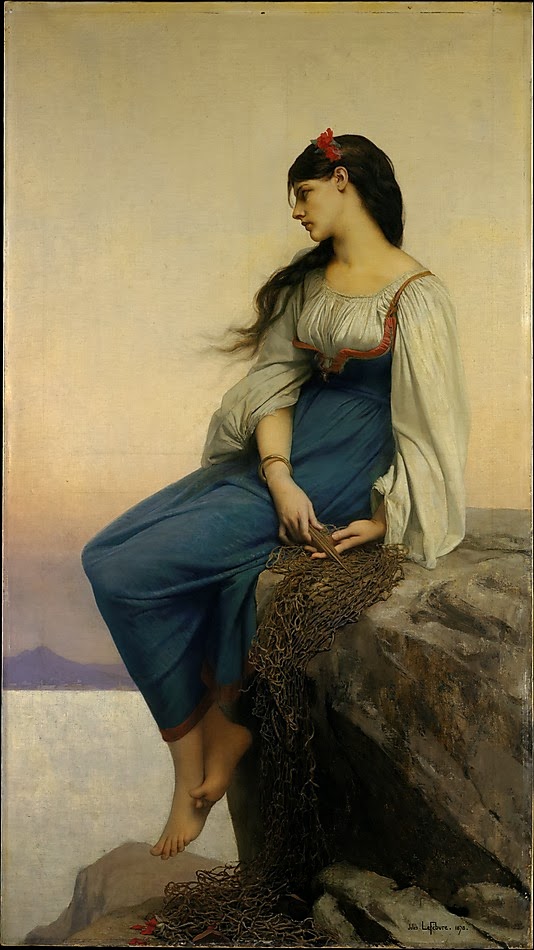 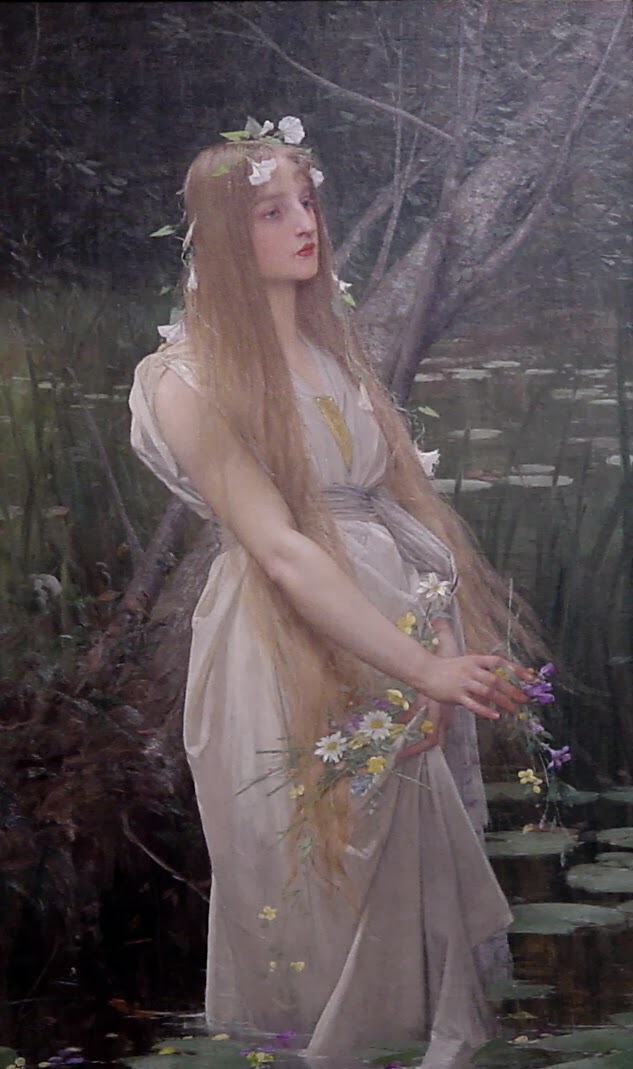 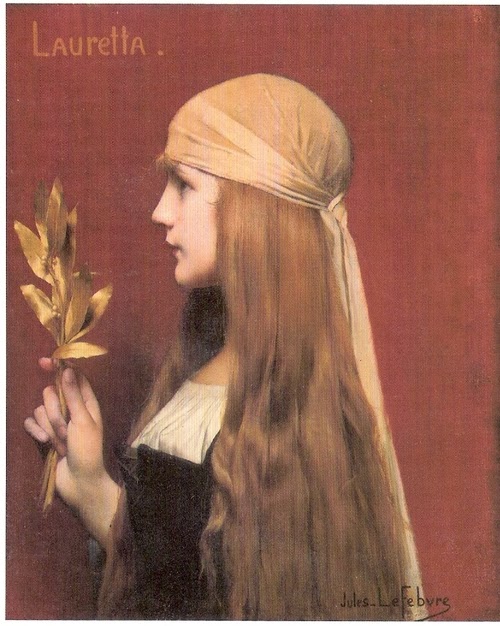 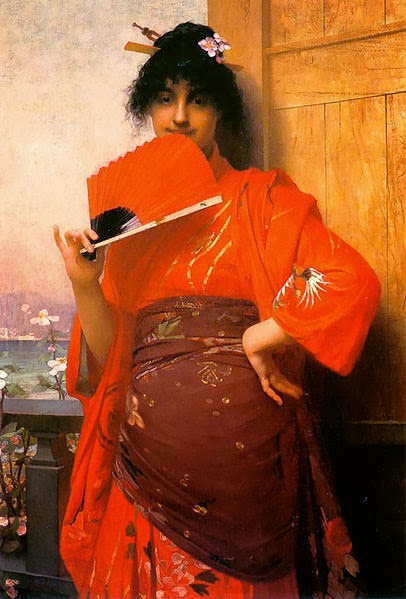 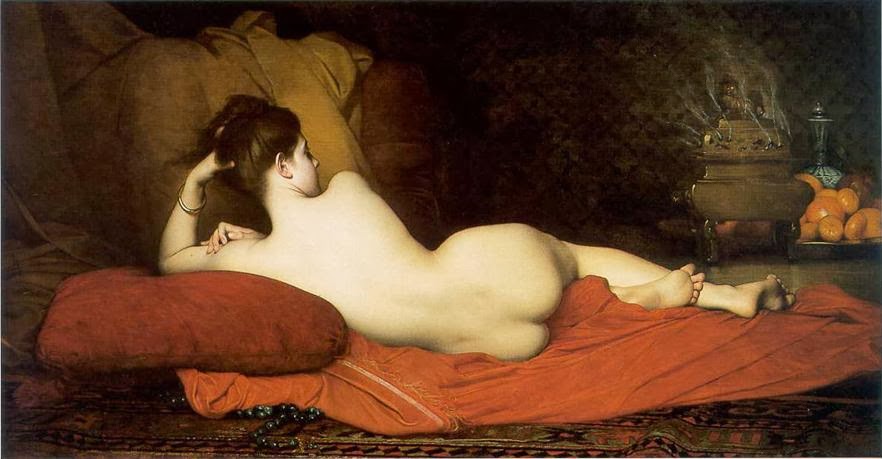 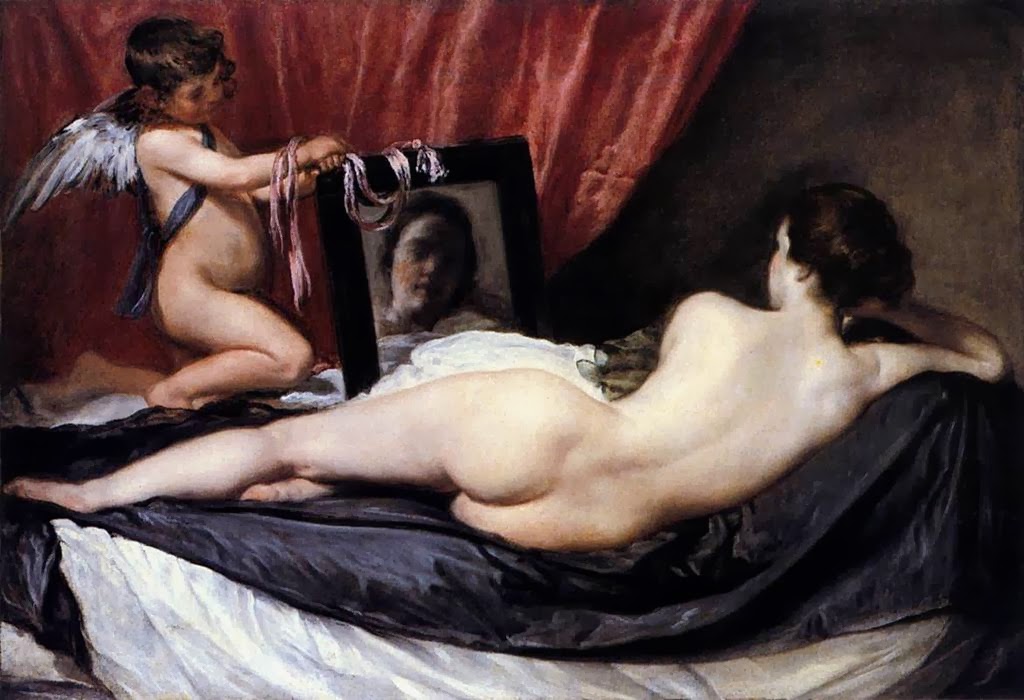 Rokeby Venus - Velázquez - c. 1947-51
The variety of posing positions for the human body has limits, so some duplication (or near-duplication, in this case) can be expected. Yet the similarity between Lefebvre's and Velázquez's nudes struck me. I think the reason is the similarity in body builds as well as the general pose.