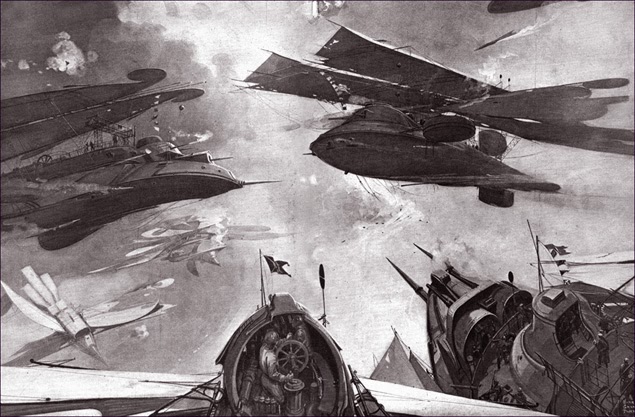 Harry Grant Dart (1869-1938) was an illustrator and cartoonist active in the early part of the last century. Around 1907-10 he created a number of scenes depicting what he saw as future developments in aviation. The illustration above, "Going into Action," is from 1907, and shows aerial combat of a form curiously like a naval action on the ocean's surface. Bear in mind that the Wright Brothers had flown for the first time less that four years before and the Great War was seven years in the future, so his conjecture can't be strongly criticized.

In any case, it's an exciting scene, with deck guns blazing and crewmen maneuvering a craft using what looks like a ship's wheel. The aircraft are not the boxy, kite-like affairs found in 1907. Instead, they have sleek fuselages surmounted by dragonfly-like wings or else are bird-like monoplanes. Missing is a lot of maneuvering in the vertical plane, but in 1907 the airplanes he knew about were content to be flown at a pretty constant altitude.

Dart's brief Wikipedia entry is here, and a link dealing with his cartoon work is here. 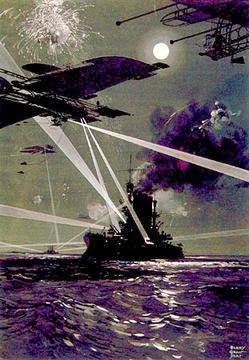 Air-sea battle at night - 1910
Night sea battles were a rarity, and suggesting that aircraft might be part of the mix was an audacious prediction by Dart. 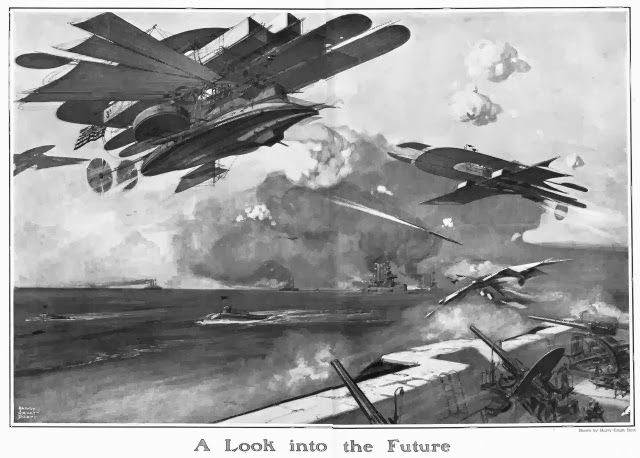 A Look into the Future - 1908
Another future combat scene. Shore-based artillery in the foreground. Battleships toward the horizon. What might be submarines or high-speed torpedo boats near the shore (it's hard to tell what Dart was depicting here). And that large aircraft sprouting wings in every direction. Oh, and I see something that could be a rocket or missile. Dart was really cookin' when he dreamed this up. 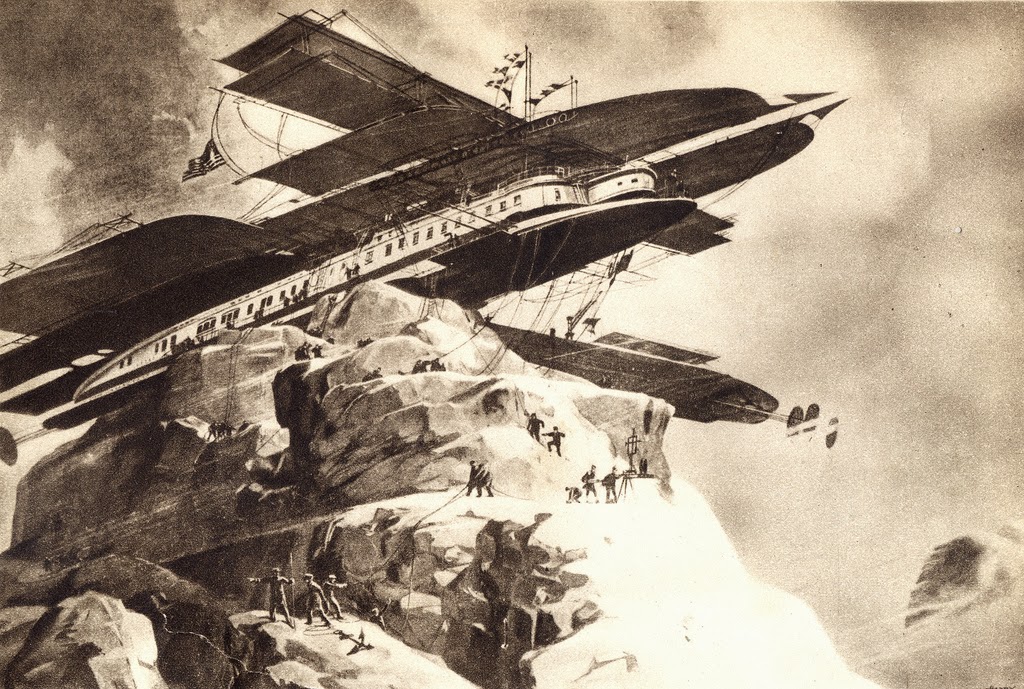 Transcontinental Flyer - 1909
Hard to say what's going on here. The aircraft doesn't seem to have crashed. More likely it landed on the mountaintop so that men could climb off and do some exploring or research nearby. 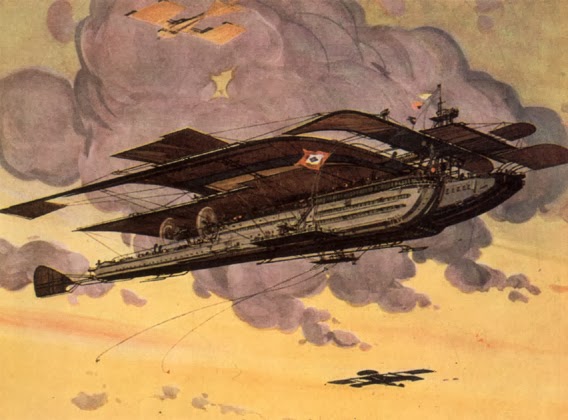 Transport of the Future
Note the swept-back wings on this job. Very sleek, but like the rest of his imaginary creations, unflyable in reality. 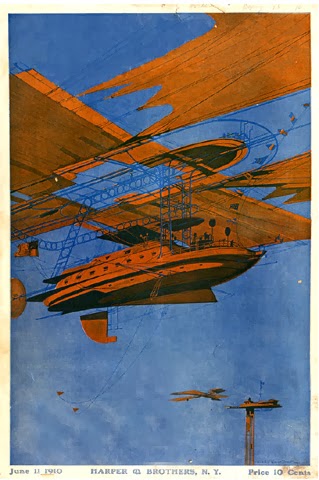 From Harper's - 11 June 1910
Huge wings and delicate frameworks, not to mention a boat-like fuselage with a small fore-deck for observers.

Interesting that the current steampunk movement, which tends to feature airships rather than more conventional aircraft, is very close to this. However impractical the designs the artist would seem -- as artists can be -- ahead of his time.

I think they look very modern - like the concept spaceships I see all over the net, and probably just as unflyable. :D

Then again, the Caproni Noviplano had a lot in common with the Transcontinental Flyer above! :D