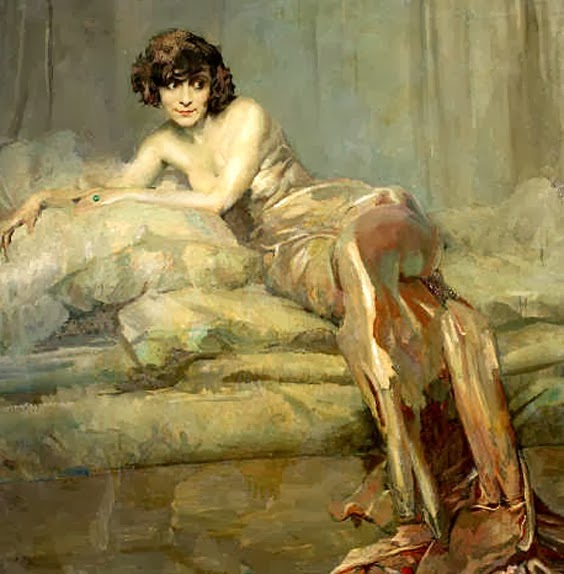 The portrait above of actress Maria Melato was by Giuseppe Amasani (1879-1941), an Italian artist who specialized in portraying women. He studied at a technical school, switched to art, briefly abandoned the field, attained some success, then traveled a good deal during the 1920s (Egypt, Brazil) before returning to Italy. That's what I glean from Wikipedia entries in Dutch and Portuguese -- entries in English and (surprisingly) Italian are little more than placeholding stubs.

Amasani's style does not neatly fit major categories. He painted realistically in terms of drawing, his colors were sometimes exaggerated as best I can tell from Internet images, and his brushwork was almost always visible, but ranged from relatively subdued to strong.

Market interest in his paintings seems limited, for now. Apparently one can buy a Amasani at auction for only a few thousand dollars.

Here are more examples of his work. 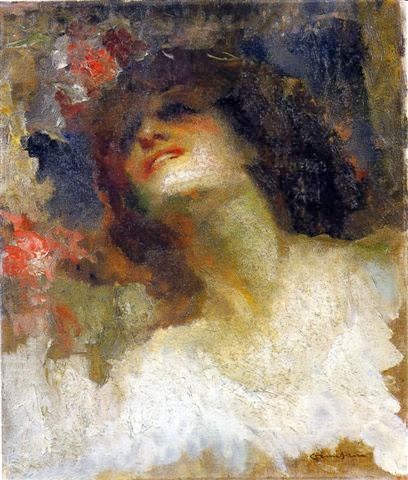 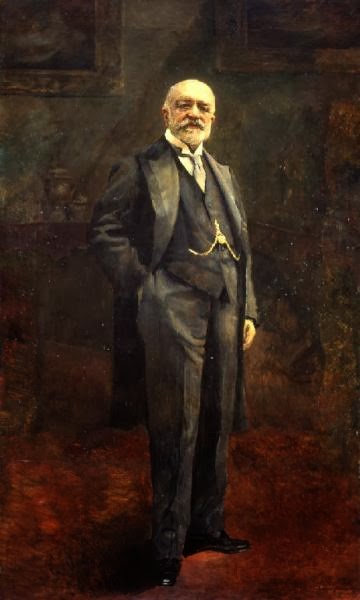 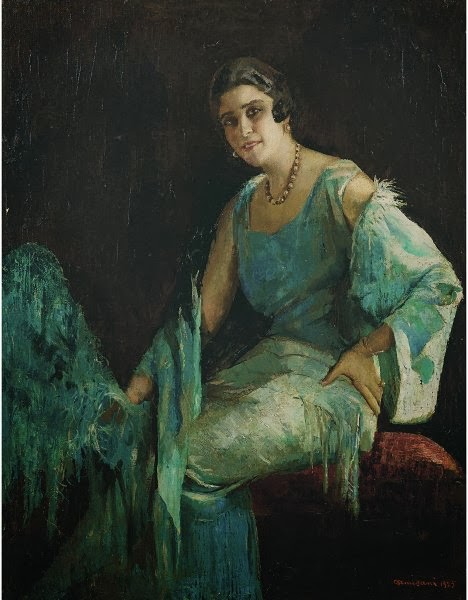 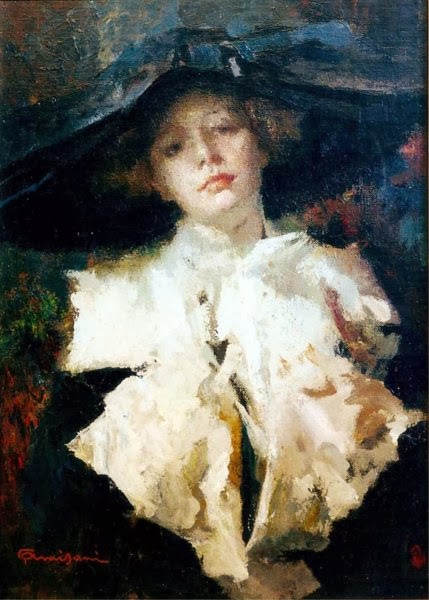 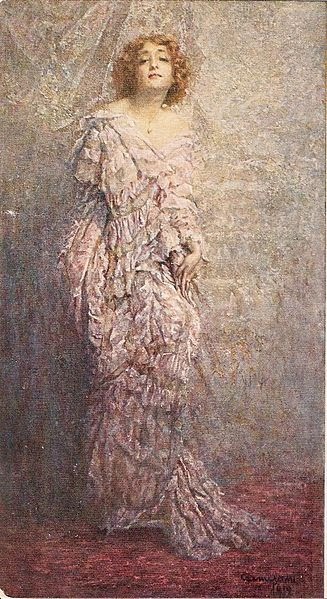 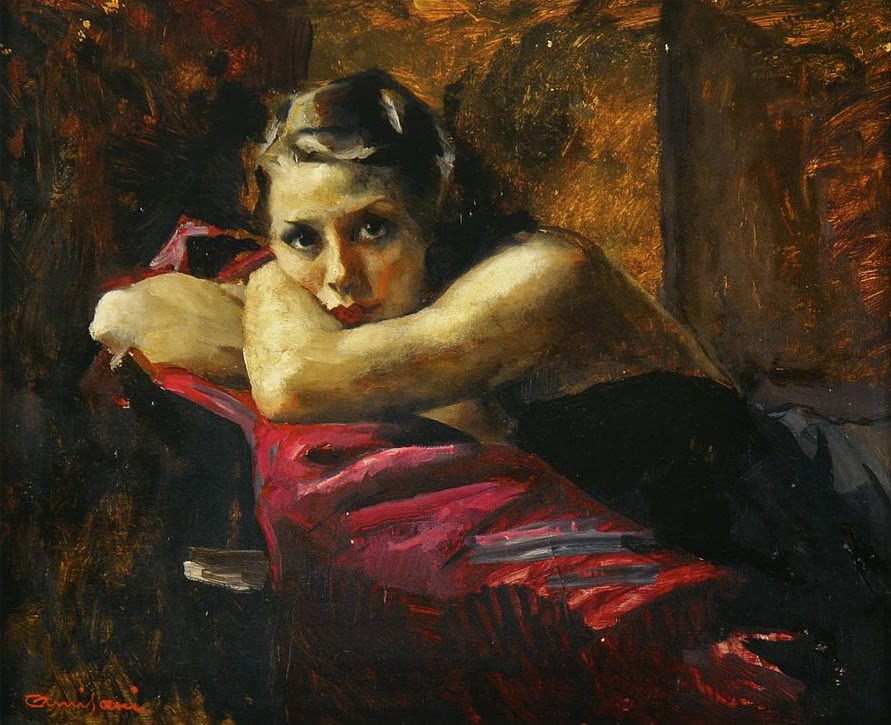 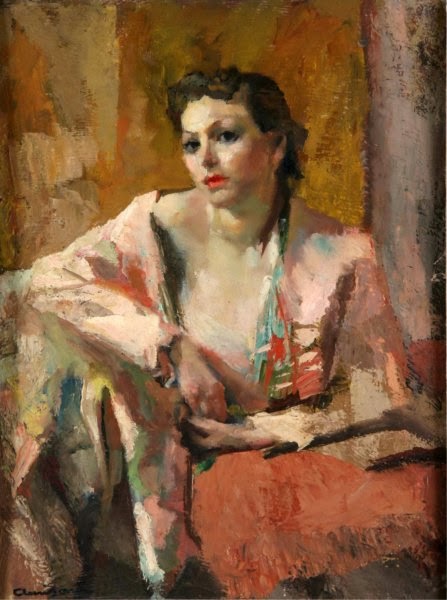 Riri col giubbetto rosa
The biographies linked above do not say who Riri was. A wife? 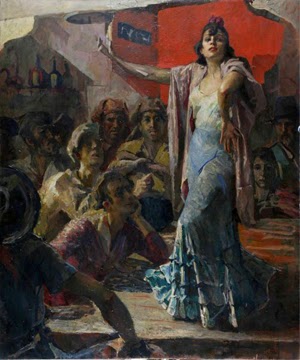 Ballo nella taverna
This seems to be from the 1930s.