A lot of artistic talent and effort went into poster design and illustration during the first several decades of the twentieth century, especially in Europe. I have already written about German artists Ludwig Hohlwein and Werner Axster-Heudtlass. The present post deals with Jupp Wiertz (1888-1939), another capable German illustrator. Unfortunately, I could find little about him in English, but his Wikipedia entry in German is fairly substantial.

Wiertz was versatile, as the images below indicate. 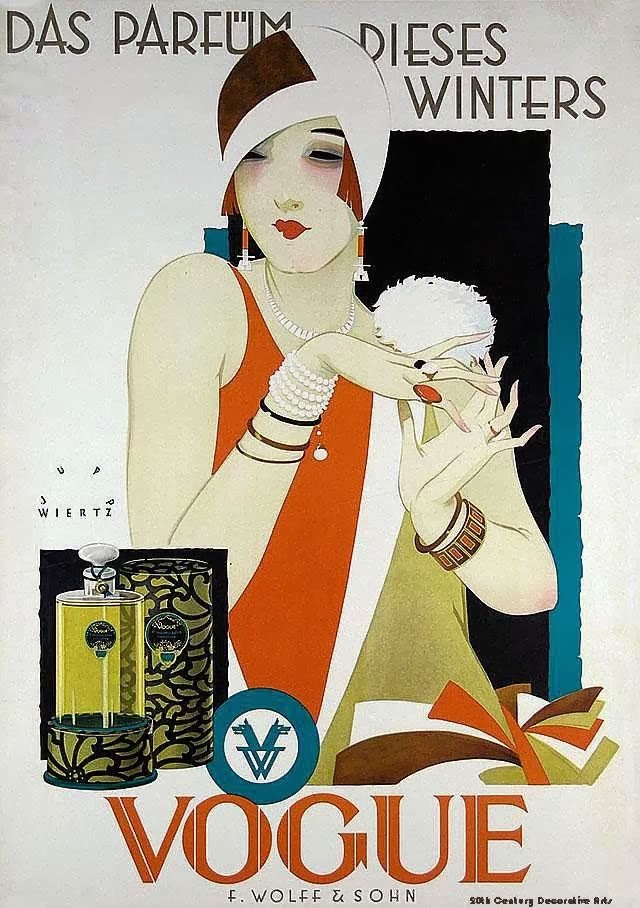 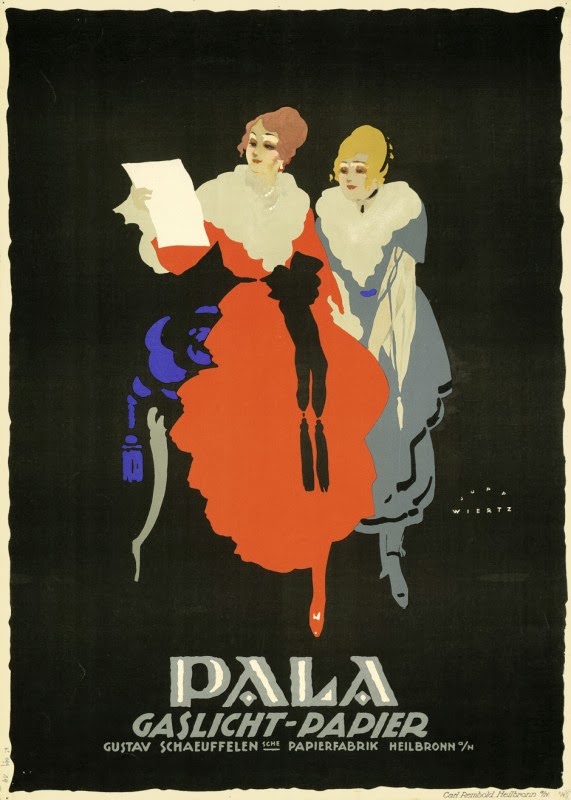 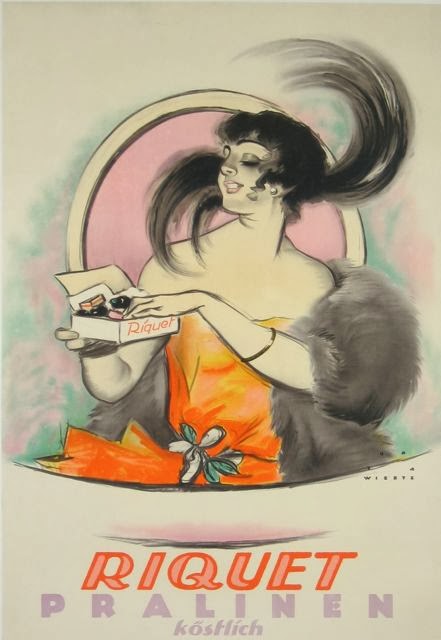 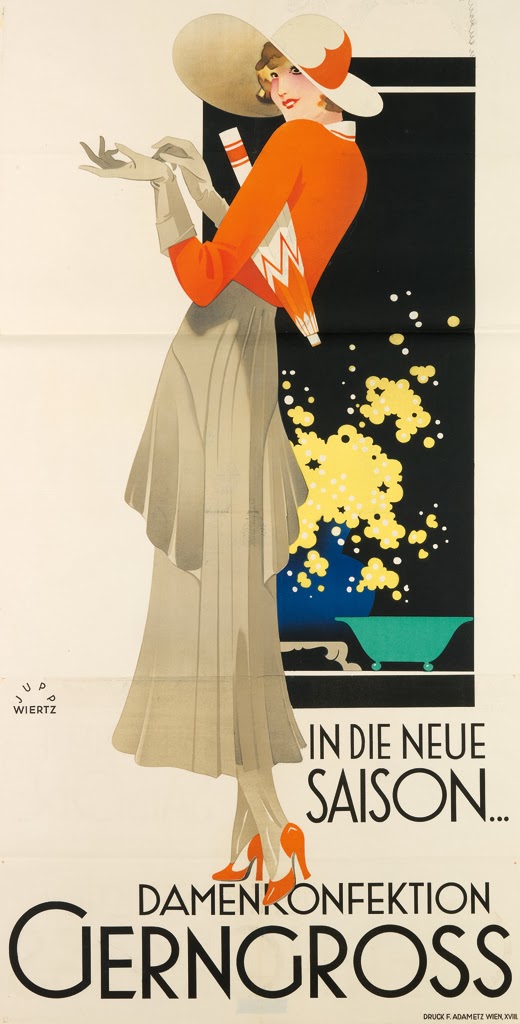 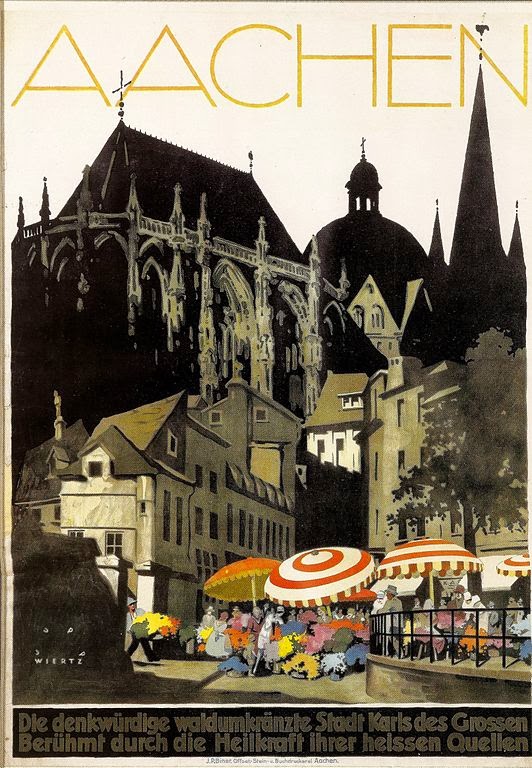 The first posters shown above seem to have been done in the 1920s and even before. By the 1930s, he was illustrating travel posters such as this one featuring Aachen. Note the touches of color at the street cafe and market, contrasting with the drab background elements -- a clever touch. 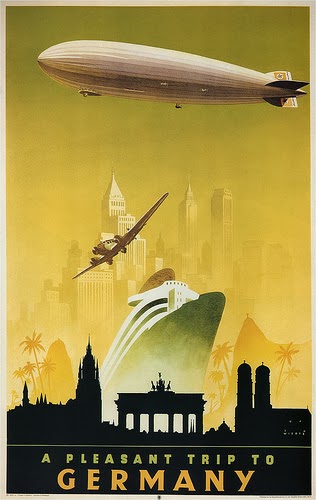 A rather extensive collection of elements here. The background is clearly New York City, but the presence of silhouetted palm trees puzzles me: a reference of California? Brazil, even? The ocean liner, airplane and Zeppelin obviously are travel means, and the silhouettes evoke Germany. 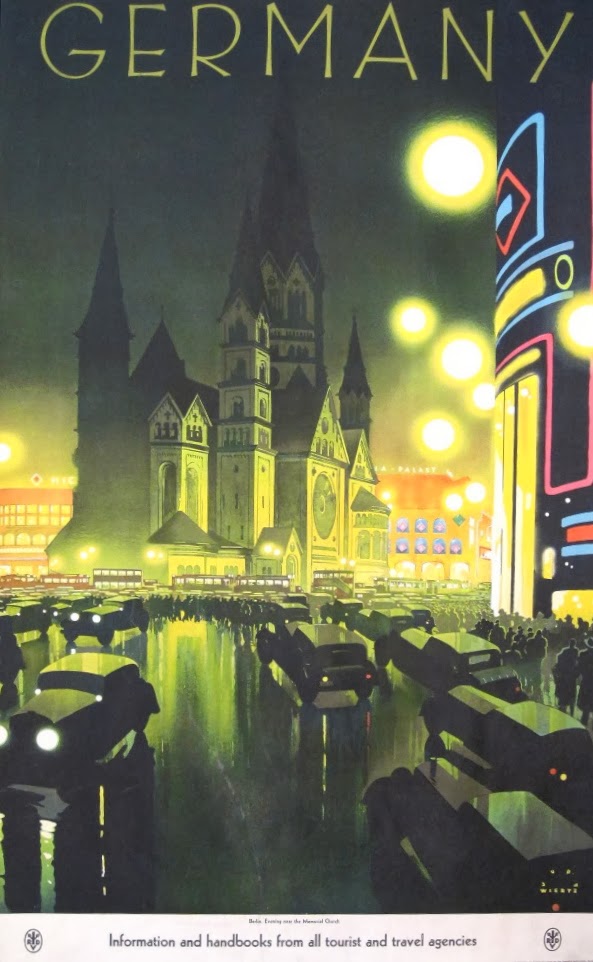 This is nicely dramatic, a Berlin view of the Kaiser-Wilhelm-Gedächtniskirche on the Kurfürstendamm with its busy traffic.

Wonderful poster, the one with the Kaiser-Wilhelm-Gedächtniskirche! Love the trippy design on the right.

My favourite is the new season one. The shape, the colours, the girl. Just the ticket.