It seems that van Zevenberghen spent most of his long life in Belgium, enduring periods of German occupation in both World Wars. His main travels apparently were to Paris. The entry also notes: "En 1933, il devint professeur à l'Académie royale des beaux-arts de Bruxelles, fonction qu'il remplit jusqu'en 1948." So he was regarded highly enough to become a professor in the Academy.

Not many of his paintings can be found on the Internet. They are generally solidly done. There is one that stands out, however, as can be seen below. 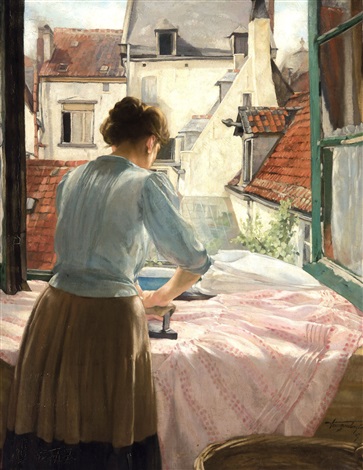 La repasseuse - 1907
The earliest of his paintings that I could locate. 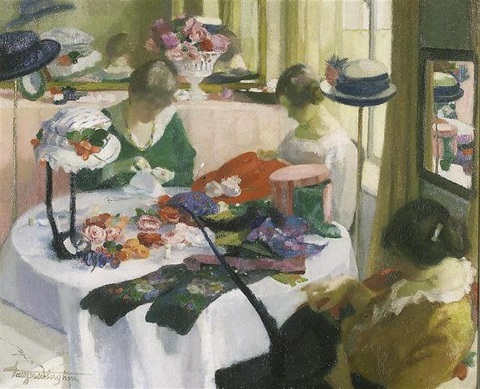 Les modistes - 1915
Painted during wartime when most of Belgium was German-occupied. 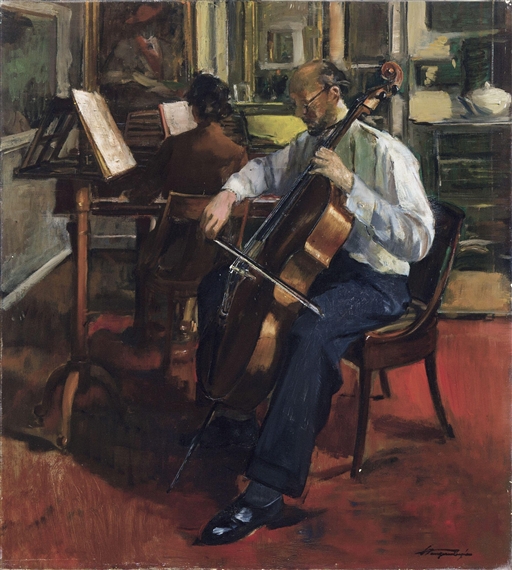 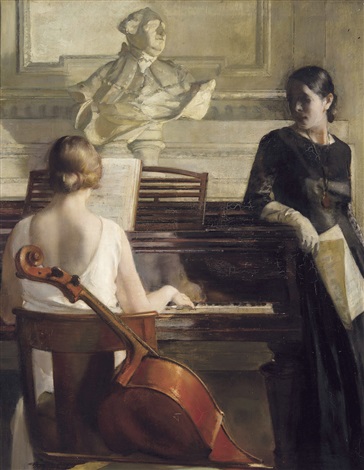 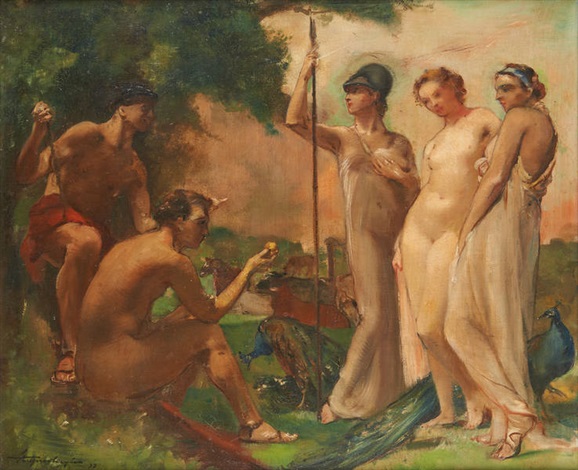 Le jugement de Pâris - 1937
A rare Academy-themed work done while he was a professor. 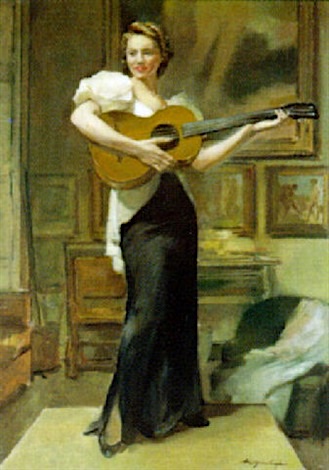 La cigale ou la musique - The Cicada or Music
I'm not sure what the title means. Also, apologies for the poor quality of the image, but it's the best I could find in that size range. 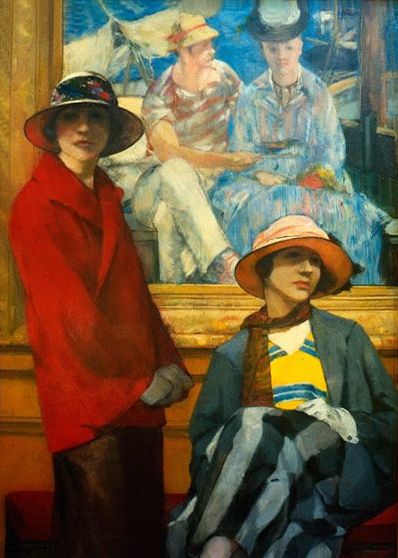 The Manet - 1922
I think this painting is the best of the lot, though it's not particularly characteristic of his work.
Posted by Donald Pittenger at 1:00 AM

Thank you for the Zevenberghen image of the woman ironing. Not only is it a splendid painting in its own right. But it also slotted beautifully into my theme of Edwardian women doing domestic work. I would not have found this Belgian artist by myself.

Do you know where his painting hangs?

Hels -- It was auctioned two years ago, so seems to be in a private collection.