One of my pet peeves regarding the naming of architectural styles is the category "Fascist Architecture" (fragment of a Wikipedia entry on the subject here).

My contention is that so-called Fascist Architecture was largely the same sort of 1930s transitional (from historical ornamentation to ornamentation-free modernism) found in other countries including the decidedly non-fascist United States. Salient examples tend to be buildings built by governments. But non-government structures also sometimes followed that architectural fashion.

One example of the latter is the Hotel Mediterraneo in Rome, at Via Cavour 15, about two blocks from Rome's main railway station. The link is to the ownership group that holds three hotels clustered near the same intersection. One hotel is 19th century, but the Mediterraneo and the adjoining Atlantico were built in the 1930s -- the Mediterraneo in 1936, designed by Mario Loreti.

The Mediterraneo caters to tour groups, which is how I first stayed there a few years ago. Recently I booked myself on a western Mediterranean cruise and stayed two nights at the hotel before heading to the Civitavecchia cruise port. Below are a few snapshots I took before departing. 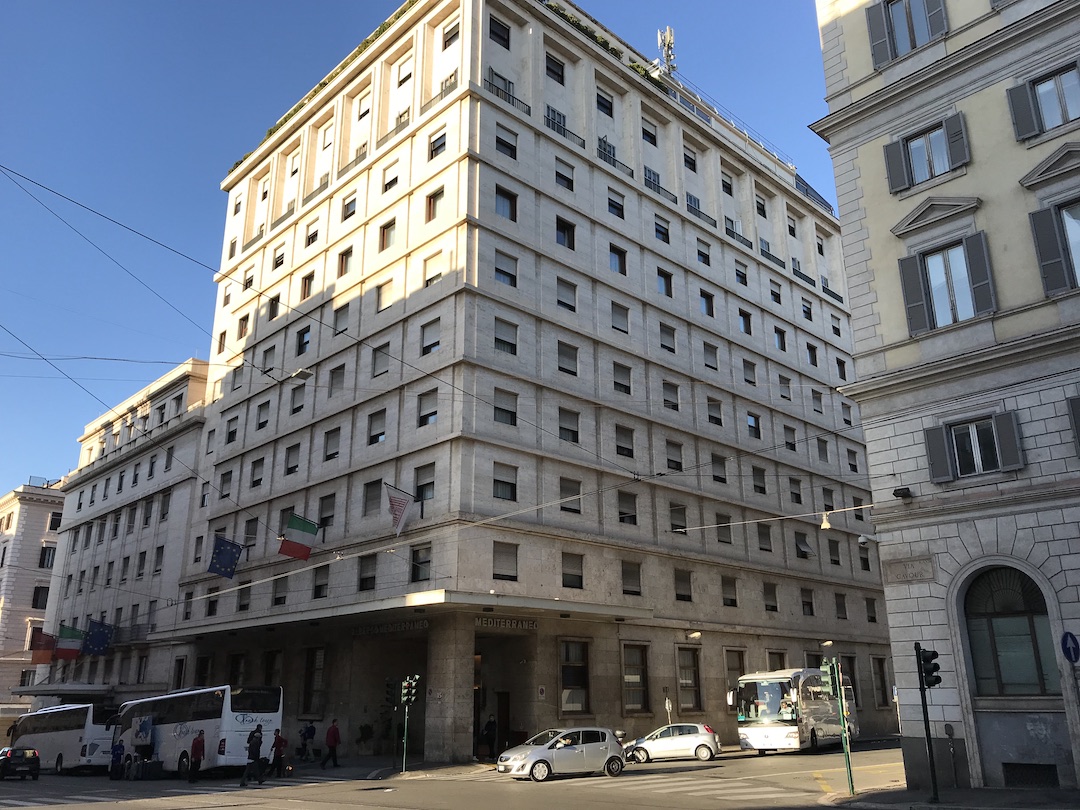 Mediterraneo exterior.  The entrance is at the near corner.  To the left is the Atlantico.  Note the tour busses parked on the Via Cavour. 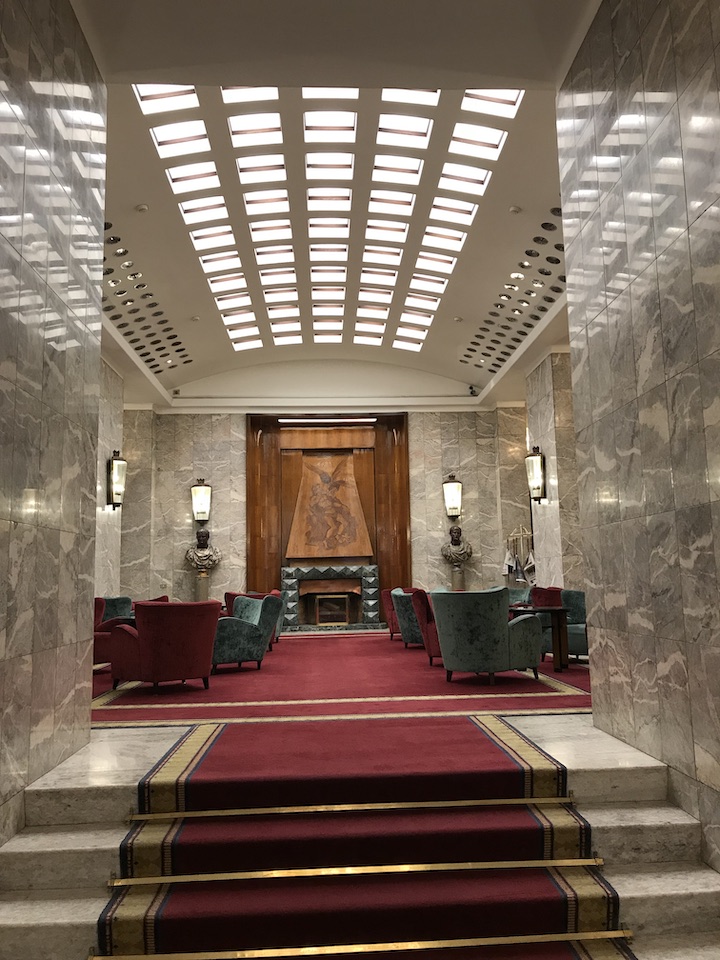 Lounge area off the hotel lobby. 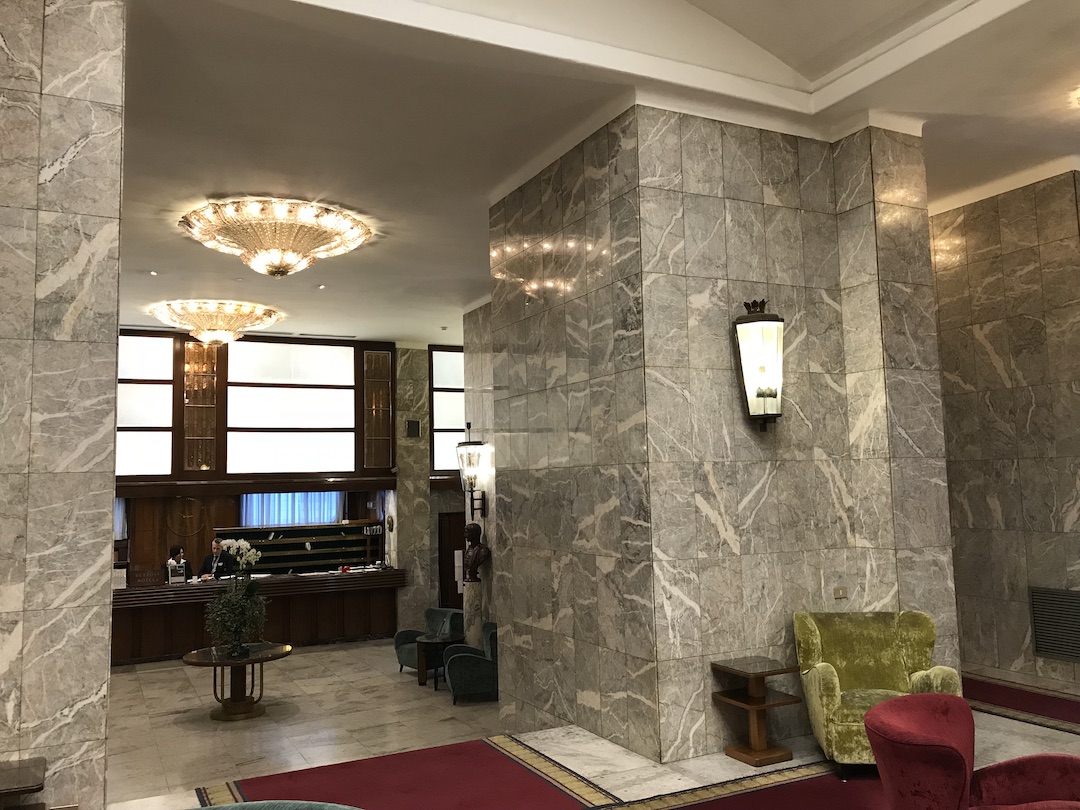 To one side of the lounge. 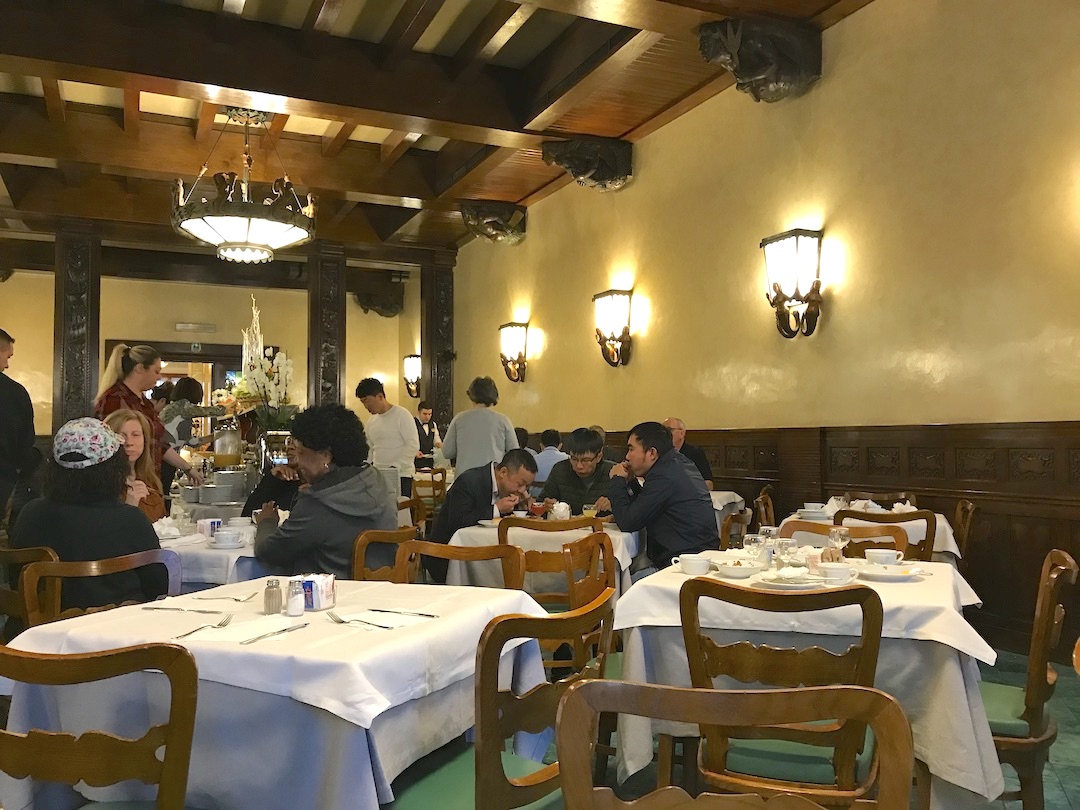 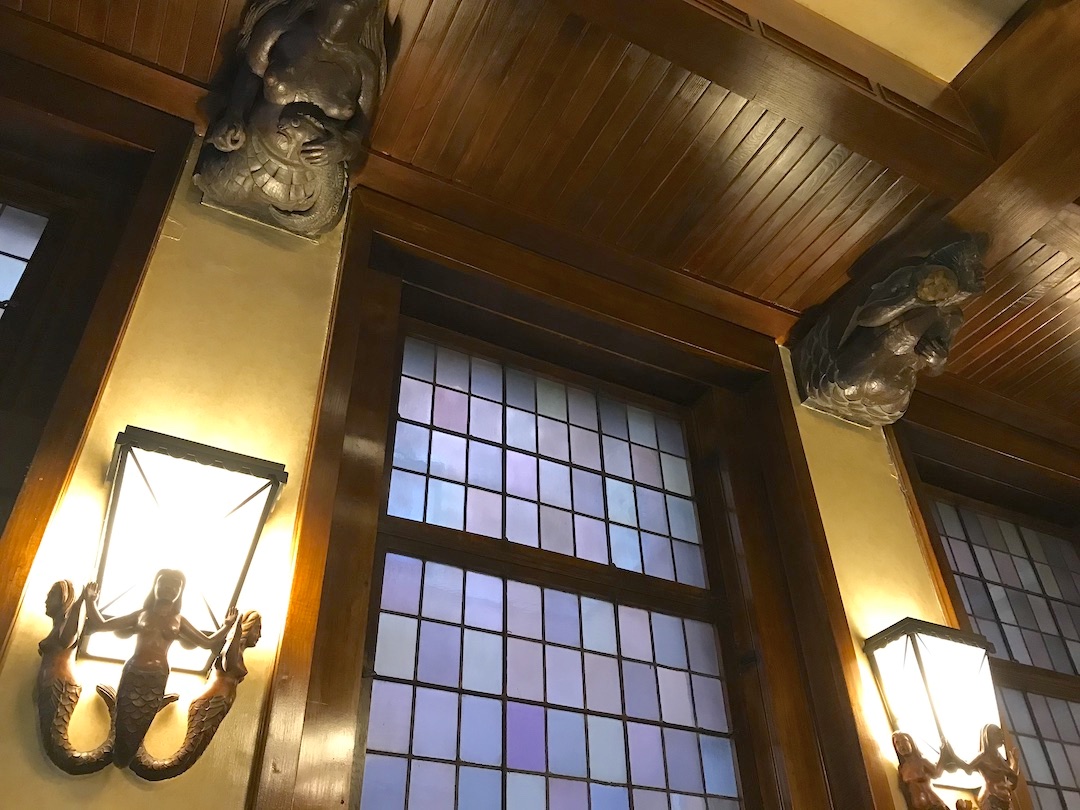 Wall and ceiling décor in the dining room.
What is shown above are essentially simple shapes and rich materials accented by small amounts of detailed ornamentation. In other words, characteristic of the 1930s transition to ornamentation-free modernist forms.
Posted by Donald Pittenger at 1:00 AM

Great appearance, even now.
But I would call the style Art Deco or Bauhaus ... or anything label other than Fascist.

It's certainly unfair to call the style Fascist. The government was Fascist, not the architecture. But I guess something like that is fair for government buildings that are an intentional expression of the image of itself that the Fascist government wants to have portrayed.

emjayay -- I would rather use the term "Moderne" for most of the hotel's design because Art Deco implies (to me) a style of ornamentation rather than the architectural forms on which that ornamentation is placed. However, it's all sort of a gray, amorphous naming game. And the hotel dining rook does have some sculpted ornaments that have a Deco feel to them. Ditto some elements seen in the lounge photo. Otherwise, the hotel is largely ornamentation-free.