Louis Denis-Valvérane the Painter Who Also Was Vald'Es the Cartoonist

Louis Denis-Valvérane (1870-1943) was a Provençal painter and illustrator/cartoonist who is perhaps best known for his racy (at the time) cartoons in the magazine La vie Parisienne that he signed as Vald'Es.

Biographical information on him is almost non-existent on the Internet. Very brief items are here and here. A web site devoted to him is here. It is in French and contains a little more information, but mostly mentions aspects of Provençal nationalism.

Denis-Valvérane's paintings found on the Web tend to be somewhat mediocre in my opinion, but some of his cartoon work strikes me as being very good. Examples of each are shown below. 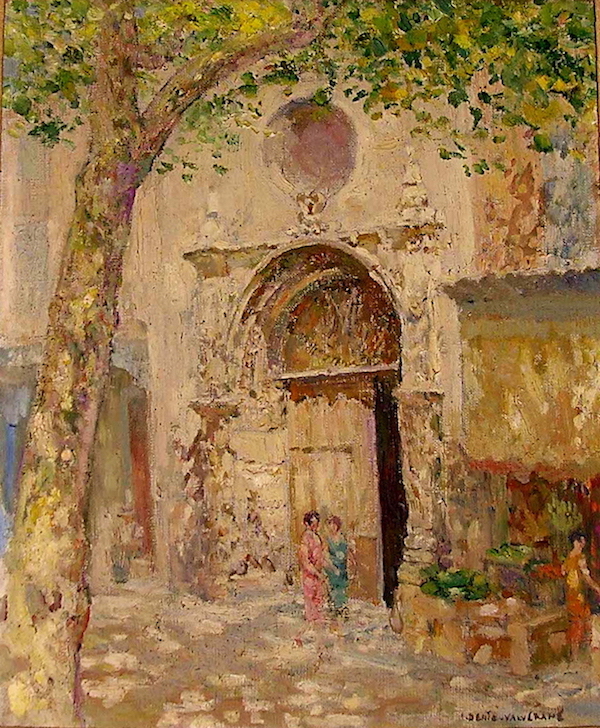 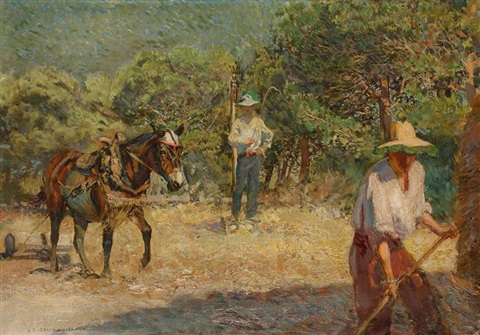 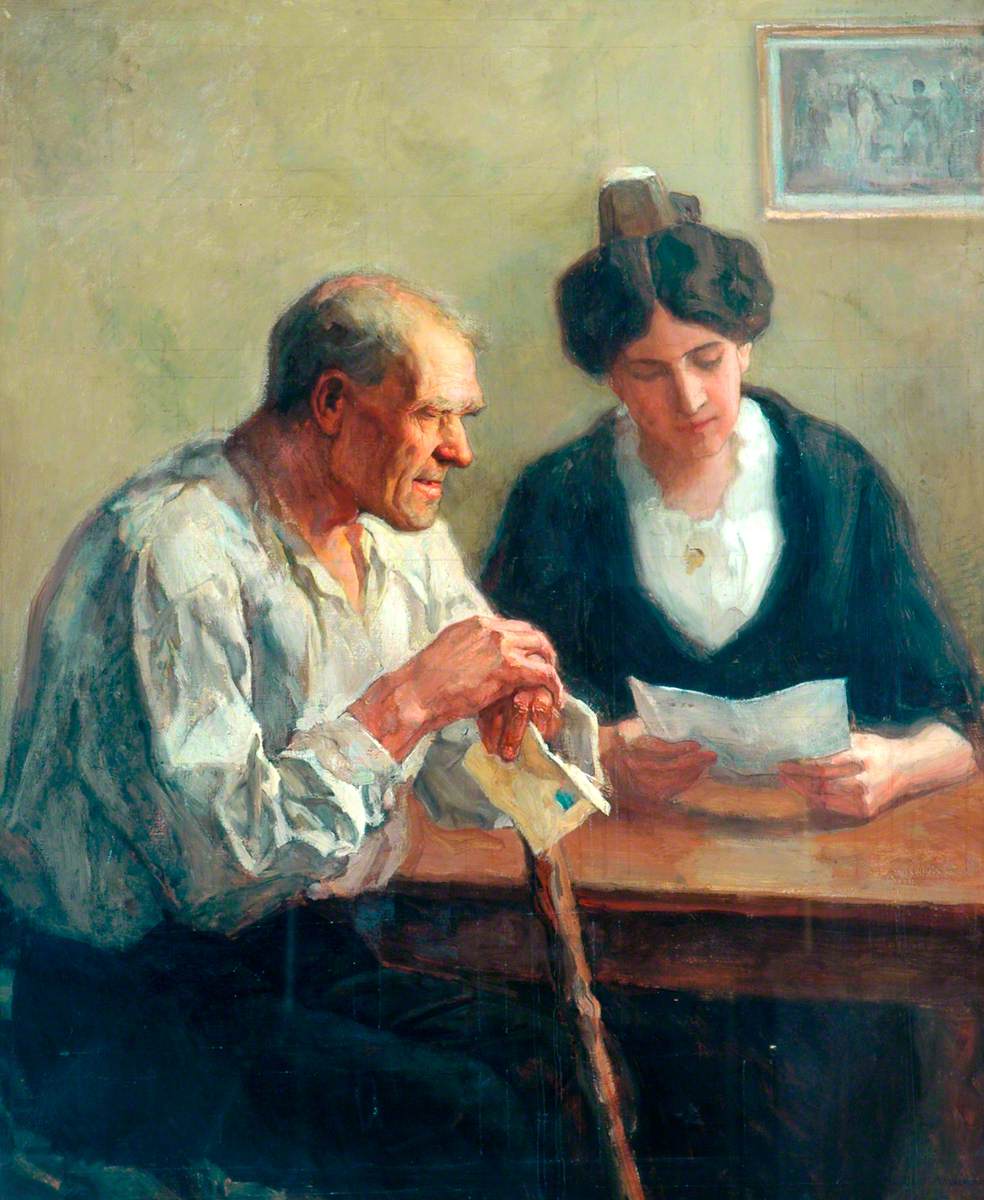 Young Woman Reading a Letter to a Blind Man
The man's shirt and hands are done well. 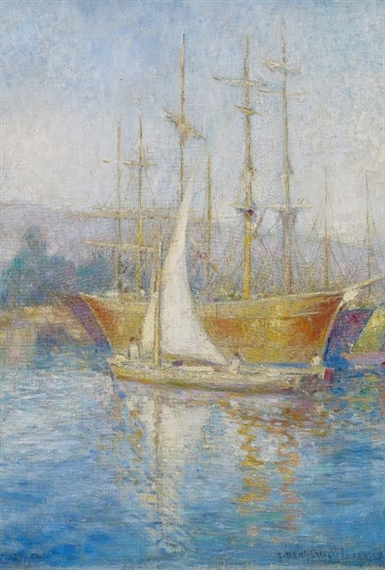 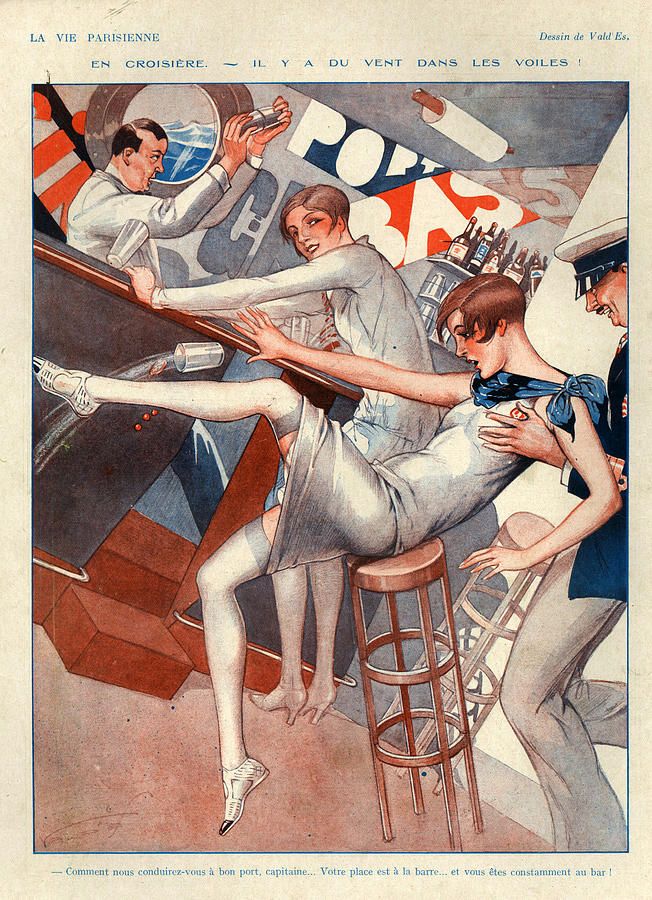 Apparently it was expected in La vie Parisienne that it was good to show some female thigh above the stocking. 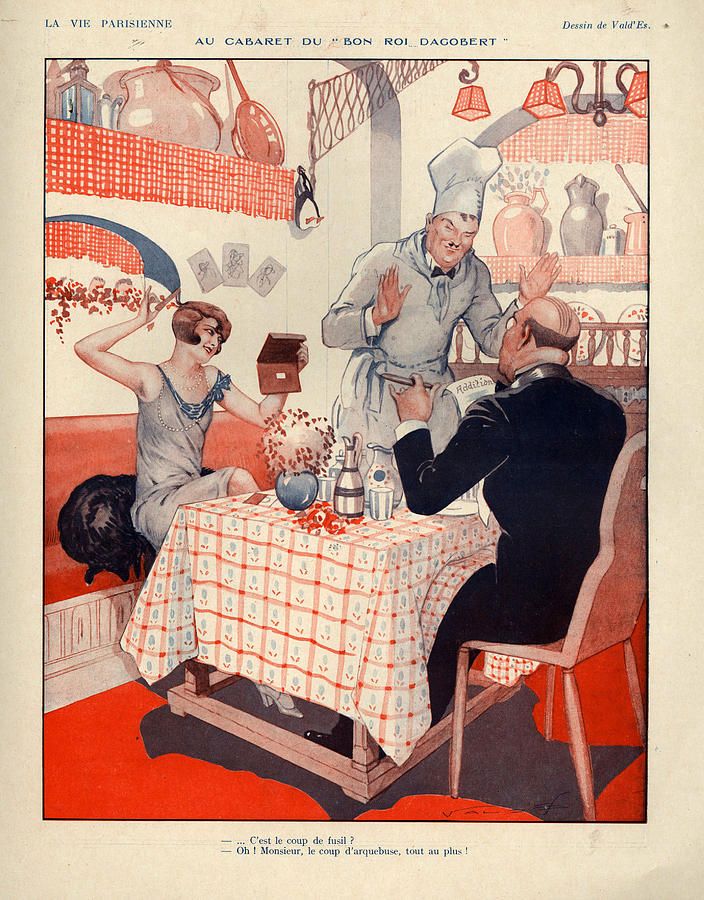 But that wasn't mandatory. 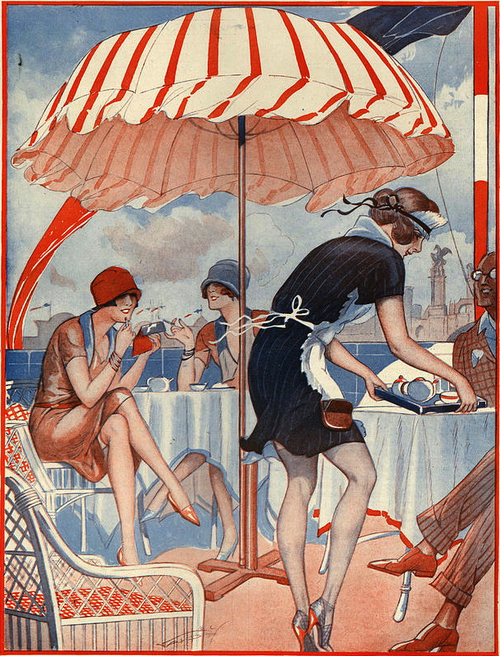 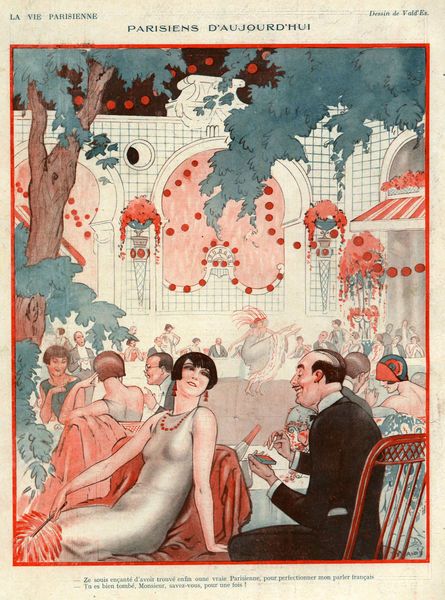 A two-part cartoon about young French women in the Roaring Twenties. 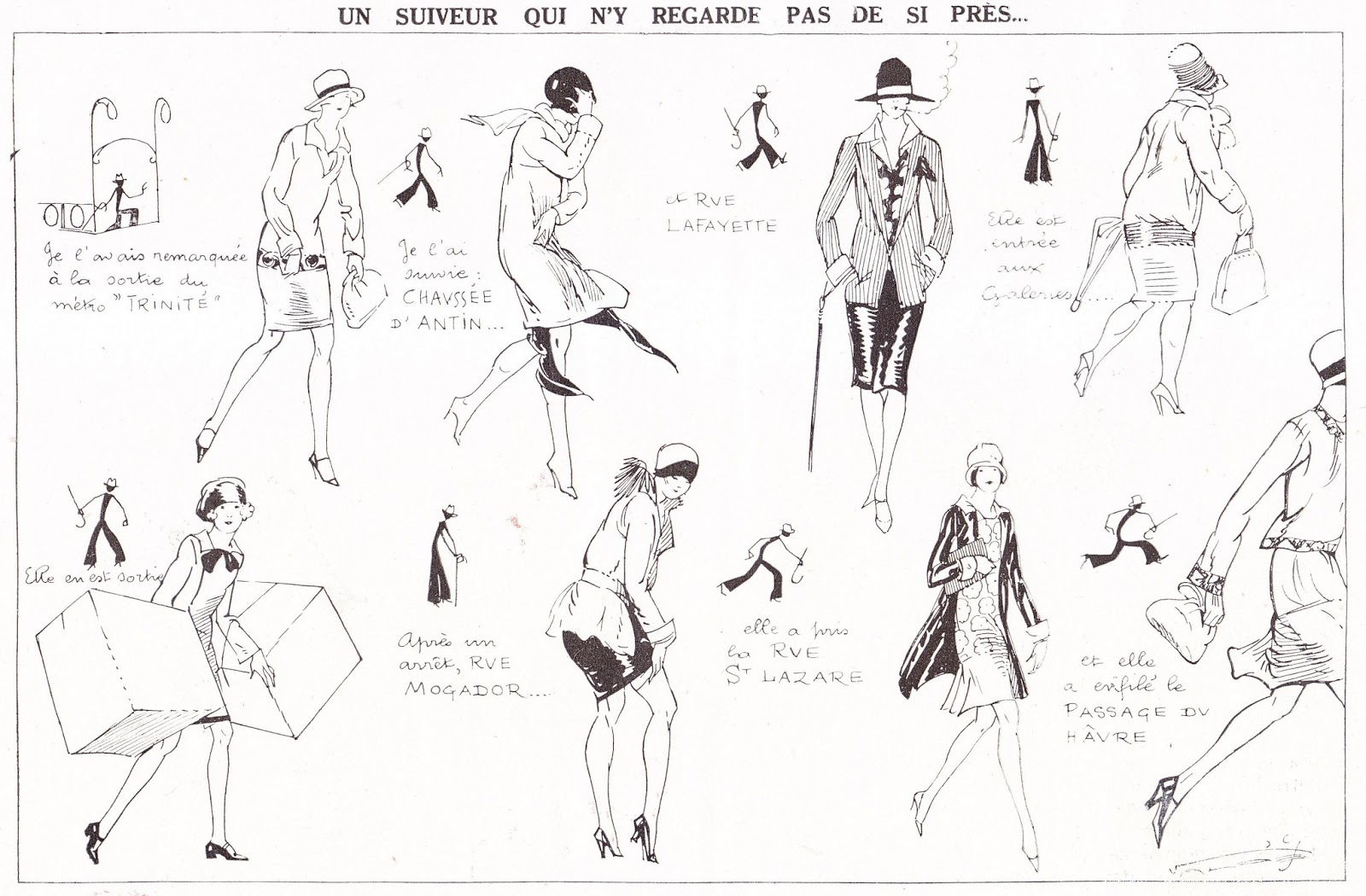 I like this one. Well-drawn, witty. Click on it to enlarge.
Posted by Donald Pittenger at 1:00 AM