Russell Patterson (1893-1977), as his Wikipedia entry indicates, was more than just a cartoonist. Yet his witty and well-drawn Roaring Twenties flappers exemplified the era as much as the cartoons of John Held, Jr. and, to my mind, they were better than Held's (whose cartoon work I admire).

Moreover, Patterson's career didn't fade during the Great Depression. He tweaked his style, switching from pen to the more fashionable (in the 1930s) brush, and his popularity continued on its merry way.

Patterson also did advertising art. I located examples in the Art Directors Club of New York issues of the Annual of Advertising Art for 1929 and 1930. These were done for the New York Central Railroad and are shown below dated circa the year before the publication of the annual in which they appeared. Those images are spruced up photos rather than scans because I found the annuals in the stacks of a college library and it was most convenient to grab the images via digital camera; apologies for the less-than-perfect quality.

Here they are along with other examples of Patterson's work of that vintage to set the scene. 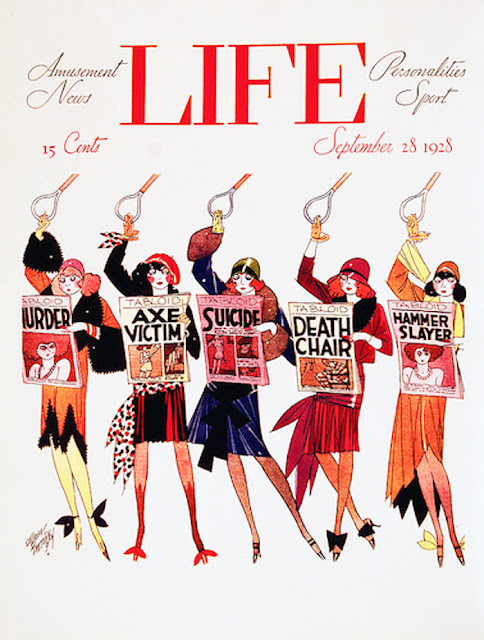 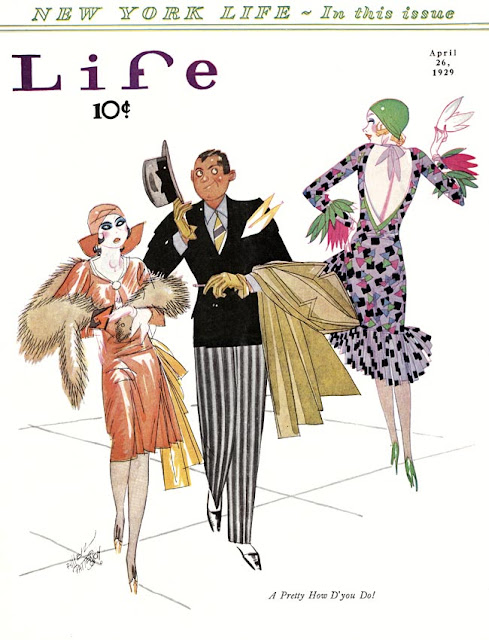 Life cover - 26 April 1929
The eyes on the flapper on the left remind me of the way Kees van Dongen did female eyes. 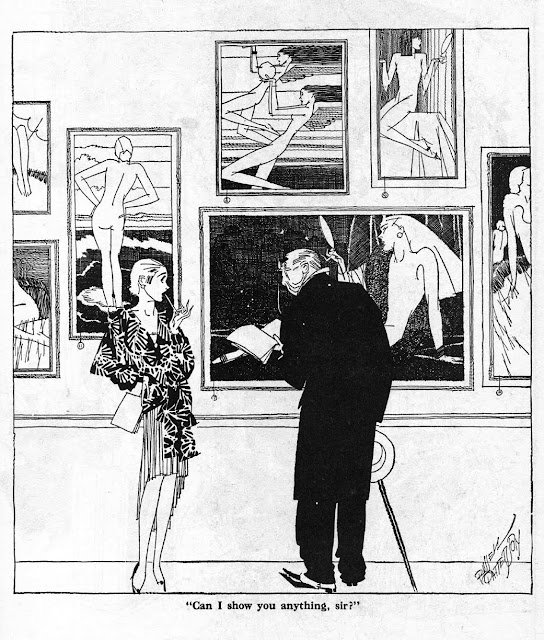 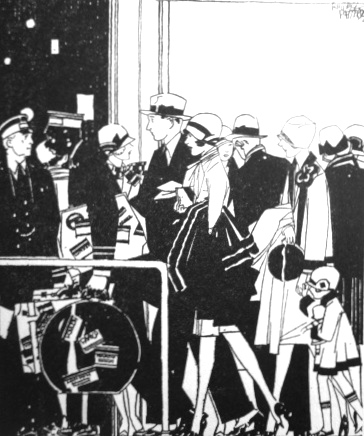 Art for New York Central Railroad advertisement - c.1927
This illustration is similar to his cartoon style, but more dignified.

Posted by Donald Pittenger at 1:54 AM

What a fine selection. "One of Patterson's better-known covers" - and no wonder. This is very pick-you-up stuff.