Architect Harvey Wiley Corbett (1873-1954) didn't invent the concept of multi-level separation of vehicle and pedestrian traffic, but he did much to popularize the concept in the early decades of the twentieth century. His Wikipedia entry is here, and a discussion of his city planning ideas is here.

The idea of separating rail, street vehicle and pedestrian traffic has both rational and idealistic appeal, and the twentieth century up to around 1940 was a time when bold concepts of the future were entertained and even given serious consideration. Offhand, I can't think of any actual large-scale implementation of those ideas, because the cost and scale would have been immense. A small-scale implementation was in the General Motors pavilion at the 1939-40 New York Worlds Fair (the link has a photo).

Logic and idealism aside, I find it hard to image a real-world city of that kind. I'm not sure that drivers would have enjoyed being channeled between stark building walls or, in some cases, roaring along hundreds of feet above ground level. And pedestrians would be breathing exhaust fumes rising from all those cars, trucks and busses running below. 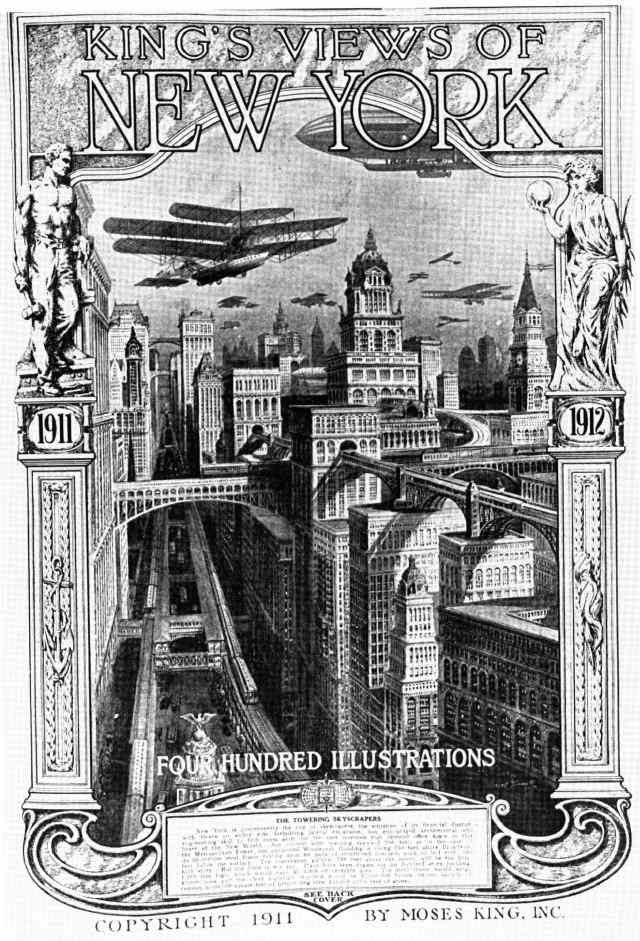 King's View - 1911
This is a well-known early example of a utopian future New York City.

City of future by Corbett - 1913
Internet sources say this drawing was based on Corbett's thinking, but I can't confirm that he was at it as early as 1913.

Corbett for Regional Plan Association - Hugh Ferriss, delineator - 1923-24
This is a modest version of a multi-level traffic city. 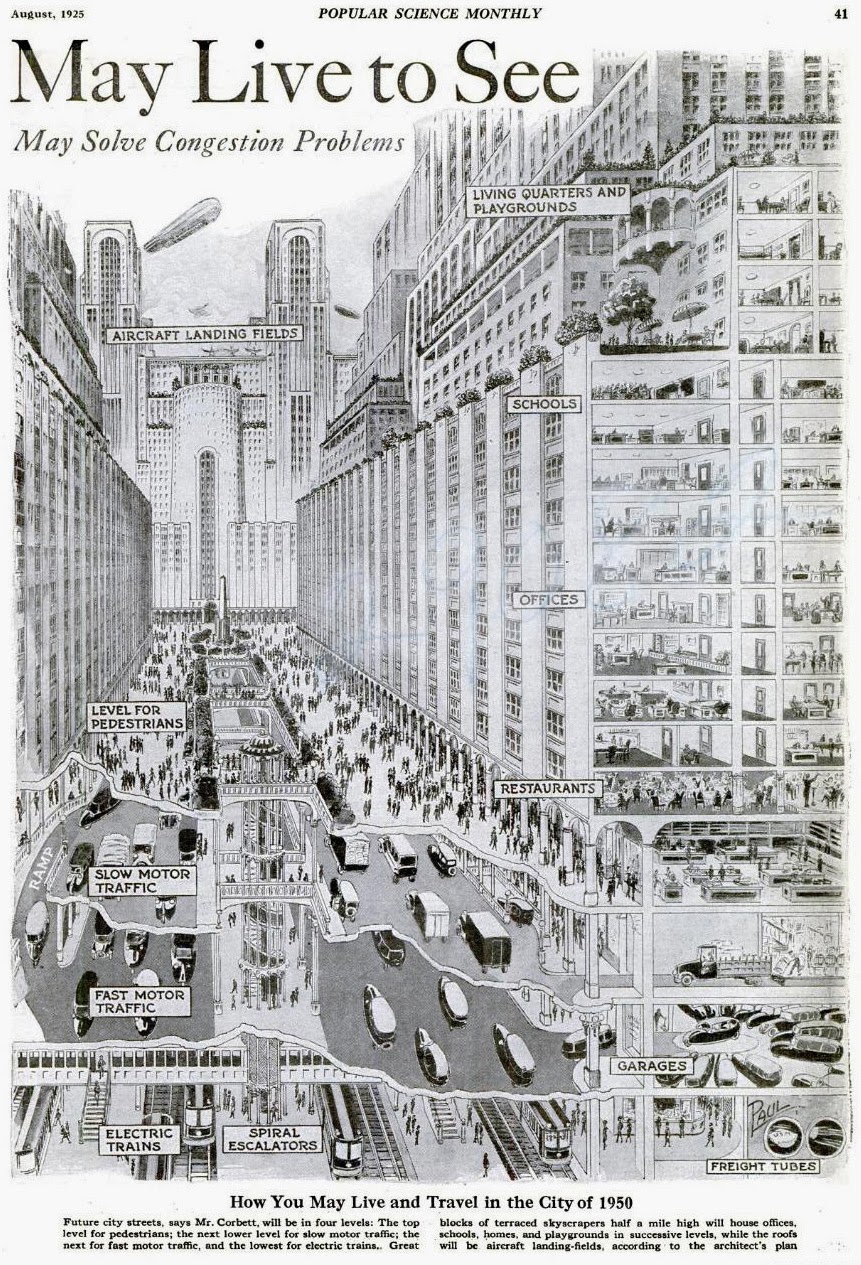 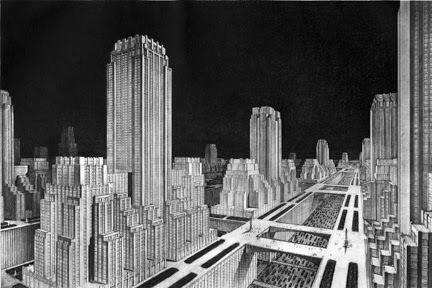 Concept by Francisco Mujica - 1929-30
A future city in the Corbett idiom. 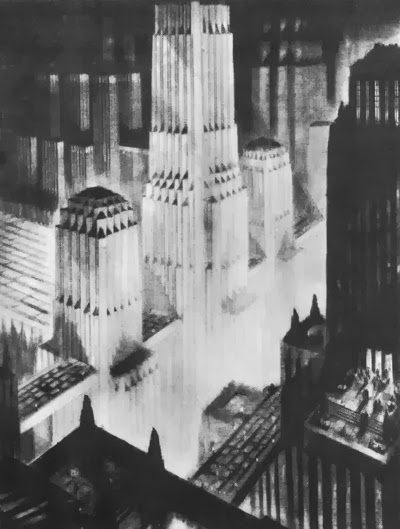 From "The Metropolis of Tomorrow" by Hugh Ferriss
This image shows traffic pulsing along some 30 or 40 floors above ground level. What always intrigued me about this rendering is the party taking place on the terrace of the building to the right. 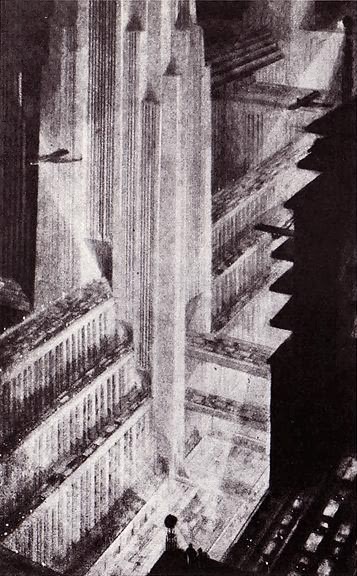 Here Ferriss shows multiple raised roadways along with a Corbett-style pedestrian level near the ground.  Those airplanes cruising between the skyscrapers make me nervous, but apparently didn't bother Ferriss. 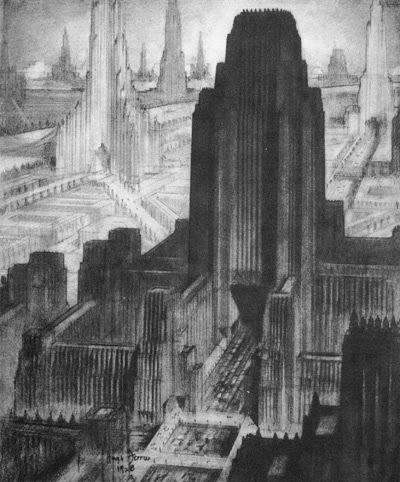 No high-level trafficways here. Pretty much standard Corbett in this Ferriss drawing.