William Merritt Chase (1849-1916) was a leading American painter during the late 19th and early 20th centuries, as his Wikipedia entry indicates. Highly prolific, he often would paint whatever was at hand when he wasn't teaching or doing commissioned work. Such subjects included family members and even scenes of his studio, the subject of this post.

Here are some of Chase's studio scenes. 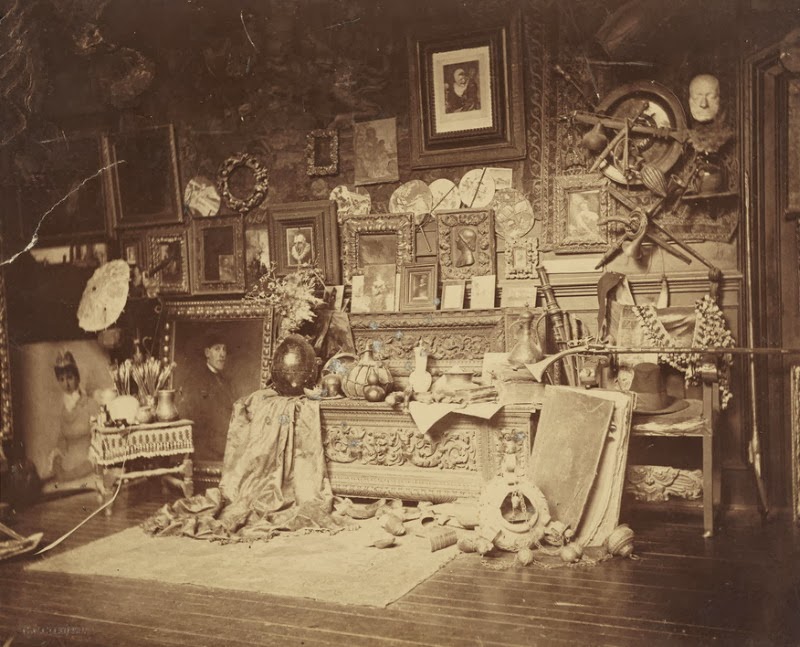 Photo of studio
This is a photo of Chase's studio on Tenth Street in New York City. 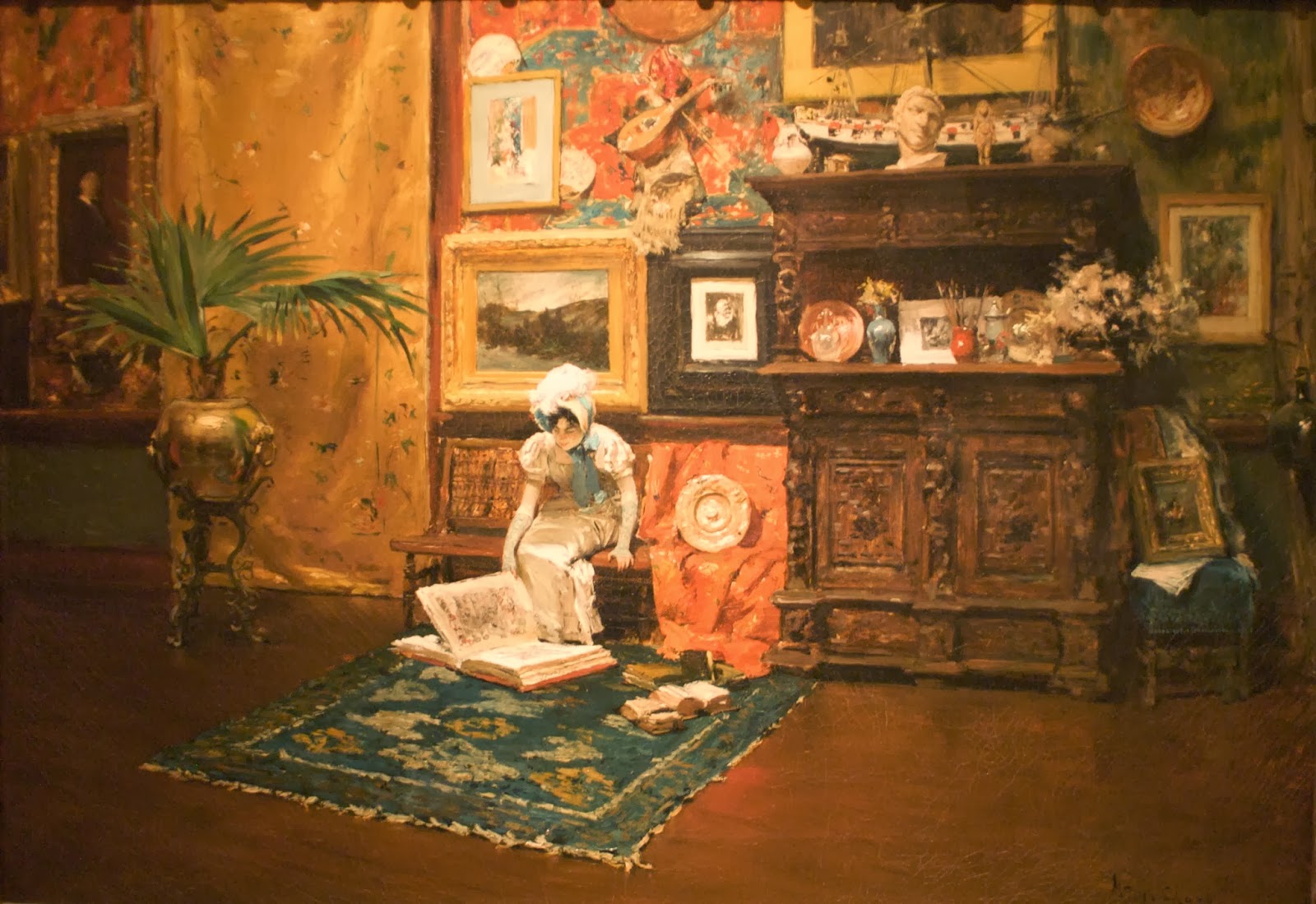 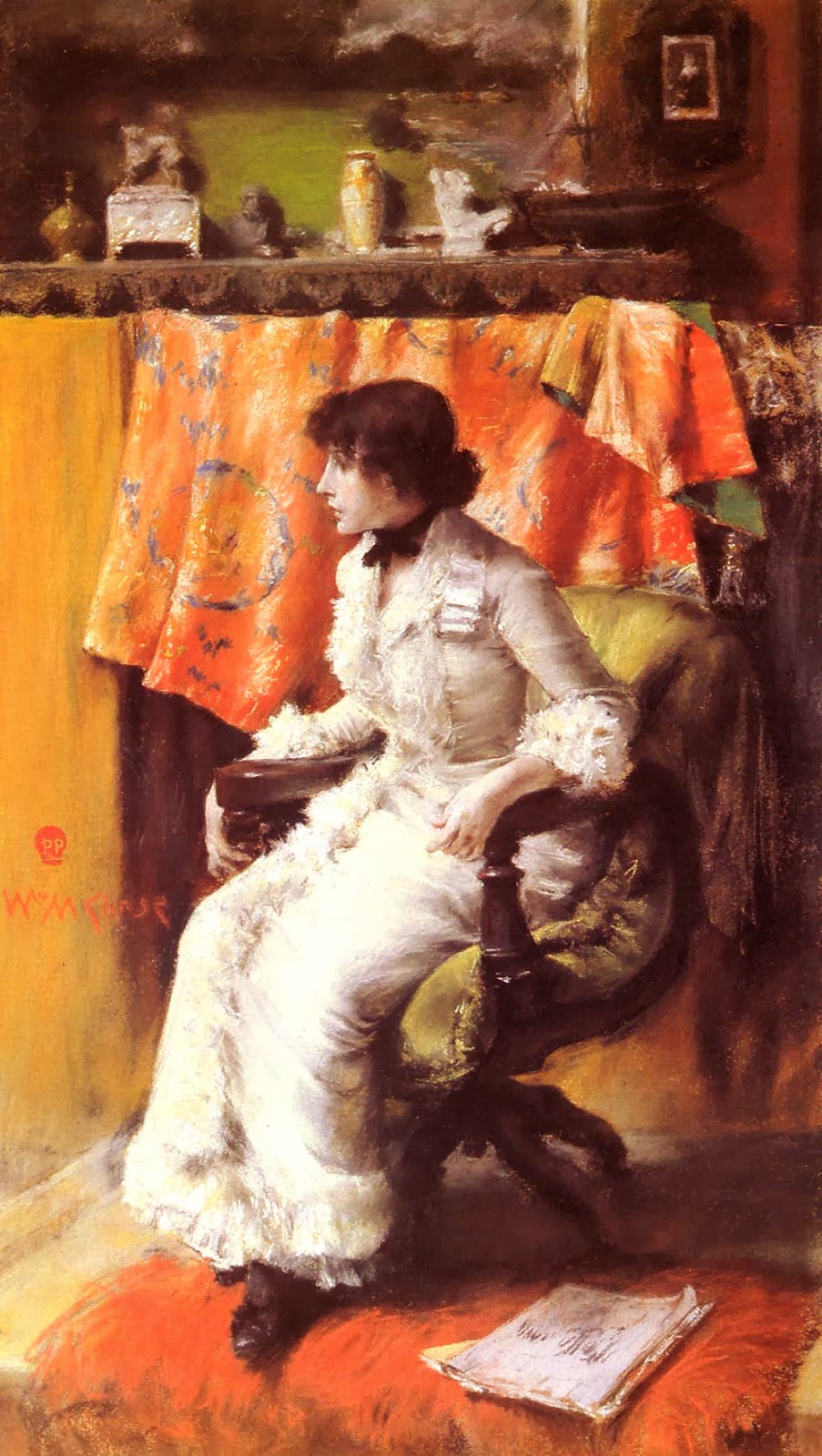 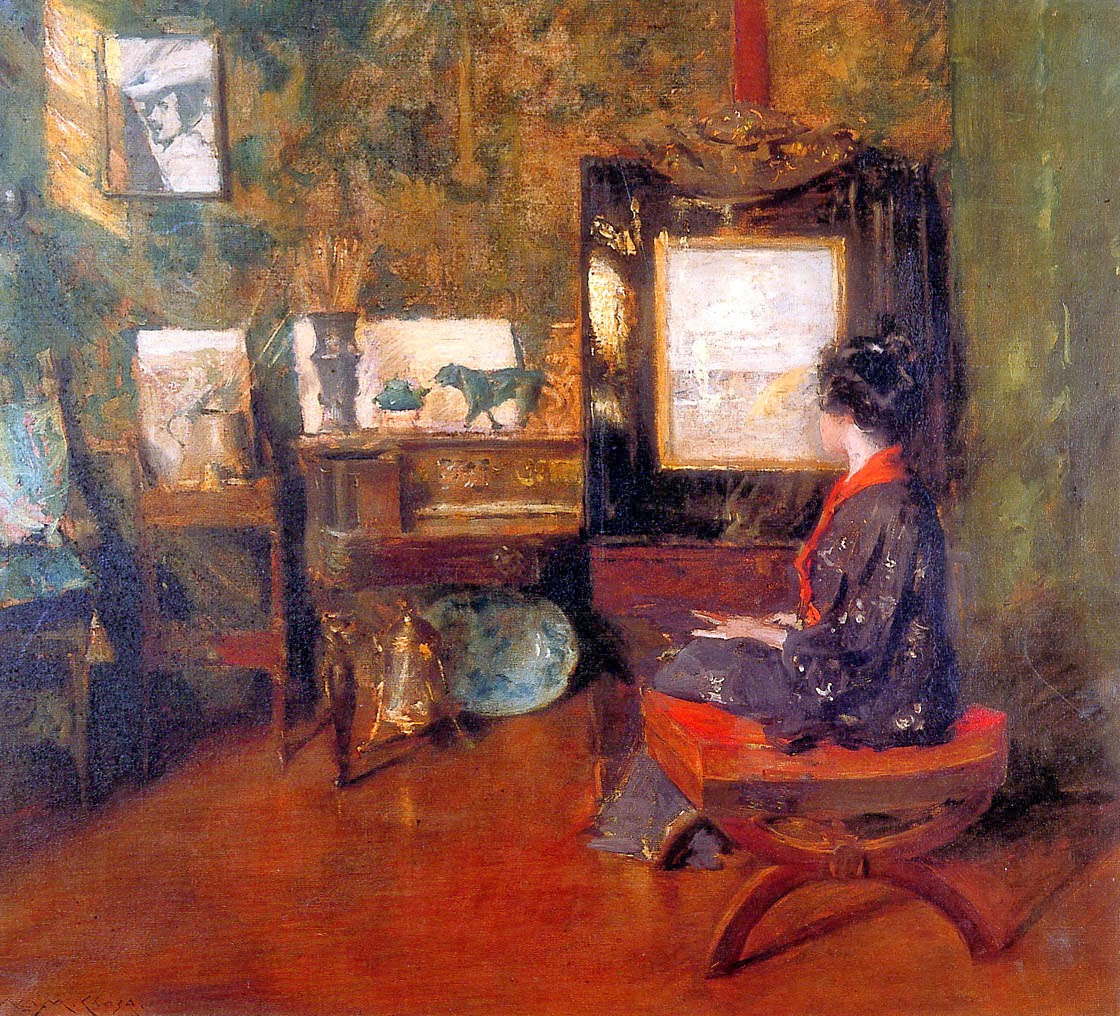 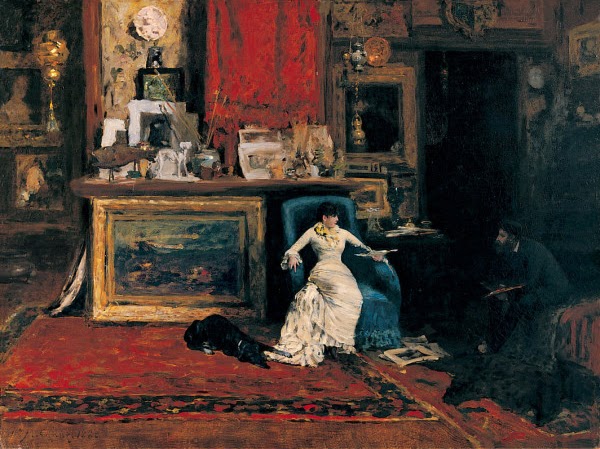 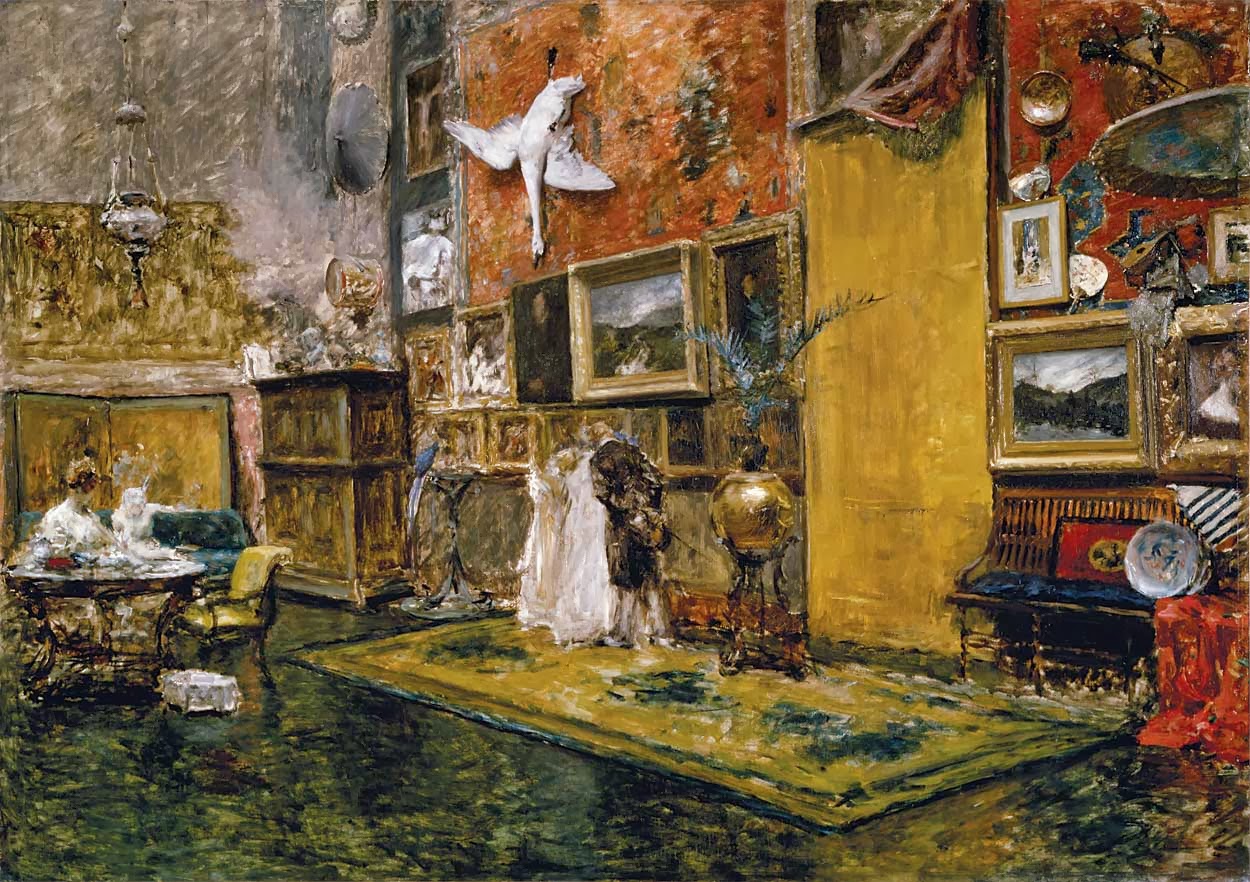 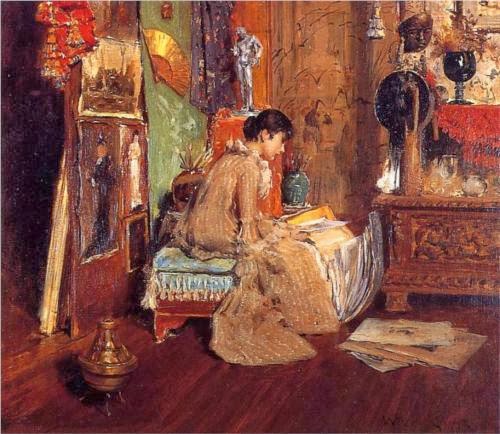