Norman Wilkinson (1878-1971) was an illustration all-rounder. As his Wikipedia entry indicates, besides the travel posters treated in this post, he was a noted painter of naval scenes as well as a camouflage expert. With regard to the latter, he is credited with inventing "dazzle" camouflage for ships during the Great War.

From what I can glean from viewing Images in Google, most of Wilkinson's poster work was done for the London, Midland and Scottish Railway between the world wars. The LMR's main routes were up the west side of Britain, so places such as the Lake District, Wales and Western Scotland were often featured in his work.

Not shown here are Wilkinson's naval paintings -- I might feature those in another post. For those, he used a painterly technique quite different from the areas of flat color he judged appropriate for poster work. A versatile professional, and good at what he did. 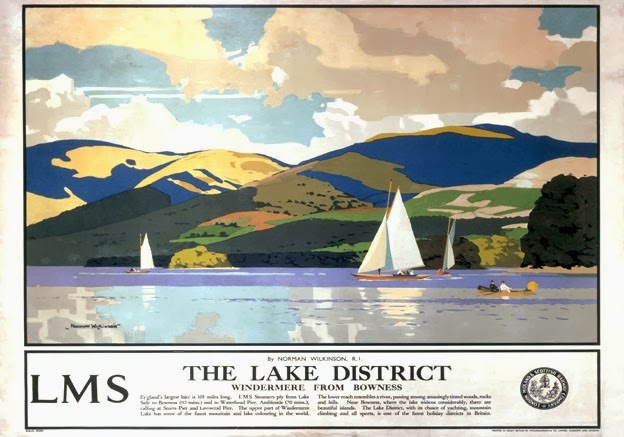 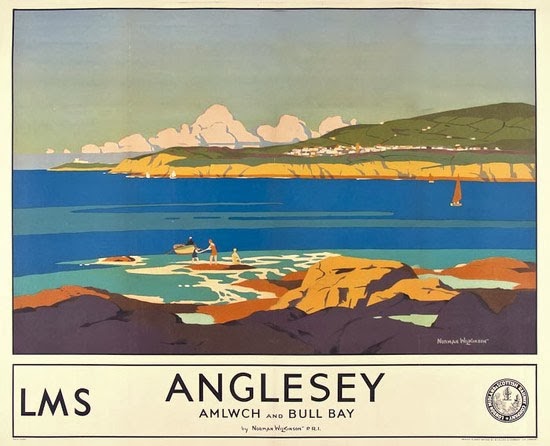 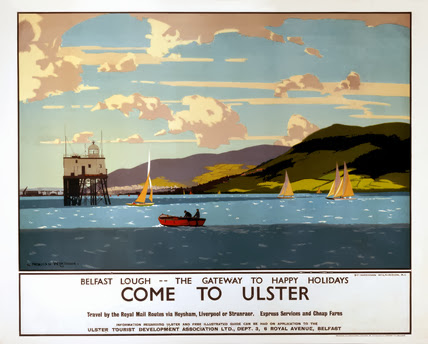 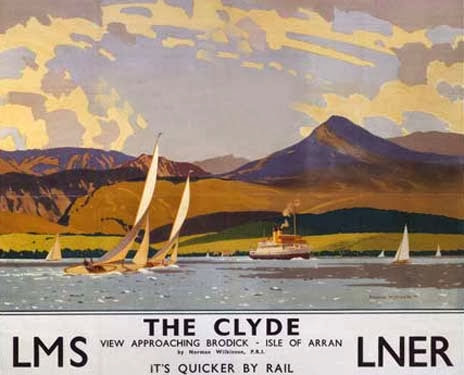 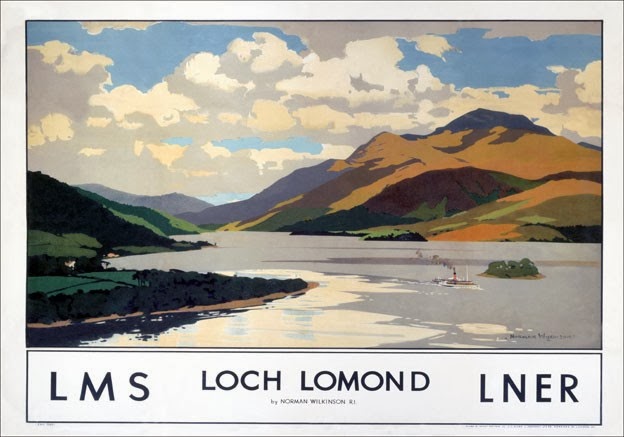 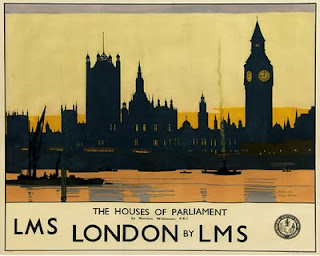 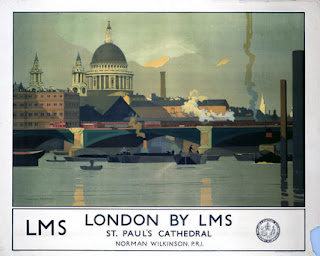 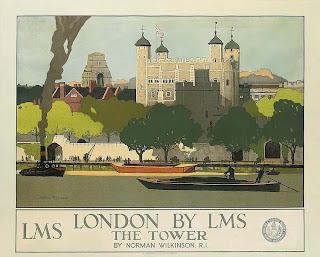 Of course, London itself was a tourist destination for people living in other parts of the UK. True to form (as all the other images shown indicate), Wilkinson includes water -- in this case the River Thames. I chose to use a downstream sequence of views for the three posters shown above.

I've always enjoyed his work. Whether it's relevant that the LMS railway had a station in the town where I grew up is, I suppose, unknowable.

dearieme -- Thank you for your interest and the list. I have a couple of books dealing with British railway post art that I got in York a while ago, and they have been my main source for this occasional series. But now I can Google on the names you provided to turn up more examples.