In the Beginnig: Roy Lichtenstein

Roy Lichtenstein (1923-1997) is best known for being one of the first of the 1960s Pop Art practitioners. His reputation was built on paintings that were based on comic book images he found here and there. (His Wikipedia entry mentions this, and here are matched examples of his paintings and their likely sources of inspiration.)

Lichtenstein spent three years in the Army during and after World War 2 and then time completing college, so his career didn't really begin to roll until the end of the 1940s. Thanks to this timing, his works then and for the next dozen or so years were the usual modernism of the day. That was what was expected by the rising new Art Establishment, so Lichtenstein was hardly alone in going along with what seemed to be a safe career-building move. But by the late 1950s it occurred to a number of artists that Abstract Expressionism and similar modernist styles were dead ends, and that something new was needed. One such new thing was Pop Art.

Below is an archetypical Lichtenstein Pop Art painting followed by some of his earlier works. 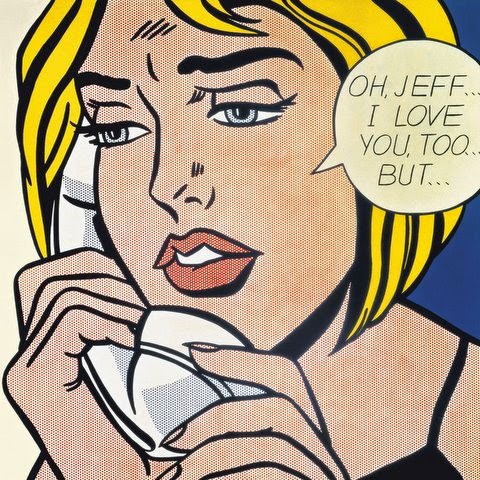 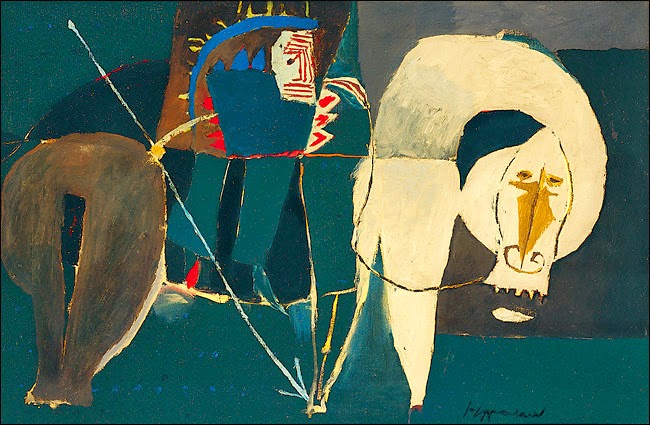 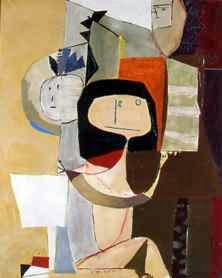 Death of Jane McCrea - 1951
This is the largest image of the painting that I could locate. 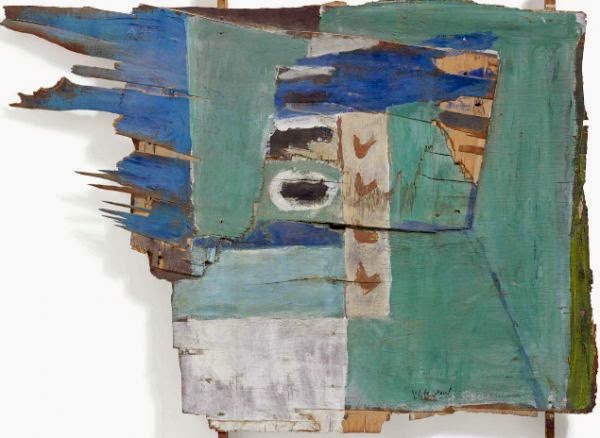 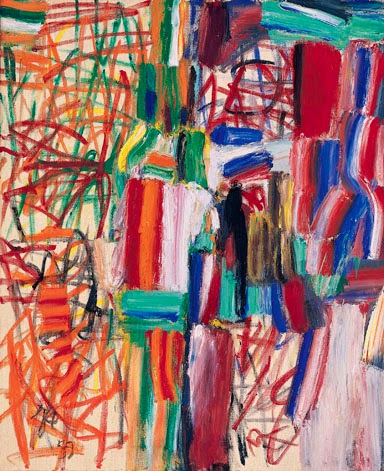 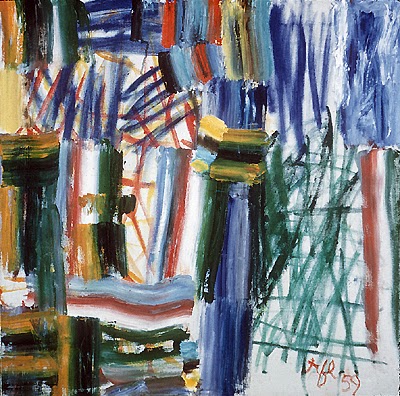