Political art is a form of lipstick on the newspaper editorial page cartoon genre. Or so I think. Messages are brought to the fore, usually in a heavy-handed manner, while artistic merit is subordinated to The Cause.

Which brings us to the interesting case of Joe Jones (1909-1963). He was a self-taught painter from St.Louis who was swept up by Communism in the 1930s and ended up painting innocuous covers for Time Magazine not long before he died. His Wikipedia entry is here.

Considering his lack of formal art training, by the time he was in his early 20s Jones was surprisingly proficient in the Social Realism style of the 1930s. And he abandoned this by the time World War 2 was over. Nevertheless, it was his 30s work, both political and American Scene, that serves as the basis for whatever notoriety he has today. 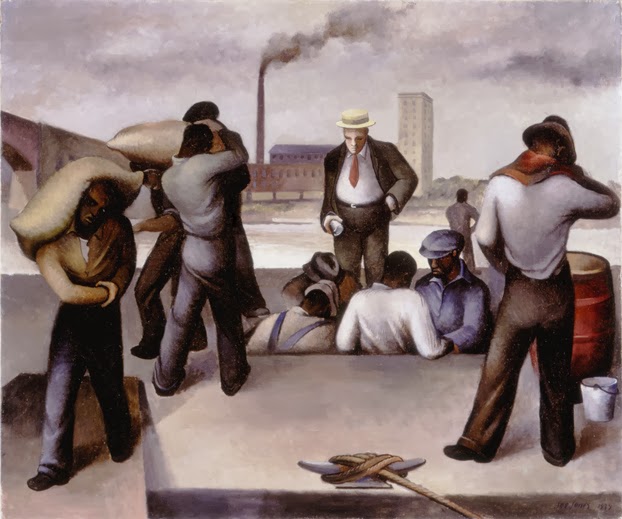 Roustabouts - 1934
These two paintings fall into the American Scene category. Note the simplified forms, a popular, yet tepid form of Modernism popular at the time. 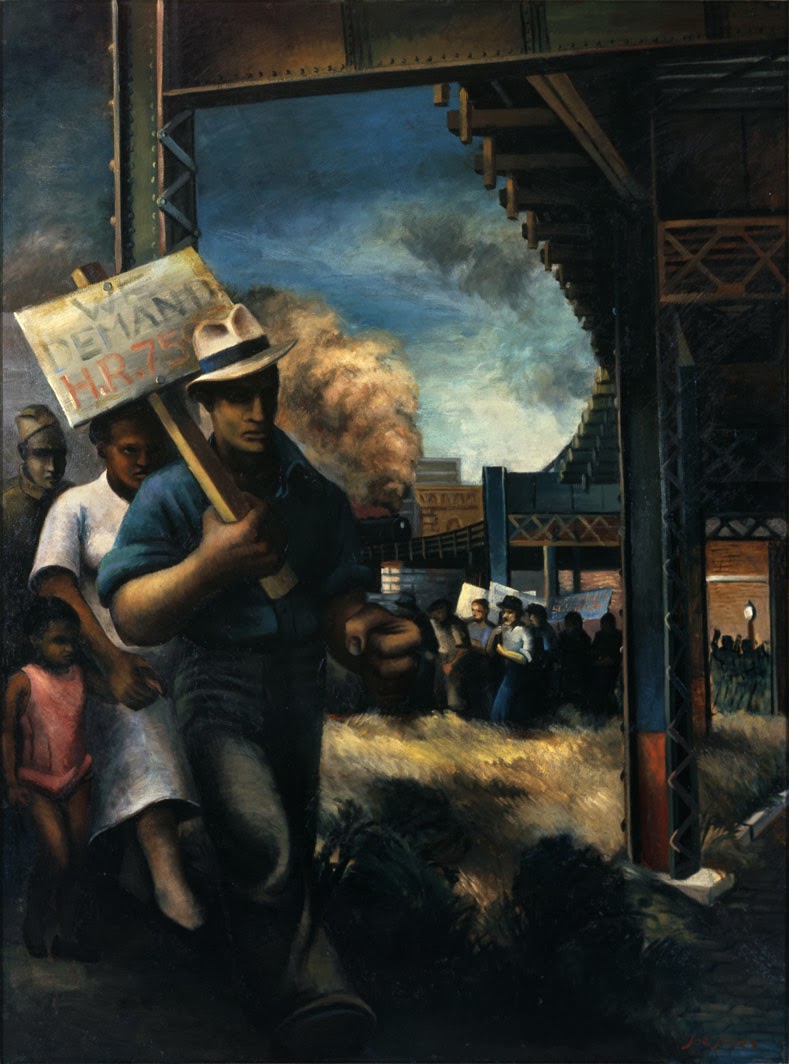 We Demand - 1934
Now Jones gets into cartoon-style paintings dealing with causes. 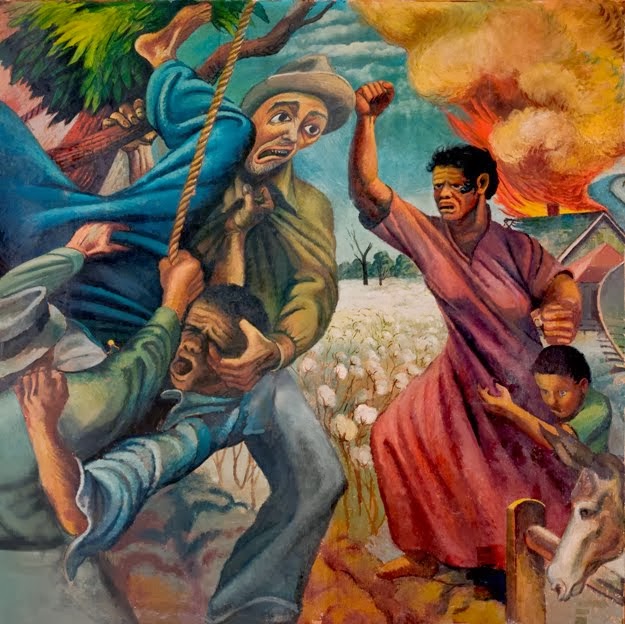 Mural segment depicting Arkansas lynching - c. 1935
Information regarding the mural and its restoration can be found here. 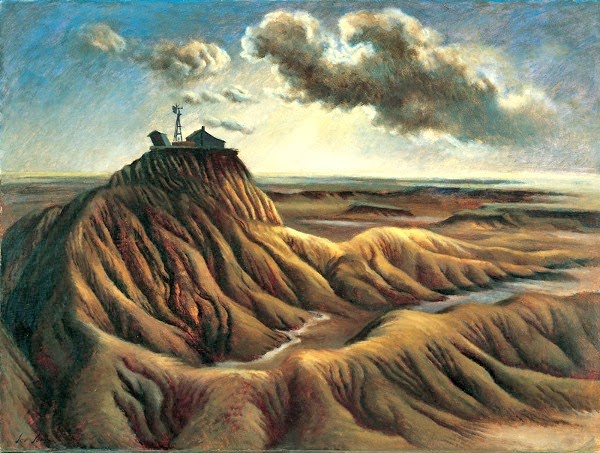 American Farm - 1936
A cartoon-like take on the Dust Bowl; the farmer who for some reason does not care for his land. 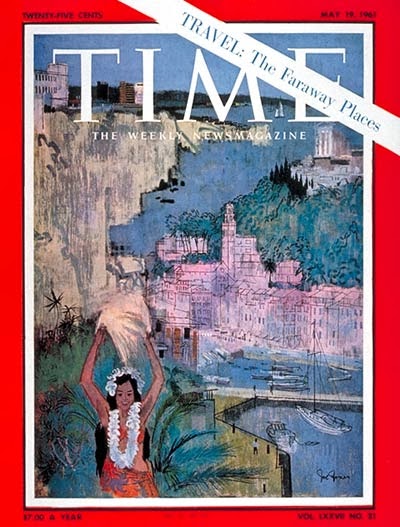 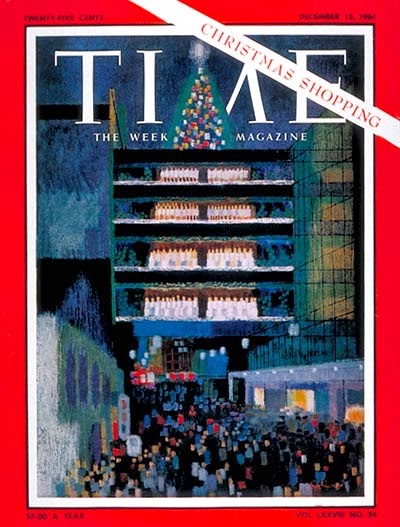 "Note the simplified forms, a popular, yet tepid form of Modernism popular at the time". Hmmm not tepid. The scenes might show starvation, exhaustion, exploitation, depression or passivity in the face of capitalism. But the art form seems strong.

Hels -- Perhaps I should have elaborated. I meant "tepid" in terms of usage of the modernist stylistic vocabulary that had been established by the 1930s. Compare Jones to Picasso and Pre-Raphaelites, for examples of a possible stylistic range.