I'm sort of a sucker for the 1920s and 1930s. Call it a "false nostalgia" thing. For that reason, I've developed a peculiar semi-fascination with Dieselpunk imagery where actual 'tween-wars art, machines, architecture and so forth are dumped into parallel universes or alternative histories and thereby transformed.

Wikipedia deals with Dieselpunk here. A more extensive introduction can be found here at the Dieselpunks Encyclopedia.  And a few Web sites for further immersion in Dieselpunk are here, here and here.

Like most other things, Dieselpunk objects can be fascinating or ridiculous or something between. As for which, that depends on the eyes and background of the beholder. Just for fun, let's take a peek at Dieselpunk aircraft. 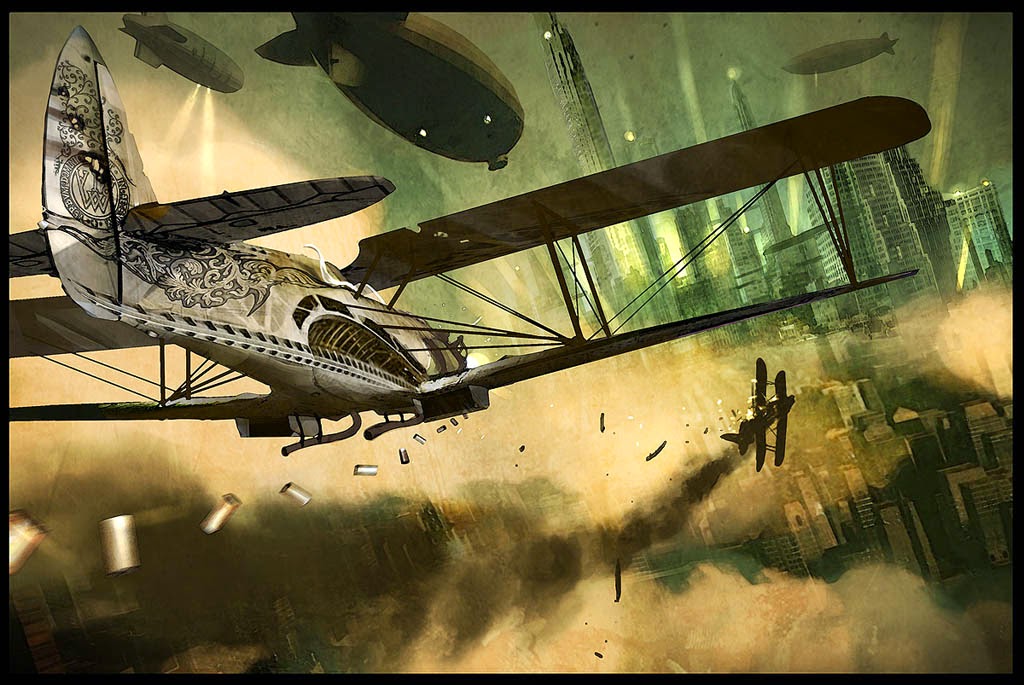 Vigil at War
I don't have a name for the artist, but wish I did because it's a realistically imaginative image. 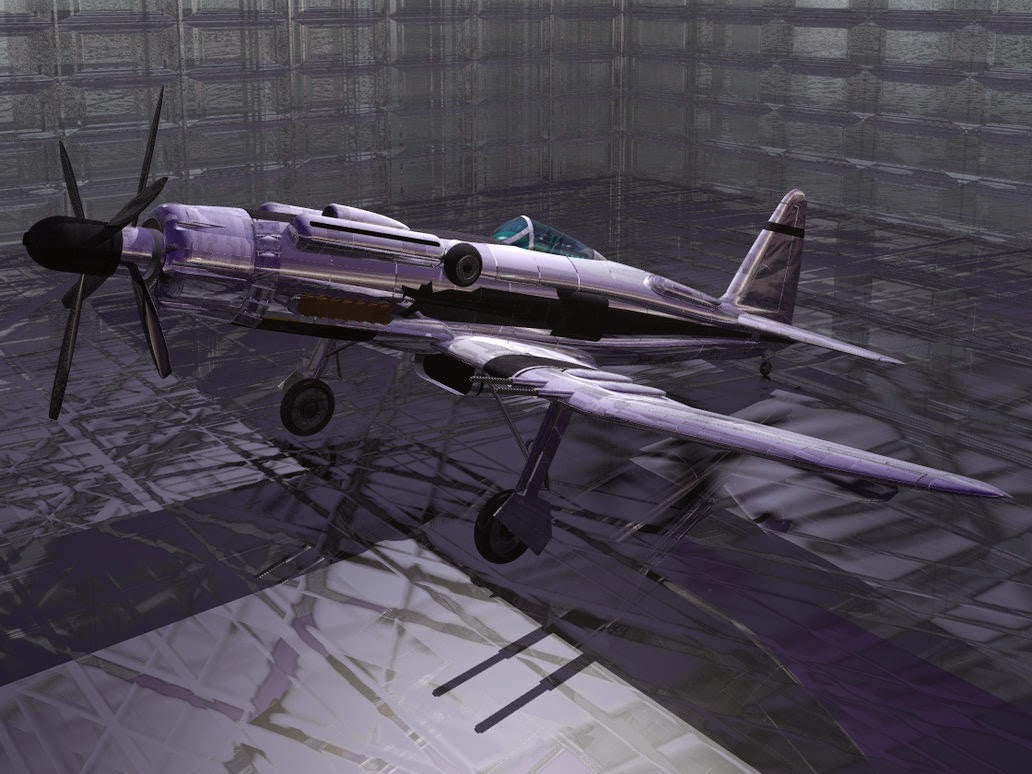 Skycrawlers
Again, I don't know the name of the designer. 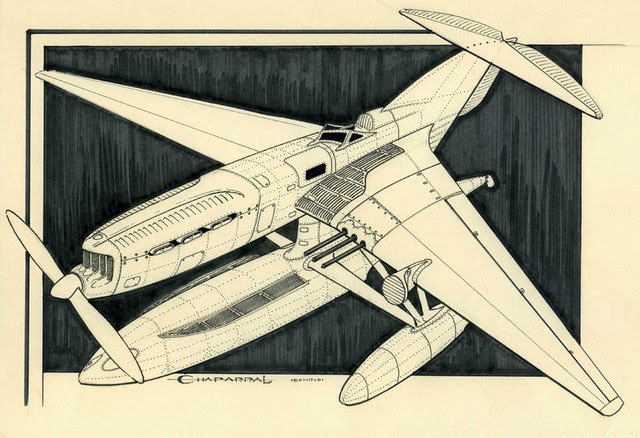 Chaparral float plane by Inago
This looks too nose-heavy to actually fly. 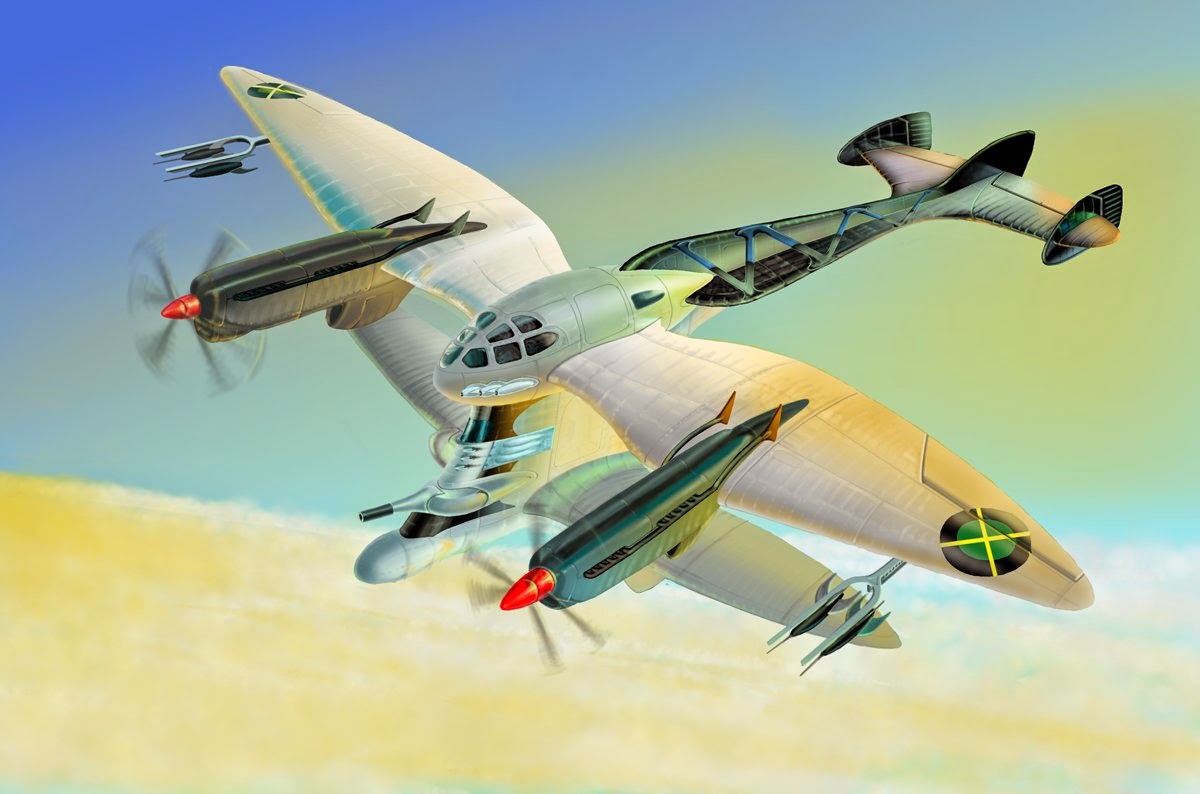 Heavy Attacker, by Inago
This illustration has airbrushing that looks very 1938. The airplane itself strikes me as pretty silly. 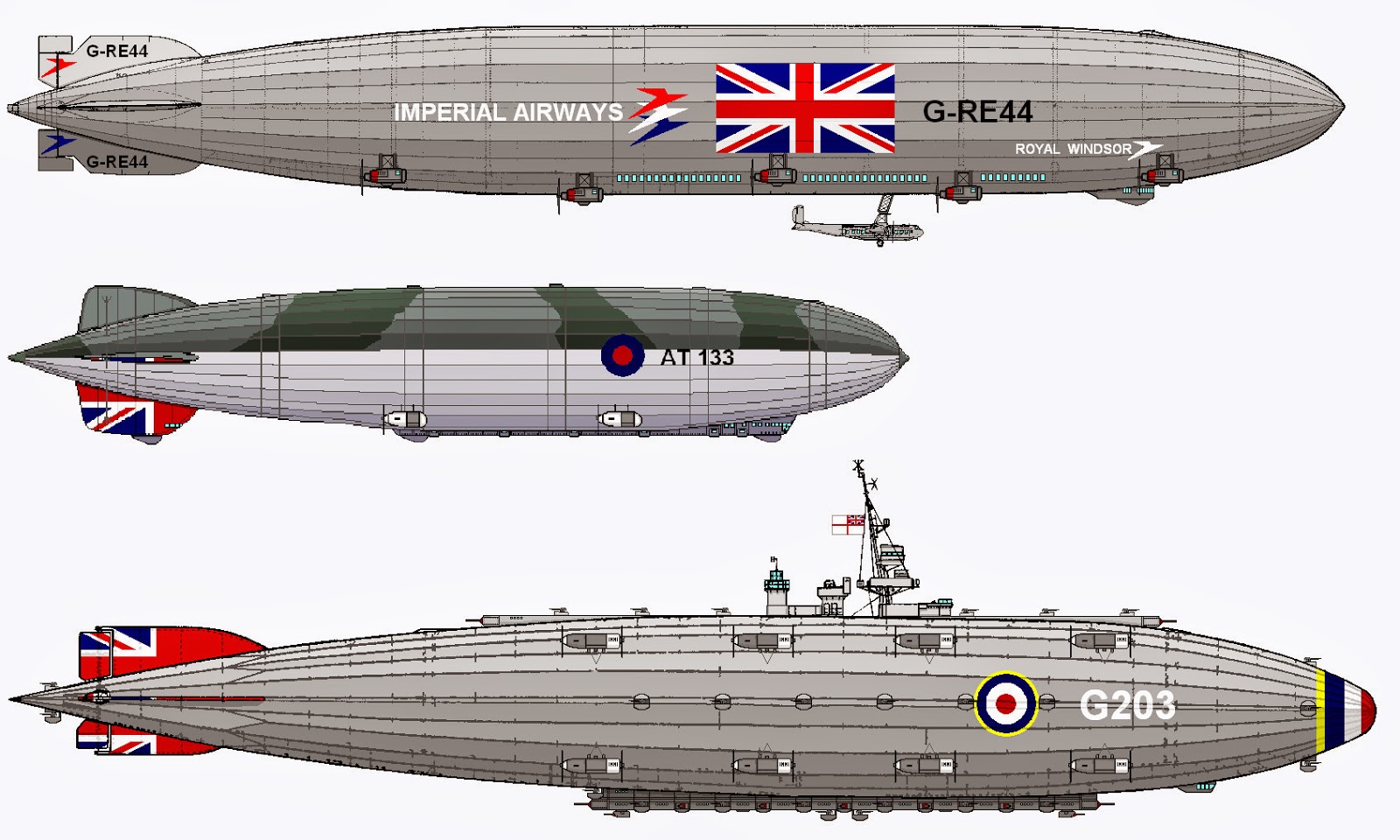 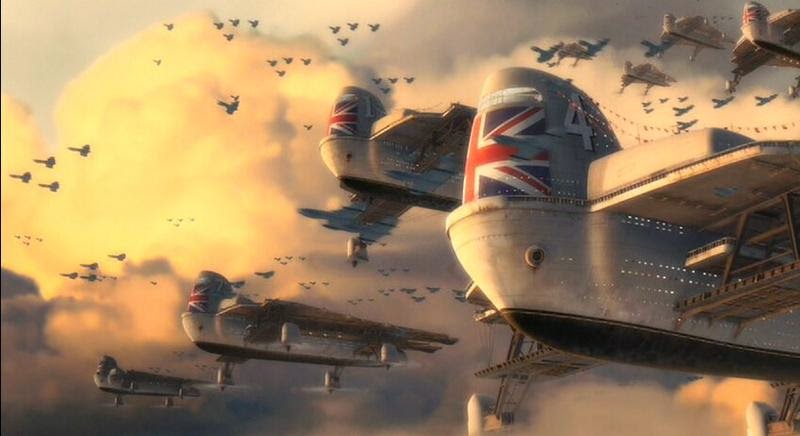 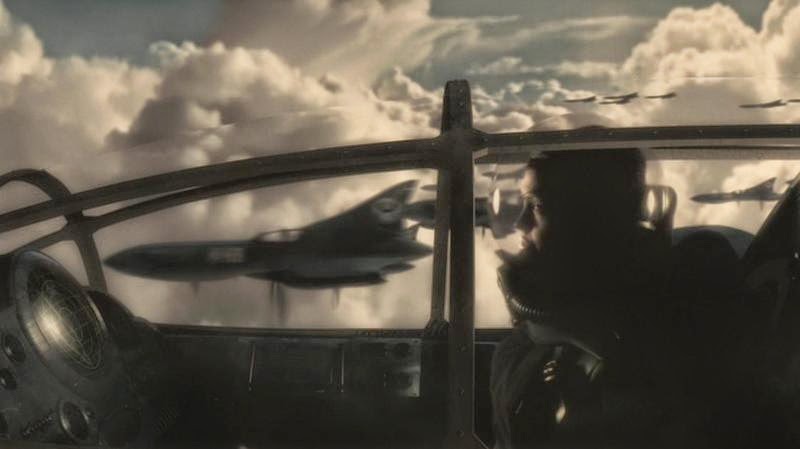 British flying aircraft carriers and fighter planes of 1939
These are from the 2004 movie Sky Captain and the World of Tomorrow, which I haven't seen, but probably should have for the purposes of this post. 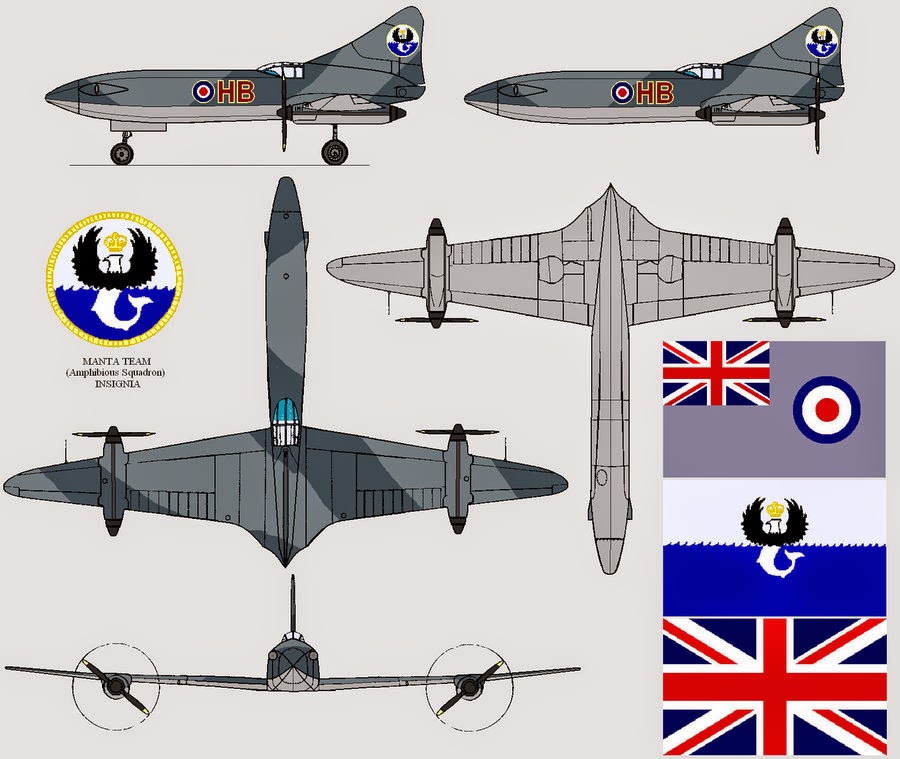