There is little personal information about Tim Huhn on the Internet. His own Website has this biographical snippet, and an art gallery site tells us this.

Essentially, Huhn comes from up here in the Seattle area, was trained in California, worked in illustration for a number of years in the Los Angeles area, dropped that and moved to the central California coast, and finally relocated back here.

As for his art, Huhn strikes me as being extremely versatile and able to "sell" his concepts very well. For example, he convincingly painted a number of images in 1930s Moderne style. These poster and mural-like paintings look as if they actually were made in those days. Very impressive. More recently, he seems to have shifted to traditional subjects and technique -- again in a skillful manner. Interestingly, his Web site contains no 1930s iconography; too bad, because he was good at it. 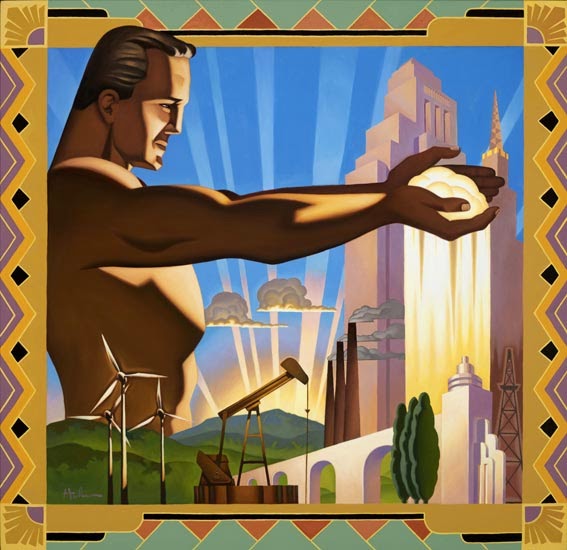 Dawn of a New Age 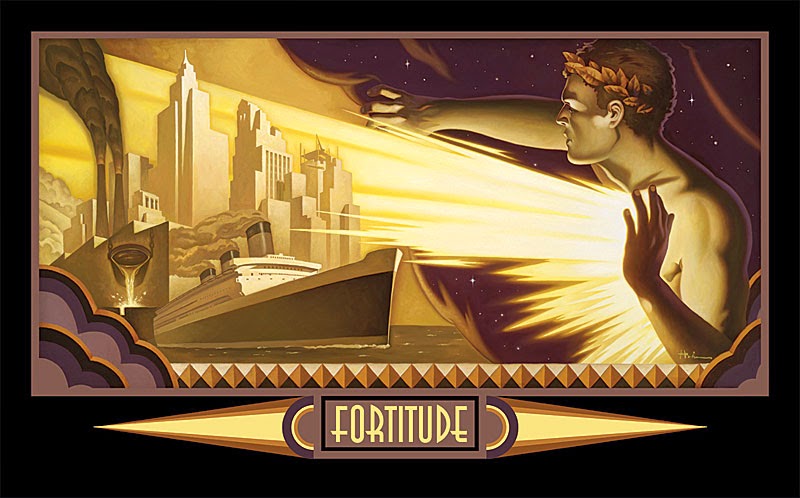 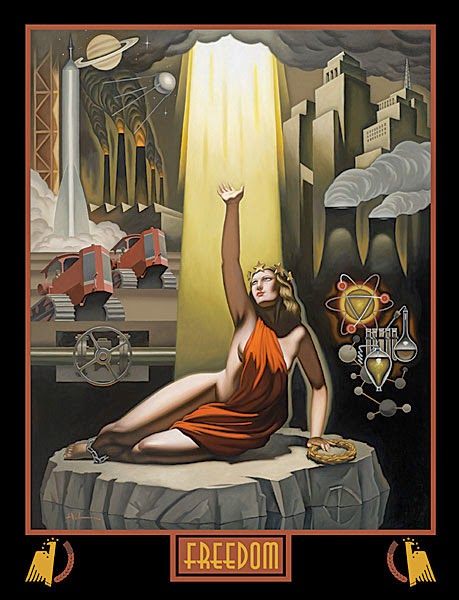 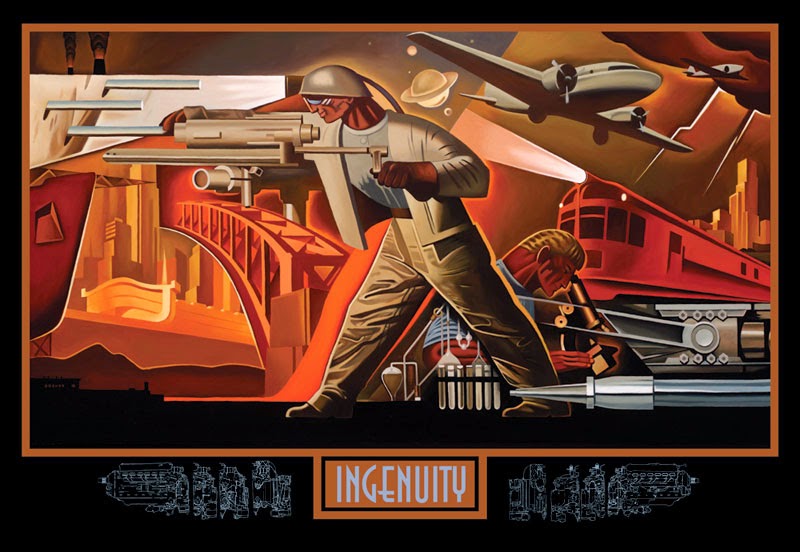 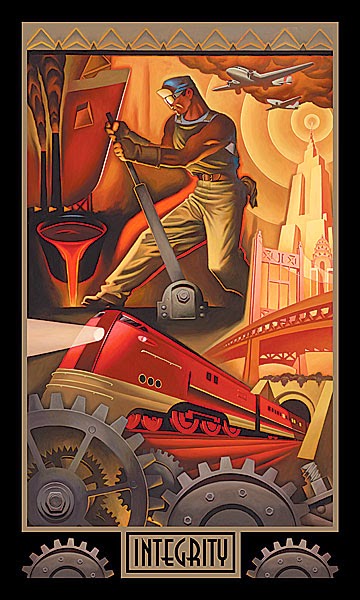 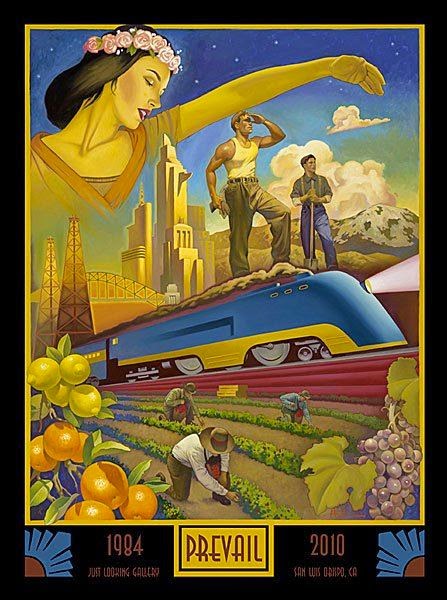 The five images immediately above are posters derived from some Huhn paintings apparently in cooperation with the Just Looking Gallery in San Luis Obispo, California that deals in his art. 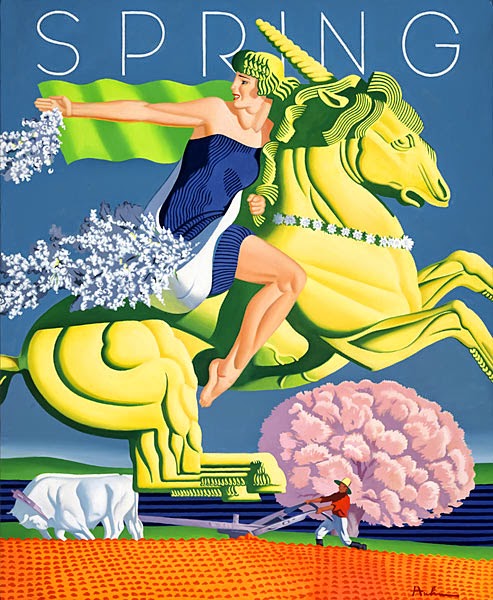 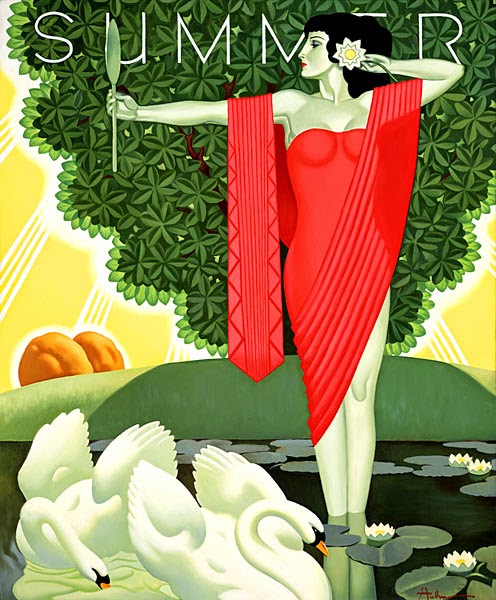 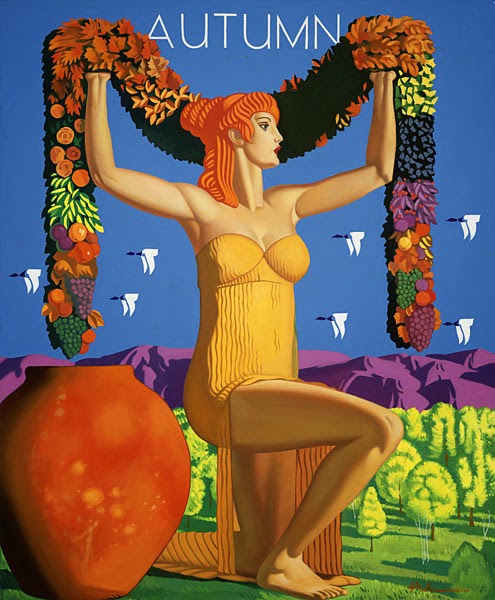 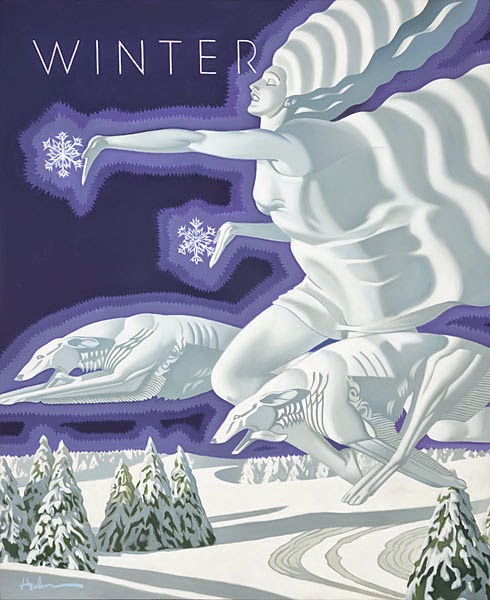 Posters of the four seasons. 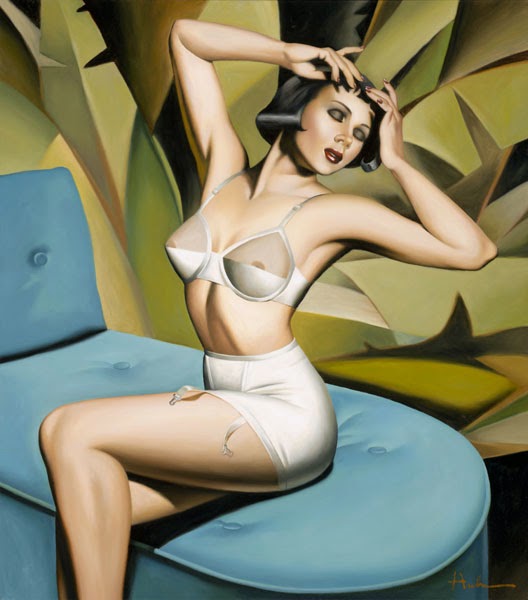 In Repose
The Just Looking Gallery site indicates that this is a recent work by Huhn.  Still in Moderne mode. 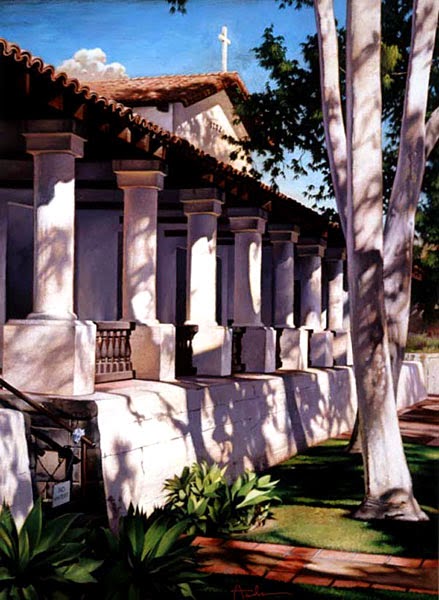 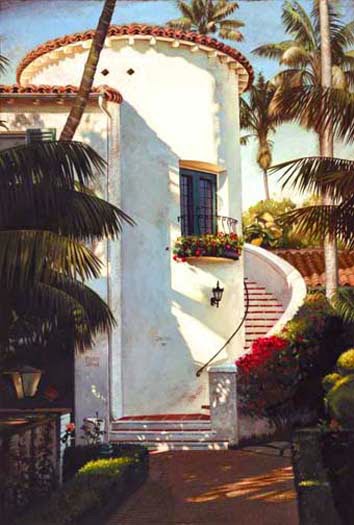 Biltmore Tower (the hotel in Montecito, California, near Santa Barbara) 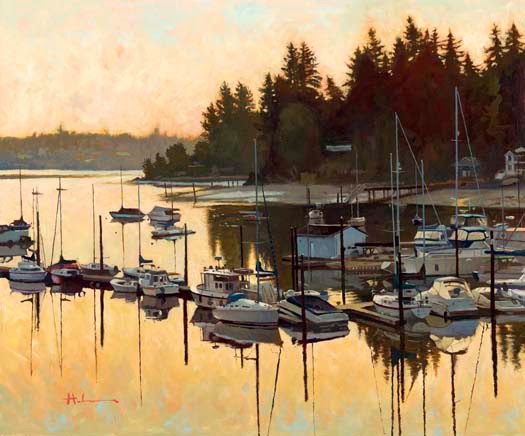