Some artists are good at people, but seem clueless when it comes to man-make artifacts -- sometimes buildings, but more usually cars, airplanes, ships and such. Others are all-rounders who seem to be able to draw almost anything convincingly. One such artist was the illustrator Hans Liska (1908-1983).

Internet biographical information is sparse. A Wikipedia entry in German is here. You can click on the translation button for an English version, but the result isn't very pretty and might even be misleading in places. And there is a website devoted to Liska that has this biographical page; its English also isn't the best, but it presents the basic facts. This site also includes plenty of samples of Liska's works that, unfortunately, have the website watermark on them.

In  a nutshell, Liska was born in Vienna, received early art training in Austria, and then moved to Germany for further training and to establish his career. During World War 2 he was in the army, attached to a public relations unit. In that role, he produced sketchbooks that served as wartime publications which are highly valued nowadays. Postwar, he moved to a town near Bamberg (my favorite small German city) and did a good deal of work for Mercedes and other auto industry firms.

Here are examples of Liska's work. 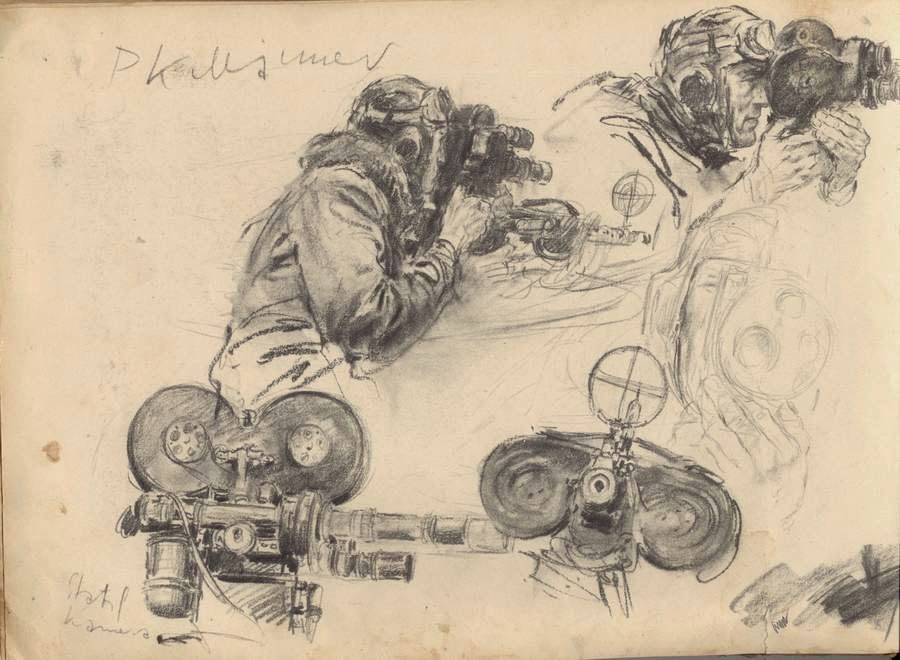 Sketches of cameramen in a public relation unit 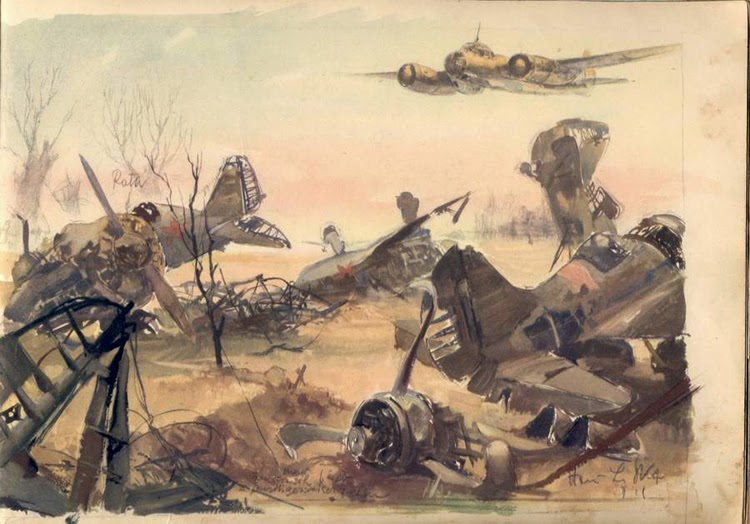 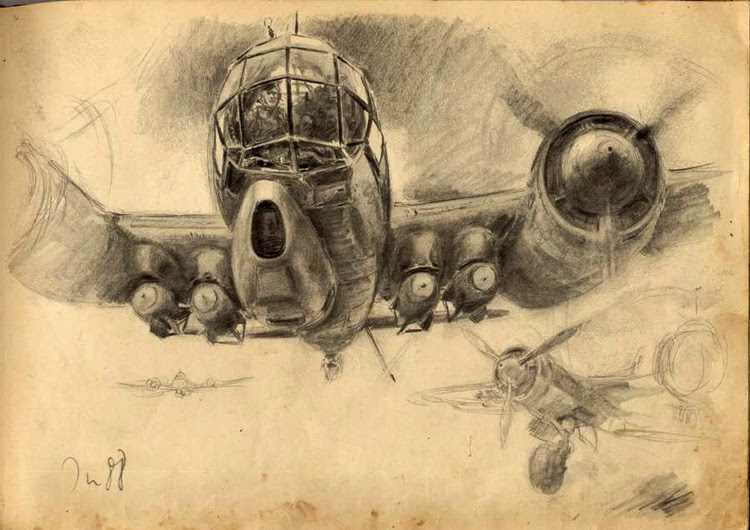 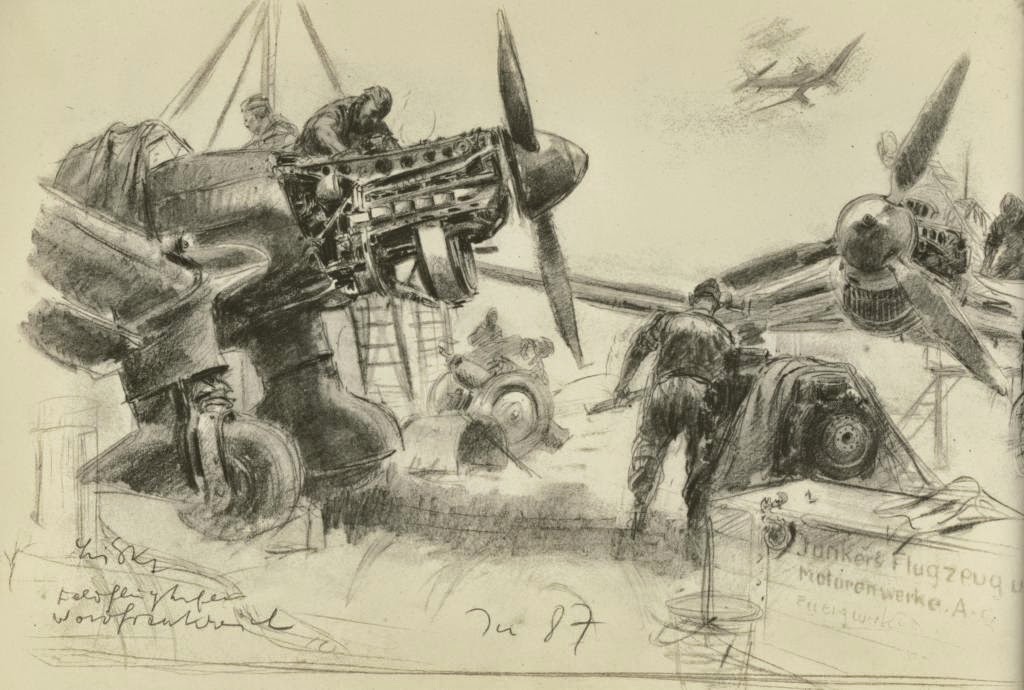 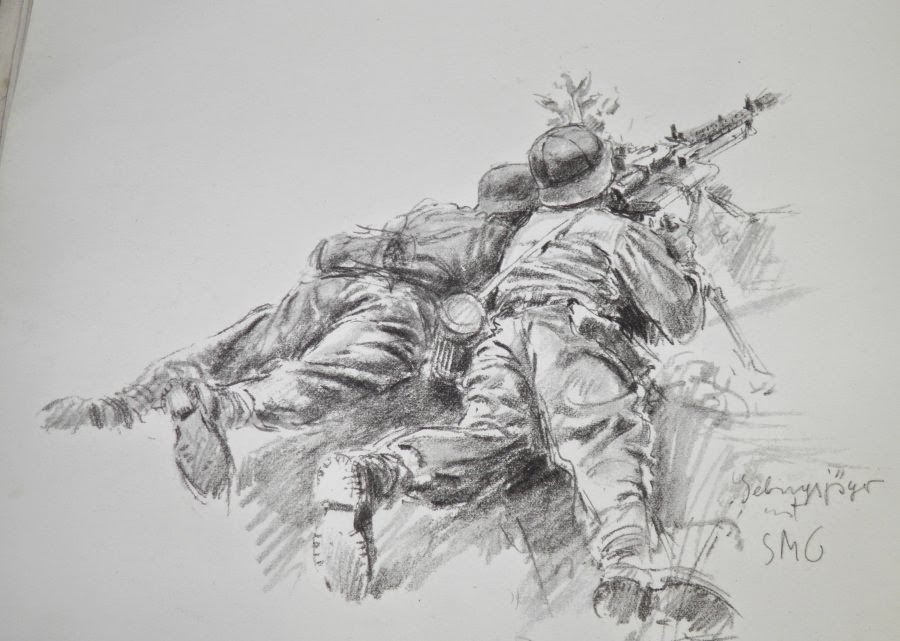 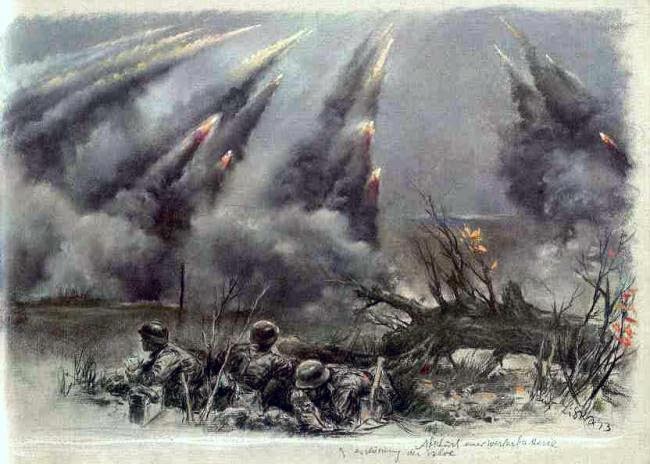 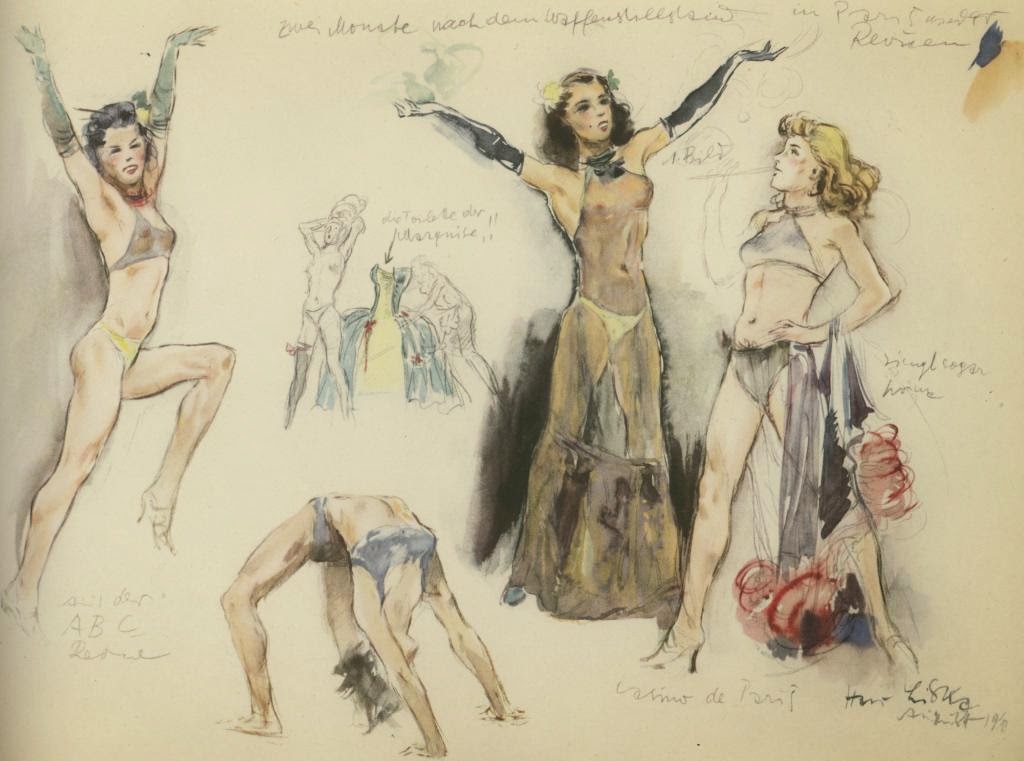 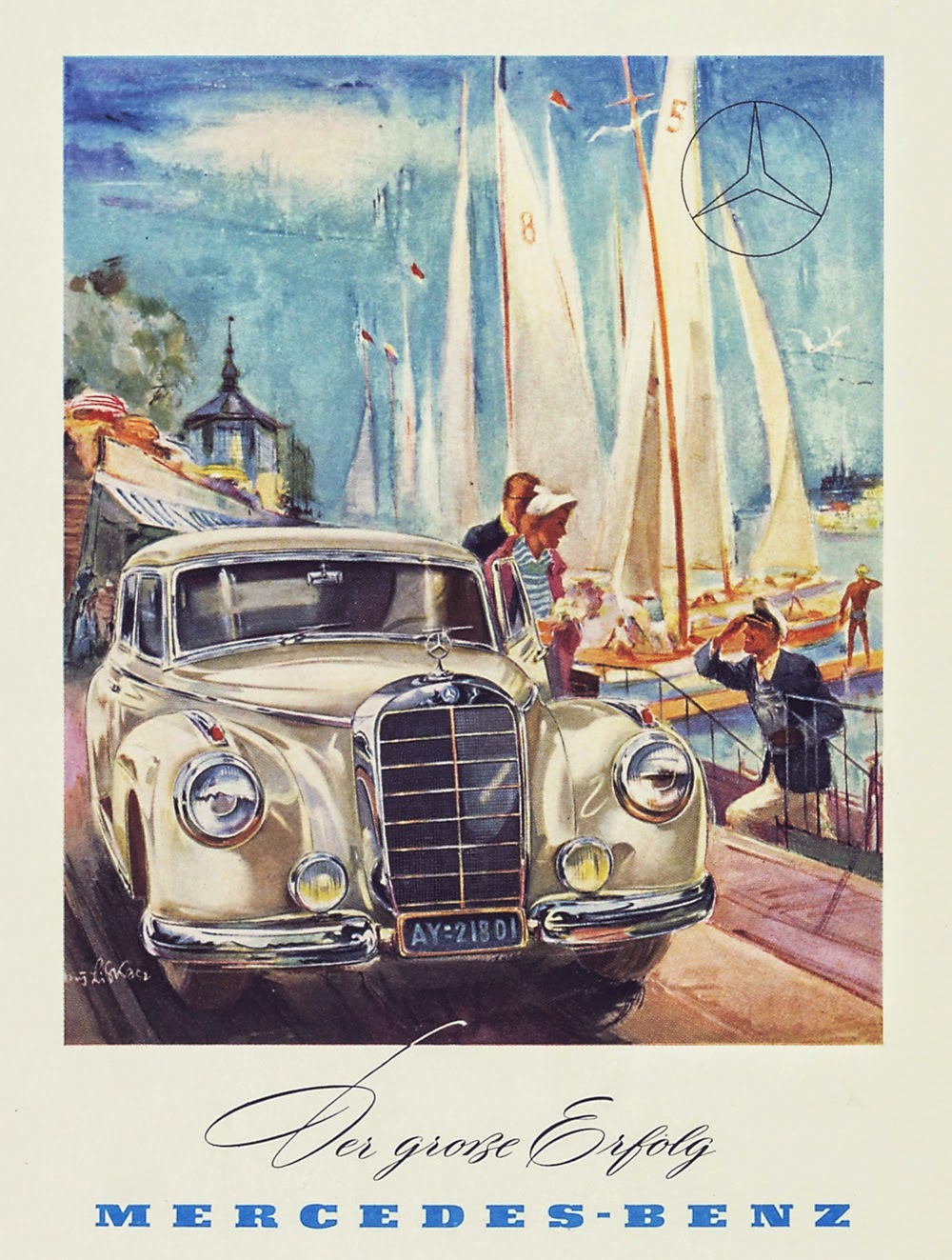 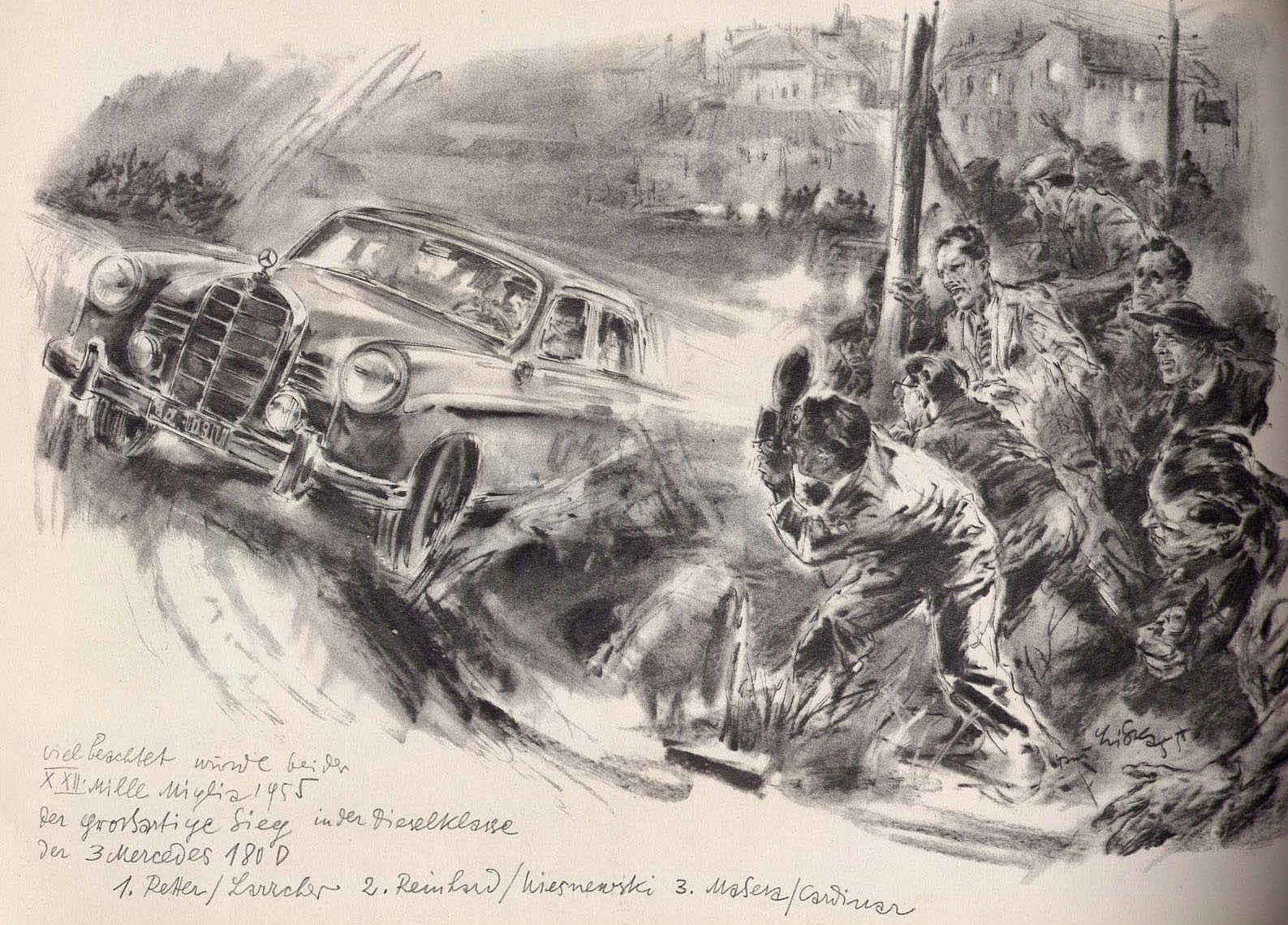