John E. Sheridan (1880-1948) is yet another illustrator I've been writing about lately who had a reasonably successful career, yet is little remembered. And like so many other technically competent artists I've dealt with here, lasting fame was elusive because what was missing was a distinctive style.

Sheridan's Wikipedia entry is here, and a more lenghthy biography that stresses his fashion illustration is here.

The "reasonably successful career" evaluation I made above is based on the fact that Sheridan painted about a dozen covers for the Saturday Evening Post, the dominant general-interest magazine in America during the first six decades of the last century. Becoming a Post cover artist was truly the Big Time for an Illustrator. And yet ... 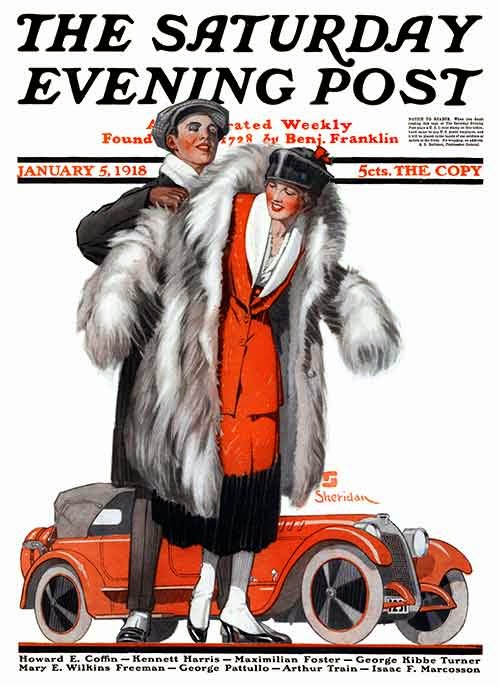 This is a Sheridan Post cover. The United States was in the process of a crash mobilization for the Great War at the time it appeared, but one would never guess that from the cover's subject matter. Interesting car, however: note the slanted radiator which is more evocative of 1932 than 1918. 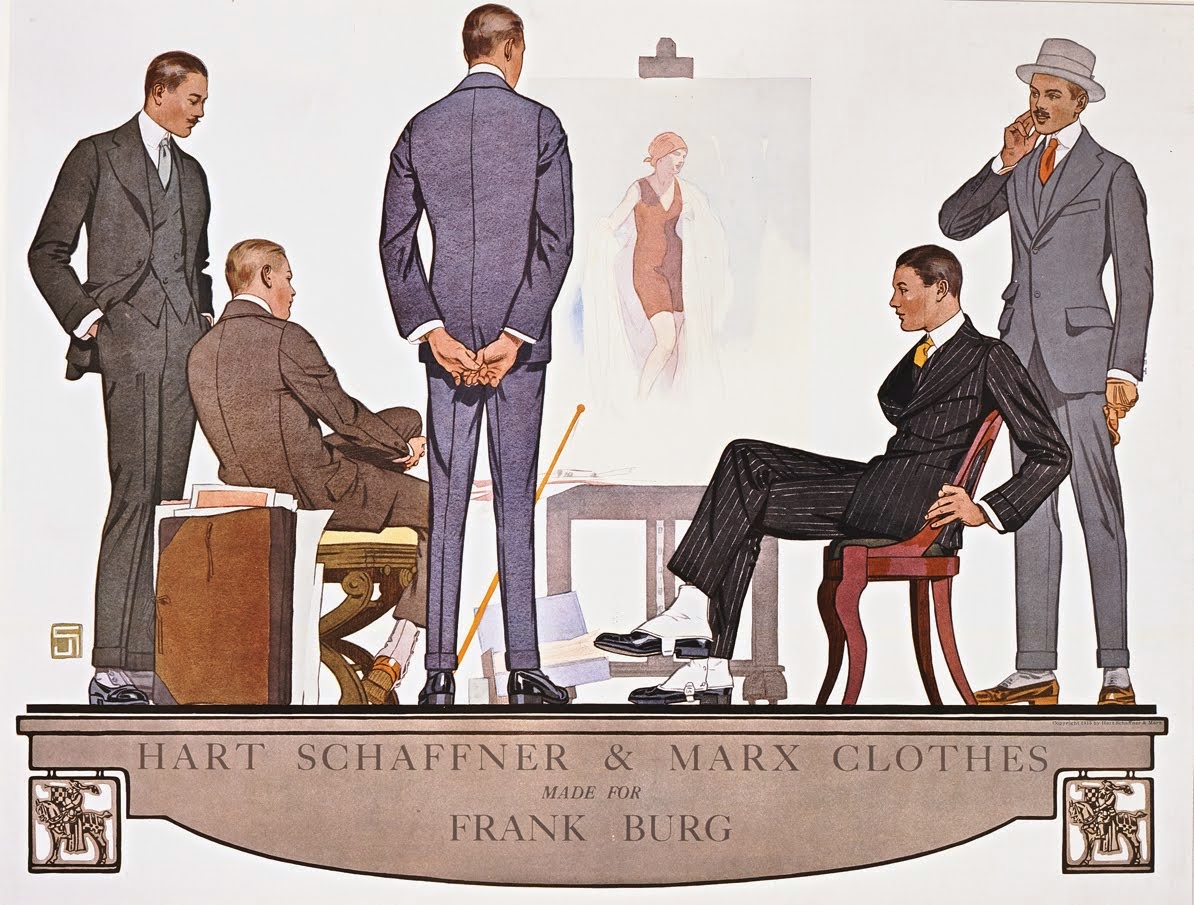 One of Sheridan's efforts featuring men's suits by Hart Schaffner & Marx, a leading clothing firm for much of the 20th century.

Cover for the May, 1931 American Magazine. American was a second-tier magazine in those days, and Sheridan's illustration has no "story" to it whatsoever. 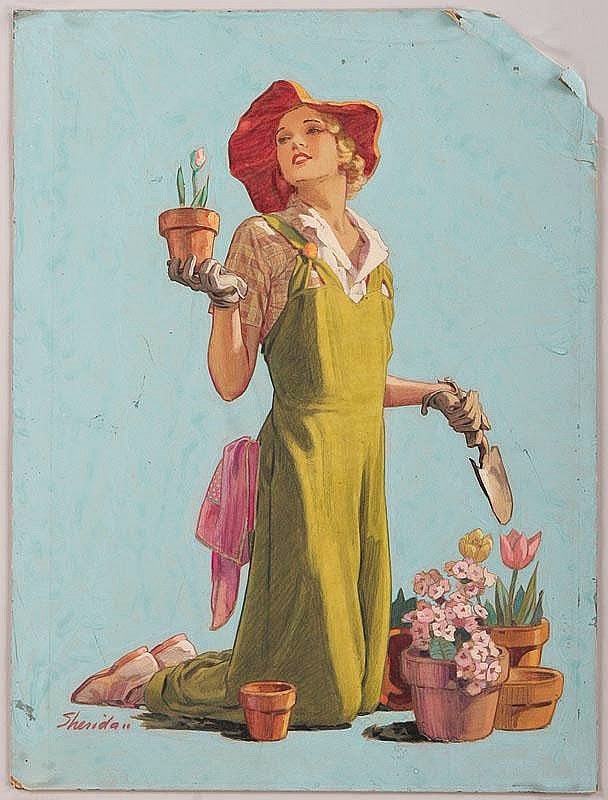 Also from the early 1930s, though I don't know whether it was for an advertisement or a magazine cover. Once again, a bland, generic subject. It's quite possible that art directors, and not Sheridan, were responsible for subject selection on this and the preceding image. 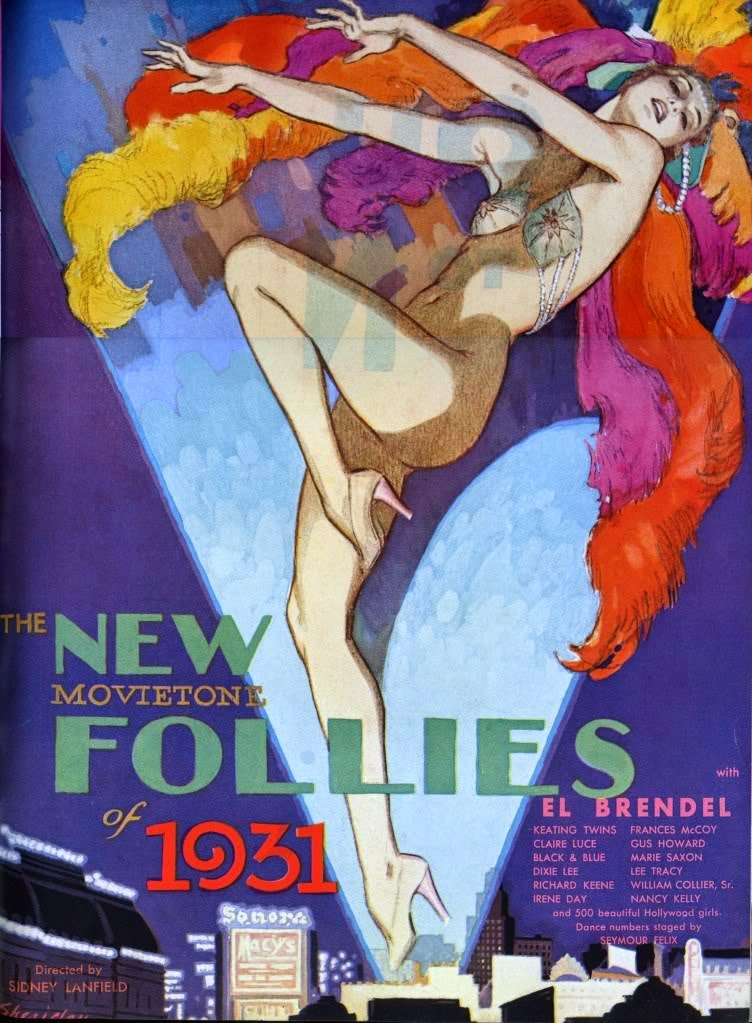 I really like this movie advertisement or poster. Try to ignore the blue reversed headline type bleeding through that nifty chorus girl. Here we find zing, not blandness. Perhaps Sheridan's reputation would have been better had he been commissioned to paint more of these than the sort of things shown above.