Laurence Fellows (1885-1964), who signed his illustrations "L. Fellows," had an important role in the commercial art of the 1920s, 30s and into the 1940s. I know this because I saw plenty of his work in Art Directors Club of New York annuals and other collections of illustrations from that era.

Only one photo of Fellows has appeared on the Internet, and I could find virtually no information regarding his personal life. On the other hand, useful information about his career and works can be found here, here and (by illustration authority Walt Reed) here.

Fellows had a clean, spare style that observers believe he picked up while studying in France. This was used from around 1915 through the 1920s, especially for a series of advertisement illustrations he made for Kelly-Springfield tires. In the early 30s Fellows took up fashion illustration for expensive lines of men's clothing. During the 1930s he adjusted his style from thin outlines and generally flat surfaces to a more traditional watercolor style in response to changing illustration fashions. Also bear in mind that the proper goal of fashion illustration is to make garments "stars" of the show; this is why texture and pattern dominate Fellows' images here. In spite of these influences, Fellows' work remained distinctive. 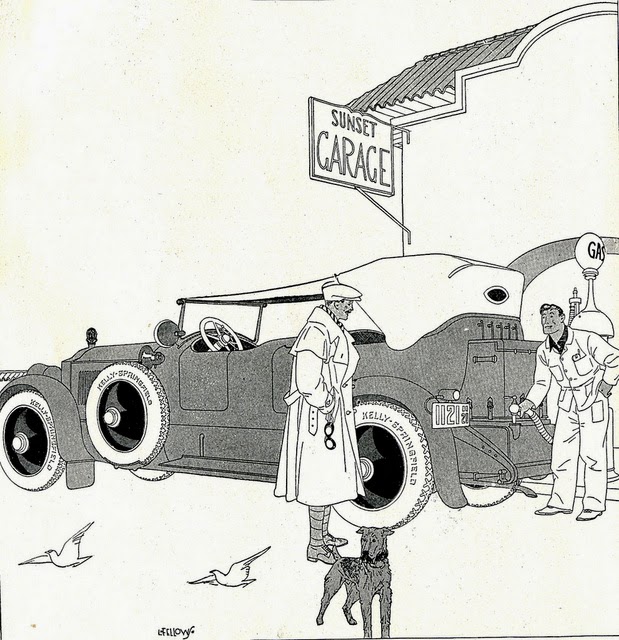 Kelly-Springfield tire ad illustration from around 1920 (give or take five years). 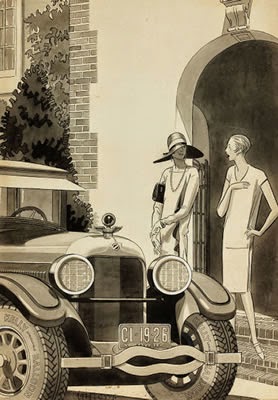 Perhaps a detail from another Kelly-Springfield ad, ca. 1926. 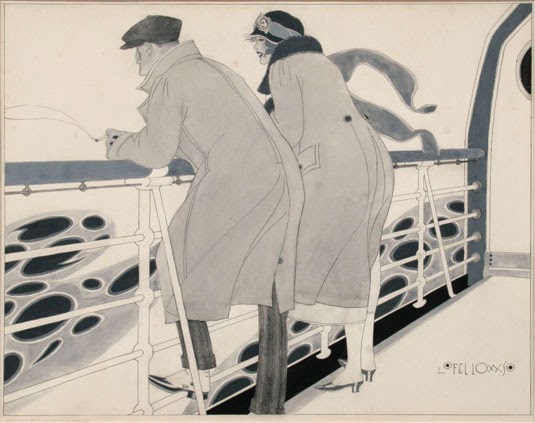 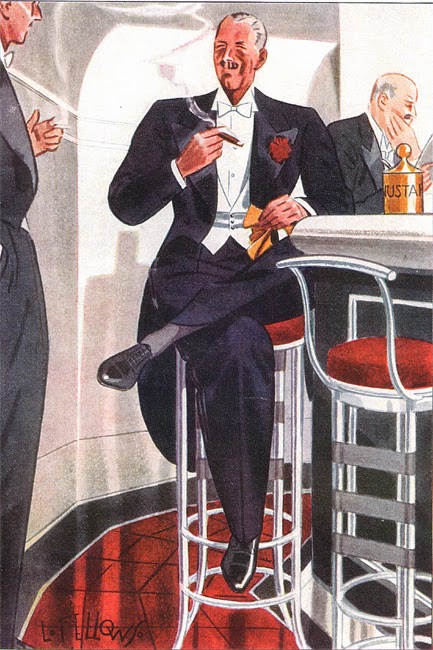 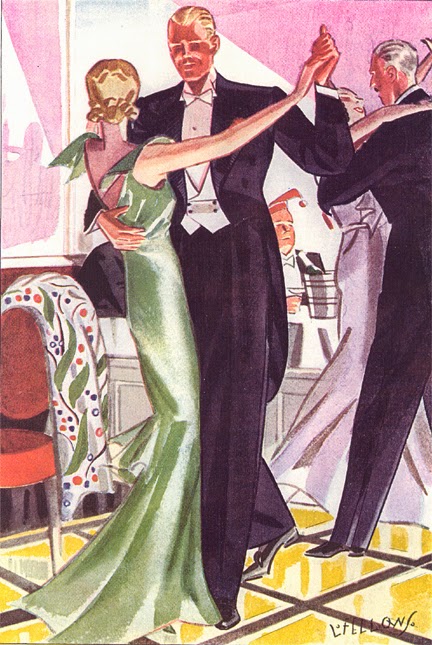 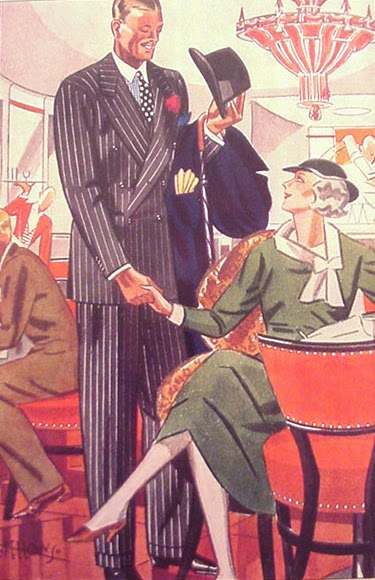 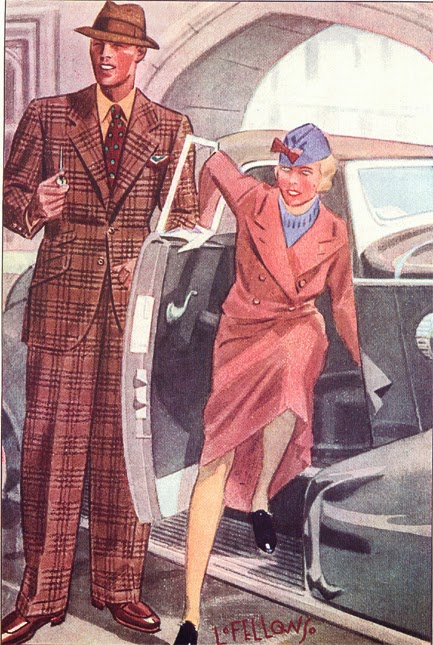 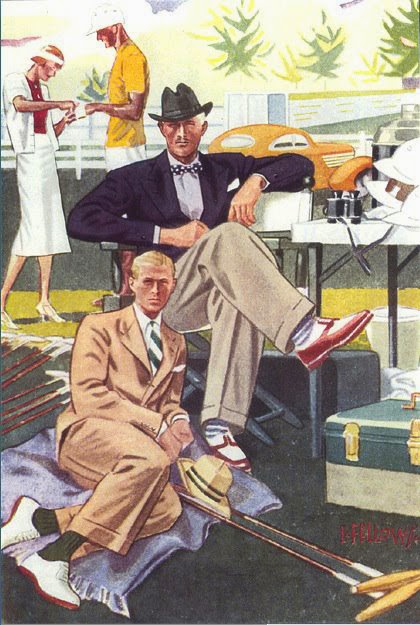 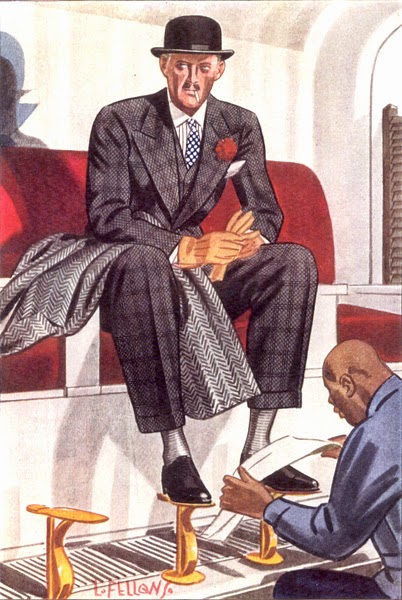 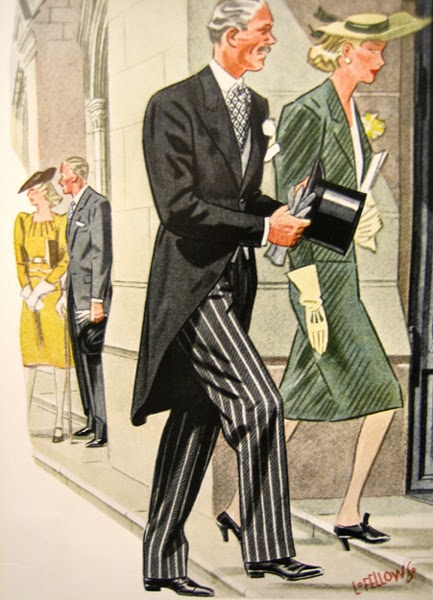