Violet Shading in Circa-1930 Illustration

I'll leave it to art history scholars to tease out the various "firsts" related to this post. Instead, I'll just offer some approximations. For instance, if the French Impressionists didn't originate the concept that shaded areas on objects might be colored violet or purple, they surely popularized it.

I haven't fully researched its use in illustration, but Impressionism-influenced illustrator N.C. Wyeth was including small touches of violet shading on characters he was painting by around 1920 and Harrison Fisher might have been doing the same occasionally a few years earlier.

But it wasn't until well into the 1920s that American illustrators made bold use of violet as a shade hue. Perhaps the influence here was the popularity of toned-down colors on contemporary murals where opposites (in color-wheels terms) were either mixed or placed side-by-side Divisionist-style. At any rate, a warm-shifted approximate opposite to sunlit flesh color (that is, an orange) would be some sort of violet. Examples presented in the present post cover the period 1928-1934 when this color fashion was at its height. Actually, it wasn't much of a fashion, as only a few illustrators participated.

Perhaps the most famous was McClelland Barclay (1891-1943), who used violet shading in some illustrations he made for a General Motors' Fisher Body advertising series. Least-known was Karl Godwin (1893-1962), who I wrote about here. His big-time career period was in the late 1920s and early 30s, though he continued to work at the margins, as indicated here. Finally, there is Walter Baumhofer (1904-1987), whose career began with "pulp" magazines and later transitioned to "slicks." I wrote about him here. Other sources of information are here and here. But if you are really interested in Baumhofer and his work, consider getting a copy of this issue of Illustration Magazine, which is devoted entirely to him. 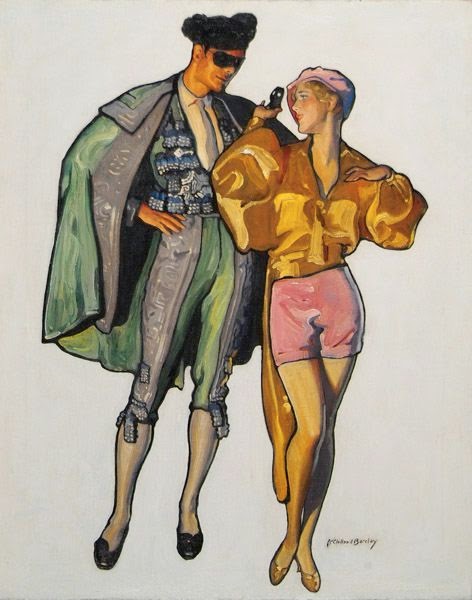 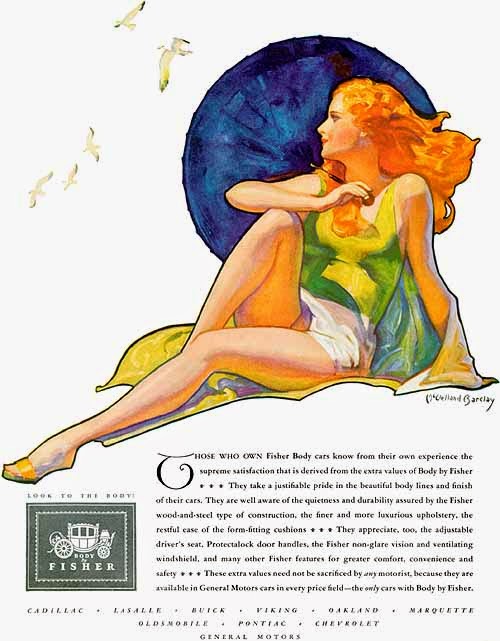 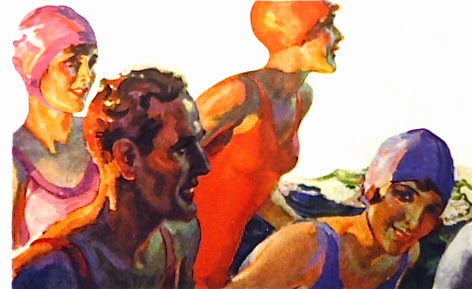 Godwin - From a 1929 Hudson automobile advertisement 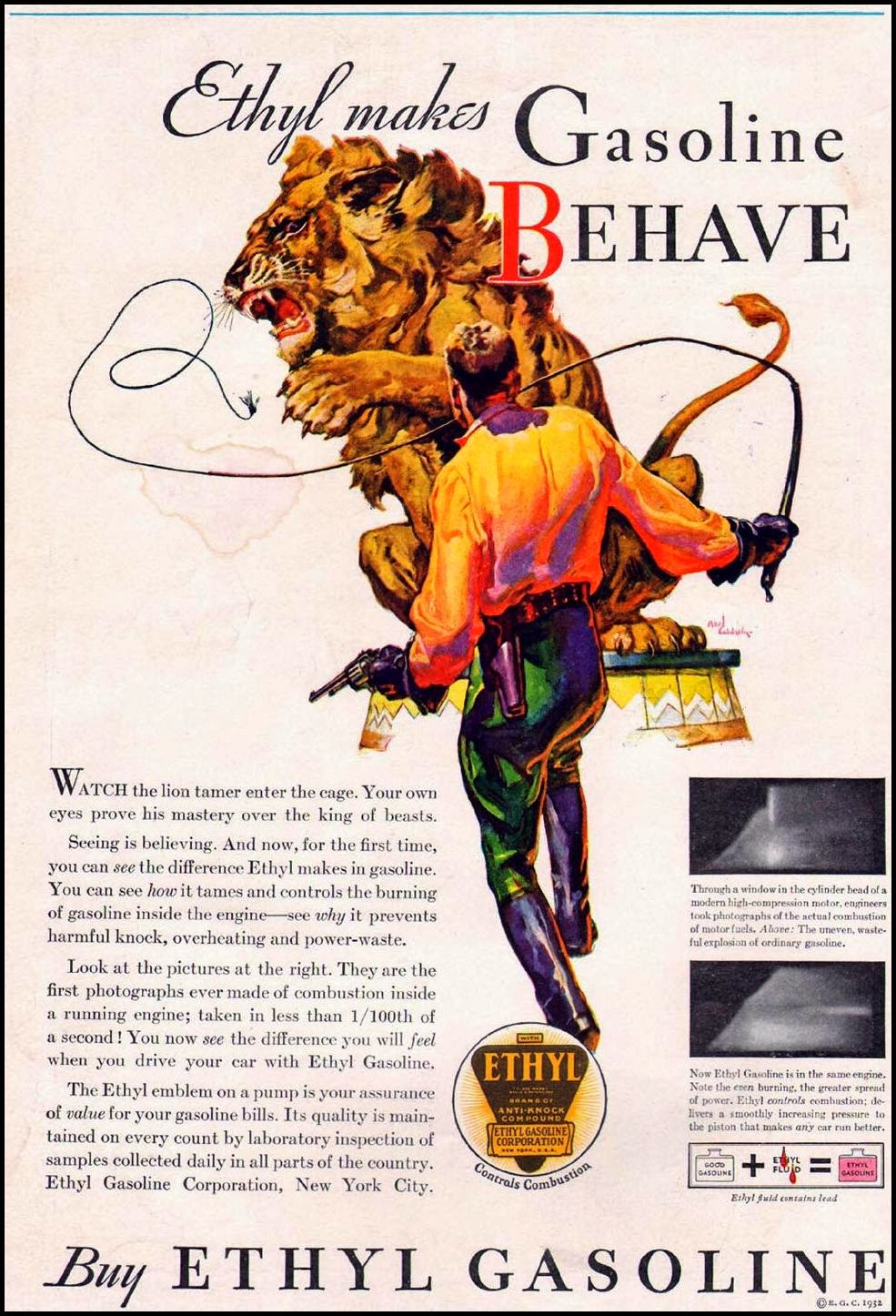 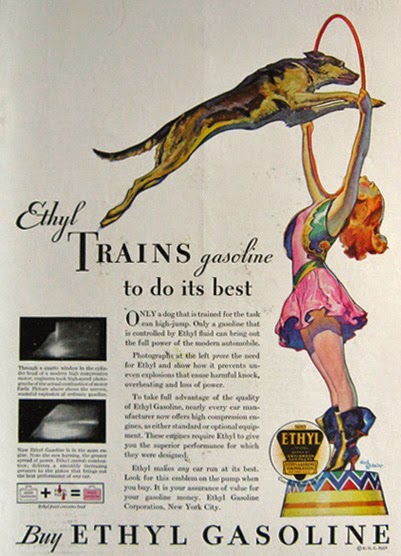 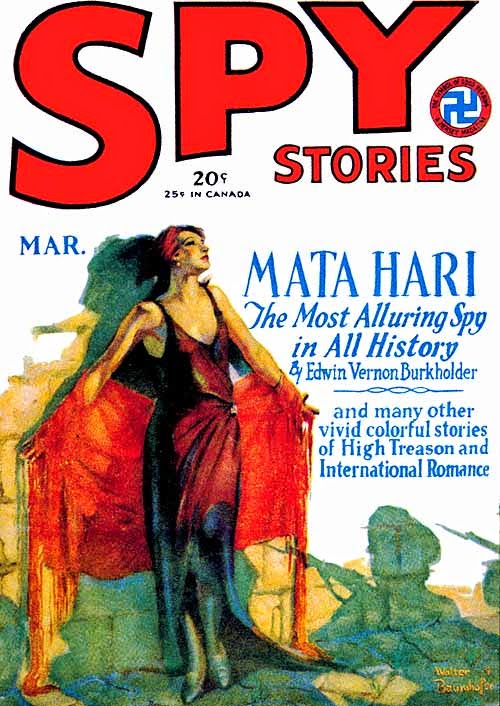 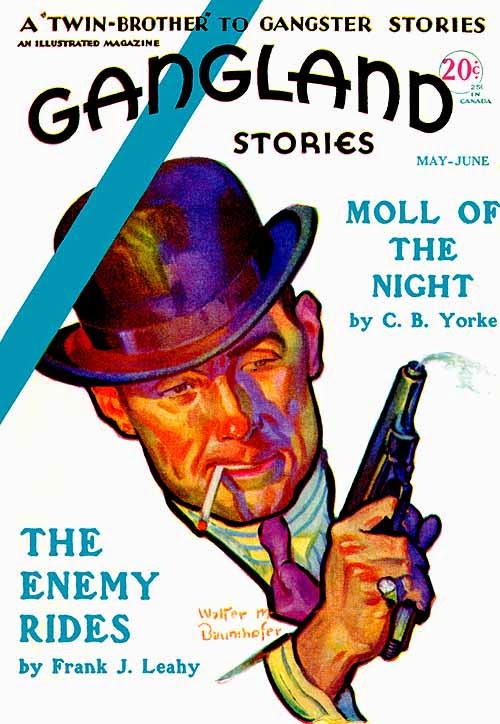 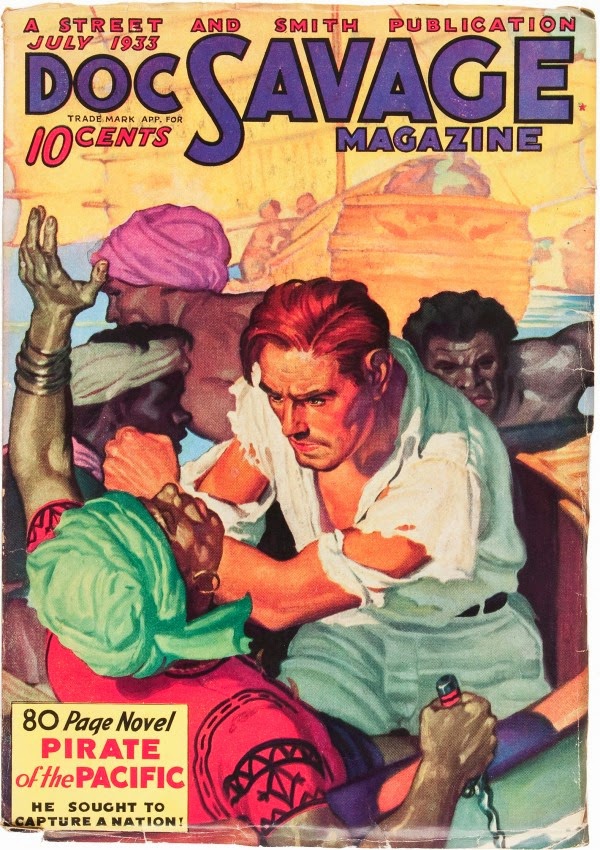 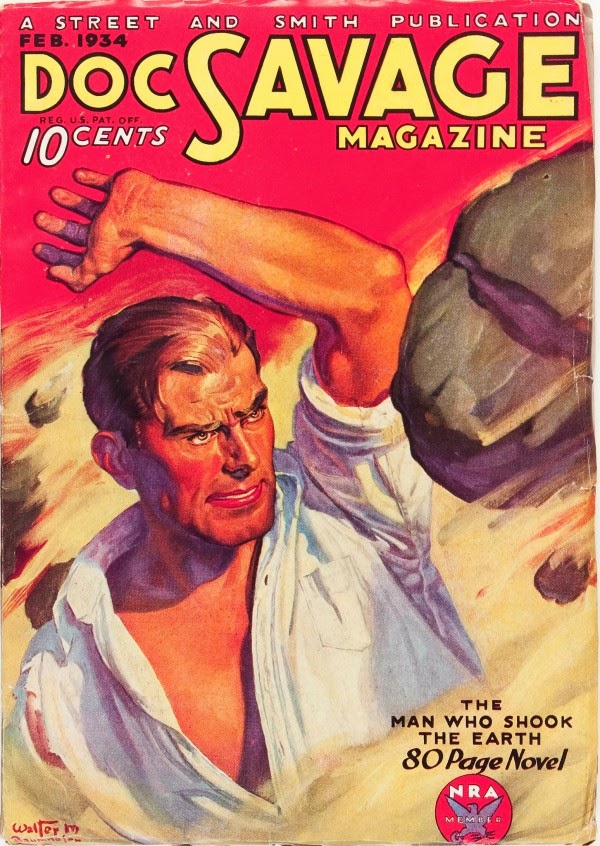 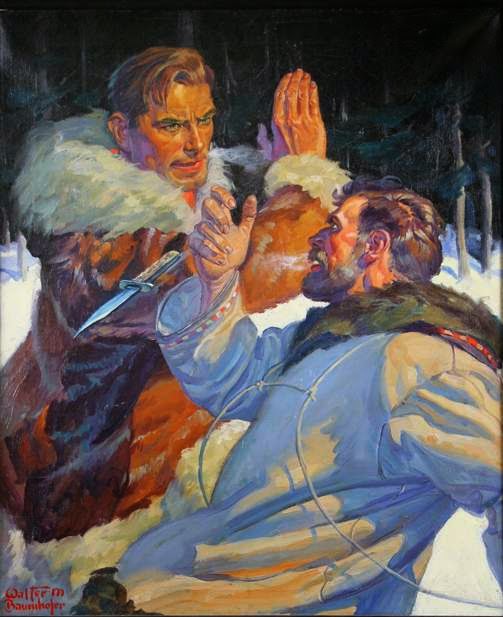 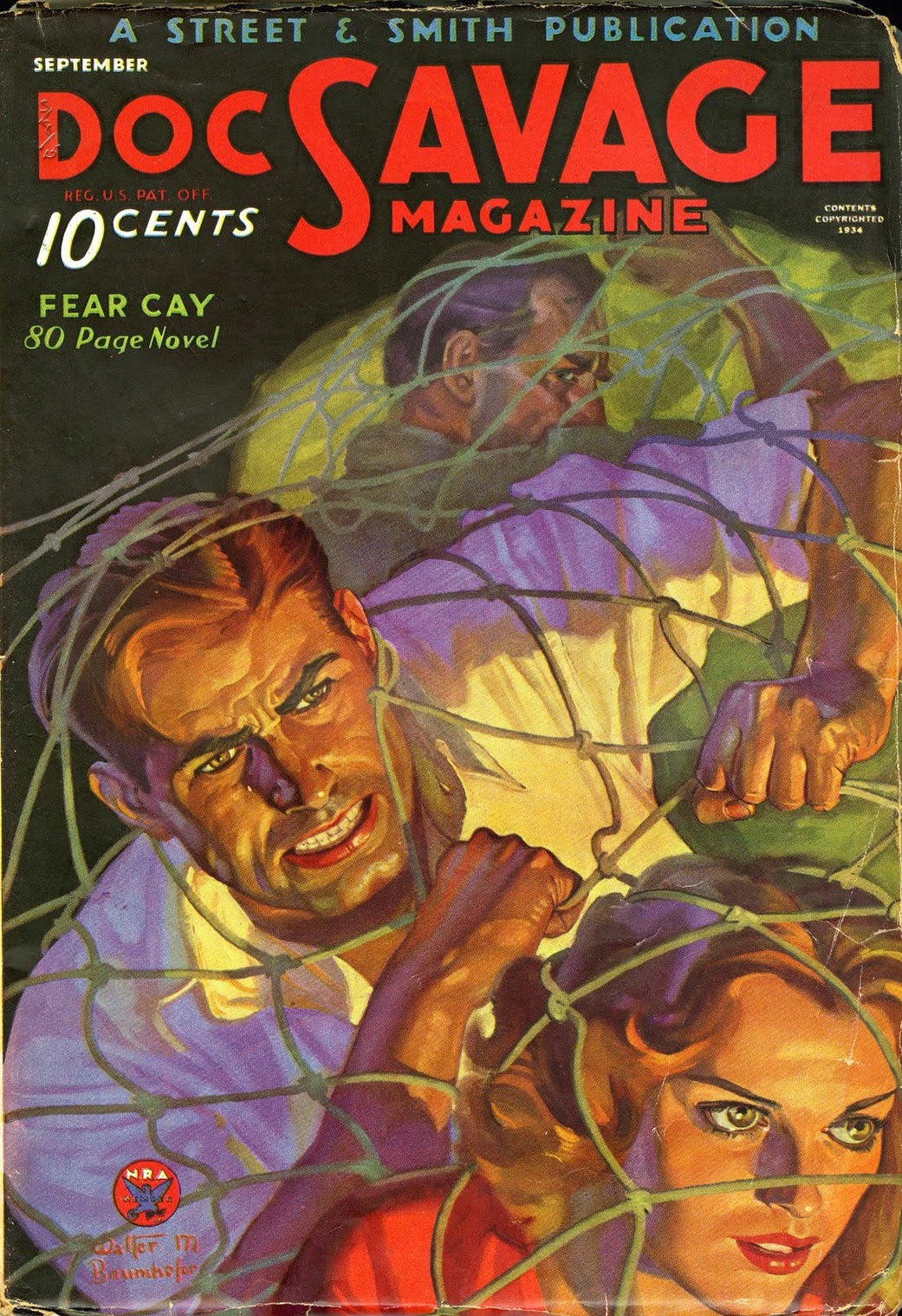 Baumhofer - Doc Savage Magazine cover - September, 1934
Baumhofer made the greatest use of violet shading, and that was mostly for some of the cover art he created for Doc Savage Magazine. One reason for this is that Dec was described in the stories as having a bronze complexion, and some sort of violet or blue would be the opposite of that dominant color. The cover shown immediately above is my favorite.