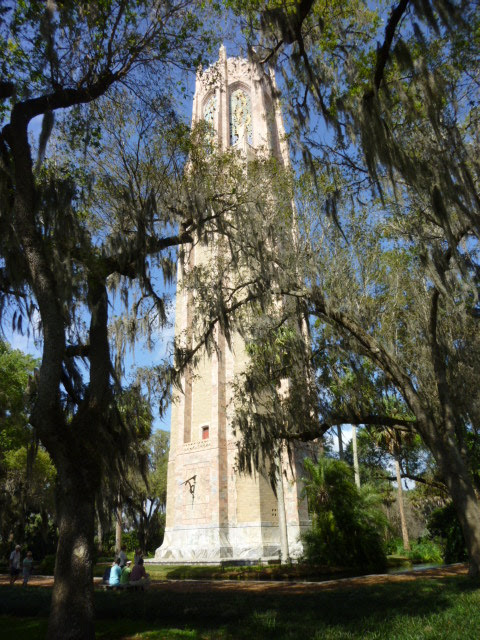 It's a ways from the nearest freeway, but you can get there by mostly four-lane roads. So as far as I'm concerned, you have no excuse to miss it if you're anywhere near Orlando, Florida with its Disney World and other tourist attractions.

The "it" I refer to is the Bok Tower Gardens site just northeast of the town of Lake Wales. It interested me from the time I was in elementary school and saw it depicted in one of those cartoon maps featuring sights to see across the United States. But I never managed to visit it until recently.

The tower and its surrounding gardens were the creation of Edward W. Bok (October 9, 1863 – January 9, 1930) who died about a year after the site was dedicated. A short biographical item is here. Briefly, Bok was born in the Netherlands, but emigrated to the United States as a child. He married into the Curtis publishing family and was editor of the Ladies Home Journal magazine for decades. His grandson, Derek Bok, was president of Harvard University.

As this Wikipedia entry indicates, the tower and gardens project was begun in 1921 and dedicated February 1, 1929. Its site is atop one of the highest hills in nearly-flat peninsular Florida.

Landscaping was designed by Frederick Law Olmsted, Jr. of the famous family perhaps best known for New York City's Central Park. The tower's architect was Milton B. Medary, who is little known today. Integral sculpting is by Lee Lawrie, a prolific sculptor active in the first half of the twentieth century whose best-known works include the Atlas in New York City's Rockefeller Center. Ironwork and the tower door were by Samuel Yellin.

I think the tower is an excellent example of a high point in American architectural form and detailing, where gothic-inspired skyscraper shaping was combined with a non-traditional ornamentation style that was called Moderne and now called Art Deco.

Below are some photos I took during my visit. 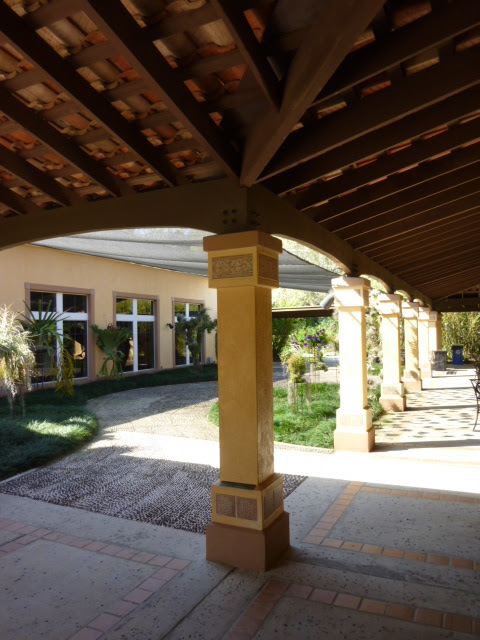 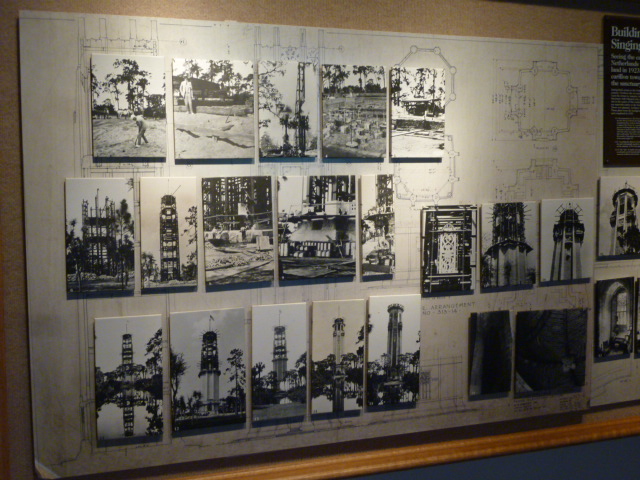 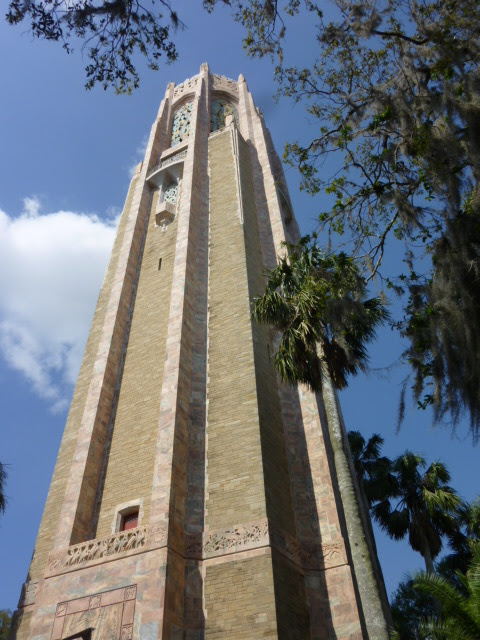 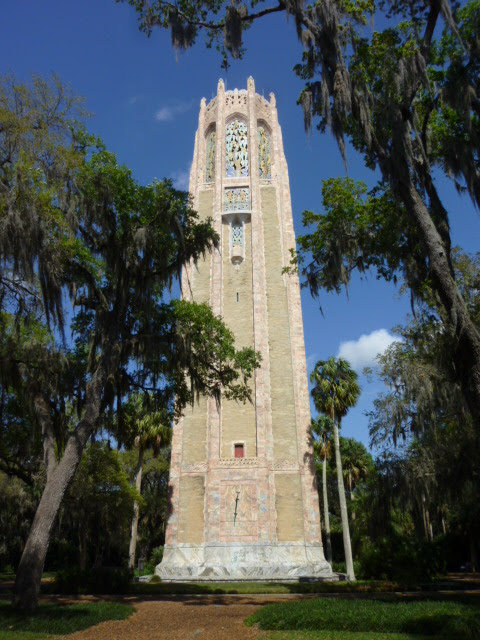 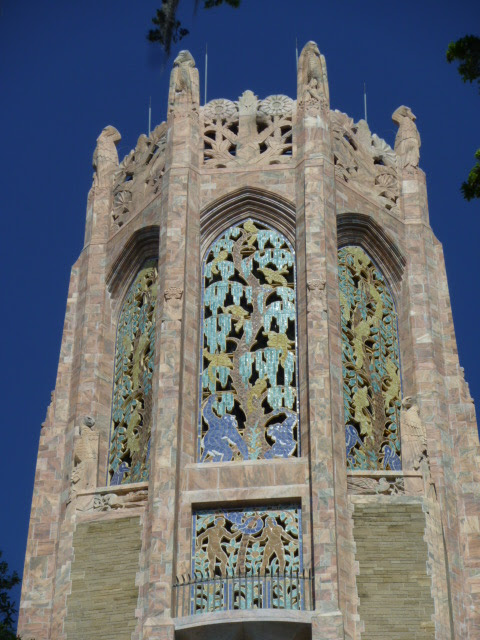 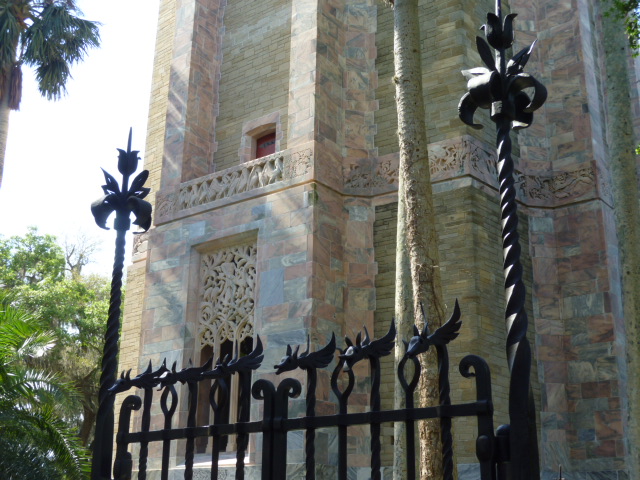 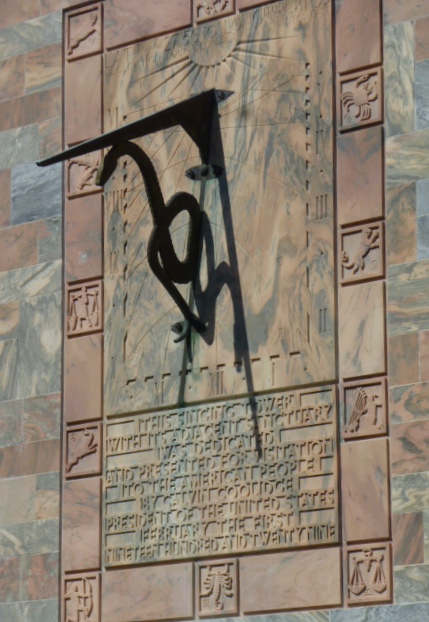 Sundial
Note the inscription below. It mentions that President Calvin Coolidge dedicated the tower and gardens. 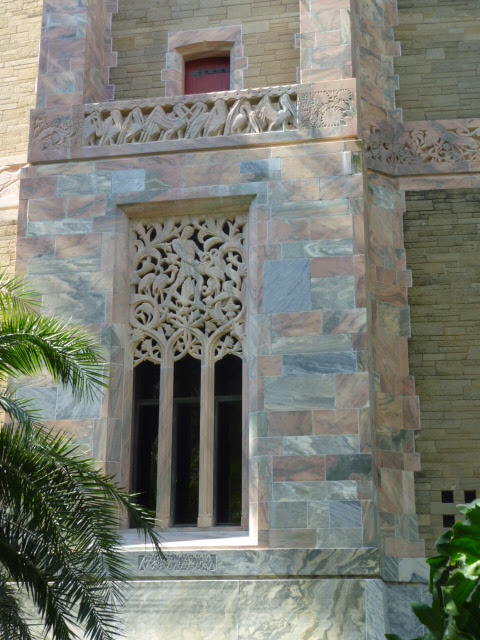 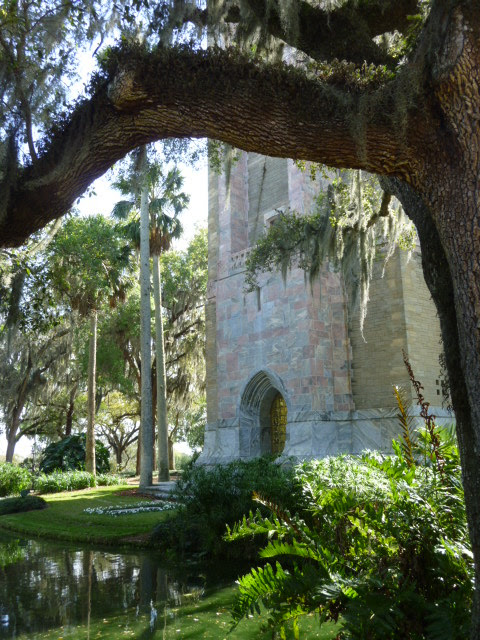 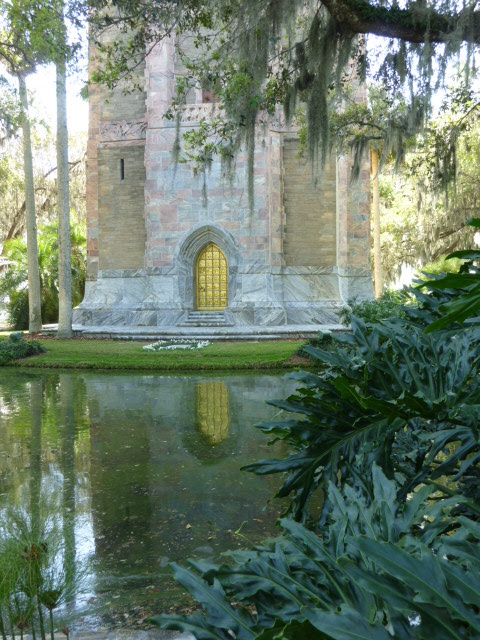 Arty views of the tower entrance
The white flowers and stone in front of the door mark Bok's grave. 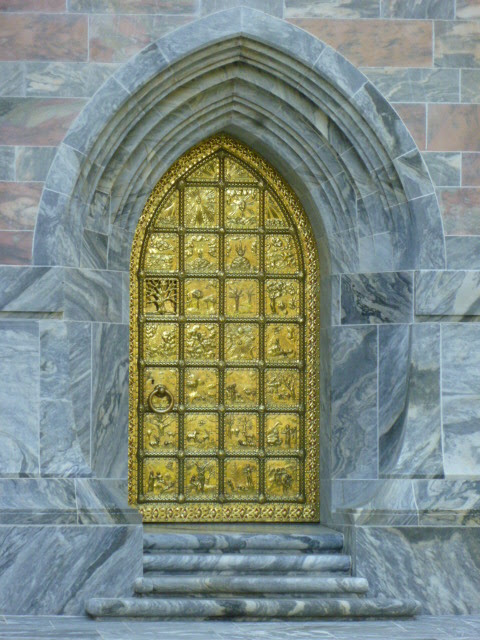 There's a garden near us that owes its beauty to an American (who became Baron Fairhaven!): the survival and embellishment of the house is his doing too.

dearieme -- Impressive, but more of a French style garden than an "English" one, nevertheless appropriate. The grounds around the Bok tower are informal, but would be out of place in the context of an English country home.

I also learned about the tower in elementary school, always wanted to see it.

I would love to see this someday too. My great-grandfather was the contractor who built this tower. We still have plans and papers re: its construction.