The Belgian painter Théo van Rysselberghe (1862-1926) is usually classified as a Post-impressionist, perhaps even a Pointillist. That seems to be a fair assessment if one is following the modernist version of art history. I'm more inclined to think that he is more difficult to pigeonhole.

Here is van Rysselberghe's Wikipedia entry. It is much more comprehensive than many other artist biographies I've linked to recently, so you might as well refer to it for details of his life and career.

So far as van Rysselberghe's painting styles are concerned, I would say that he began his career as a conventional representational painter, circa the early 1880s. That is, his style was more free, more painterly than what hard-core academic painters would use. As the entry above indicates, he discovered Impressionist painting and then the Pointillism of Seurat and soon becoming friends with others working in that style. However, van Rysselberghe usually tempered Pointillism, especially when painting portraits or otherwise incorporating people in his images. That is, faces were painted using more conventional brushwork. Many such paintings were made in the early 1900s when he was drifting away from Pointillism, so perhaps those faces served as part of the transformation mechanism. After 1910 his paintings were still brightly done, but had returned to more conventional brushwork. Van Rysselberghe does not seem to have indulged in any of the avant-garde styles that appeared in the decade or two before the Great War. 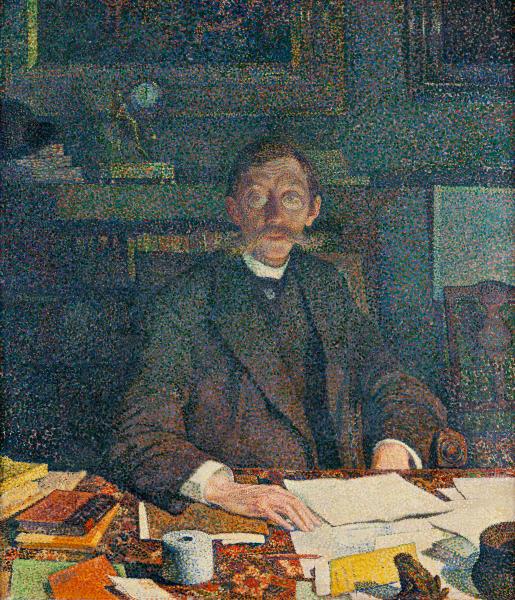 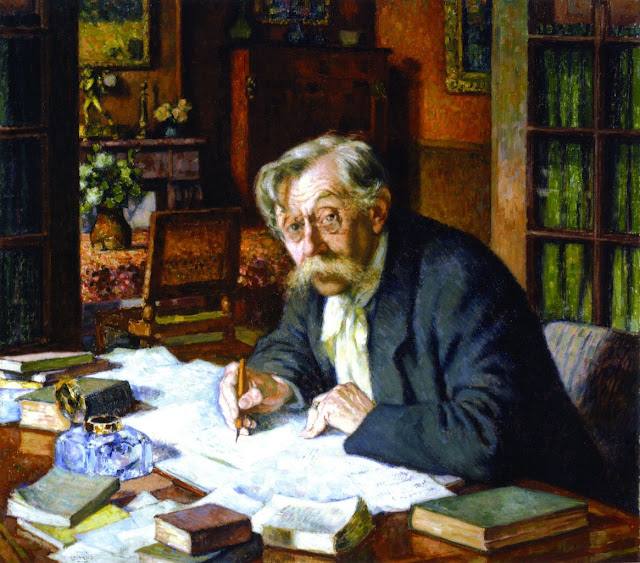 Émile Verhaeren Writing - 1915
Setting the scene, here are portraits of a good friend of van Rysselberghe painted 23 years apart. The 1892 painting is strongly Pointillist, even extending to the subject's face. The later portrait is essentially conventional. 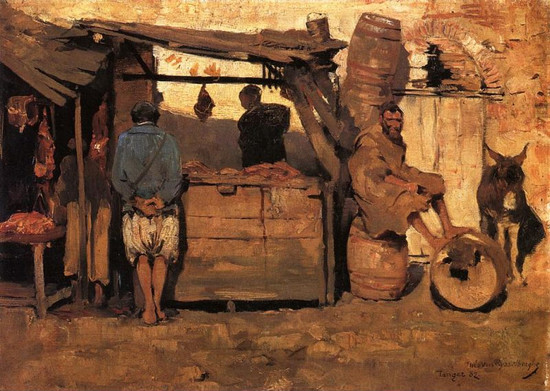 Butcher shop in Tangiers - 1882
Van Rysselberghe made three trips to Morocco, a place that fascinated him for several years. The work above seems to be more than a quick sketch, but is less detailed than some of his larger Moroccan paintings of that time. 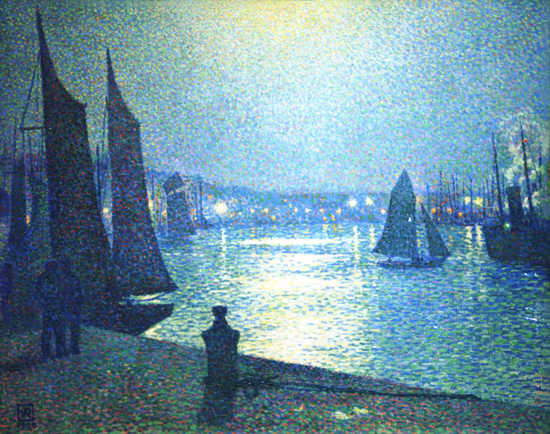 Moonlit Night in Boulogne
A Pointillist landscape. I cannot find a date for it, though it was probably painted around 1899. 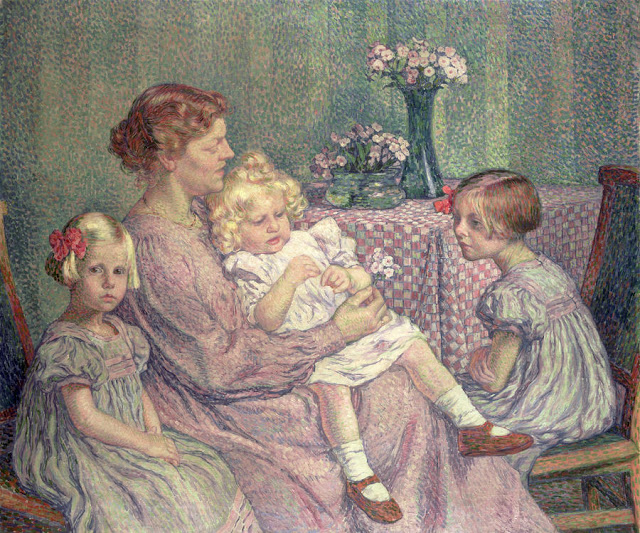 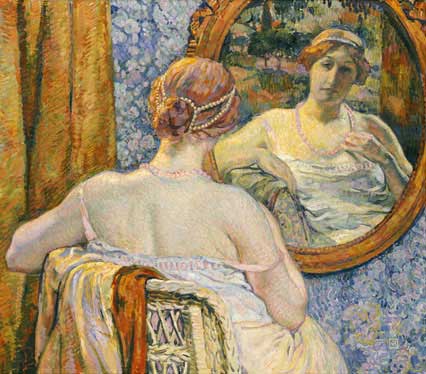 Femme au miroir - 1907
These are examples of paintings with Pointillist or Divisionist backgrounds and where subjects got a more conventional treatment, 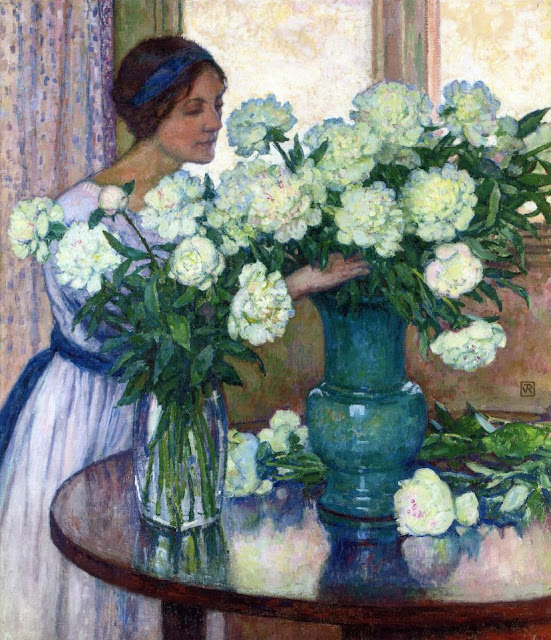 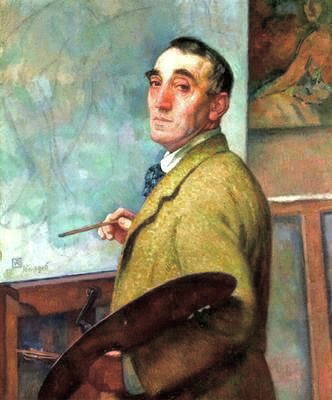 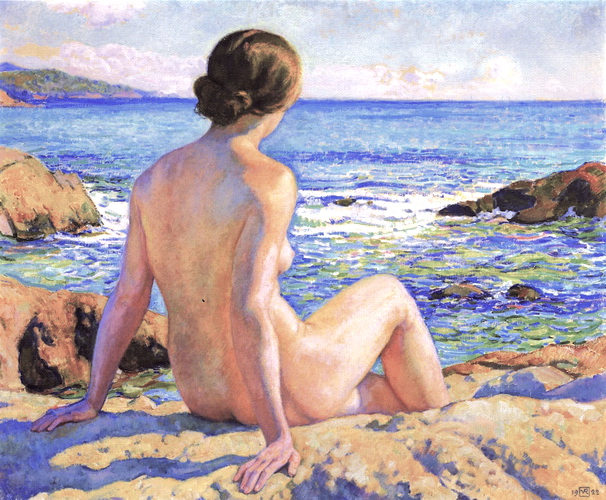 Summer Resting - 1922
This was painted a few years before he died, when female nudes were a favorite subject for him.