Let's face it. Despite the rehabilitation of pulp magazine illustration of roughly 1930-1955, much of it wasn't very good. In some cases, the artists were simply mediocre. In other instances, they were good, but still young and trying to get their careers launched; some were able to eventually make the jump to the prestigious and better paying "slick" magazines.

The jist of this can be found here in his Wikipedia entry. But a more useful source about his career and, as important, his unusual technique, is here.

It seems that Finlay was a scratchboard artist who supplemented normal scratchboard techniques with stippling (application of tiny dots of ink). The second link above provides a useful discussion of this.

Below are examples of his work. As you can see, Finlay apparently really liked to draw beautiful women, and he did this very well. Click on the images to enlarge. 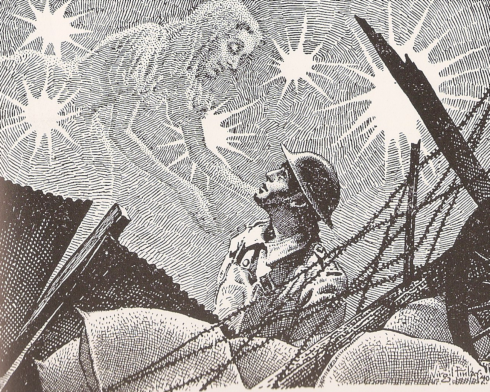 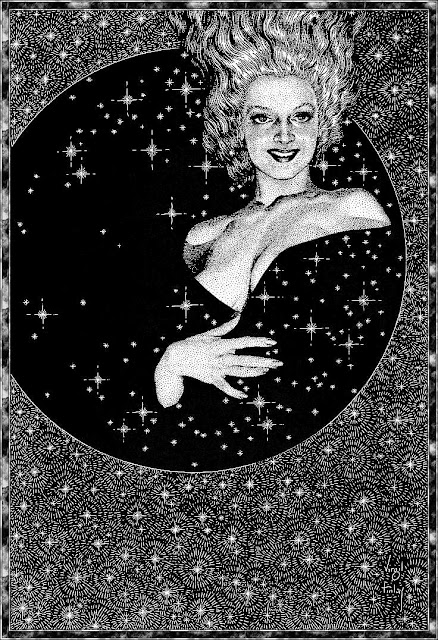 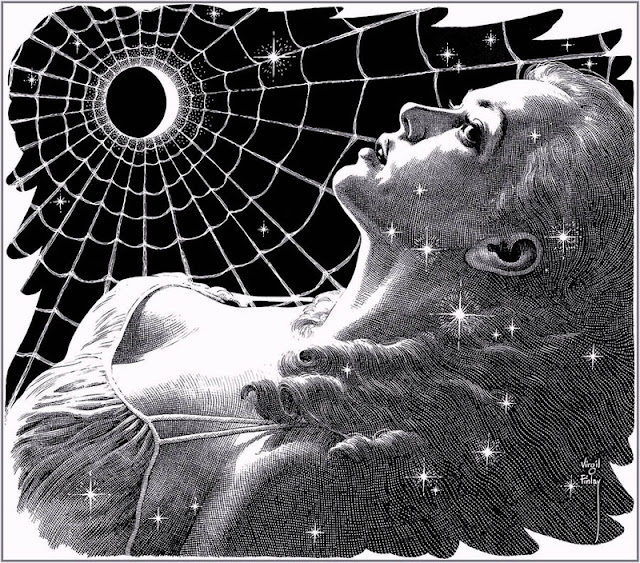 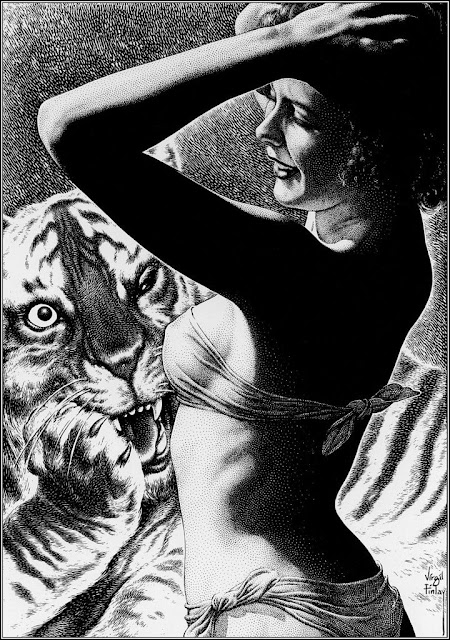 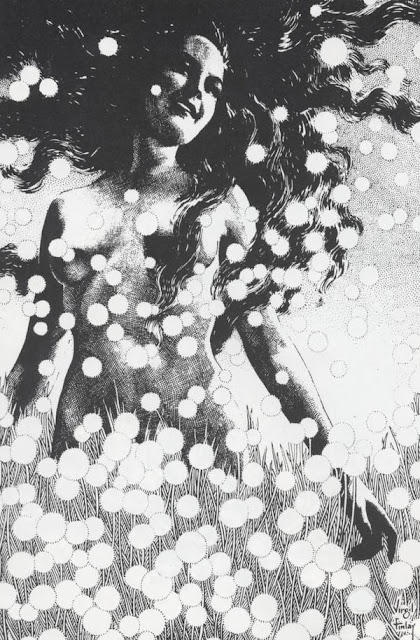 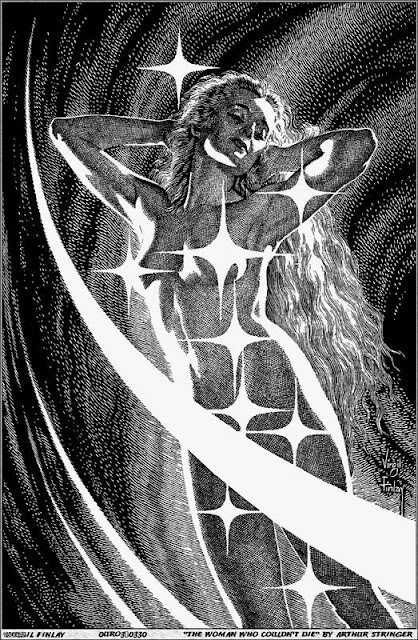 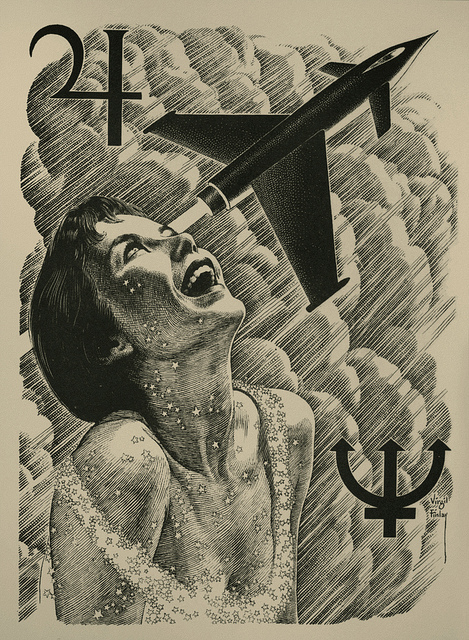 Imagine that-- a pulp magazine artist who likes to draw beautiful women! Who could have imagined such a thing?

That lady and the tiger is quite a stunner.

Don, I agree with you that Finlay was among the best in this field, but I always thought his painstaking stippling technique was taking the long way around. It also seemed like kind of a low risk approach. As long as he never made a bold, sweeping statement such as a strong line or a vigorous brush stroke, he could continue to fine tune values with tiny little marks back and forth. Not a lot of spontaneity (or even courage) there?

David -- Agreed that Finlay's technique necessarily precludes spontaneity. But I think his work had about as much flash and dash as could be milked from the tools he used.

As to why he chose his route, perhaps he was happy doing what short-attention-span me considers utter tedium. Or maybe it was a combination of temperament and having developed a trademark style that many others wouldn't bother trying to imitate. The result, of course, was low productivity and perhaps a lack of bread on the table.

Considering Finlay's usual customers, the stipple technique had less chance of reproducing poorly in print. He avoided grey scales, while still conveying them via the varying sizes and spscing of his dots and other forms.