Henry Patrick Raleigh (1880-1944) was one of the most popular American illustrators during the 1920s and into the 1930s. Besides having nice touches in drawing style and composition, these were capped by his ability to capture his subjects' characters. He was really good.

I wrote about Raleigh here and here. Illustration maven David Apatoff has takes about him here and here that are worth reading for interesting background information.

Below are images of party scenes illustrated by Raleigh. Parties were a major topic of his. 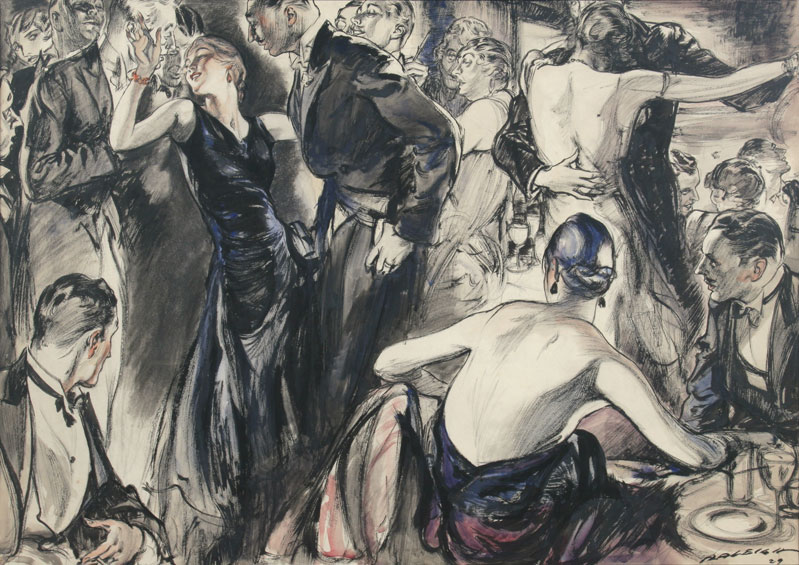 This is from 1929 when Twenty's flapper fashions were starting to evolve into 1930s styles where women's hairdos were a little longer and open-back party dresses were common for young ladies. 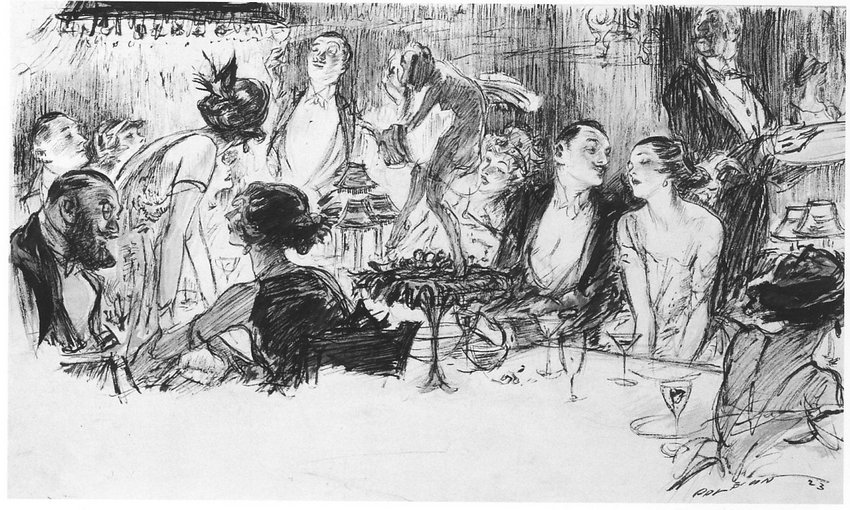 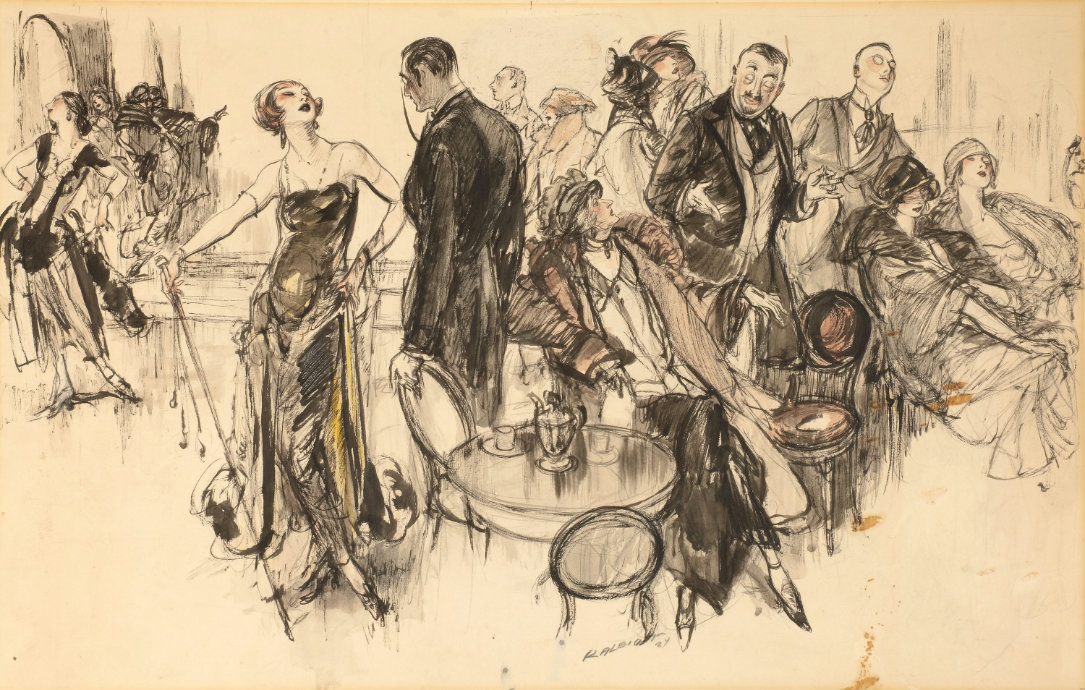 Note the various facial expressions and the body language. 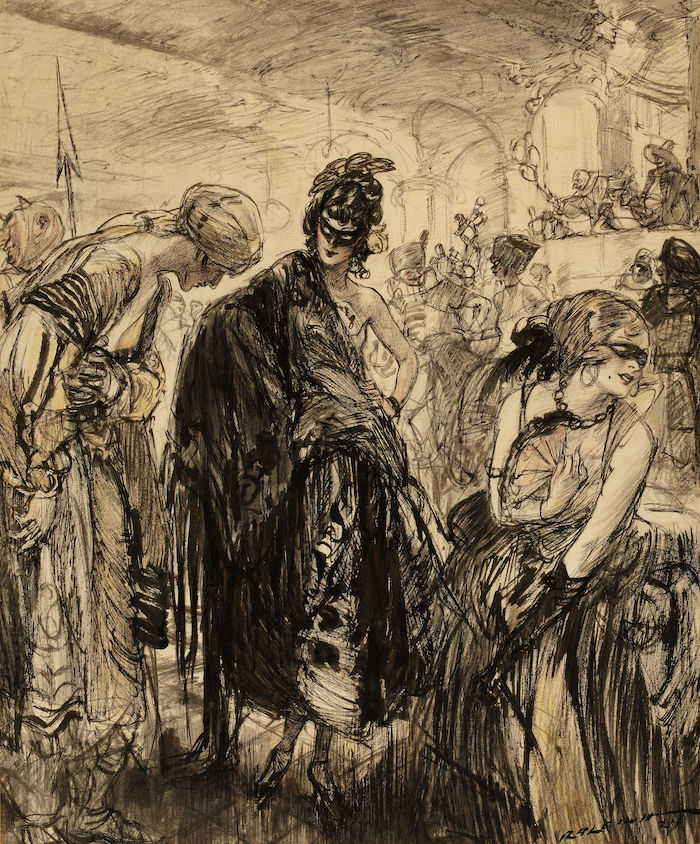 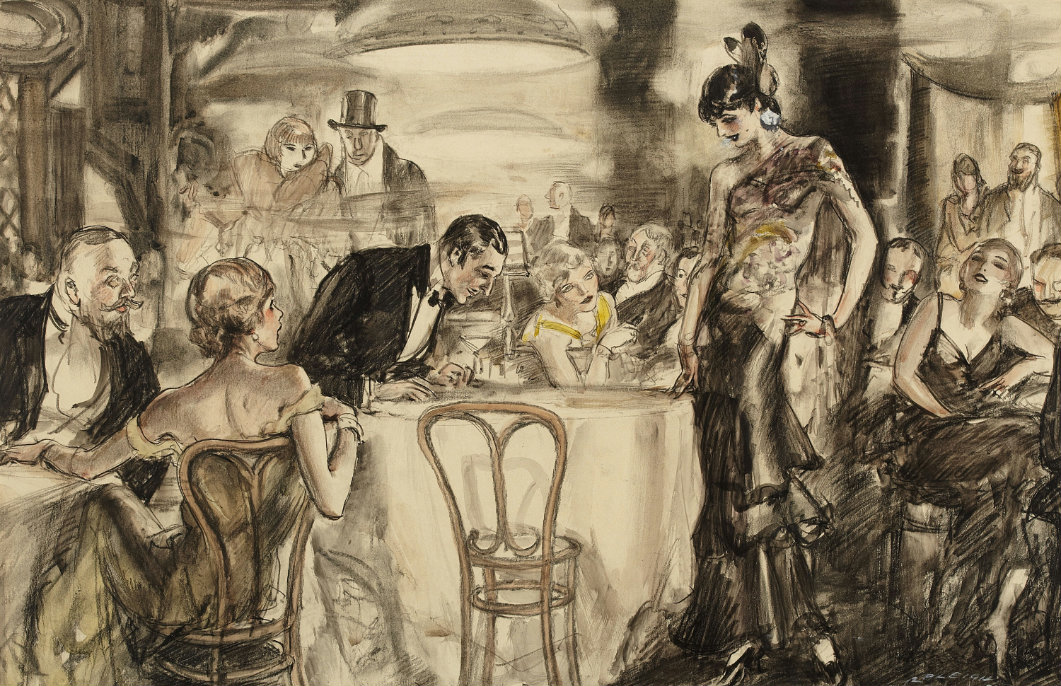 Entry of a siren. 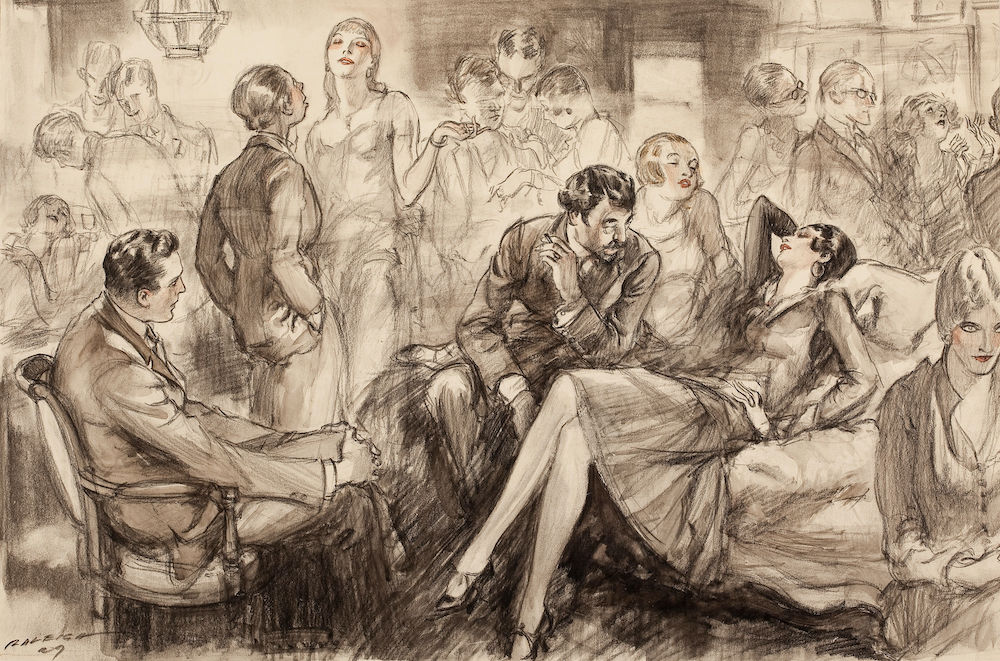 I suppose the main subject is the lounging woman in the foreground. But what interests me more is Raleigh' treatment of the face of the woman standing left-center. 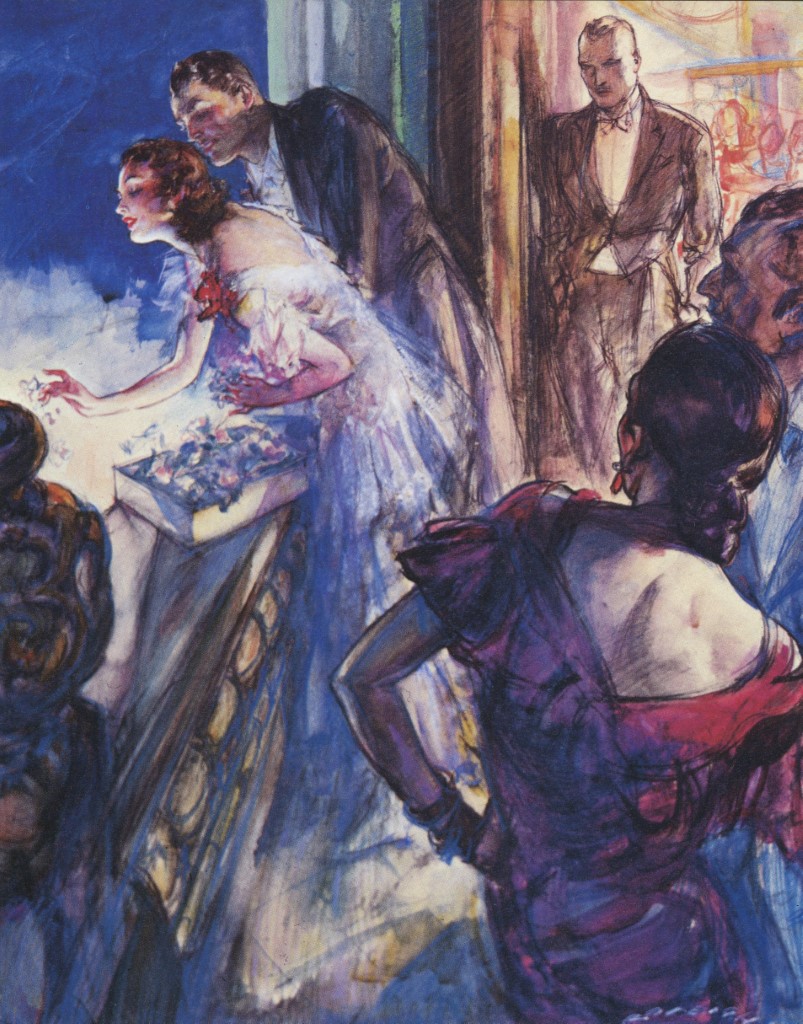