Eons ago when I was in my mid-teens our family took the Milwaukee line railroad to Chicago.  The train stopped briefly in Minneapolis where I noticed a tall, white, slightly obelisk-shaped office building.  Unusual, distinctive.  That was long before the recent architectural fashion of shaping buildings like tabletop sculptures.

That building was the Foshay Tower, completed in 1929, immediately before the stock market crash that set off the Great Depression of the 1930s.  Background information can be found here and here.

The Foshay Tower's shape was inspired by the Washington Monument in Washington, DC.  Obviously, a functioning office building required different proportions than those of the monument, so the concept was somewhat flawed.

Currently the structure houses a hotel. 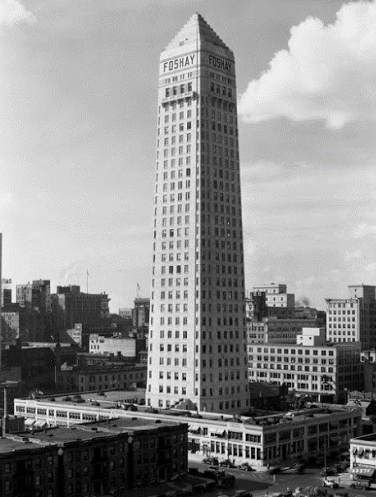 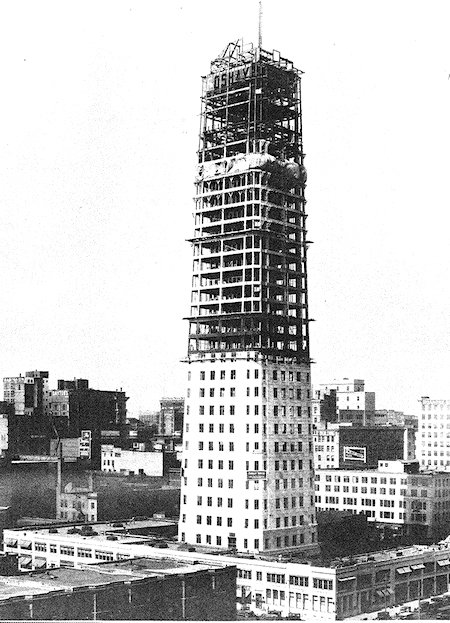 The tower under construction seen from the same viewpoint. 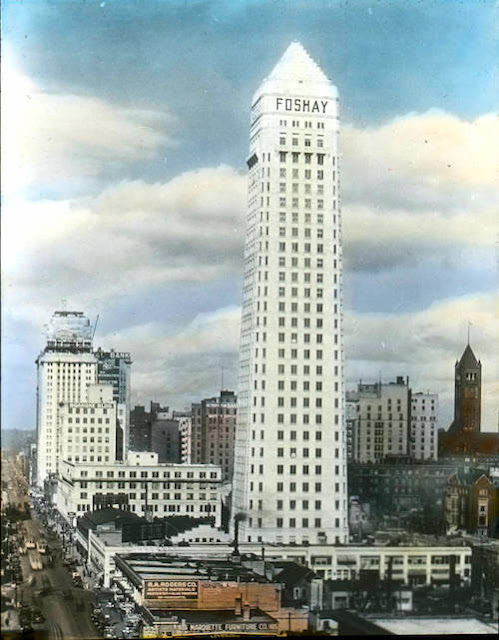 An early color (or colorized) image. 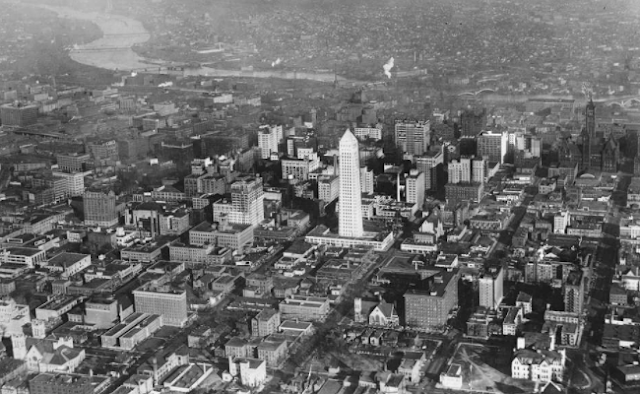 An aerial view possibly taken when the Foshay was new.  Nowadays it is dwarfed by taller skyscrapers. 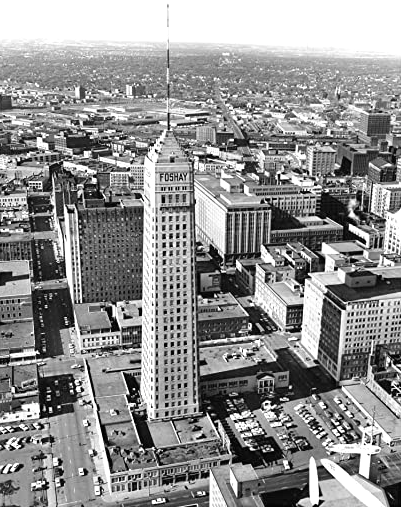 A later, closer aerial view of the tower. 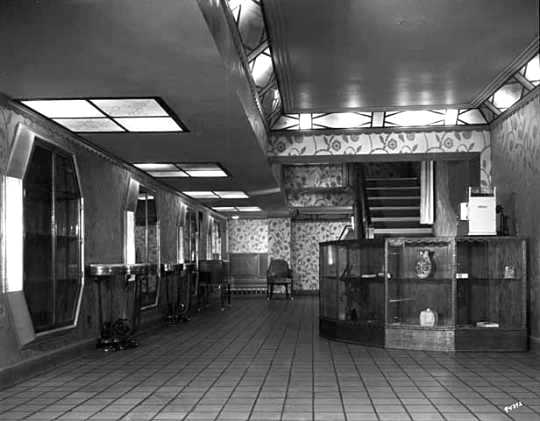 Early image of a reception and waiting room.