Tamara de Lempicka (1898-1980) is known for her 1930-vintage paintings of people done in a slightly simplified, smoothed manner while featuring crisply defined costumes and geometrical backgrounds.  Retrospectively, her style can be considered High Art Deco in the context of a field that does not easily lend itself to Art Deco, which is fundamentally architectural-decorative.

Her lengthy Wikipedia entry can be linked here. 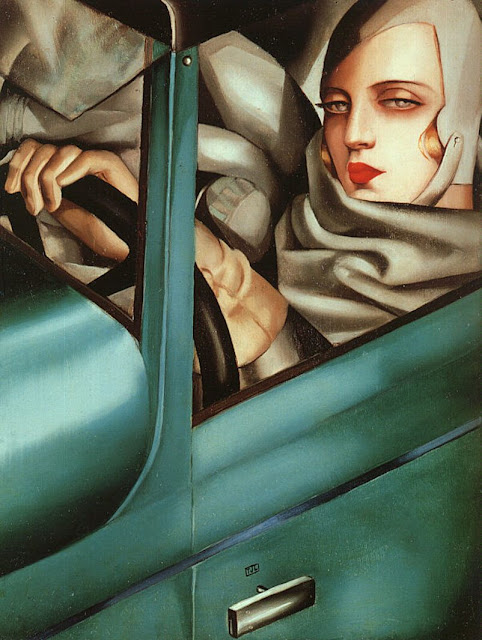 Autoportrait (Tamara in a Green Bugatti) - 1929
This was commissioned as cover art for a German magazine.  It has been pointed out that Lempicka did not own a Bugatti and that all Bugattis were right-hand drive, unlike the one in the painting.  Nevertheless, this is probably her most famous works.  I viewed it many years ago at an Art Deco exhibit in San Francisco. 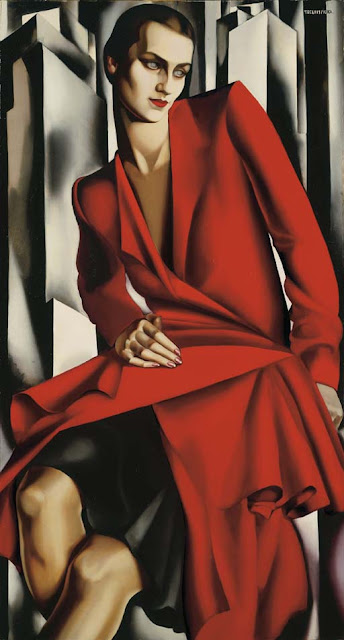 Mrs Bush - 1929
This portrait of Mrs Rufus Bush was auctioned at Christie's for $4.6 million. 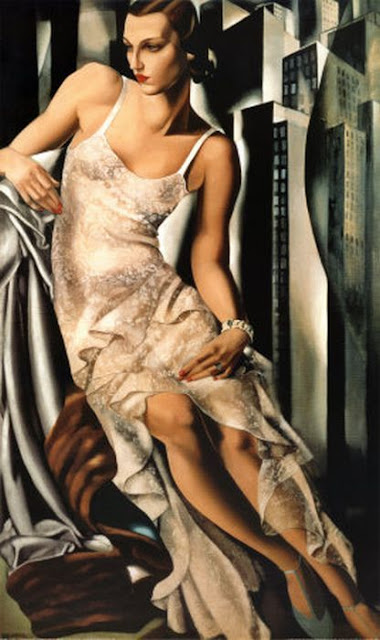 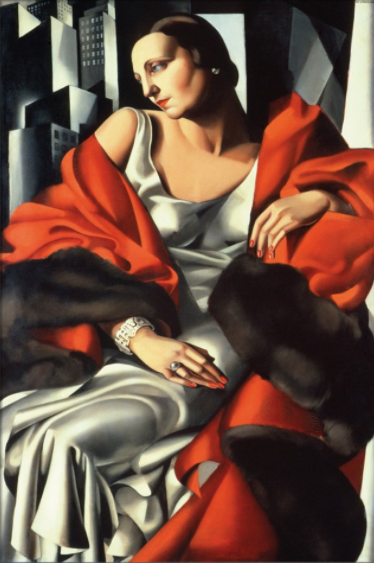 Mme Boucard - c. 1931
This, and the two preceding paintings have skyscraper backgrounds that contribute to the Art Deco effect.  So do others shown below. 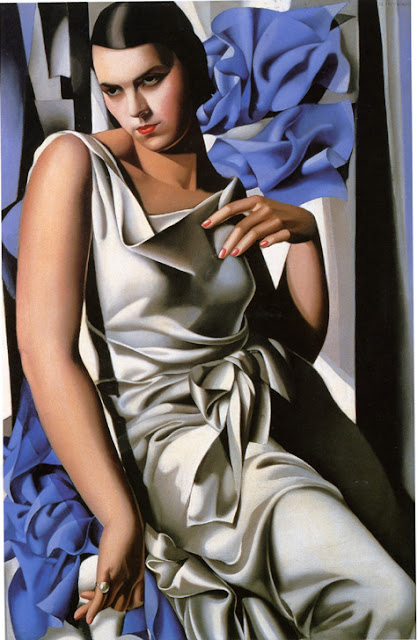 Mme M - 1932
Auctioned at Christie's for $6.1 million, the subject is essentially anonymous. 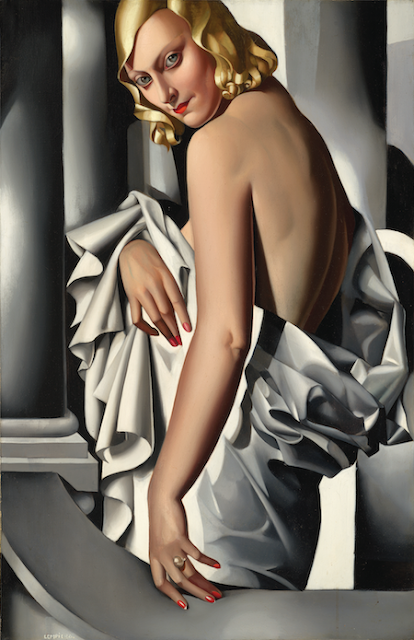 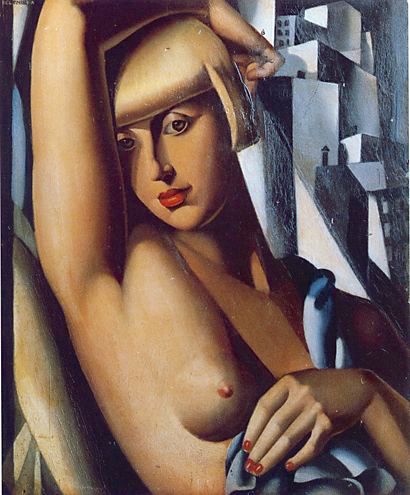 Suzy Solidor - 1933
She was a French actress and singer who I wrote about here.
Posted by Donald Pittenger at 1:00 AM

I always loved Lempicka's portraits because her models were serious, not-to-be-mess-with women at a time when women were displayed as either sexpots or modestly under the control of their husbands.

Thank you for pointing out the Deco buildings in the background... which I had never thought about. I had assumed that the Deco quality came about with the short skirts, strongly shaped dresses and the formless figures.

Thanks for the link
Hels
https://melbourneblogger.blogspot.com/2017/04/my-favourite-art-deco-portraitist.html

Thanks for featuring these interesting paintings by Lempicka. I am a fan of Art Deco. You are correct that Art Deco is usually associated with architectural decorative work. However its influence can be seen in a lot of painting and graphic design of the late 20s and through the 30s. The general handling of the figures reminds me of the figure design of the bronze reliefs above the 5th Avenue doors of the La Maison Francaise at Rockefeller Center.

The art of Rockefeller Center would be my best suggestion for a future posting.

Paul -- I do have some Radio City photos I took in NYC 3 or so years ago, and of course there ought to be better images on the Web. So our minds are on the same path. Regarding Art Deco graphics, off the top of my head, there's good ol' Erté. Plus Jean Dupas and other illustrators. Actually more Deco in illustration than in Fine Arts painting, I think..

Donald—Rockefeller Center abounds in great examples of Art Deco reliefs and sculpture. I would enjoy seeing a few posts featuring some of it over the next year or two. I’ve become fascinated with Art Deco and its application within Rockefeller Center. In fact I employed a couple of the pieces in two of my paintings, "Fifth Avenue & 49th" and "Kathleen in November”.

Your comments and opinions on the art you post are excellent and I look forward to them. One of the reasons for their appeal is that you use plain language—no gallery-speak. If you aren’t sure about something, you say so.