American portrait painter Eugene Speicher (1883-1962) has remained largely forgotten since even before his death. A brief Wikipedia entry is here. An extensive analytical piece on Speicher is here. And a bit more about him can be found here.

The links above stress that he was considered a leading representational painter largely uninfluenced by modernism and, in those artistically somewhat conservative times in this country, had a successful career. He trained with Georgia O'Keeffe and Edward Hopper, both of whom achieved more lasting fame. His most influential teacher was Robert Henri, whose painting style was not entirely traditional (take a look at his brushwork).

Based on the images of Speicher's paintings I found on the Internet, I find it a little hard to understand the praise he received at the height of his career. He did not employ dimensional distortion (a major modernist tactic), nor did he do much in the way of color modification. But he did employ the third major modernist tool, shape simplification, to a slight degree. The result was paintings that were not quite naturalistic depictions of their subjects. They clearly included mannerisms that were part of artistic fashions of the period 1920-1945. In sum, I consider him a good painter in terms of his time, but not a great one. 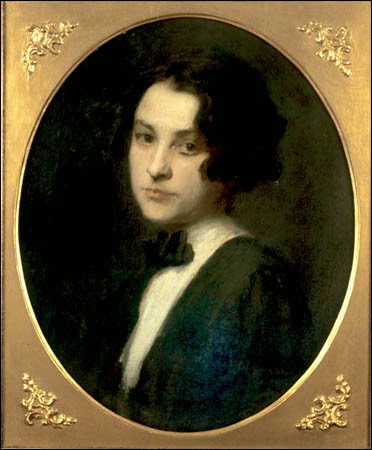 Georgia O'Keeffe - 1908
Painted when they were students. 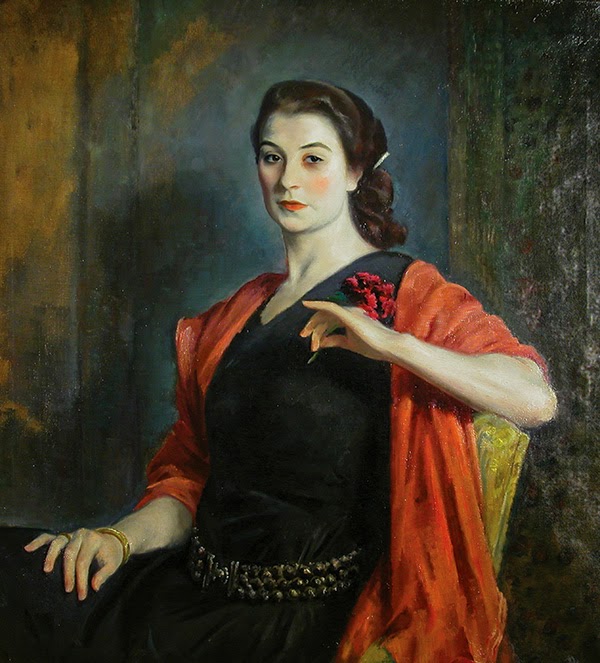 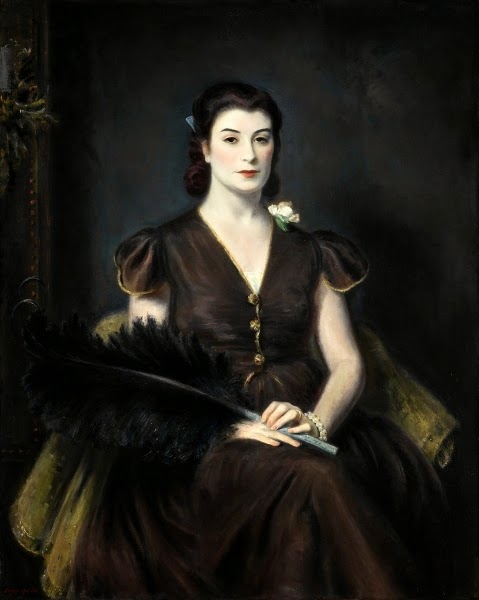 Katharine Cornell (as Candida) - 1926
Perhaps Speicher's best-known painting. Cornell (1893-1974) was one of America's most famous stage actresses in her day. Both Speicher and Cornell hailed from Buffalo, New York. 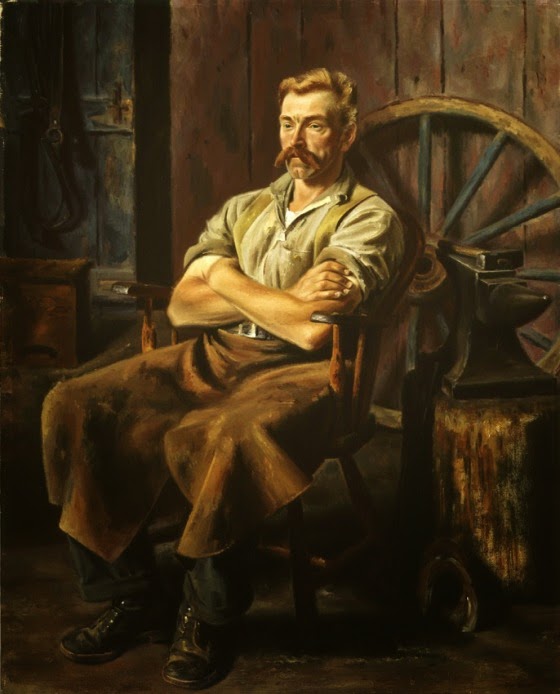 Red Moore: The Blacksmith - c. 1933-34
His non-commissioned portraits included people from the Woodstock, New York area where he lived. 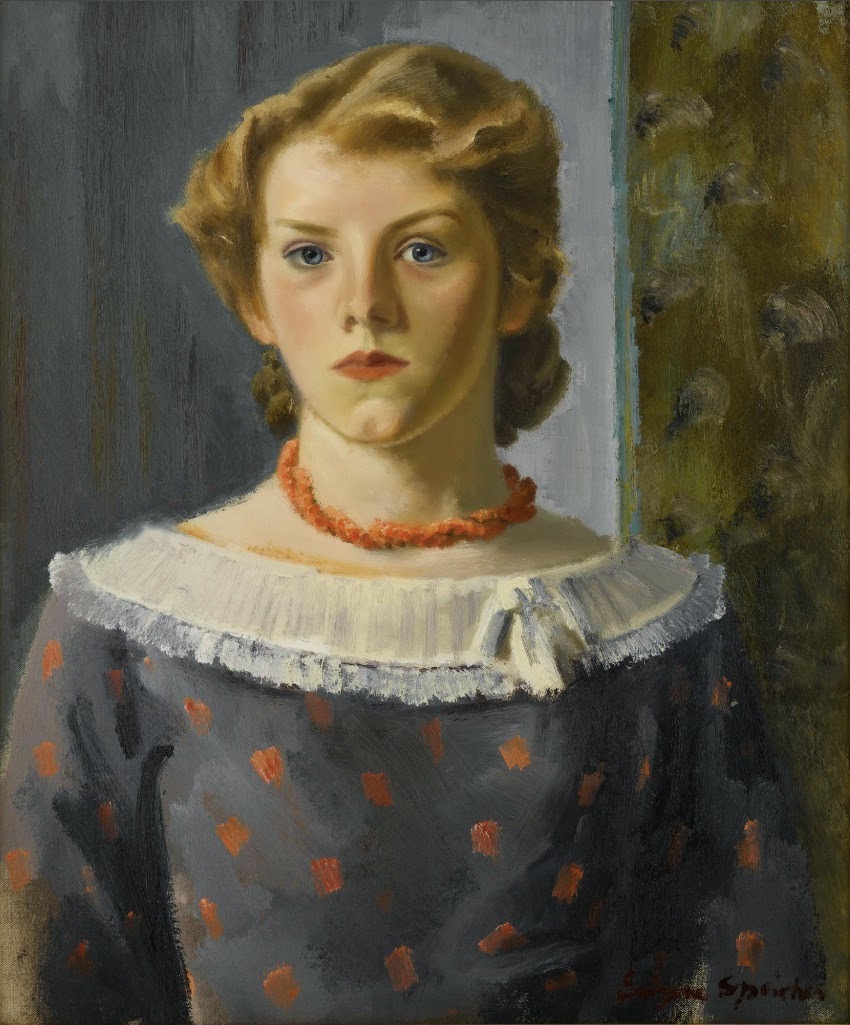 Girl in a Coral Necklace (Joyce) - 1935
Mid-1930s modernist-inspired simplification here. Too much contrast between the sharply-defined eyes and the the rest of the brushwork for my taste. 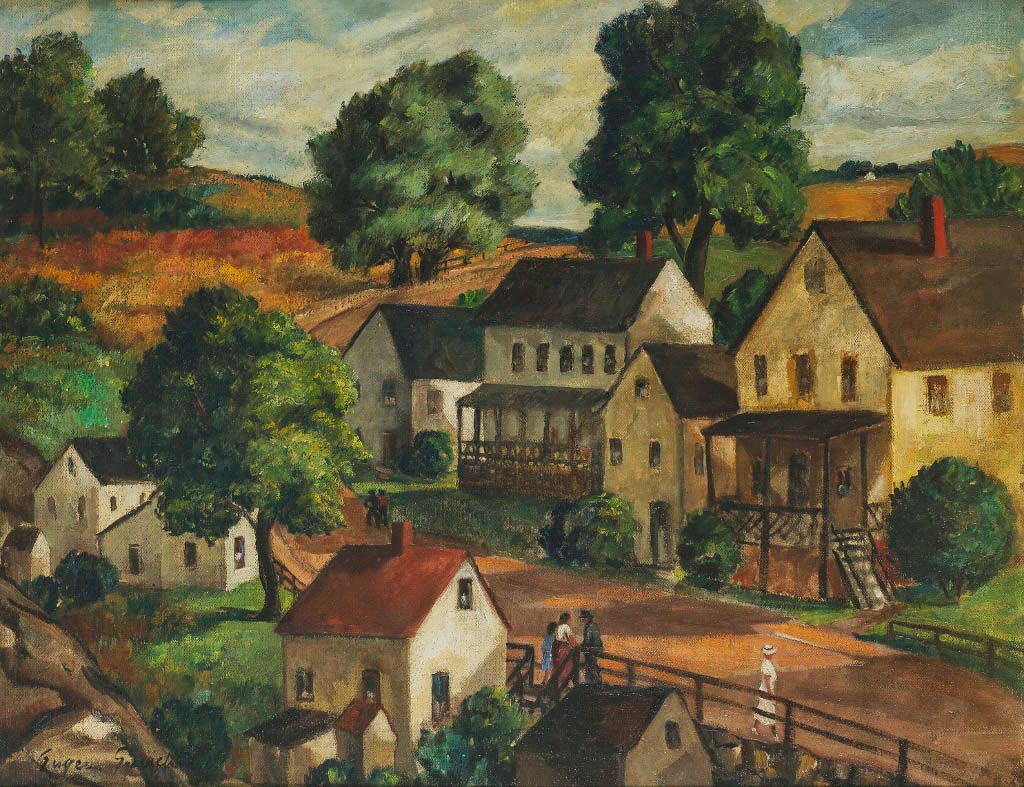 Kingston, New York - 1935
The nearest "big city" to Woodstock was Kingston. I never visited Kingston much when I lived in upstate New York, but this modernist-influenced painting is suggestive of a neighborhood at the edge of town.