Collier's magazine in its original form ceased publication in 1957 (a revival was briefly attempted a few years ago). But for much of its existence it was a major American general-interest publication, being second only to the Saturday Evening Post.

As such, it's covers featured many of America's leading illustrators, though not the Post's star Norman Rockwell. Below is a sampling of Collier's covers I assembled, each by a different established illustrator. 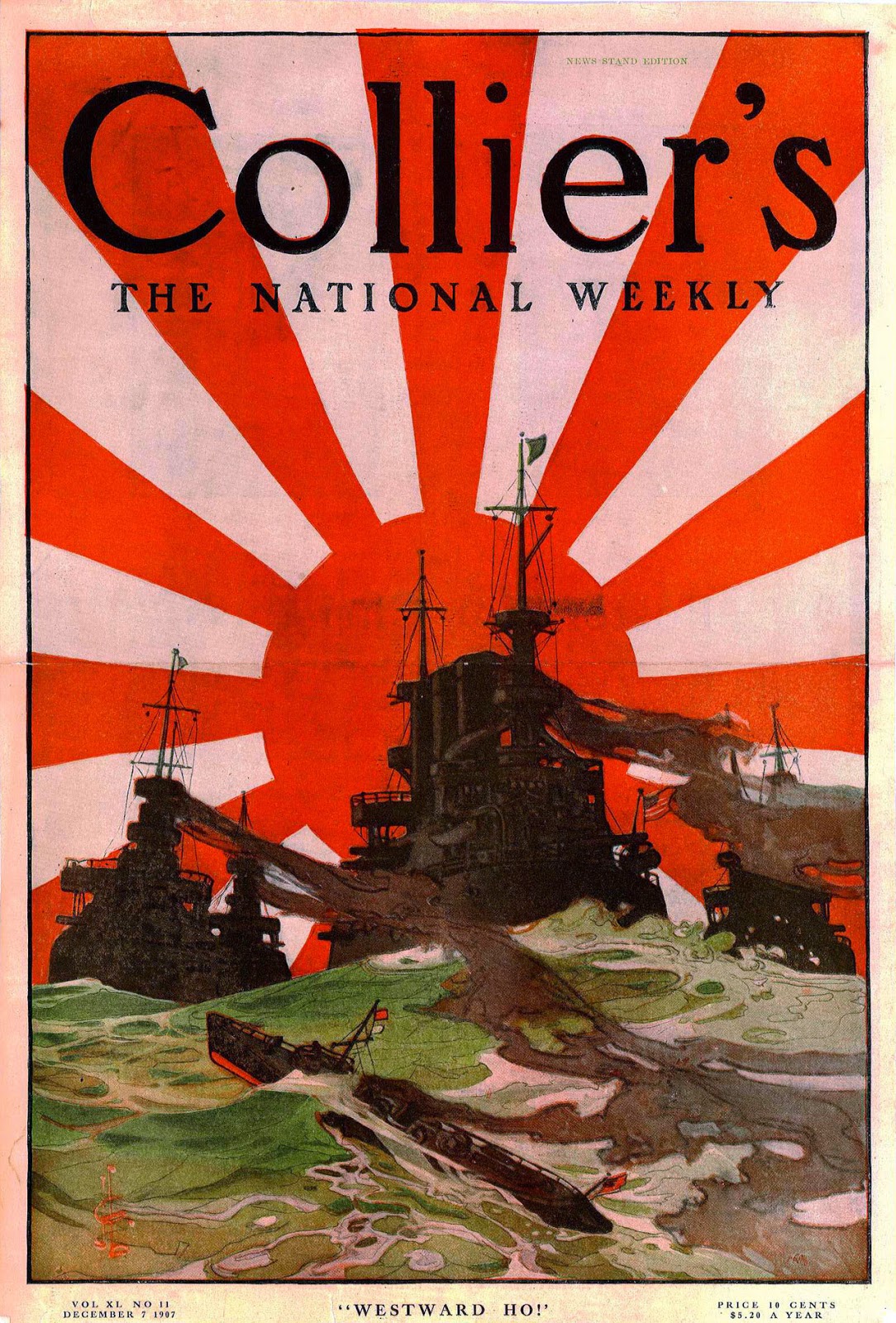 J.C. Leyendecker
The United States' "Great White Fleet" was on its around-the-world cruise in 1907 where Japan was to be one of its stopping points, hence the Japanese naval ensign as backdrop.  Hostility was building between the countries, but the fleet's reception in Japan was cordial.  A curiosity is the 7 December issue date, given that Pearl Harbor was attacked by the Imperial Japanese Navy exactly 34 years later. 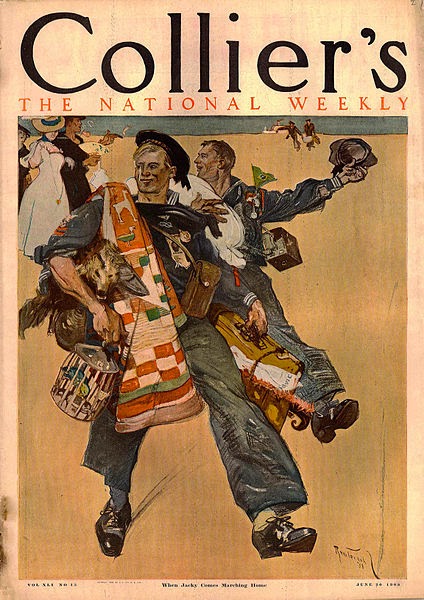 Henry Reuterdahl
Reuterdahl is noted for his portrayal of ships.  Here he depicts sailors, presumably on their return from the world cruise. 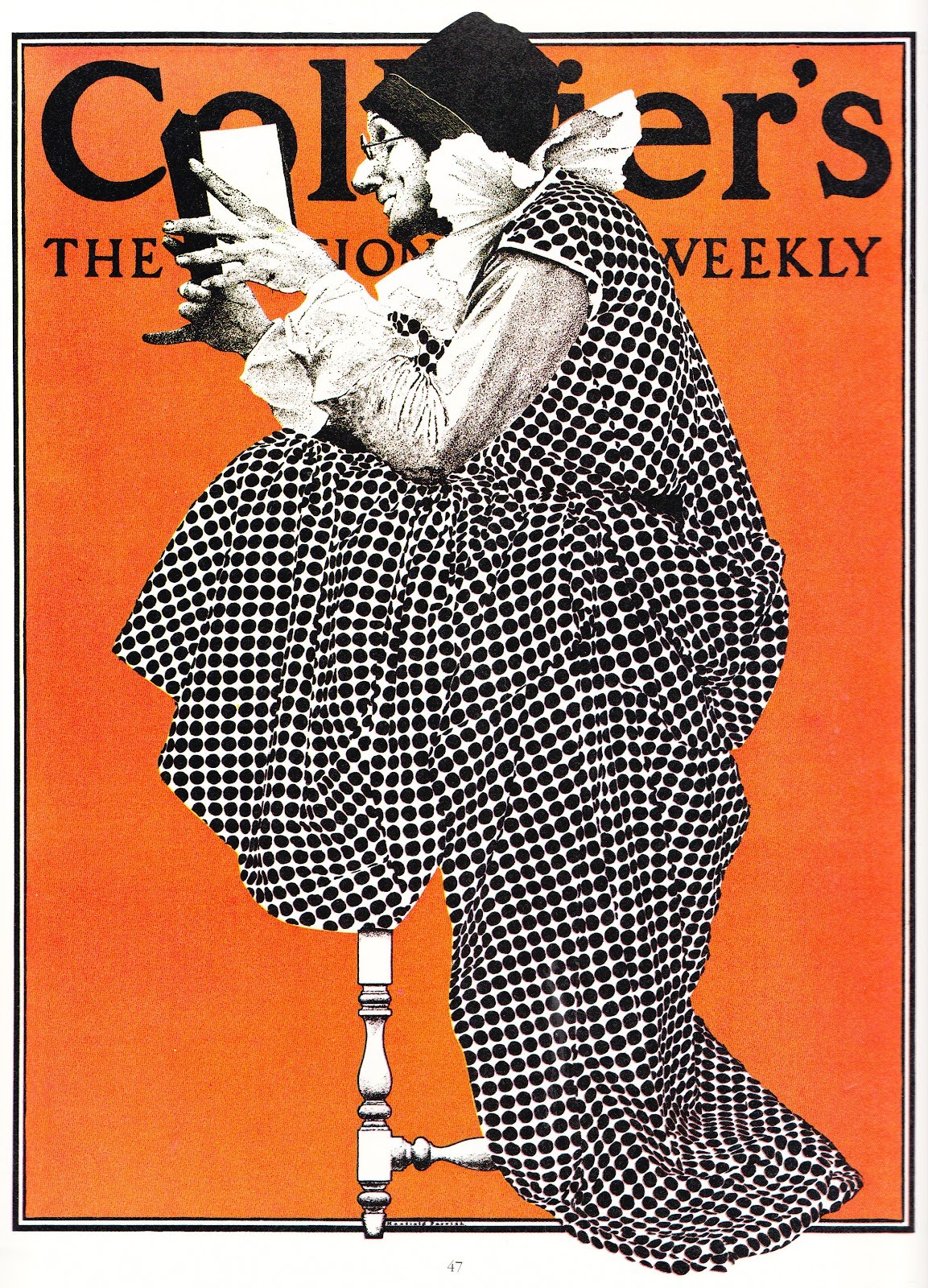 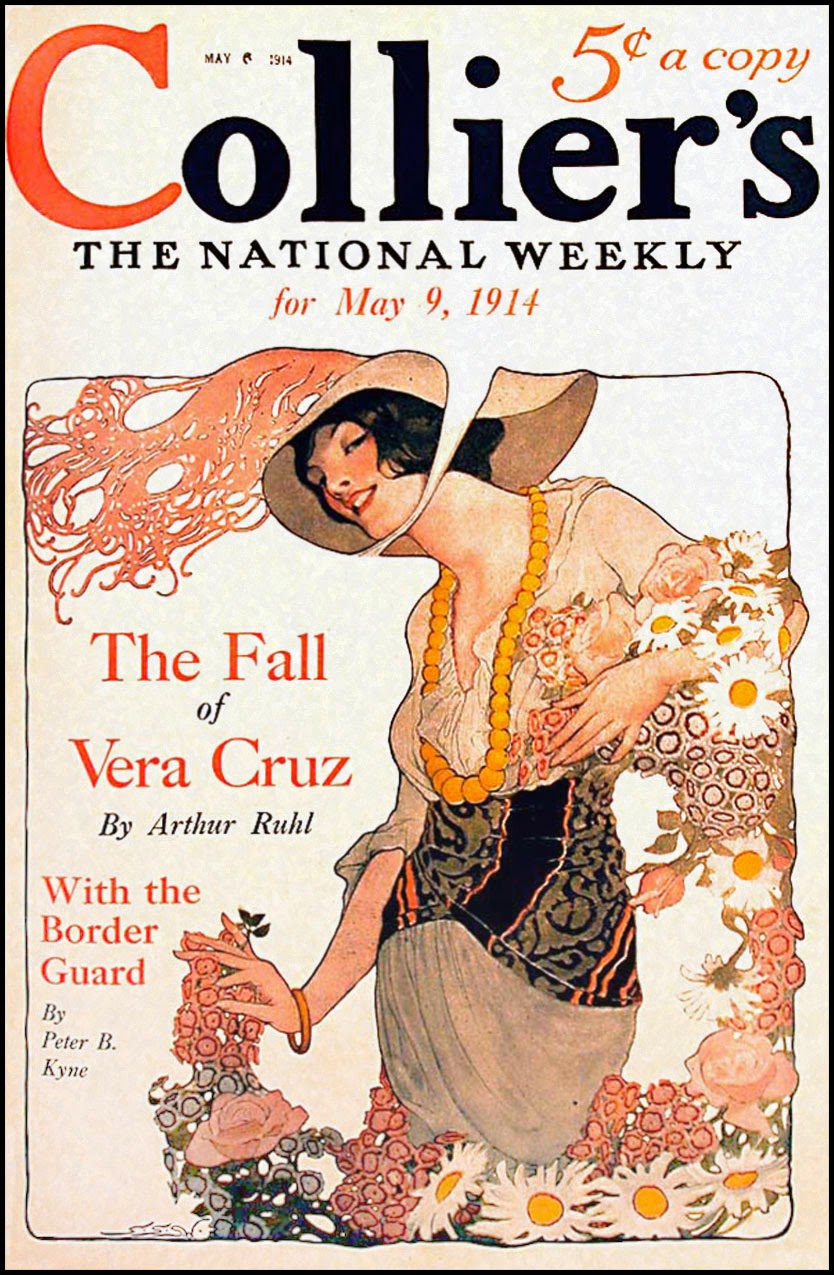 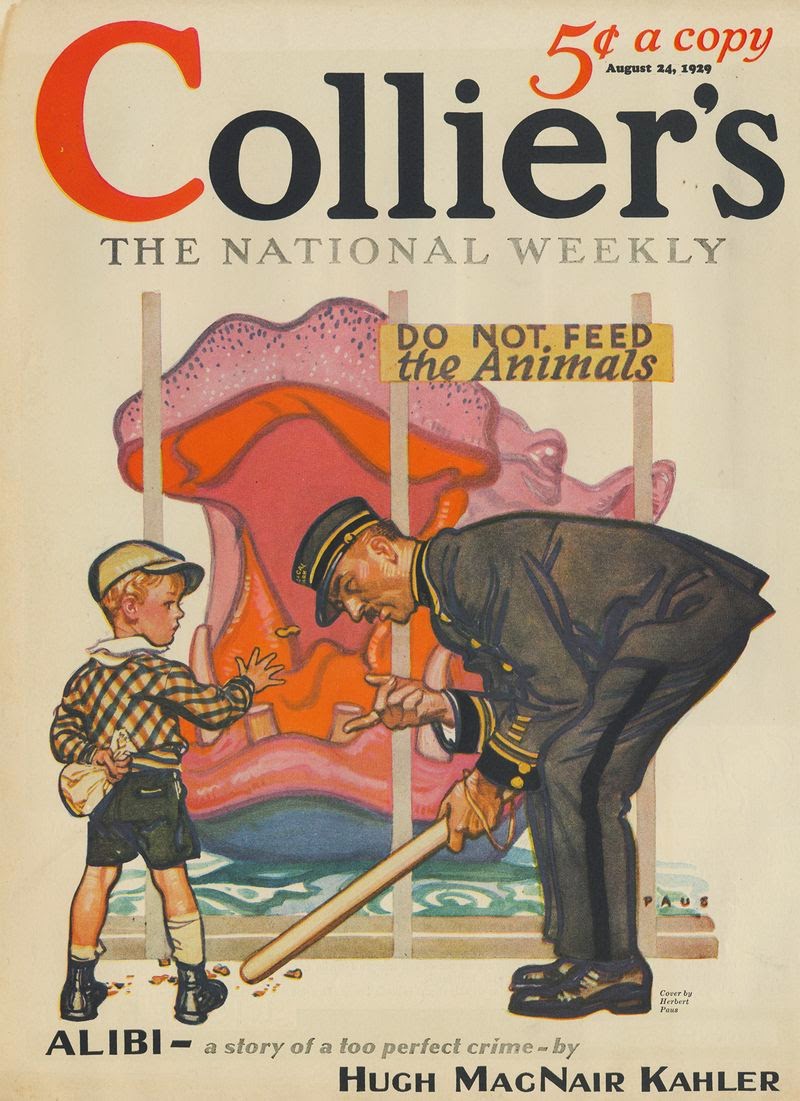 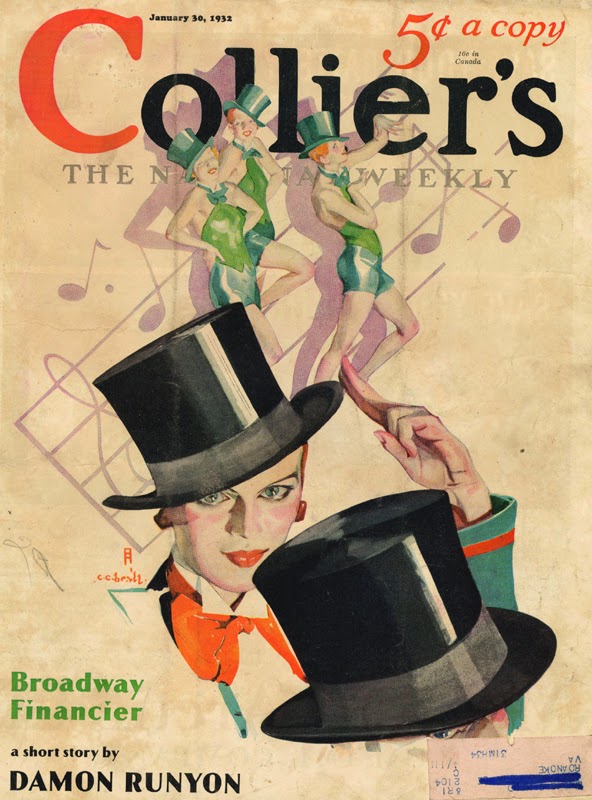 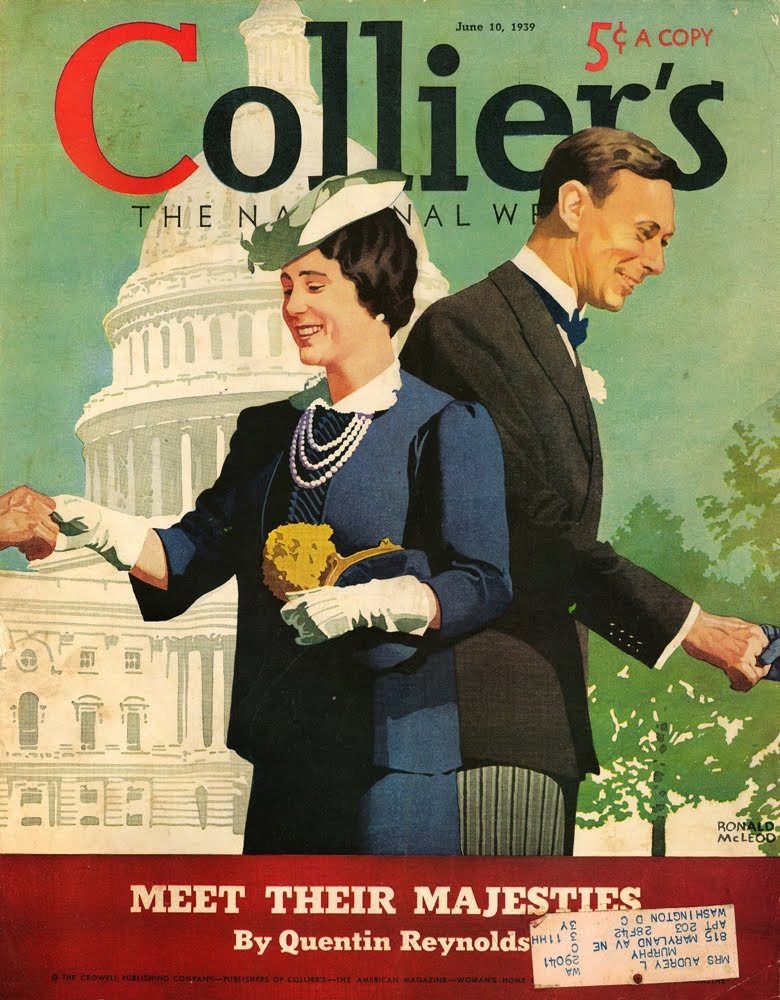 Ronald McLeod
In the late spring of 1939, King George VI of Britain and Queen Elizabeth toured the United States and Canada. 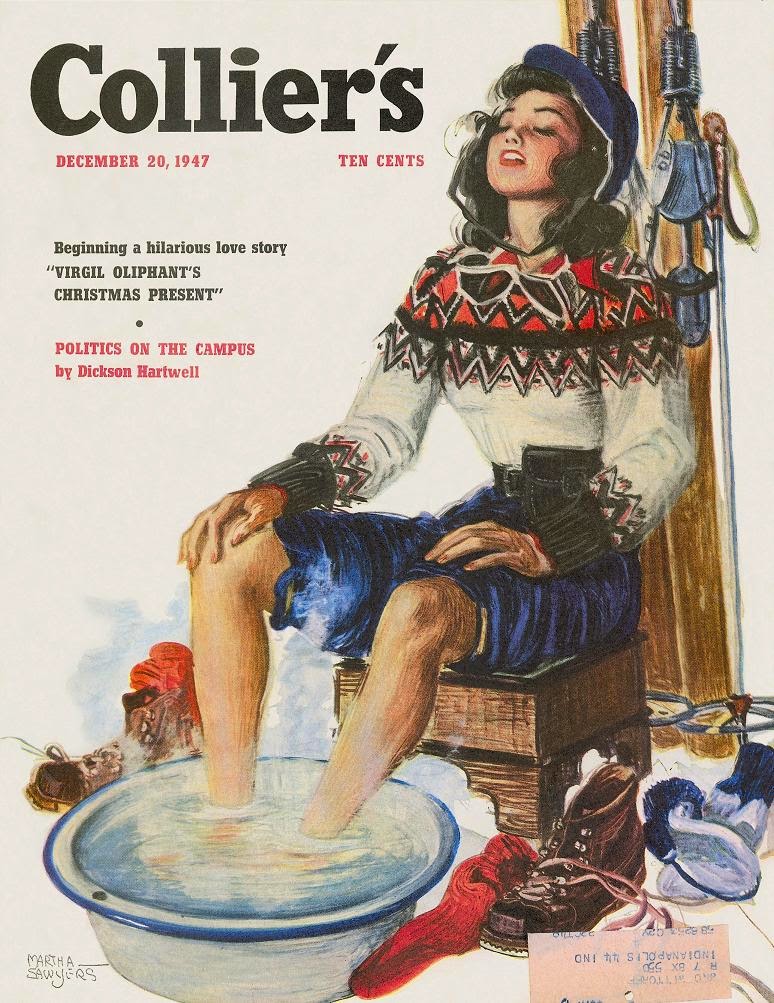 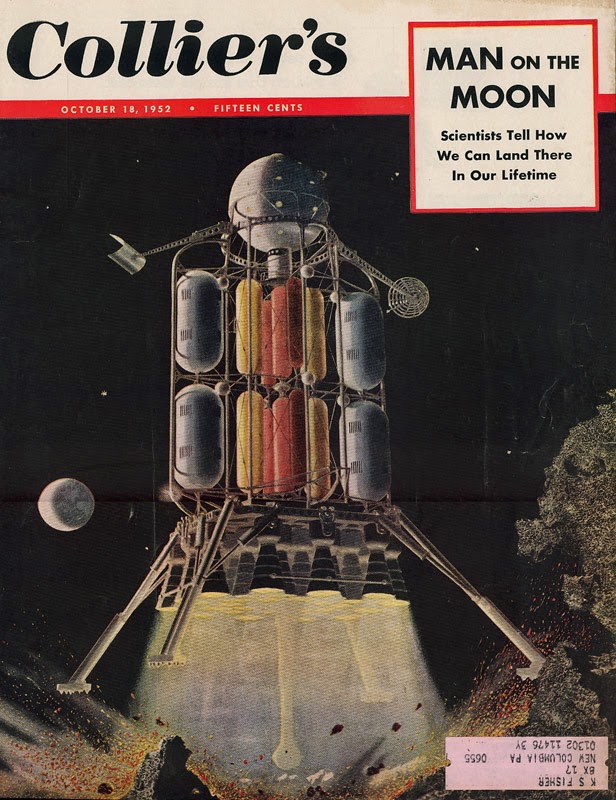 Chesley Bonestell
Collier's published a multi-issue study of space travel in the early 1950s.
Posted by Donald Pittenger at 1:00 AM

A very tasty collection of covers, Don (especially that Parrish!). Thanks for posting. By mid-century, the Saturday Evening Post used its superior market position to insist that it's illustrators not work for Collier's. This was usually pretty effective, since nobody in their right mind wanted to be blacklisted by the Post. I've only heard of one illustrator who had the gumption to tell the Post to get stuffed. Robert Fawcett, who was a flaming lefty with a natural dislike for fascist tactics, stopped doing work for the Post and went on to do his famous Sherlock Holmes and Hercule Poirot series for Collier's.