Paul Nash (1889-1946) was a member of the Slade School's second surge of noteworthy artists, a group strongly influenced by modernism while retaining a bit of traditional British caution in the matter. A lengthy Wikipedia biography is here and here is a short note from the Tate.

It seems that Nash had a deficiency exposed while at the Slade: he wasn't very good at depicting people. As a result, he generally painted landscapes. During the 1930s when Surrealism became fashionable, he did works in that vein based on landscape art.

Nash is best known as a war artist, particularly for his works featuring the Great War (he also depicted World War 2). Unlike many men commissioned to do war art, Nash had had combat experience as an officer and knew full well what that war was like. 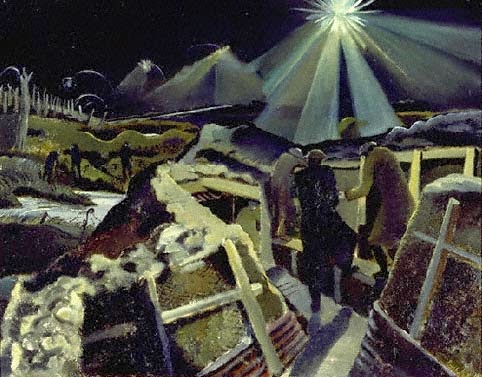 The Ypres Salient at Night - 1918
A 1917 exhibit of works dealing with Ypres led to his posting as a war artist, according to the Tate link above.  This painting was done later. 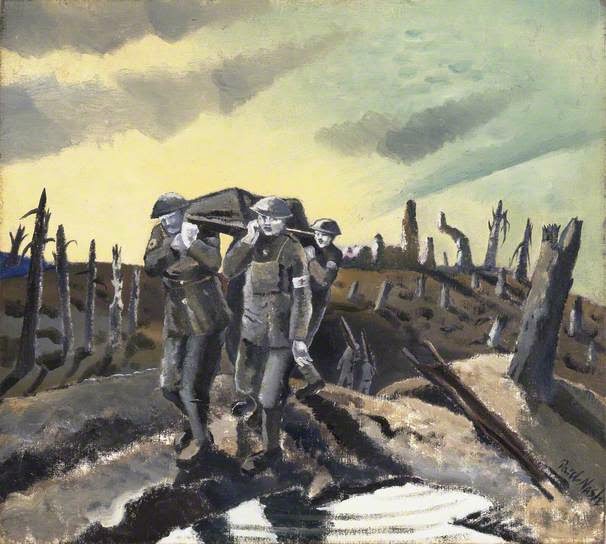 Wounded at Passchendaele
Showing why Nash seldom featured people in his paintings. 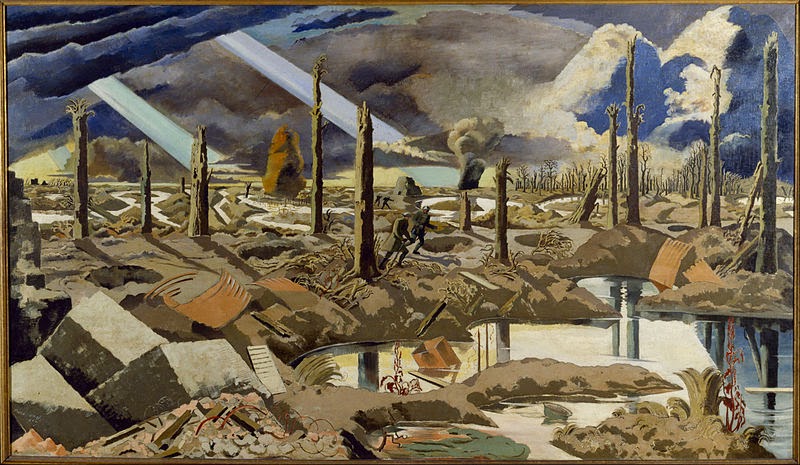 The Menin Road - 1919
This and the Ypres Salient painting above are probably his best-known Great War paintings. 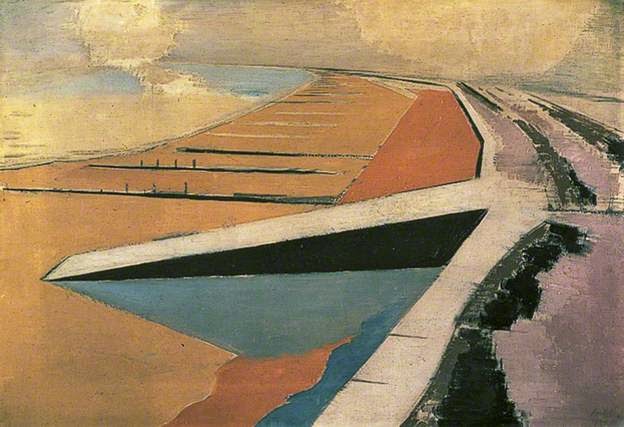 The Shore - 1923
A nice, bold composition, which accounts for the tilted horizon line, I suppose. 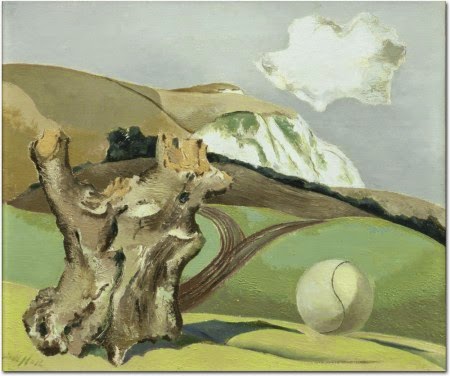 Event on the Downs - 1934
An early Surrealist work. 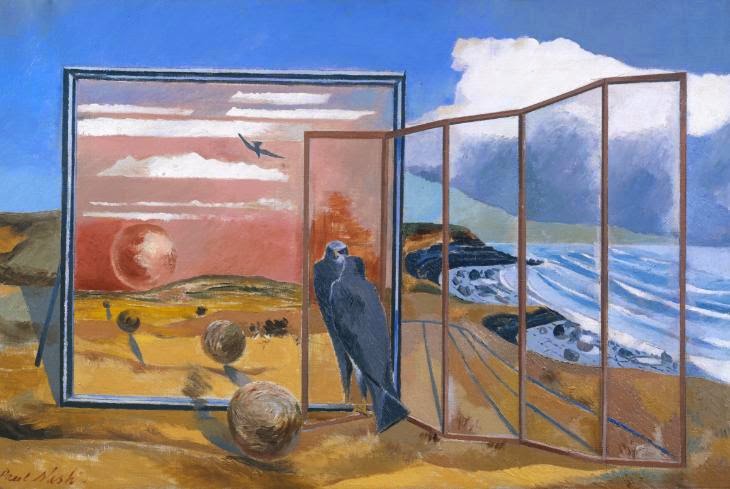 Landscape from a Dream - 1936-38
Much Surrealism supposedly dealt with dreams, something I find hard to believe. 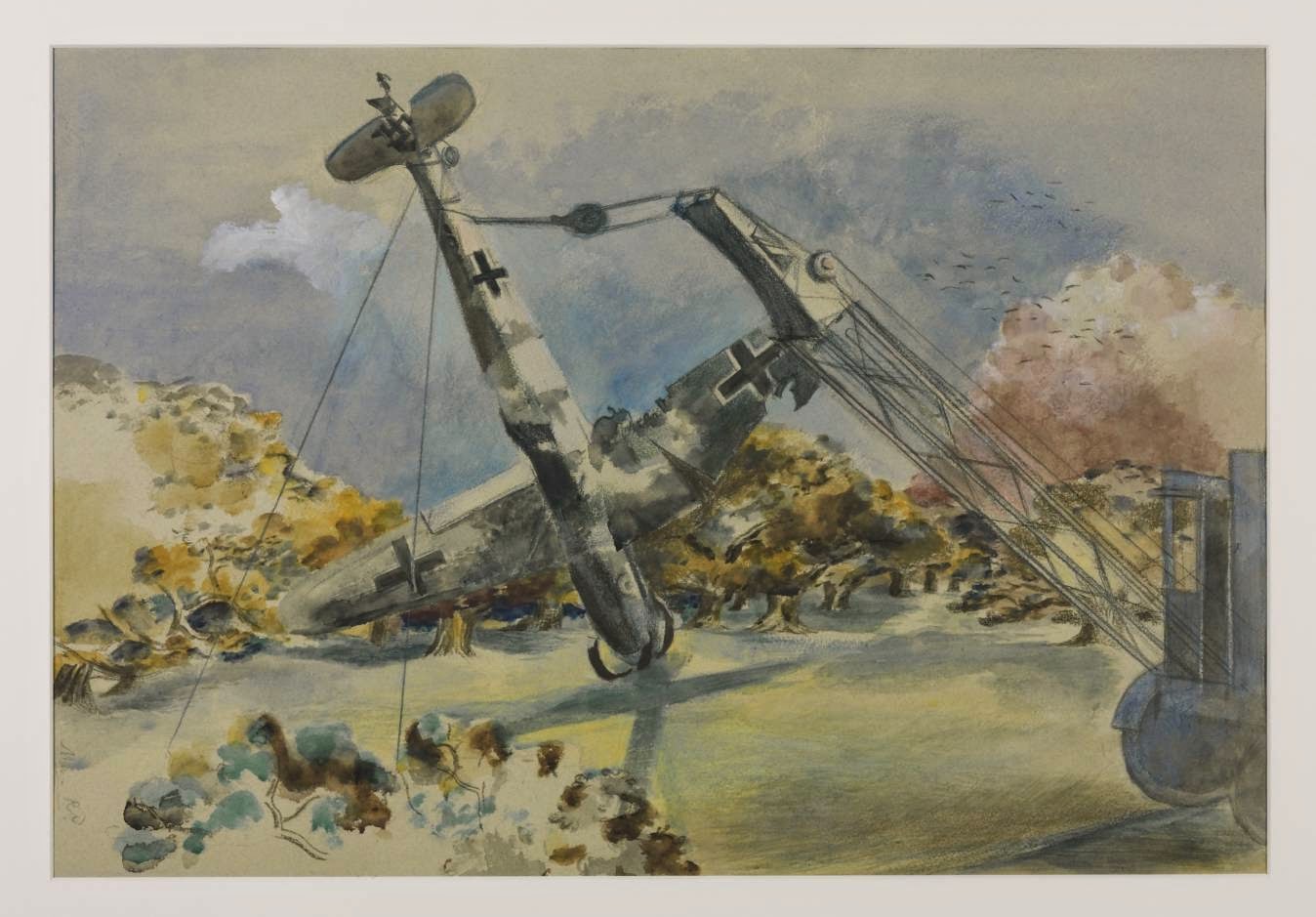 Messerschmidt [sic] in Windsor Great Park - 1940
Nash wasn't any better with airplanes than he was with people. 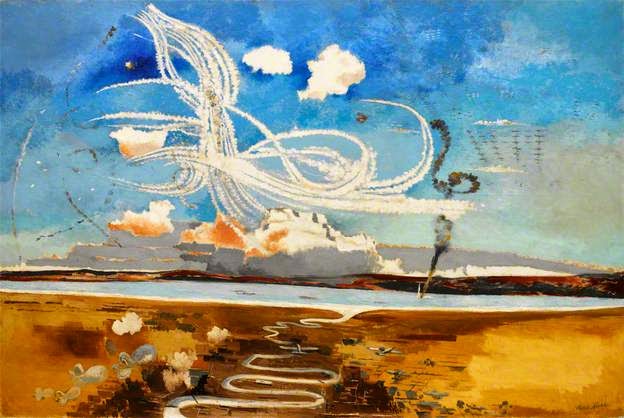 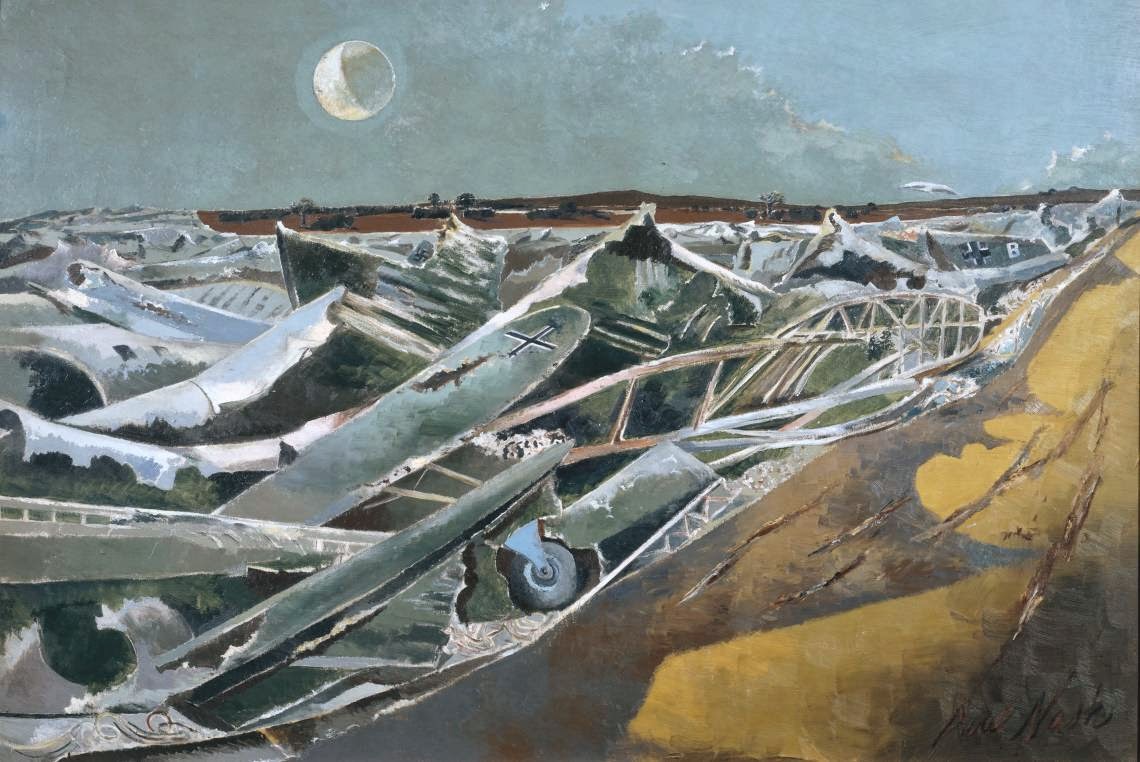 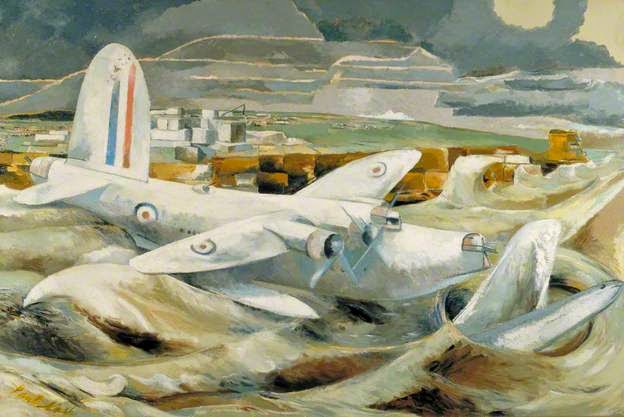 Defence of Albion - 1942
This painting is dreadful.  Perhaps Nash's frail health was overtaking his abilities.
Posted by Donald Pittenger at 1:00 AM