Alexandra of Denmark (1844-1925), wife of King Edward VII and therefore Queen of the United Kingdom and Empress of India, was the subject of many photographs, but surprisingly few painted portraits. A substantial Wikipedia biography is here.

Thanks to Queen Victoria's longevity, Alexandra was Princess of Wales for nearly 38 years. And because Edward was only 68 when he died, she was queen for little more than nine years. A small flurry of portrait activity followed her coronation.

Back in those times, and to a considerable degree today, commissioned portraits of royalty feature formal poses and conservative representation. So it was with Alexandra. Photographic and painted portraits of her with few exceptions showed her face-on or with her head only slightly turned, usually favoring her left side.

Artistically, portraits of Alexandra offer little interest. Nevertheless, I hope that showing some here will provide some context to paintings of similar vintage that I post about. 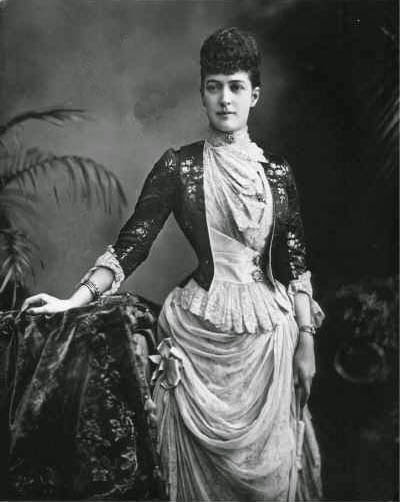 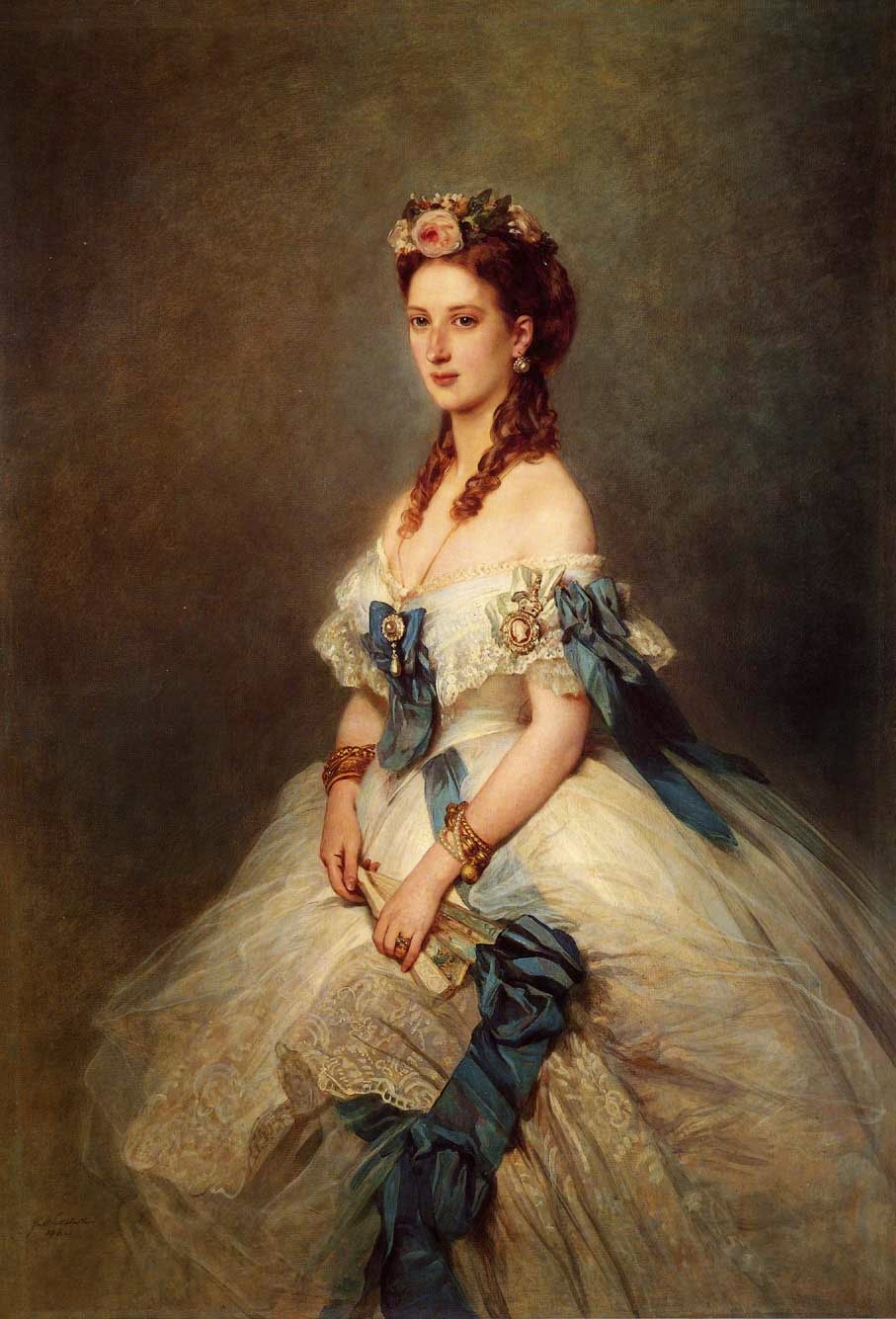 By Franz Xaver Winterhalter - 1864
Winterhalter was no stranger to portraying royalty.  This painting, in the Royal Collection, was painted soon after her marriage.  A curiosity is his treatment of the royal nose, which looks rather lumpy here.  Yet photographs show Alexandra with a nose of regular shape.  It's hard to image that Winterhalter made a mistake, but absent more information, that seems to be the case. 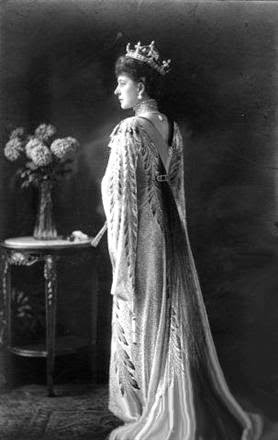 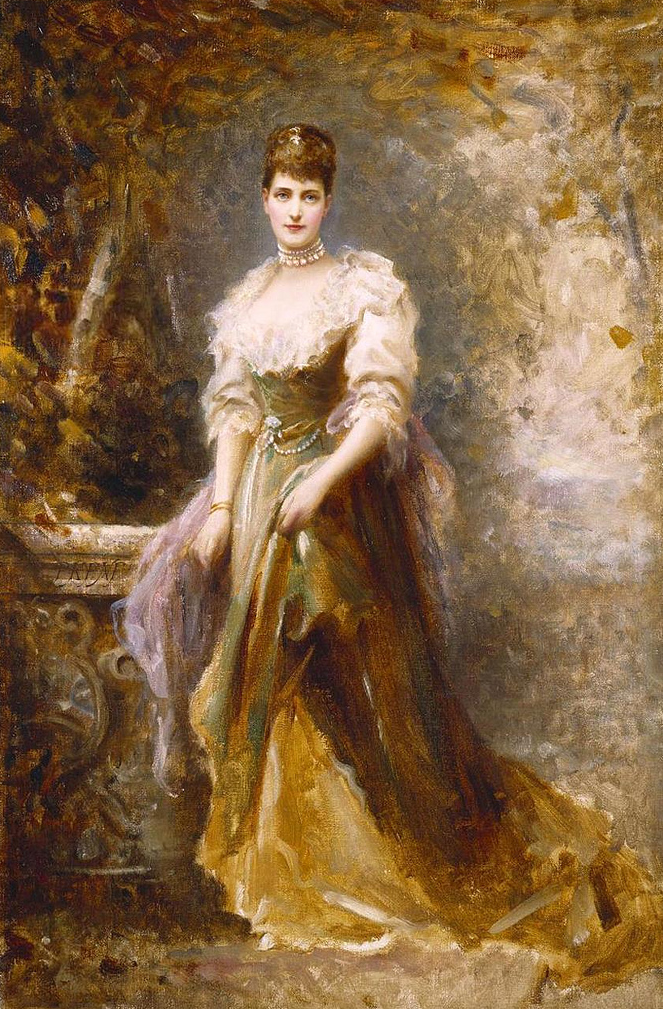 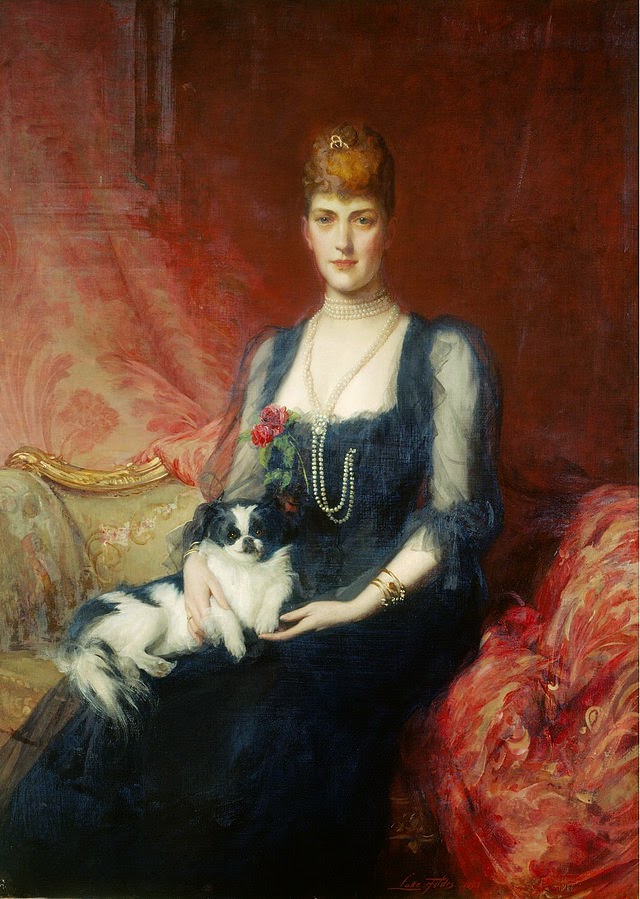 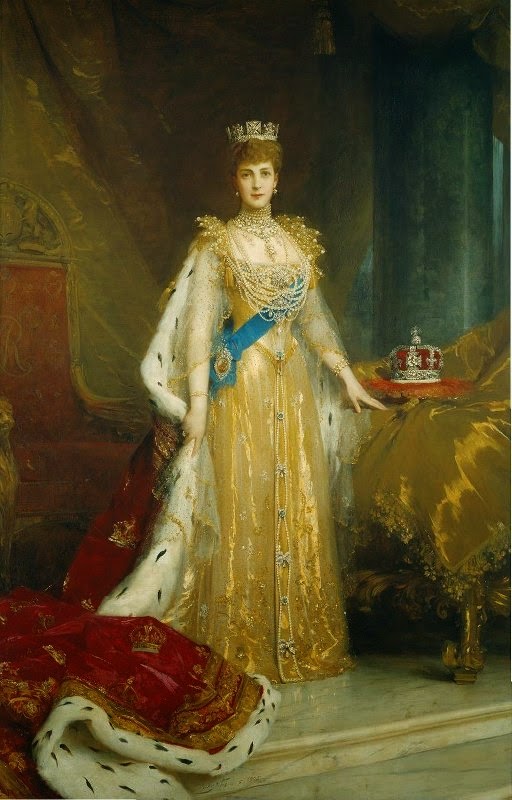 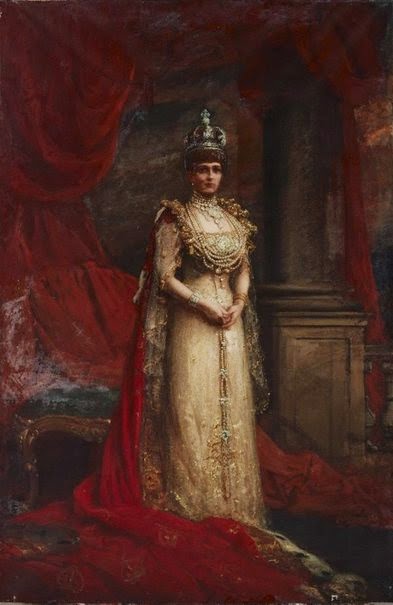 By John Longstaff - 1904
Longstaff was an Australian artist. 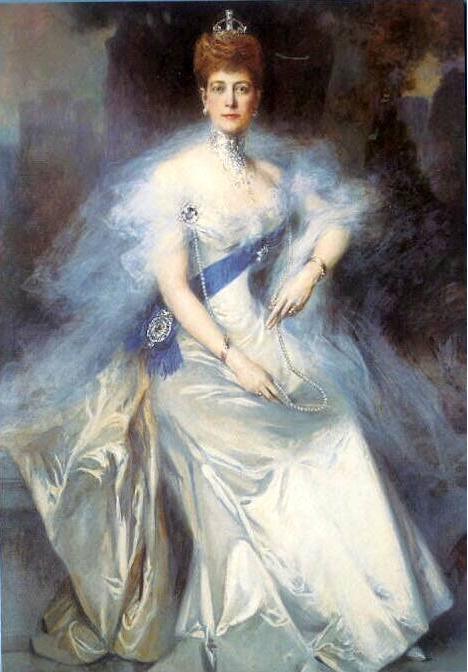 The portrait of Queen Alexandra is the sketch by Edward Hughes for the portrait over the Chimneypiece in the drawing room at Sandringham. He also did a head and shoulders for her friend Lady Carrington. The sketch used to hang in the hallway at Clarence House in the Queen Mother's time. But has since disappeared. Where did you find the picture?