John White Alexander (1856-1915) rose from being an orphan to the upper reaches of the Art Establishment of his day, as is mentioned here. This was because he was technically very good and could create some interesting, though sometimes stylized, images.

The paintings shown below are neither formal, commissioned portraits nor the stylized works just mentioned. Instead, they seems to be more like exercises or experiments Alexander did when not working on major assignments.

This selection shows women dressed in green gowns. It happens that green seems to be a difficult color for many artists to work with, especially when the main subjects are people. For example, the somewhat orange color of skin often stands out sharply when placed in a woodsy or grassy landscape setting. For that reason, artists need to take special care to create paintings with that subject matter that are harmonious in terms of color. So even though Alexander was painting interior scenes here, he might have been working the flesh-green problem because the results are rather sketchy, unfinished. I note below that he was probably using the same two costumes for his models. 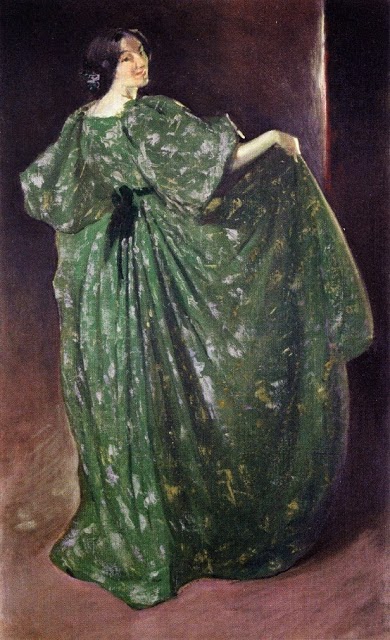 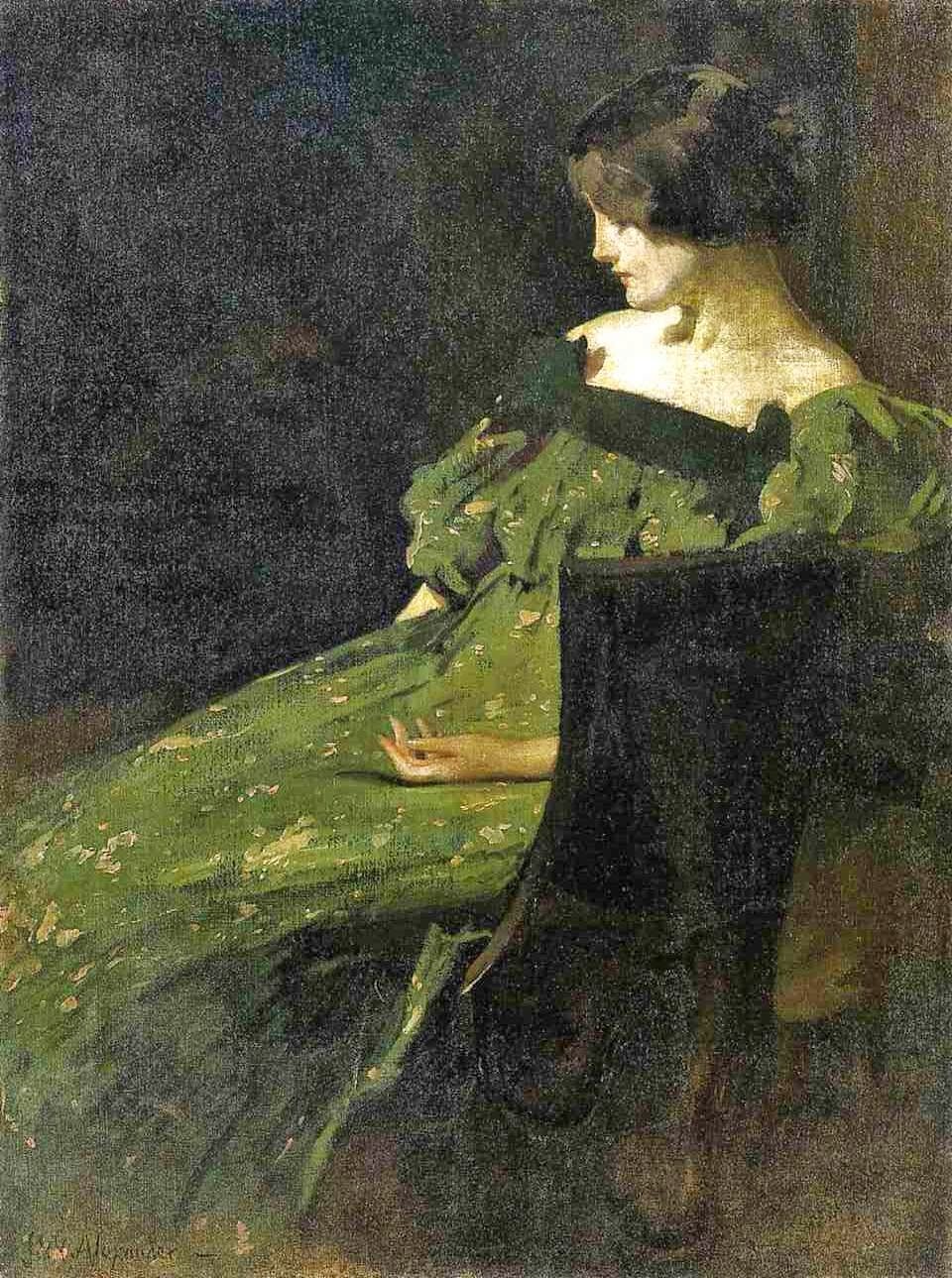 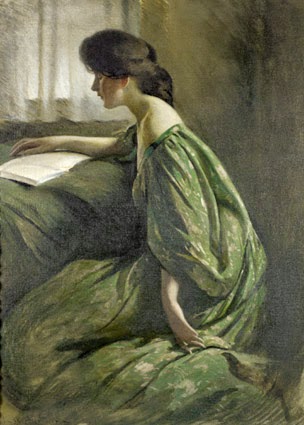 A Quiet Hour - c. 1901
The three paintings shown above feature a billowy gown that might be the same item shown from different model poses.

The images below are of paintings where clearly the same gown is used in all cases.  The model might also be the same. 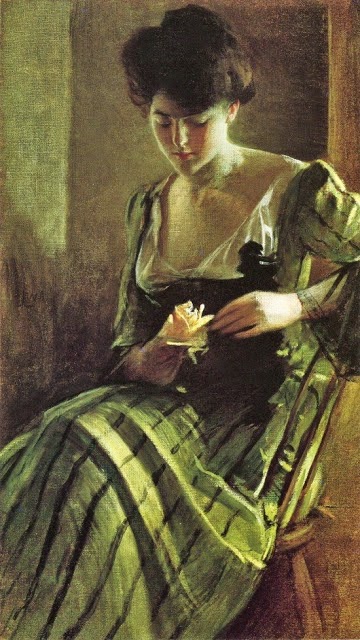 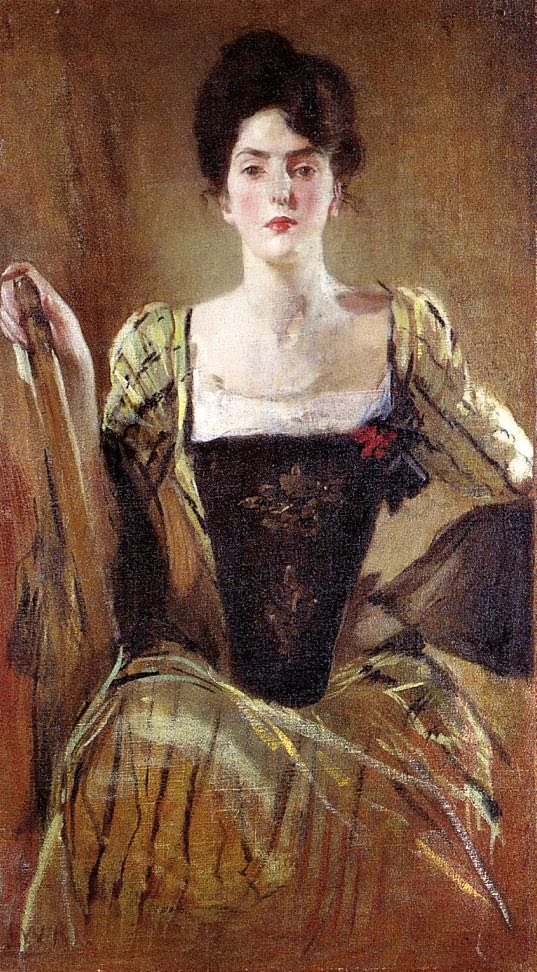 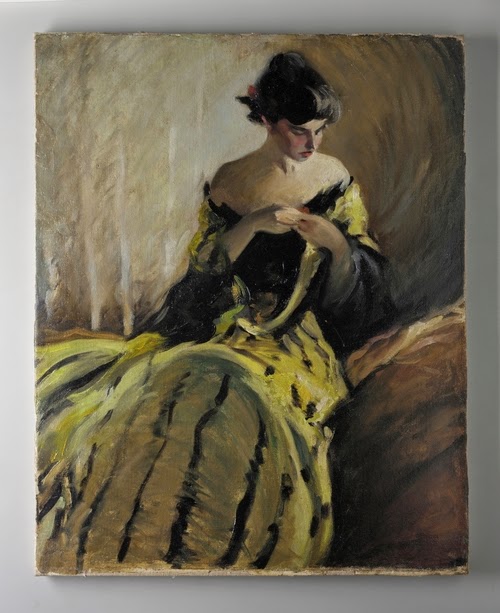 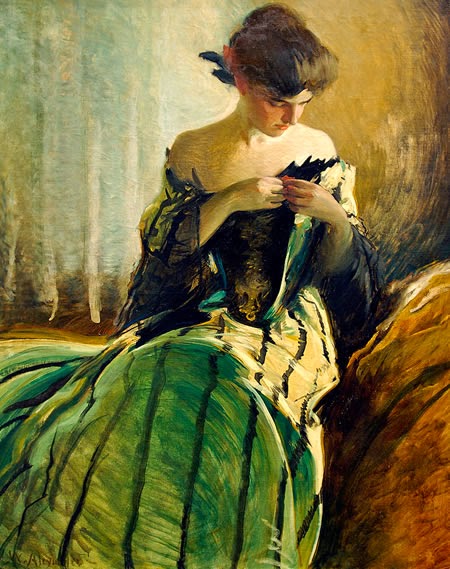 Study in Black and Green - 1906
These two paintings are nearly identical, but the one immediately above is more finished.

The billowy green gown was lovely - loose, comfortable and not remotely corsetted within an inch of the young woman's life. You would expect that by 1906, but not necessarily by 1896.

Hels -- I had to rely on captions from the sources of the images to establish dates. The Web being what it is, skepticism is always required, and I do catch serious errors from time to time. But pre-1920 women's fashions are not something I know a lot about. However, let me note that billowing clothing was in the mode for the art & crafts set in England pre-1900. Maybe in places in the USA too.

Oops I think your dates are absolutely correct. But I was pointing out that many women lived in fashion misery/pain until the 1890s. How beautiful to see young women looking comfortable and uncorsetted. Freedom for women was a slow, gradual progress.