Towards the End: Juan Gris

Juan Gris (1887-1927) died young, not long after his 40th birthday. I wrote a "In the Beginning" post about him, but found too few images to illustrate it properly.

It seems that Gris never quite abandoned Cubism once he was converted to that branch of modernist painting. The images below that concentrate on the last year or two of his life are mostly in the so-called Synthetic Cubism vein, though there are dashes of other influences such as the "return to order," a post- Great War introduction of classical themes by modernist painters such as Picasso. 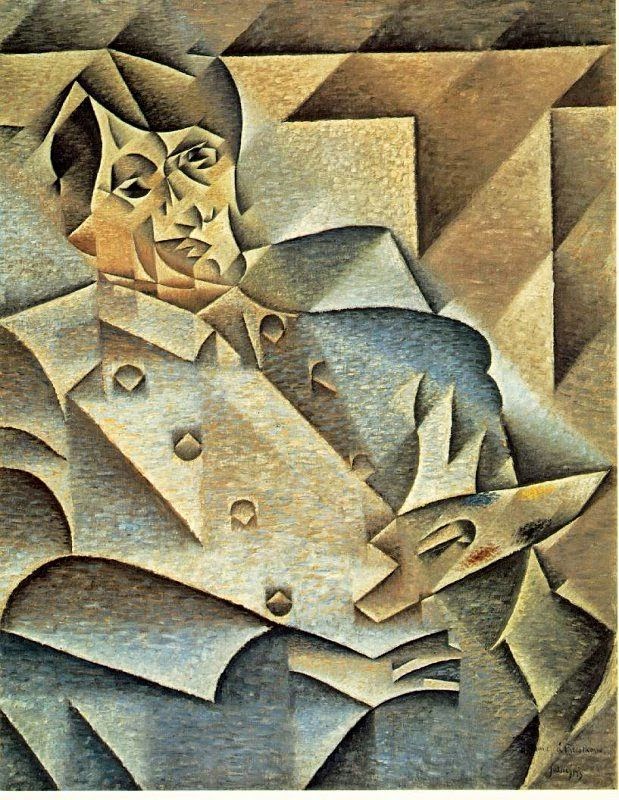 Portrait of Pablo Picasso - 1912
An example of Gris' early cubist art. Gris had some technical education and preferred a tidier form of Cubism than Picasso himself used. Gris would establish a geometry-based structure for many of his works. In this painting, note the parallel lines flanking the buttons on Picasso's garment. At right-angles to these are some background lines in the upper-right part of the painting. Also note the vertical and horizontal motifs in that area. 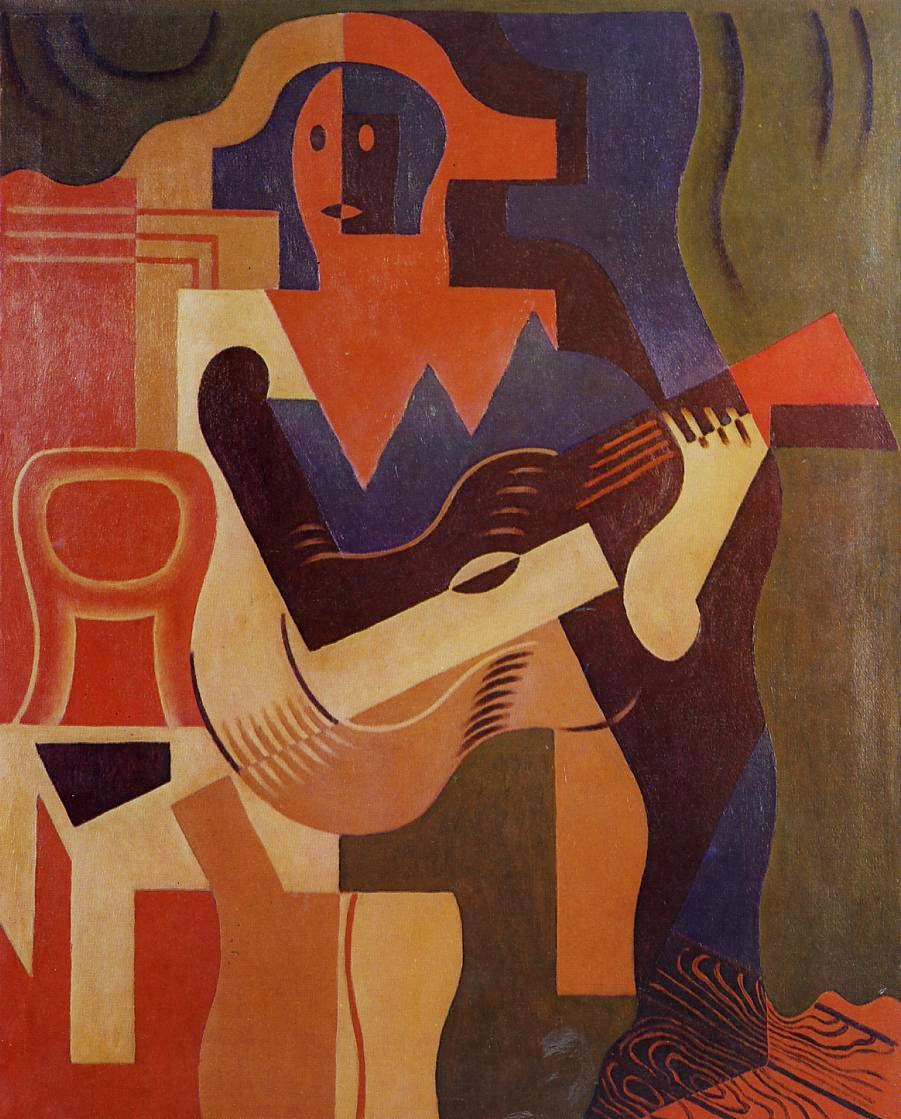 Harlequin with Guitar - 1919
Painted towards the end of Synthetic Cubism's stylistic run. Gris included guitars in many of his paintings. 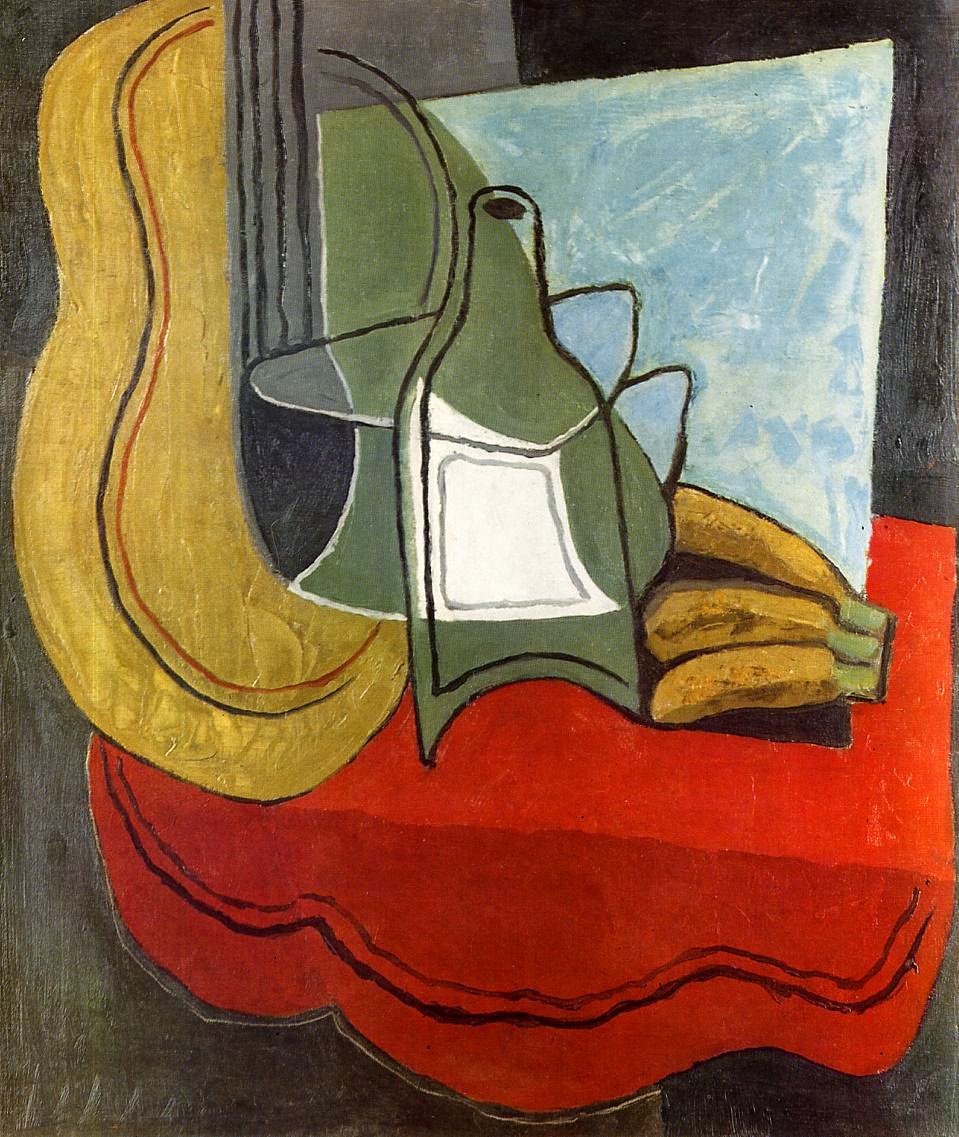 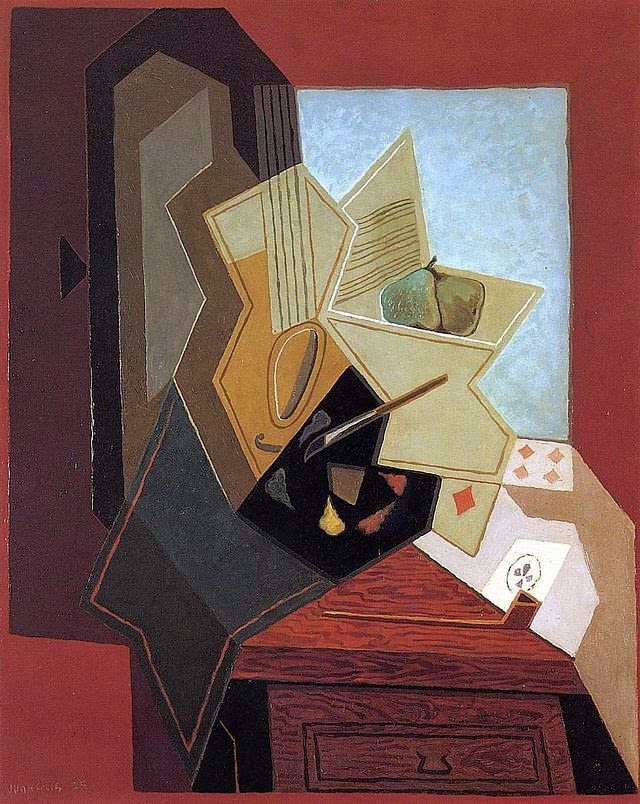 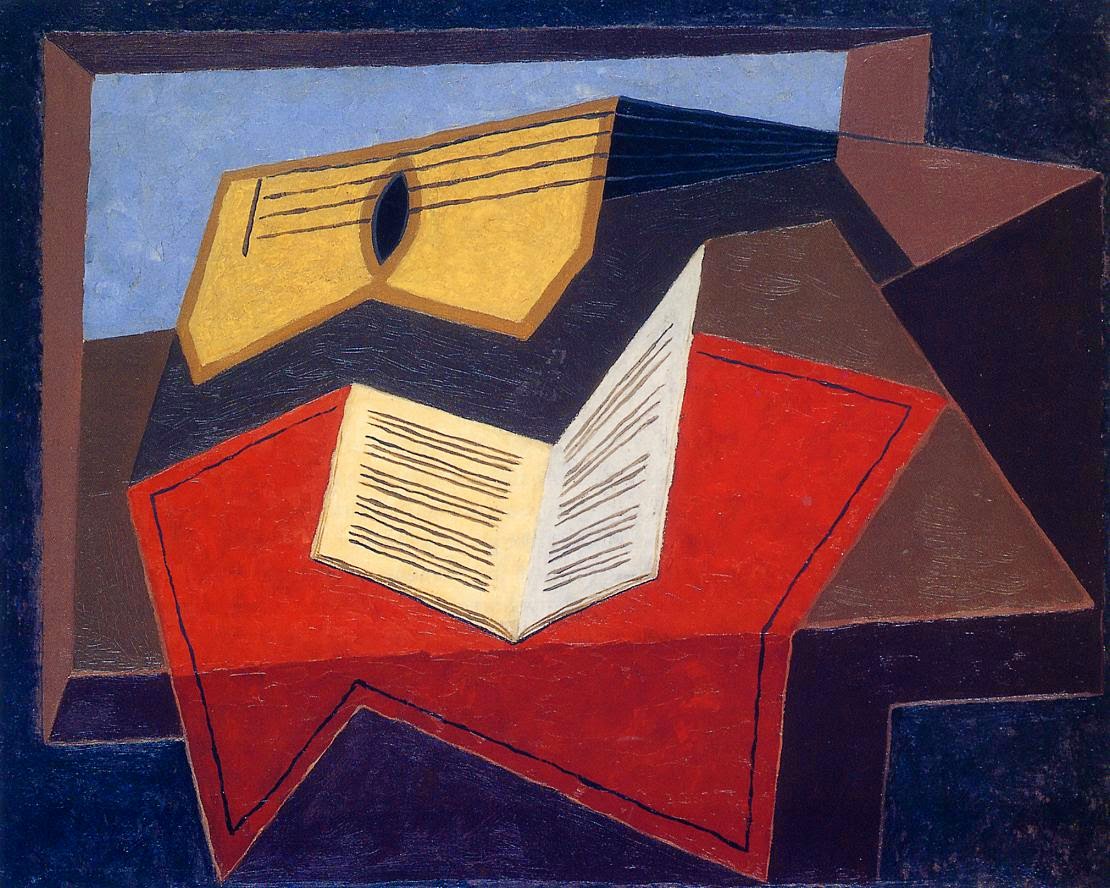 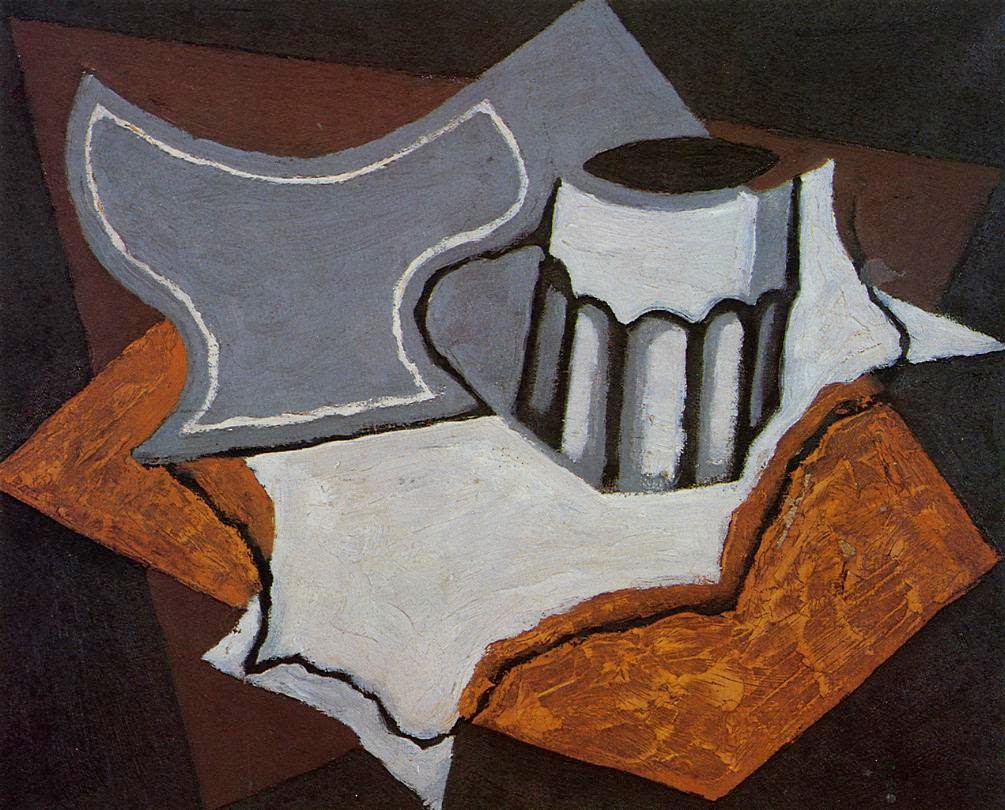 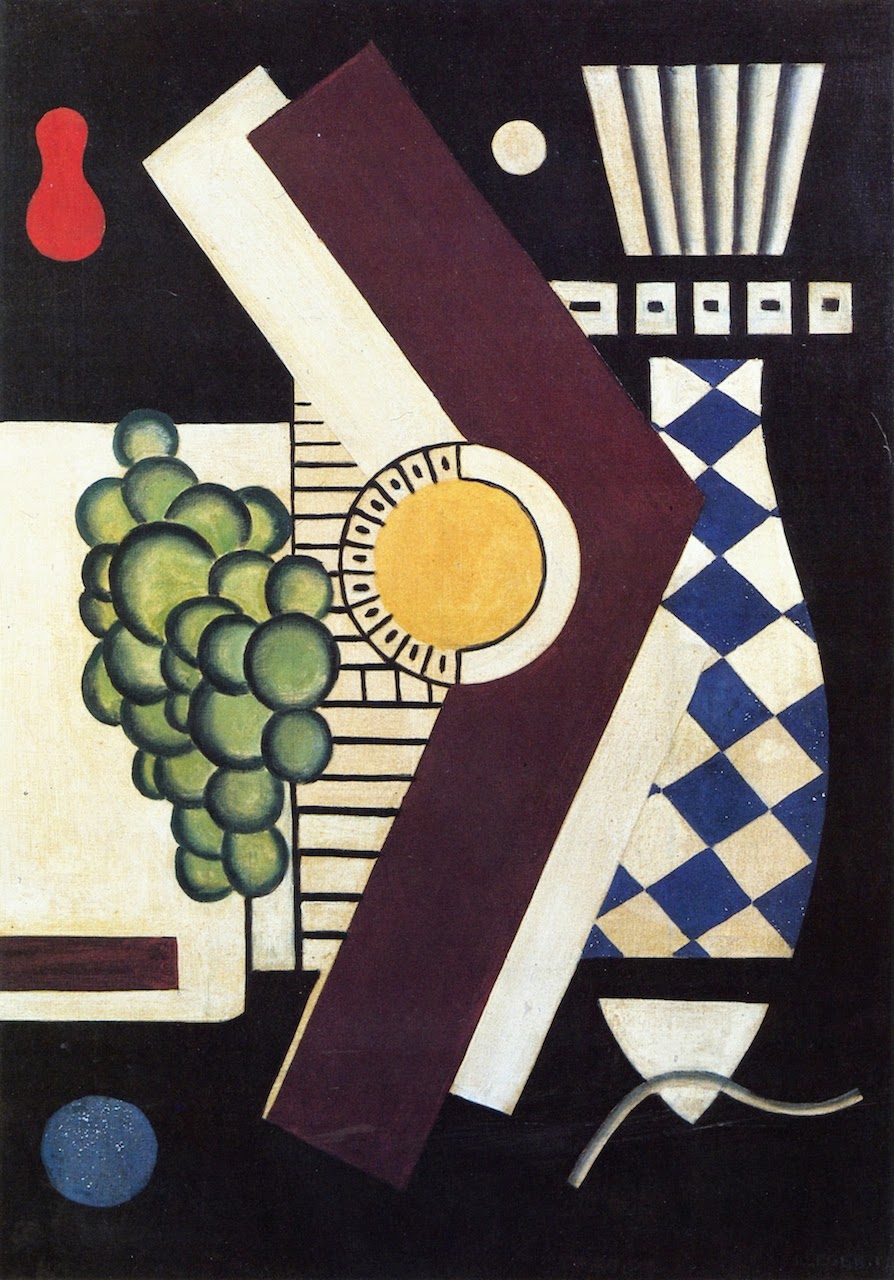 Bunch of Grapes and Fish - 1927
I found this in the Athenaeum site in its Juan Gris grouping. It has plenty of geometric character, but doesn't look like other Gris paintings. Is it truly a Gris? 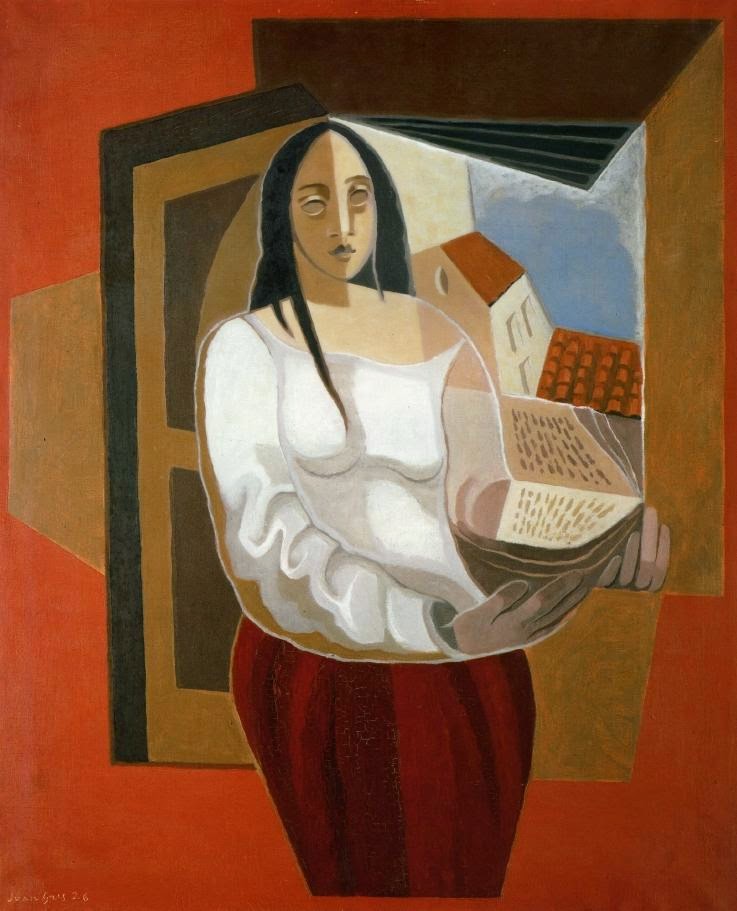 The Reader - 1926
A human subject with a cubist touch in terms of the shading pattern on her face. Plenty of Gris-type geometrized (is that a real word? ...well, you ought to get its meaning) background material. 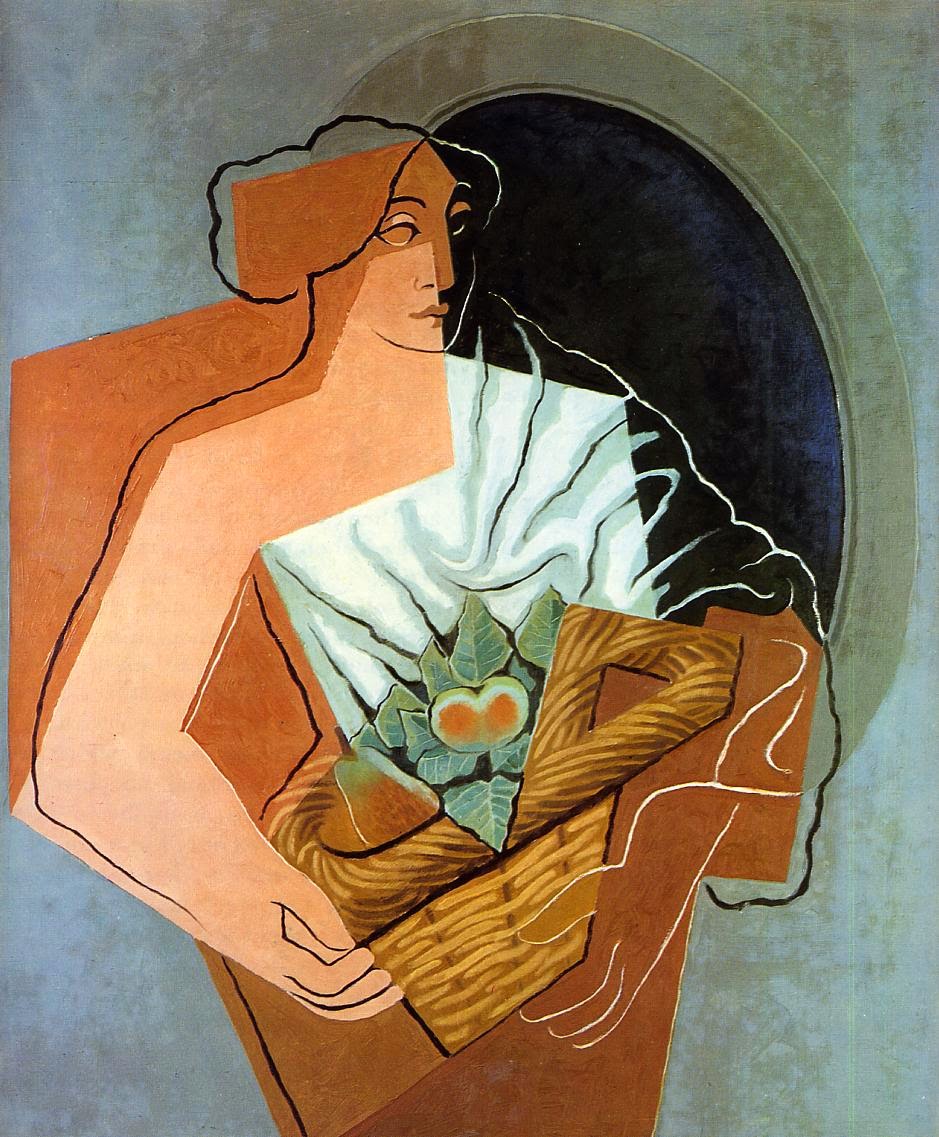 Woman with Basket - 1927
A women painted the next year, but entirely different in spirit. She looks classical like other modernists had been painting in the early 1920s. Comparatively few straight lines here, mostly found on the basket and in its vicinity.